Does anyone know if they [Travelin-Lite] have an e-mail adress? Can't find one on the web site. Not even a contact form...

Nice one, good to know.
Top

They look really good, definitely be interested when these come out.
Top

These look good, any idea on price yet?

Just seen on Instagram that they are taking orders for them now....it says be quick, as they are only getting 70 sets initially.
Price is £465
Top

Stedlocks, do you know if they had spoilers for a tailgate?
Cheers
Top

Give em a ring....theyre nice people down there

Hello, they are very beautiful, but alas what to see the construction and performance of the headlights, in the T6 were not good greetings.
Top

Extremely tempted to risk possible divorce and go out and buy these. 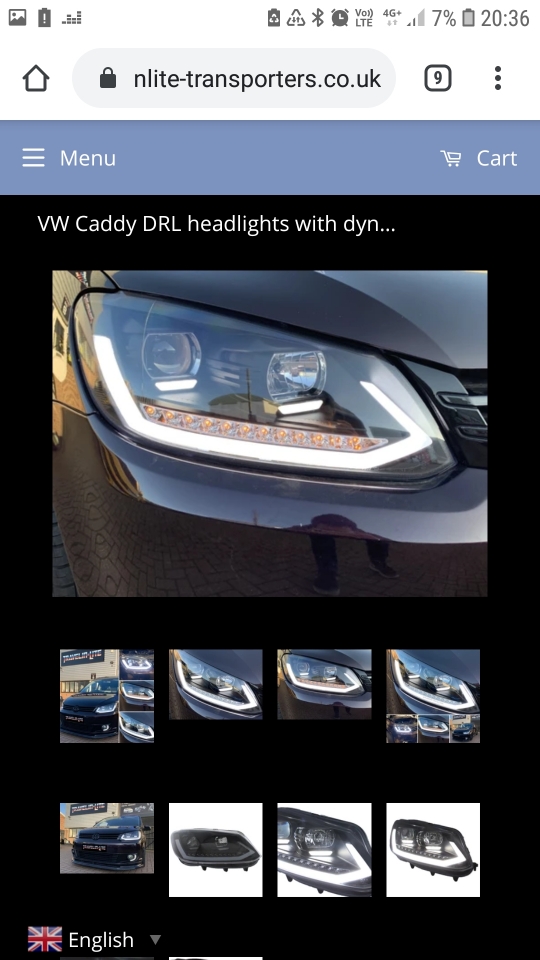 That’s commitment to the caddy cause @ DeanWhit......just remember, she’ll probably take you to the cleaners then you’ll have no mod money. Just get ‘em, fit ‘em and say nothing

Well, that sucked donkeys behind...

Just got the reply from Travelin Lite about RHD and LHD lights.

And guess what? They'll only have for RHD.

Would that be because they are a UK company?

I've seen the development and prototypes of these.... I've watched the one bloke who literally strips them and checks them too..... They've invested a lot of time into getting these made correctly......l'd hazard a guess they wouldn't sell many to overseas buyers.
Top

Stedlocks wrote:Would that be because they are a UK company?

I've seen the development and prototypes of these.... I've watched the one bloke who literally strips them and checks them too..... They've invested a lot of time into getting these made correctly......l'd hazard a guess they wouldn't sell many to overseas buyers.

This is my first encounter with the company, based on these headlights, but I wouldn't come to any assumptions, if you have a look at their transporter headlights you can see that the LHD lights ARE available, so maybe its somthing they will get to at a later stage?

Probably best if you call them and ask them what their plan is..

How did you see the development and prototypes of these?
That does reassure me though! I'm glad.

I have just ordered some today, as I need to replace both headlights anyway and these are the best looking headlights I've seen for the caddy2k..

I called them prior, they confirmed that they have been tested for at least a month plus have been going backwards and forwards to make improvements and that they also come with 1 years warranty - which was the deal breaker for me, so am happy to give these a go

Will post pics in due time, mid march so I have been told