Doc wrote:I thought Dan's rendering from the spy photos was a very good representation of what's under the camouflage wrap. What is it that you say looks nothing alike as I see quite a resemblance?

Oh sorry if I was unclear, Dan's rendering is fantastic and gives a great idea of what's underneath the camo on the prototype having been spotted. What boggles me is why release a concept sketch this late that looks nothing like the prototype? Will there be different versions of the Caddy?

Its like any new model, they want to generate interest in it before its released. The concept renderings make it look incredible and unreleastic, but to the keen eye will give away subtle details.

As an example, this is the rendering Porsche used to hint at the latest model. Looks similar but is more of a sketch.

Watch this space as I'm currently creating another sketch from the prototype, this time from the rear 3/4 and some of the details coming out are definitely interesting, I missed them on the other sketch.

I've managed to pull a few details from the latest spy shots where the Caddy has a tailgate and some interesting features have emerged.

First off is the swage line running down the side has a little flare in it near the back arch which the concept rendering has (gives the arch the illusion of being flared) and towards the front it appears to finish at an angle 2/3rds down the wing, before where it meets the headlight.

The door handles look to be more like current Golf/Arteon style.

There's a lot going on in the tailgate design, hard to decipher, but looks to have a buttress where the rear window is inset. I think there's going to be a black trim around that much like the rendering. 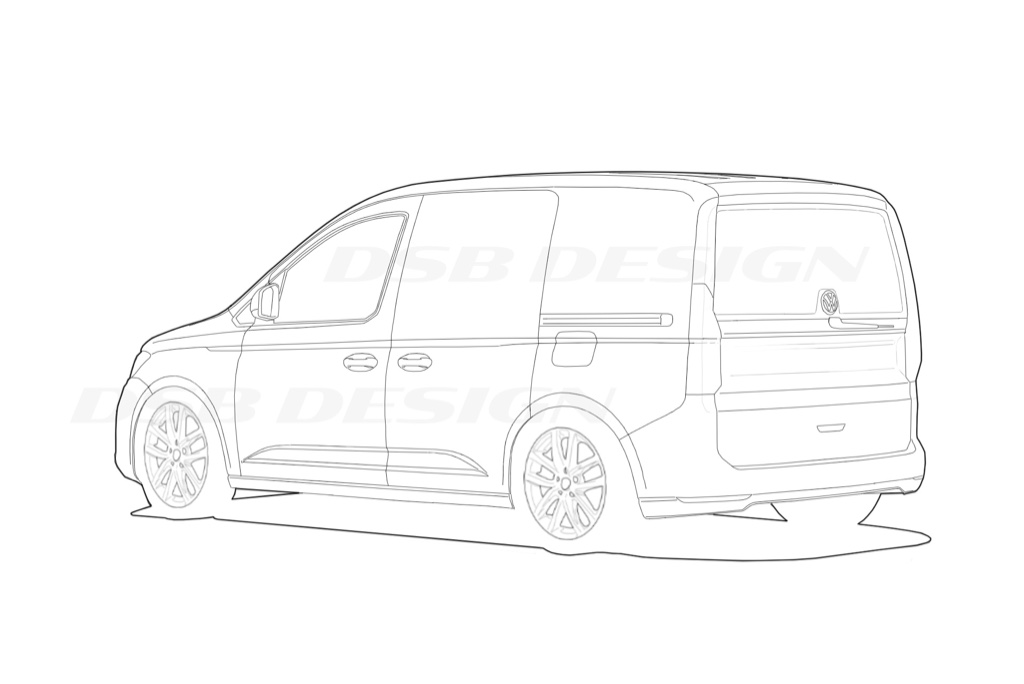 Someone else has a go at it, but made it look like a modified mk4. Mine though is taken directly off the prototype so the lines are perhaps more likely. They’ve taken some of the details and overlaid them onto a mk4 which is less likely - VW and Ford will be keen to have something new and fresh, especially as caddy sales are flagging due to dieselgate and because it’s now considered a bit behind the competition.

I wonder if the fuel flap has been moved on the prototype because the fuel tank is in a different place to allow room for the new suspension setup.

I’ve been cleaning up a few lines and looking at lots of prototype photos to try and get the lines as close as possible. In all the shots I’ve seen there’s some sort of honeycomb grill in the front bumper and the concept drawing references it too. I also wonder if the thin line between the tail lights is actually a light/reflector which is also hinted at in the concept rendering.

Nice work on the renderings mate.

I'm liking the look of the next gen Caddy!
Top

Someone put this on Facebook caddy page the other day, not sure who’s seen it so I thought I’d put on here, I think it’s a photoshop based on the comments
Instagram @berger2k
Top

They’re the pics kreutz linked to. It’s definitely a photoshop based on a mk4 caddy. Some of the details are close but I don’t think it’s going to look like that based on the prototypes being driven about. Plus, the tie in with Ford will mean it’s going to look slightly more Connect like which is what a lot of people have said about my line drawings. The front ends will be where there are family design cues as it’s cheap in production terms to change bumpers and lights but the tailgate I think will be very similar between both models, just badged differently.

I've been looking for a release date, looks like that guy on Facebook has some information that it'll be out 1st of February. I was thinking of booking a trip to Geneva motor show but that might be a month too late.


I have genuine VCDS Hex V2, VagCAN Pro, KESS, K-Tag for any of your programming needs.
Top

Was looking for information if the new Caddy would be getting the 1.5 TGI engine and found that it would and that the official release will be on February 20 in Dusseldorf, from this article; https://logistra.de/news/nfz-fuhrpark-l ... 16943.html 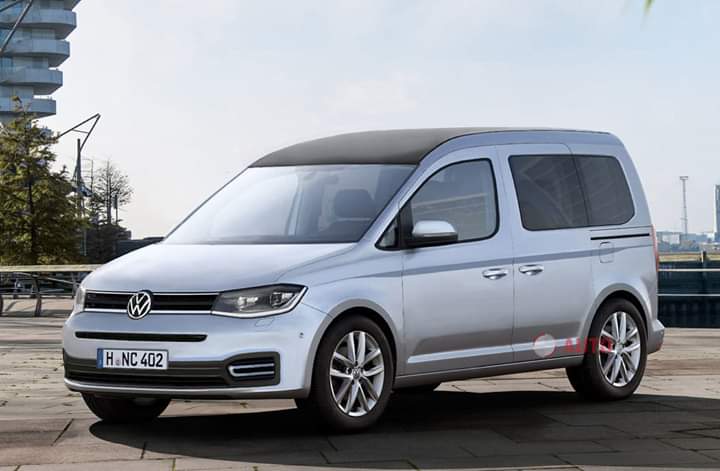 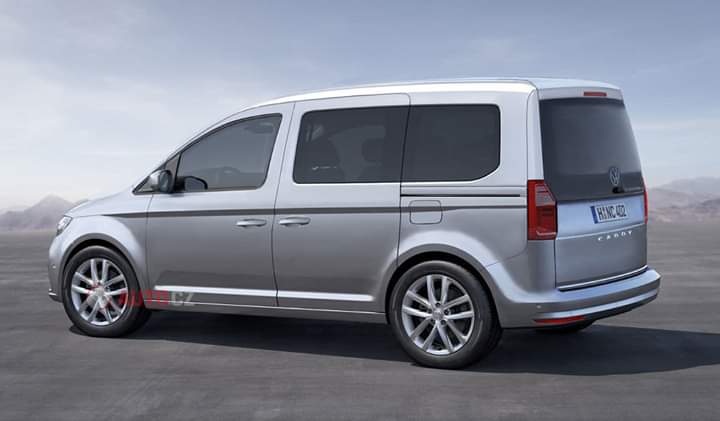 Not too keen on that one tbh