Changed rear headliner about a month ago added 8 spotlights and removed standard light.
If I'm honest I bodged it in, twisting wires together and, if I remember rightly connected two standard wires together to one spotlight wire then (brown i think, to the other) I noticed yesterday it turns on with unlocking, and off with locking, otherwise it's on when van is on, didn't realise this before as i have made a solid bulkhead, when im the back with the barn doors open and keys in the lock the van locks itself after about 30 seconds and lights turn off
(Picture 1)

Then over the weekend I removed and carpeted front headliner and overhead storage, while doing this I thought I'd add a switch to 2 spotlights I mounted into headliner
(Switch on picture 2)
All this runs fine, is the only light I have so have been using it alot!
Fused and wired straight from battery and an earth

After installing those I went to remove interior light and snapped a connector which connects to the sliding switch (so it's dead).
But I though no worries I can just stick to my plan of adding another spotlight to the same spot ( I carpeted over the opening, plan was just to stick a spotlight in the same place)
Then cut the standard connector off and tried wiring it in to the spotlight. Couldn't work it out, ended up blowing 3 fuses trying every combination wires (yea I know lol) that's when I started this thread.

When you sent the drawing over I tried that, wires were only twisted together at that point.

Stopped off after work today to get some proper connectors and to get a new switch, tried again...... Got light but still not doing what I need it to do.
I just want it to turn off!!!!!

So that's were I am

Could it be something to do with the back?
I wouldn't have thought so considering the front standard light worked fine for all this time? 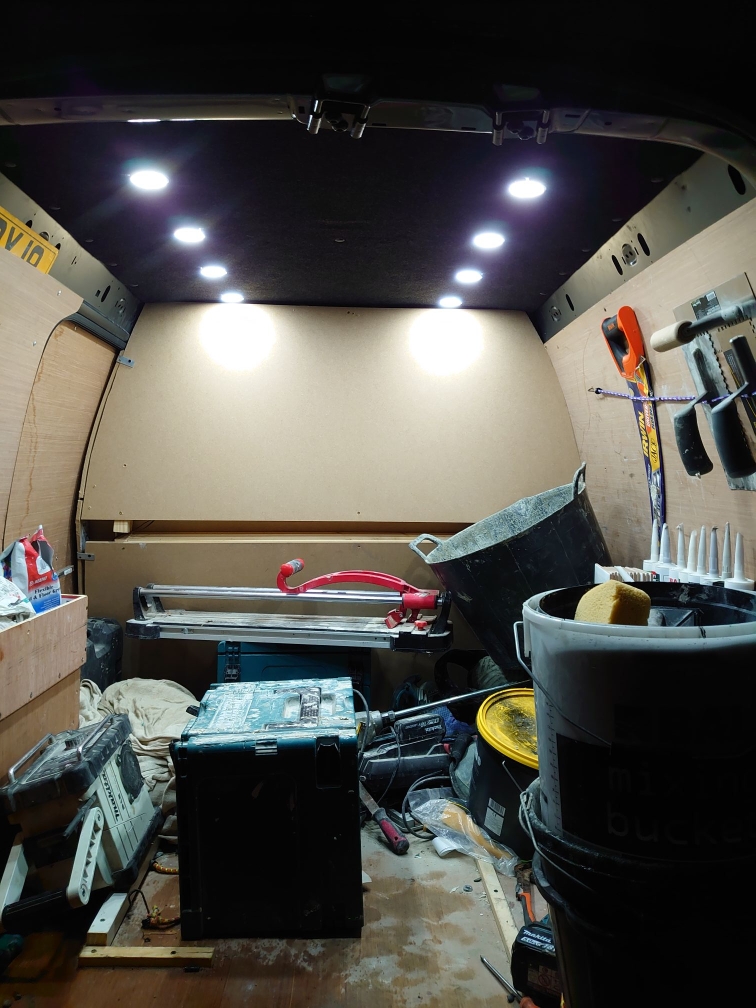 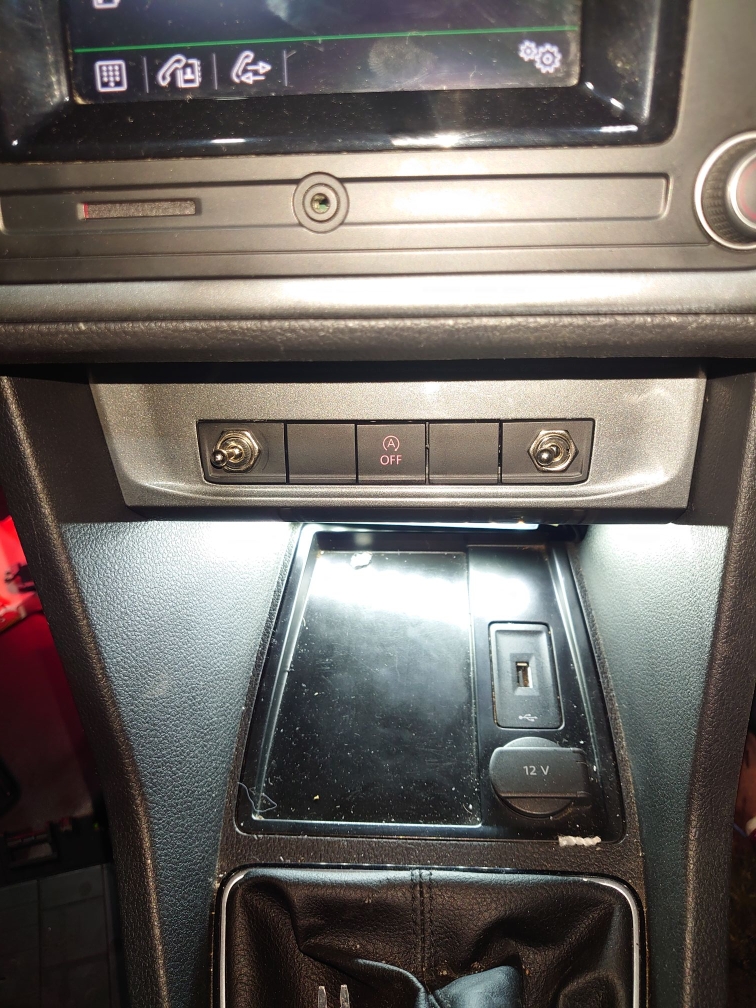 Could it be Iv bodged the back? Could it somehow be mirroring the rear wiring? If I fixed the rear properly as in your diagram do you think this could fix the front?
Iv read a previous post of a user (which you sent the same image to) saying he's basically done what I did in the back, lights come on when unlocking and go off when locking.
Could it somehow be running off that setup in the front?
So if I fix the rear, maybe the front would follow suit? I'm just clutching at straws now mate lol, when you asked about the back, it just made me thing maybe?

I think first you have to undo those wires in the back, it's definitely wrong to leave them like that, you may blow up something. I think we have to start from the beginning and do it properly.
If you want to have the lights On all the time thats fine, but use only the Red and Brown wires, leave the blue disconnected. That's for the back. Or wire in the switch as I posted earlier. So you'll have an option to have it permanently On or On with open door.

Yea that's just dawned on me aswel!!!
I'm all for doing things properly but always been a bit of a bogde when I didn't know how lol.
Ok mate will get on that in the morning and see how it goes, I'll remove rear headliner and wire it up to a switch like you said to do in the front.
Then hopefully that will make the front work right!!!!
Thanks alot for your help mate, I really appreciate it, I'll get back to you tomoz

No worries mate, hope it all goes well for you

Switch in back same as front, no change, pulling my hair out lol still either on or off, doors make no difference

Na mate, either on, off or very dim like my post the other day with the pics. When it's on, I can lock the van, it will go off, unlock the van it will come on, and stay on, forever, now same with the back.
The back didn't have 2 wires twisted together after all, the blue wasn't in use.
Now the back is wired in exactly the same as the front, with everything in the same positions

Ok, so when connected to Red and Blue wires it's only dim light? If that's the case, I'm afraid you may have damaged that part of the control circuit by shorting red and blue together...
Caddy 4, Highline, 1.4 TSI
Build thread https://www.caddy2k.com/forum/viewtopic ... 13&t=37368
Top

Yep that's how it's looking then, shouldn't the dim light still turn on and off with the doors? I'm gonna get a standard switch soon and try it with that cause I'm sure that worked after I played around with the back. We will see!

If that is the case.... Is there any fixing that?

In the worst case scenario you'll need to replace BCM. Perhaps it can be repaired, but that's not possible to tell without actually looking into it.
Caddy 4, Highline, 1.4 TSI
Build thread https://www.caddy2k.com/forum/viewtopic ... 13&t=37368
Top

Ok mate I'll look into it, thanks for your time and help

Fixed it!!!!! Was reading up and a few places said to disconnect battery for 15 mins and that can sometimes reset BCM, did that then thought to fault check with the carista cheap diagnostic thing I got off eBay, alotttt of interior light faults came up, reset them all and what do you know, It only works!!!
What a relief!
Thanks again for all the tips mate I'll remember that in the future haha