All think you'll know for the next one right :p I think that a couple of hours well spent, i have certainly spent longer and achieved less!
Top

I’ve been tempted to facelift the front end, so mibbie’s next year

Coded and fogs functioning as DRL’s 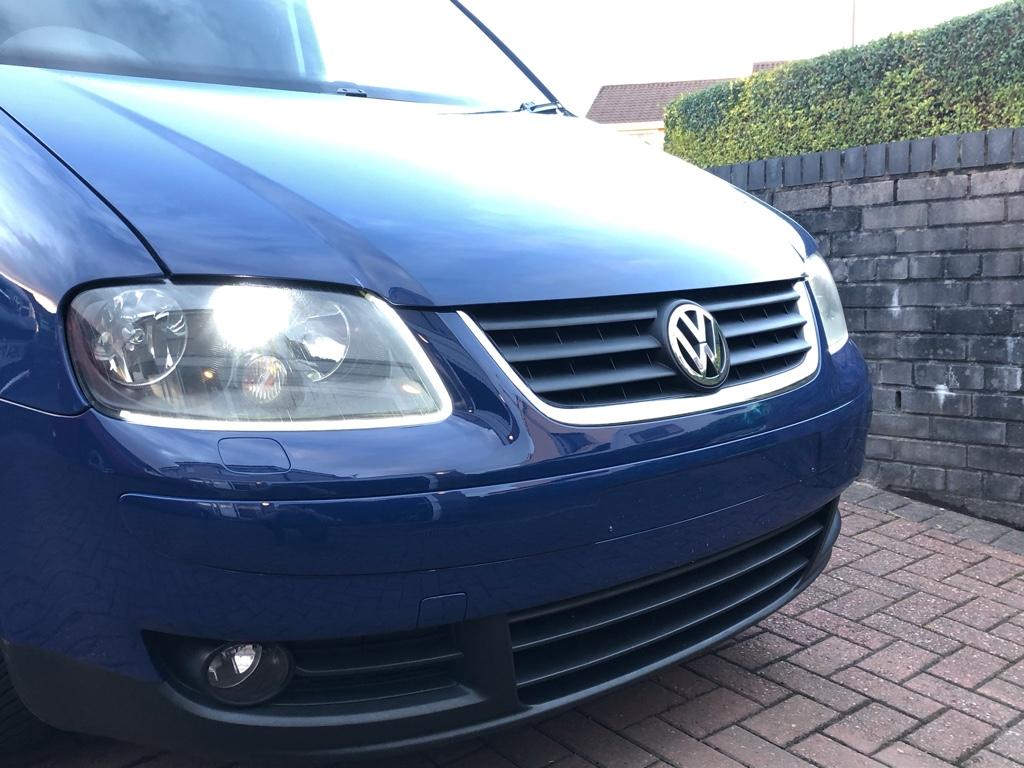 Here’s a wee clip of them in action

And a clip of the Dynamic indicators in the lights working too...

And I even managed to undo my cruise control, ach well, tomorrow’s another day...

Hi Chris, how did you get the indicators sweeping? I’ve tried but had nothing but problems with mine that I fitted. Worked ok with the ignition off but soon as the engine was running they just flickered

Wired the DRL/dynamic indicator directly in to the side and indicator bulb holders inside the headlight unit to ensure the same supplies were used to remove the possibility of feedback/interference from the other wires, not sure if its a thing with Caddy’s or not but didn’t want to take the chance.

Also worked when I wired it into the fog lights, however when the side lights came on and the fogs went off so did the DRL’s, I wasn’t a fan of that mode, so put them back to the sidelight connection.

Are your indicator lights LED’s or halogens? If LED’s it might be worth swapping to halogens to see if it makes a difference, mine are still halogens.

Have you tried coding out the CANbus error checks for the indicators?

It should be possible to use a solid state delay off switch (with for example a 1 second off delay) to control the dynamic indicators.

After seeing the problems you were having I started to look into making a small circuit/SS switch, however the ones that arrived worked a treat!

Thanks, thanks some really good info you’ve provided there! Yeh I’m starting to look at custom modules now but the stuff you’ve fed me there has given me enough food for thought

mine are the cheap Chinese style and I’m guessing the canbus doesn’t agree with them as I’ve tried resistors/different bulbs etc. The module I used was a step down one but it seemed to be able to allow more voltage through which was good and cured the flicker but it still wasn’t stable enough for my liking and wasn’t very smooth like yours either! Guess first thing to do is try a different brand

cheers and good luck with the van. Cracking effort so far

Thought I’d strip down a few surplus wiring looms to recycle the wires, clips, plugs and sockets. Ended up with quite a mix of wiring and connectors, result! 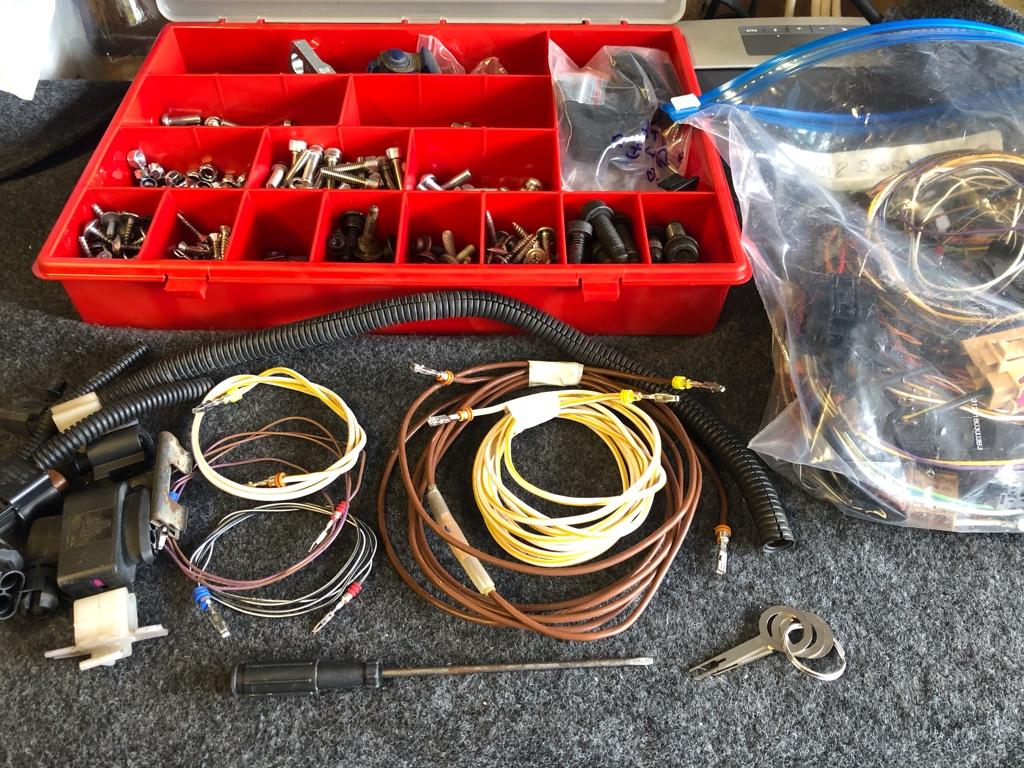 And did a quick, temporary bodge to the back box with some steel cable ties to stop the annoying rattle... 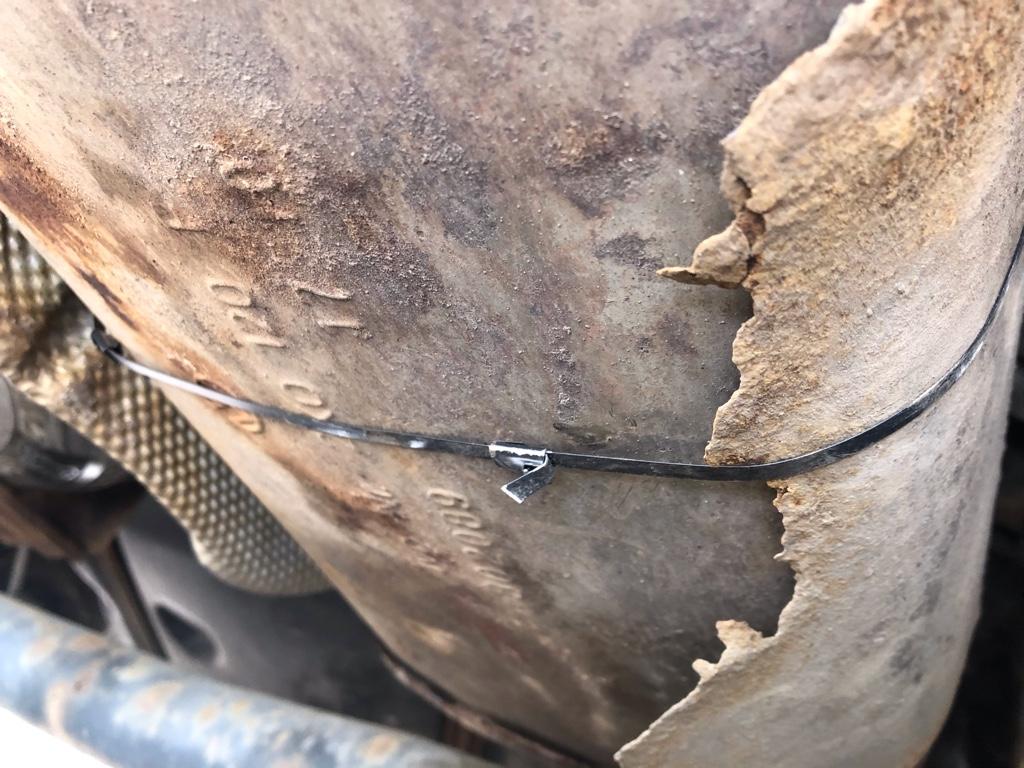 And after a quick inspection of the rest of the exhaust, I think a new one is the order of the day! 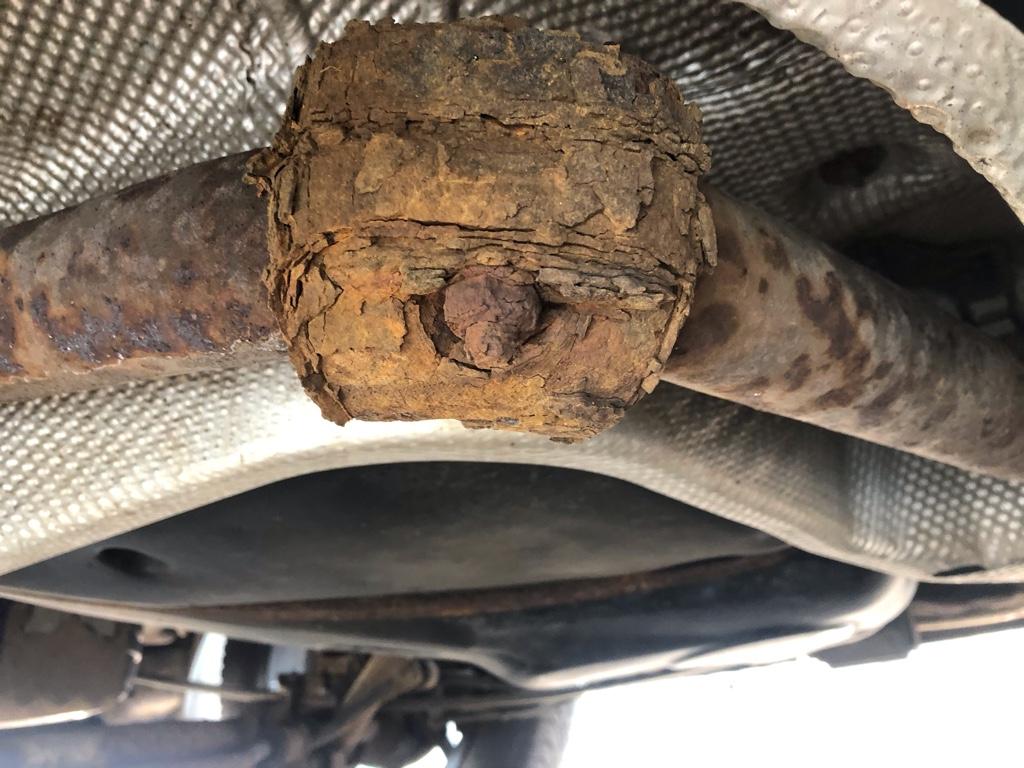 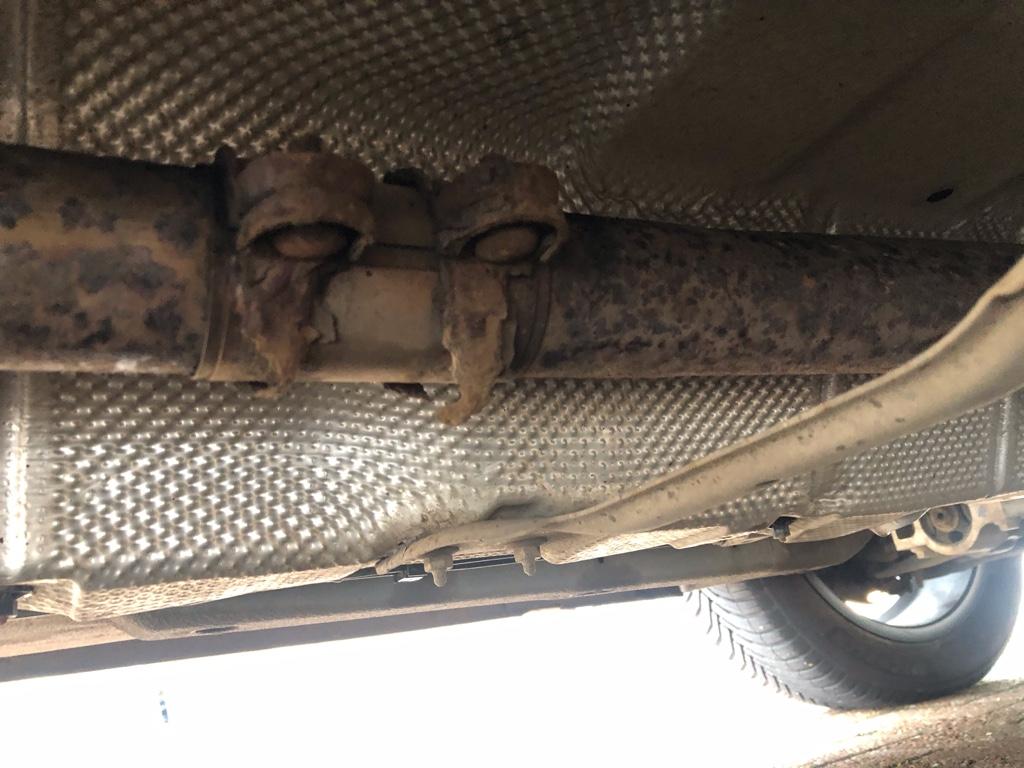 So, that’s be a new exhaust, back box delete, carbon tail pipe, new bumper to suit the tail pipe and possibly an “old skool” cherry bomb box in the middle section

Oh, and it’d be a sin not to lower her at the same time... better start saving!

Popped the bike in the back to see how it looked after the carpeting, still looks good 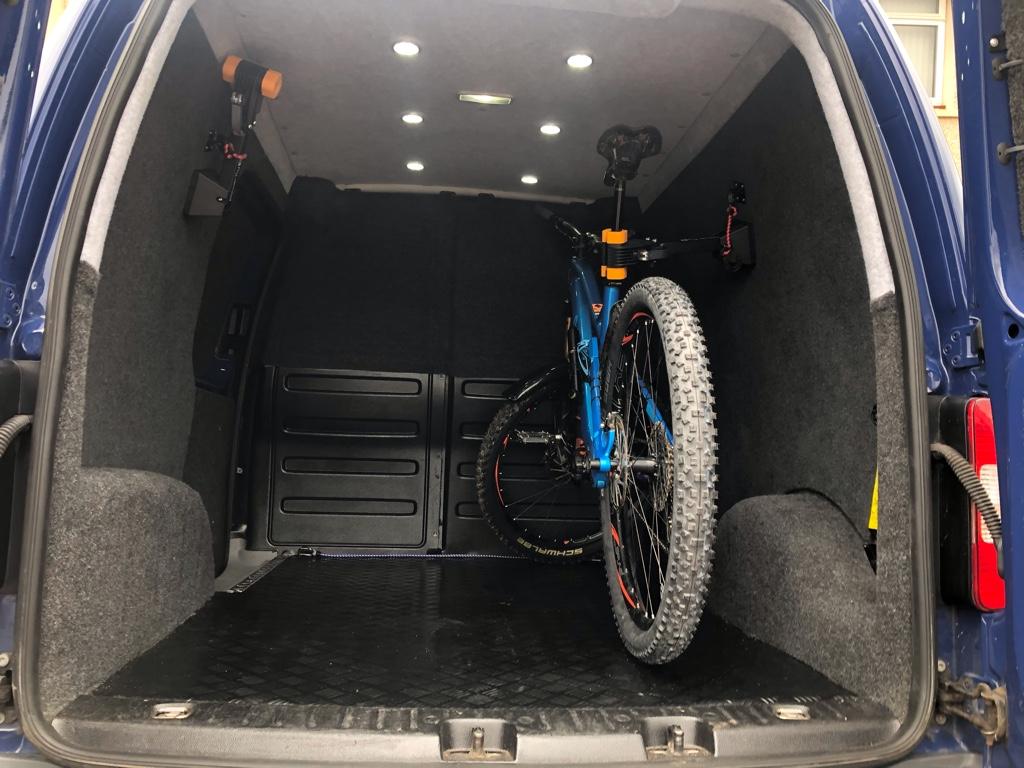 Hopefully be able to travel soon

When you fitted the touran door cards did you need to make any mods for them to fit?

Sent from my EML-L29 using Tapatalk

yeah, the top front section needs trimmed to fit round the mirror brackets, easy done as you can use the caddy cards as a template

There’s a good how too in the technical section that guides you through the whole process.

I left the existing caddy window supports in place and modded them to fit the Touran electrics as the bloke that removed them from the donor Touran drilled out a few of the rivets to get the panels off and I didn’t notice at the time, rookie error on my part, could have negotiated a bit more off them! Easily fixed with some rivnuts and a drill though

Is it possible to just replace the mirror cover for a touran one rather than hacking away some of the door card?

Sent from my EML-L29 using Tapatalk

[mention]Mouse [/mention] No, don’t think so, the Touran mirrors are not a straight fit, folks mod the existing mounts to fit Touran mirrors on, a lot of work to make them fit, however the inside stays the same.

It took about 5mins to trace the old door card, cutout the shape, transfer the shape to the Touran cards and cut them out with a Dremel.

This is the little section that you need to mark out and cut off, the number was the distance from my reference point starting 747mm from the other end to give me the same starting point, others may have a different number. 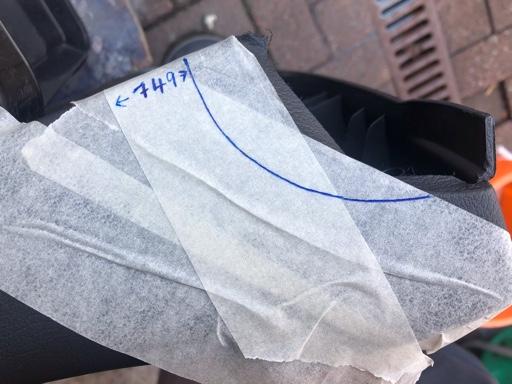 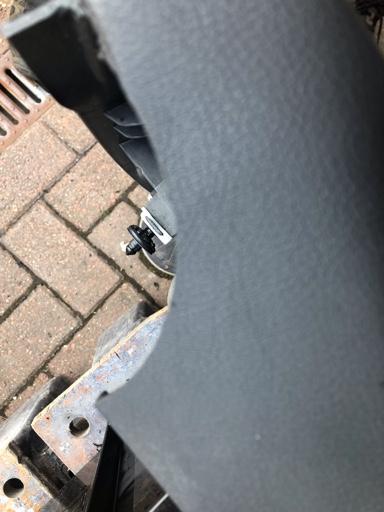 Coded in footwell lights to my replacement CECM this morning.

The differences on plug B (highlighted in orange) were... 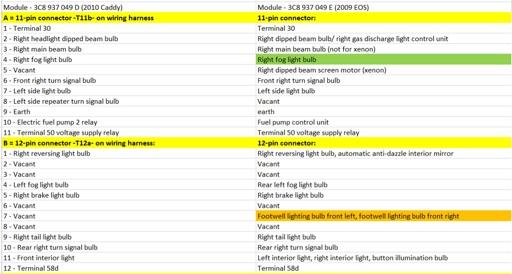 Installed a test wire into plug B 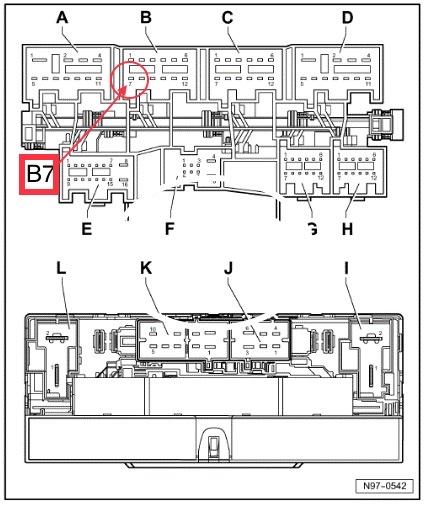 Coded the module to my van... 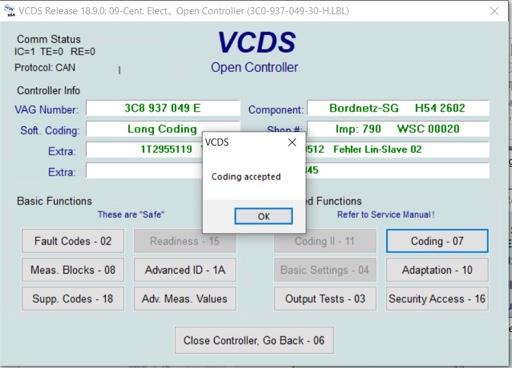 Ran a test, all working as factory, then gave it try, result!!!!

I didn’t change the van to a car in the other CM, left as a van

Need to head to the scrappy’s next week to pick up a couple of light fittings from a Golf, pop in some red LED’s, get them wired up and installed

[mention]Papa Bear [/mention] should be sorted now, missed out a space