So, today around lunch time, on a beautiful summers day with light breeze, I was unloading my van outside my workshop today and this happened!

I was just getting out of my van and at the door one leg in and one leg out and a live power cable just dropped from the sky for no apparent reason at all. Without exaggeration it flew past my nose around. 18” away and settled on my wing, its still there now 4 hours later.

I’m really shaken up as its sunk in how close I came to be fried!

The first responder Scottish power guy was with me in 10 mins as he lives in the village and said In his 41 years in the job he hasn’t seen such a close shave!

What’s worse is that only 7 weeks ago all 5 poles and cables on my land were replaced by Scottish power.

What angers me the most is the first responder telling me following his initial assessment that the cable had been crimped too tightly in his opinion and burnt off the poles’s terminal (see red arrow).

This could’ve wiped me out but more importantly could have wiped my grandchild, wife or children out! Yes the van is damaged but this could have been a real tragedy today seemingly due to someones incompetence!

Any forum members who can advise or guide me on what my rights in this instance guys??

Zoom in to see cable, came off where red arrow is and left hanging in my garden (green arrows) 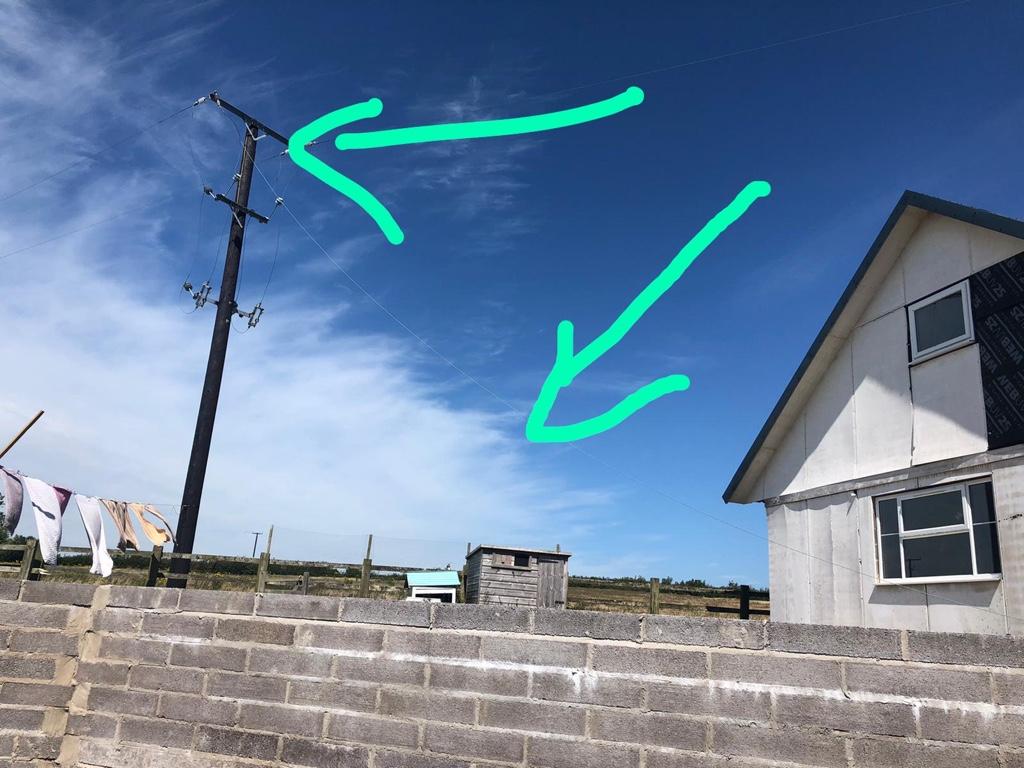 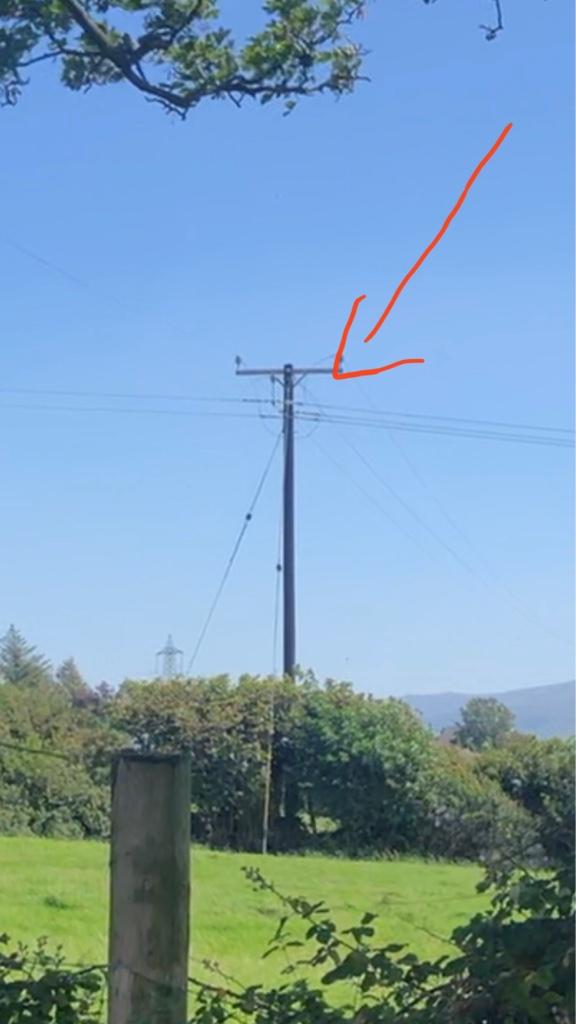 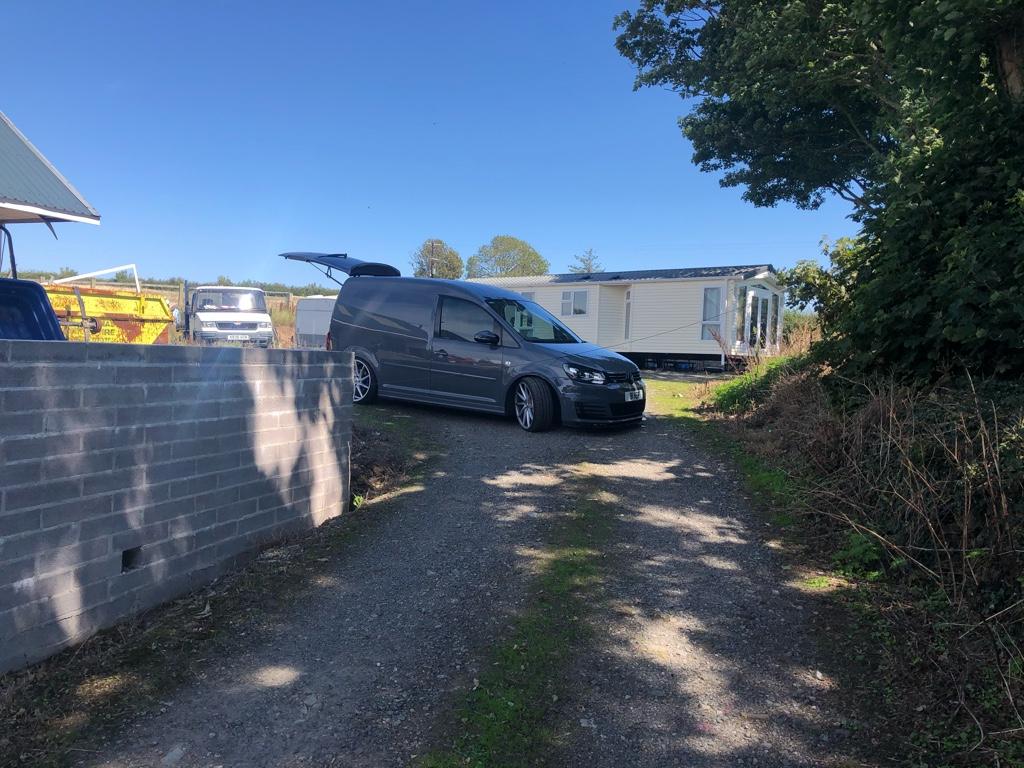 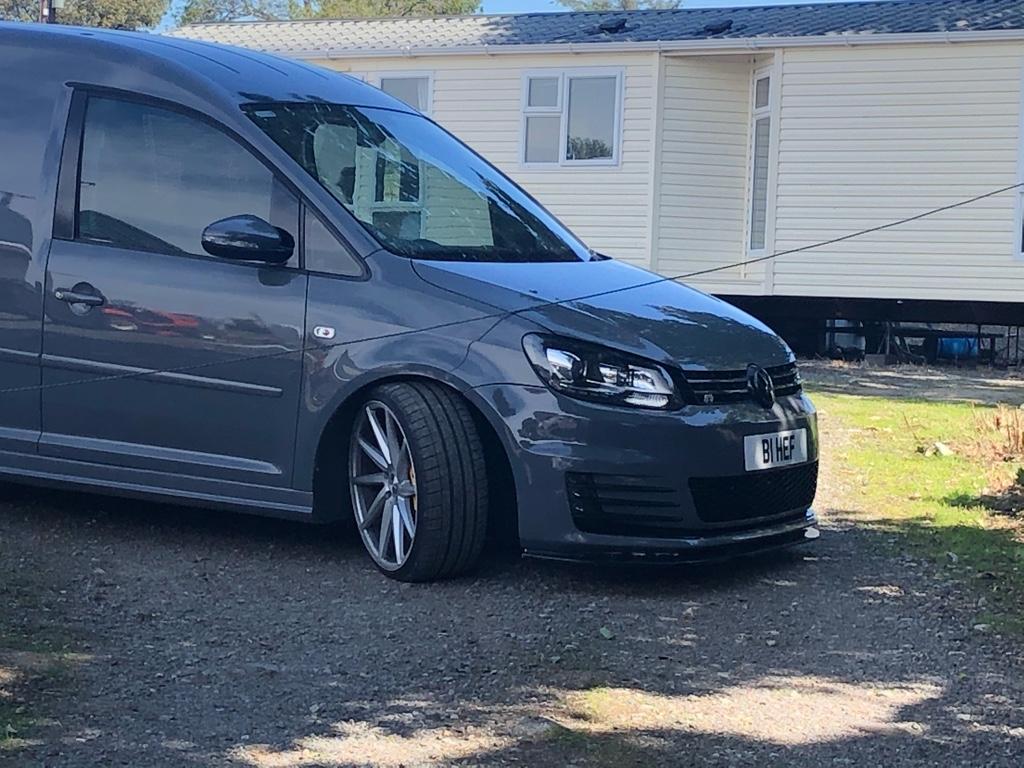 Shit mate that is too close for comfort. Glad your ok. Does make you think though!!

Wow, that really is a close call.
It's something that really grinds my gears, not only people who cannot do their job properly but those who let them away with it.
I see it day in, day out.
Hope you are OK buddy, the caddy is repairable and if nothing else it's a push towards fitting wings.

Glad you’re OK mate. The van will mend the main thing is no one is hurt thank goodness
If it ain't broke, fix it 'til it is
Top

Wow! This is insane. Glad all ok and in a way lucky it was you that it happened to as you were perhaps shielded by the Caddy. At least you don’t need to buy a lottery ticket as you know you’ve used up all your luck for a bit!!

As for compensation I doubt you’d get much as there were no injuries. You could fight them for post traumatic stress but I think they are too big a company to go up against. Maybe worth a try as it might then filter down to the incompetent muppet who did the install but in this day and age it seems this sort of thing goes unpunished.

Hard not to but try not to dwell on it too much, you’ll end up anxious every time you step out of the house! Look at the positives, you’re ok first and foremost, your family is as well and the caddy wasn’t burnt to a crisp.

I’m so glad you’re ok mate. That was so close as Doc said.

Glad to hear your all safe Hef, a bit too close for comfort!
Top

Post it on twitter tagging in the electric company. The people who care about publicity will see it and they are more likely to reply.
Caddy Maxi Life 1.6TDI 7 speed DSG 102bhp
Black

Hell fire that’s a bit close....., glad no one got hurt Hef,
wonder if there’s any special requirements for connecting cables near residential areas......I take it they have carried out inspections of the other cables on that post? and what are they putting in place to prevent this from reoccurring would probably be my first questions.....at least you and the family are ok mate, and the van didn’t get fried

Thank you all for your kind replies and well wishes, really is appreciated! This has really shook me to be honest guys and really made me realise the dangers we live with above our heads ... especially at the hands of incompetent linesmen who have clearly got this so wrong!

I’m not after any compensation from these idiots other than to make good my van BUT ... about 6 years ago i was offered 15k to sign an easement agreement to allow unlimited access to service the equipment on my land, I refused as this then eliminates the owners rights to develop (should i ever want to) the land. Thank God i didn’t accept as i’ll now be telling them to remove them ALL and either reroute them or place them underground! I’ll give them 28 days to do so or i’ll be mixing some 2 stroke for my chainsaw and i’ll move out to another place till they sort it!

Shortly after i wrote this message yesterday I was visited by a senior rep from Scottish power who unwisely made a joke of the whole ordeal ... hmmm I don’t think he’ll be making another joke any time soon lads that’s for sure!

Thanks again chaps and sorry for the late reply but this comedian’s comments put me in a rather unpleasant mood last night ... and I doubt he was in any better mood on his sharp exit from my place

Keep you posted my friends, thanks and have a great weekend

Please tell me your shovels went round the pricks neck!