I'll start: Hi, my name is Ian, I'm a Caddy-holic. I bought my first (and only) Caddy in late 2014, a new (direct from agent) Caddy Cross. I previously had a Golf 4 Cabrio, which got written off in a minor front-end smash (could drive away, but due to A/C condensor and radiator needing replacement, the insurance company decided to write it off). I'd never had a new car before so I went through the new cars section in the CAR magazine and short-listed the entire selection of new cars available in SA down to Caddy Cross and Audi Cross Country. Decided to go for Caddy as it looked like a better camping car (and was about R200K cheaper!). The first dealer I went to said I'd have to wait 4 months for them to order from Poland. I told the next dealer I went to that I would only take the car if they could get me one in less than 72 hours. He combed the country and found one (in my 1st choice of colour) in Durban and had it shipped down by train. Got it in less than 72 hours and have been very happy with it ever since.

I've done quite a few mods to it (mostly OEM parts that may have been available as options if I had one built to order). The most expensive (and satisfying!) one I did was the BiXenon headlight upgrade. The parts price for all of the bits here is insane, so I ordered them from Kufatec in Germany (who thankfully gave me ex-VAT pricing as it was shipping out of Europe).

I use the Caddy as a daily driver and for camping trips. I've built a bed and storage unit for the back, and have added a set of all terrain wheels for back roads. I swap the road and AT wheels around, effectively giving me two different cars (the look, handling and feel is quite different between the two sets).

I have VCDS and VCP if anyone (in Cape Town) needs coding help.

Thanks! Where are you based?
Top

I only have 2 issues with it ,
1. Non elecric window
2 no trip computer.

Is there maybe any members that can assist me.

What can be done to fit or upgrade the electronic display to have tip computer functions ?

I only have 2 issues with it ,
1. Non elecric window
2 no trip computer.

Is there maybe any members that can assist me.

What can be done to fit or upgrade the electronic display to have tip computer functions ?

Im looking into the same & have been told the touran units fits - same -same ... now just to find them at a breakers !!
Top

Question is if it is only a matter of finding and fitting a console / instrument panel and problem sorted - or must the new unit be matched or linked
to the rest of the computer system ?


The other question I have have is the correct software / hardware to perform diagnostics on the Caddy range. I have a OBD BT plug but the software
is not working for me .

There is a lot of information regards electric window refitting on the forum. You'll need to get your post count up to get access to that info. If the instrument panel is an electrical match, the very least you'd have to do is reprogram the immobiliser. If you don't have MFD (multi-function display) you'd probably also have to change steering wheel stalks and steering wheel as well. Caddy and Touran are wired differently, so not all electrical parts can be swapped easily.

In terms of software/hardware the most common solution is RossTech VCDS. It can cover most tasks, with the rest covered by VagCANPro (VCP). Neither of those can do functions like engine ECU remapping, but that's something you probably shouldn't be messing with anyway.
Top

You'll probably have more luck finding a Caddy, as they're more common. But finding either at a junk yard is rare, seems like people don't write them off often, for whatever reason.
Top

Thanks for the info .... ah looking for a caddy would be the best option ... ta
Top

Hi upgraded about two weeks ago to this on the left don’t a few changes to it so far. 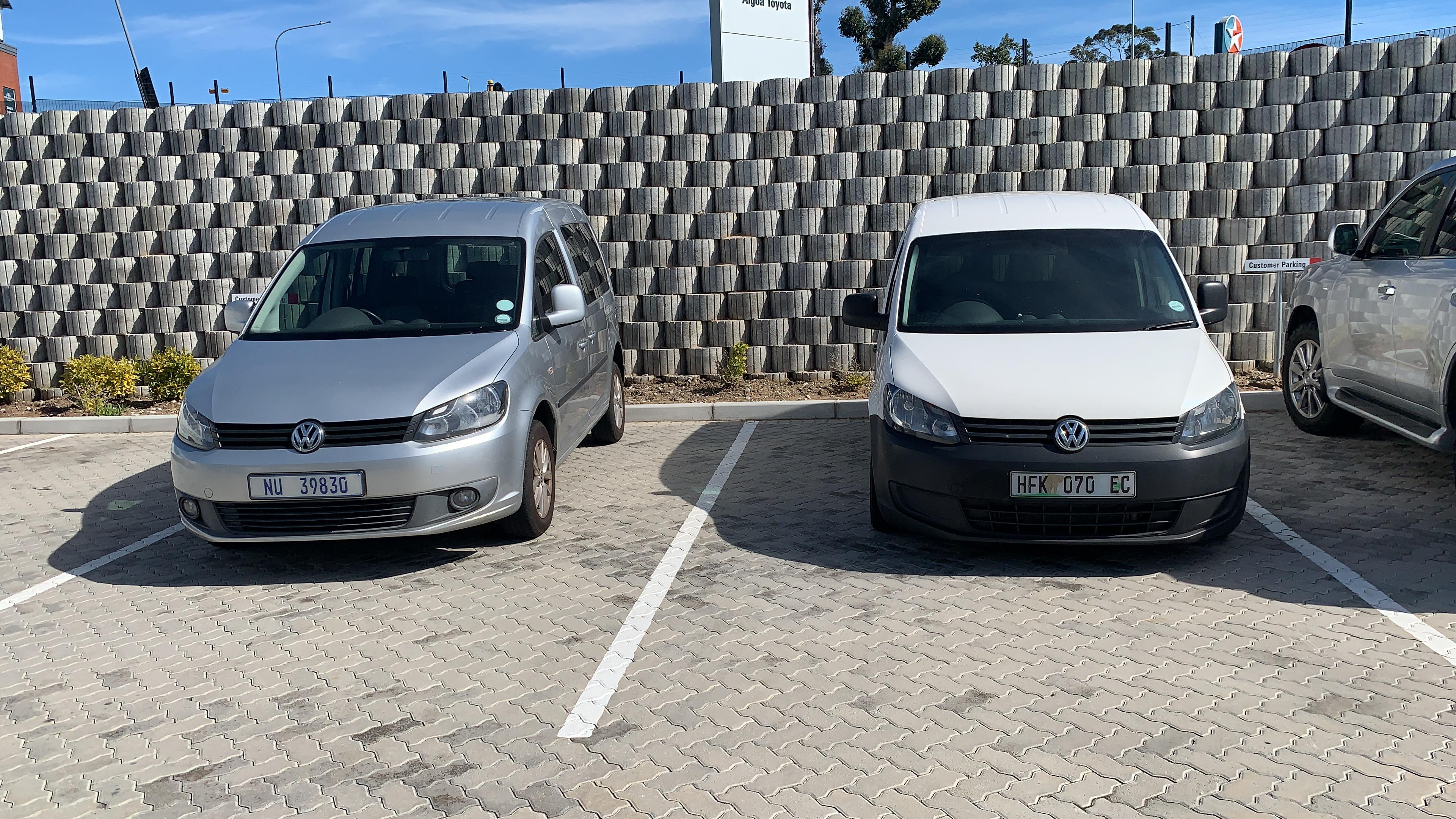 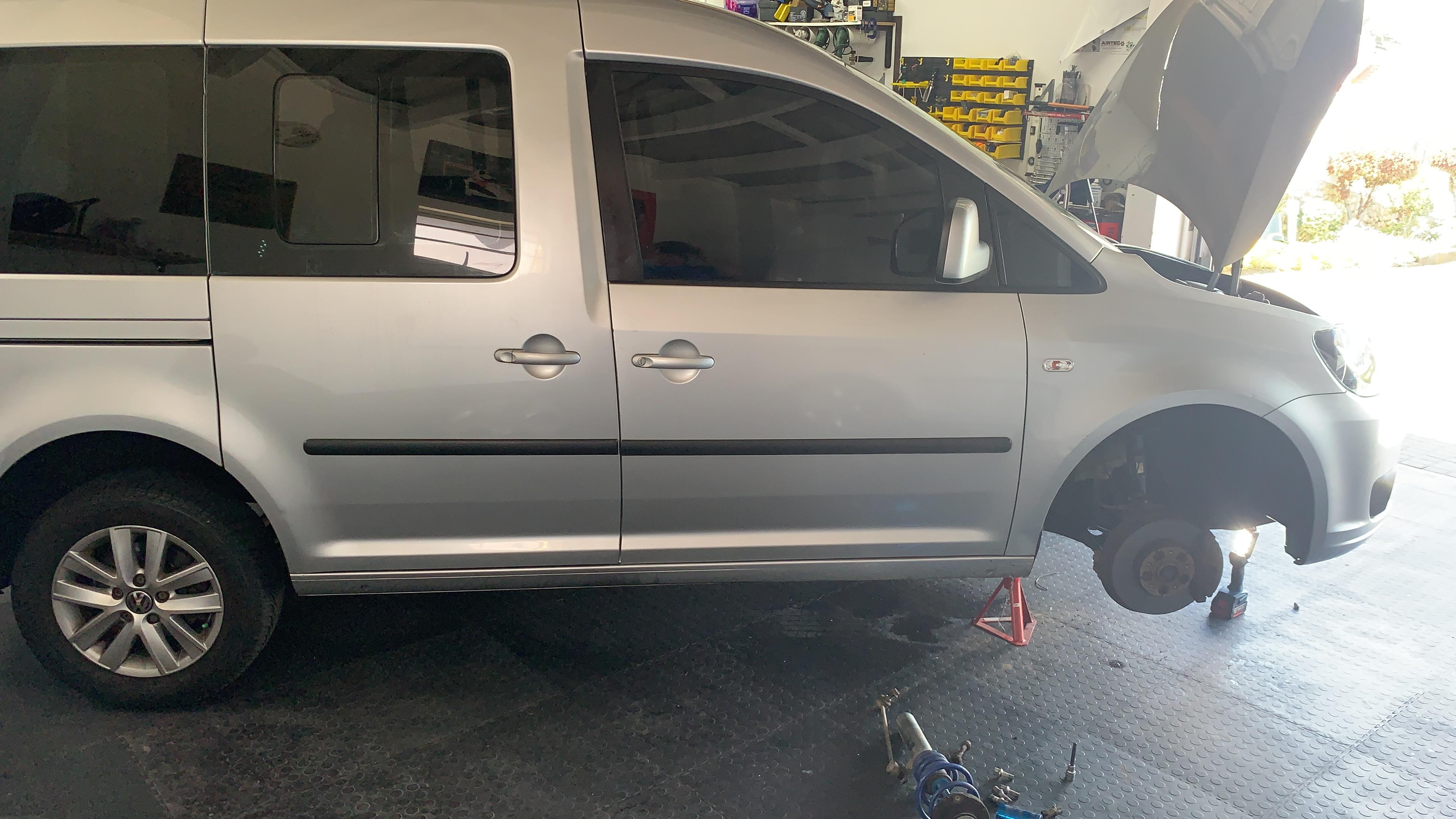 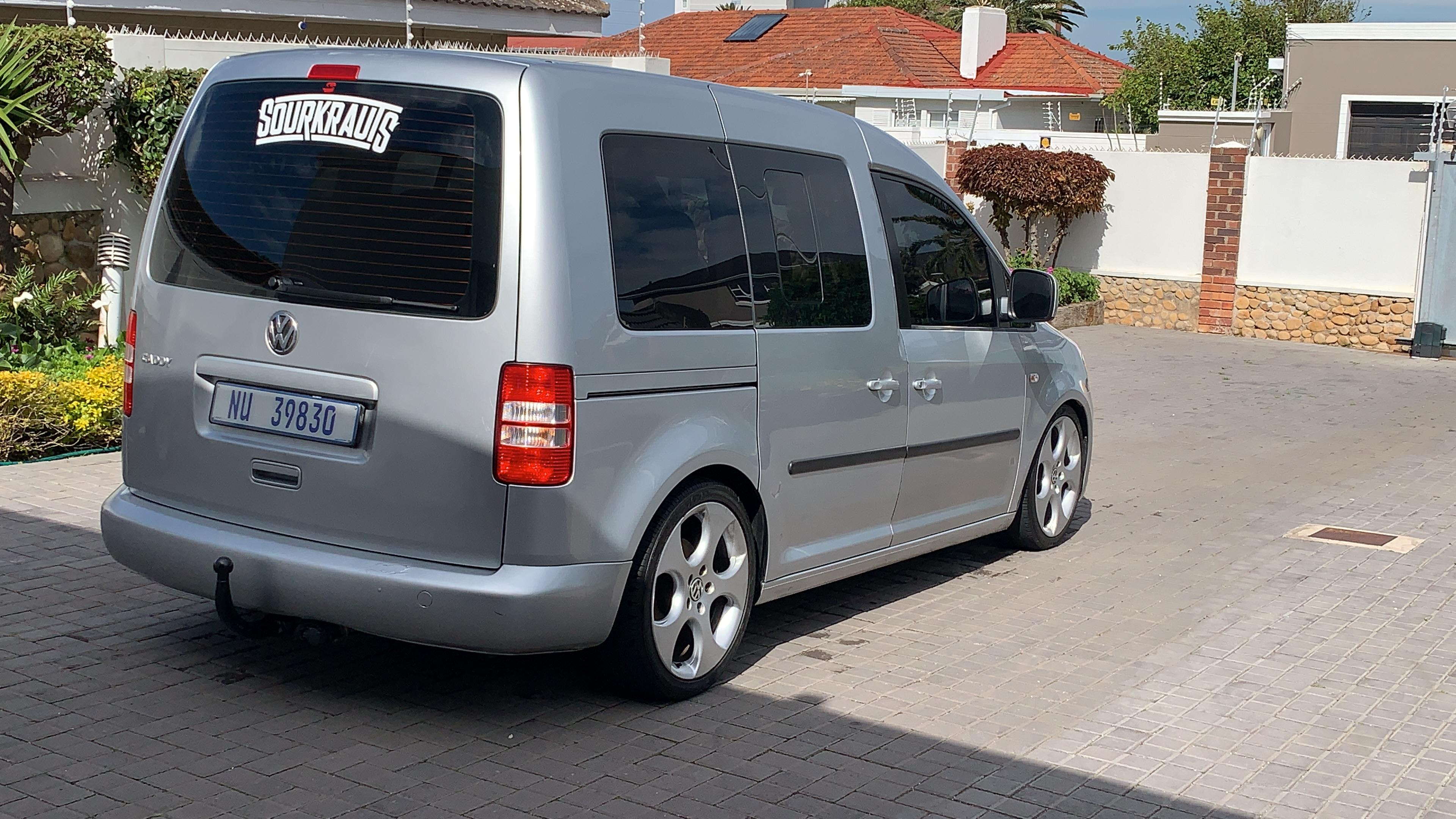 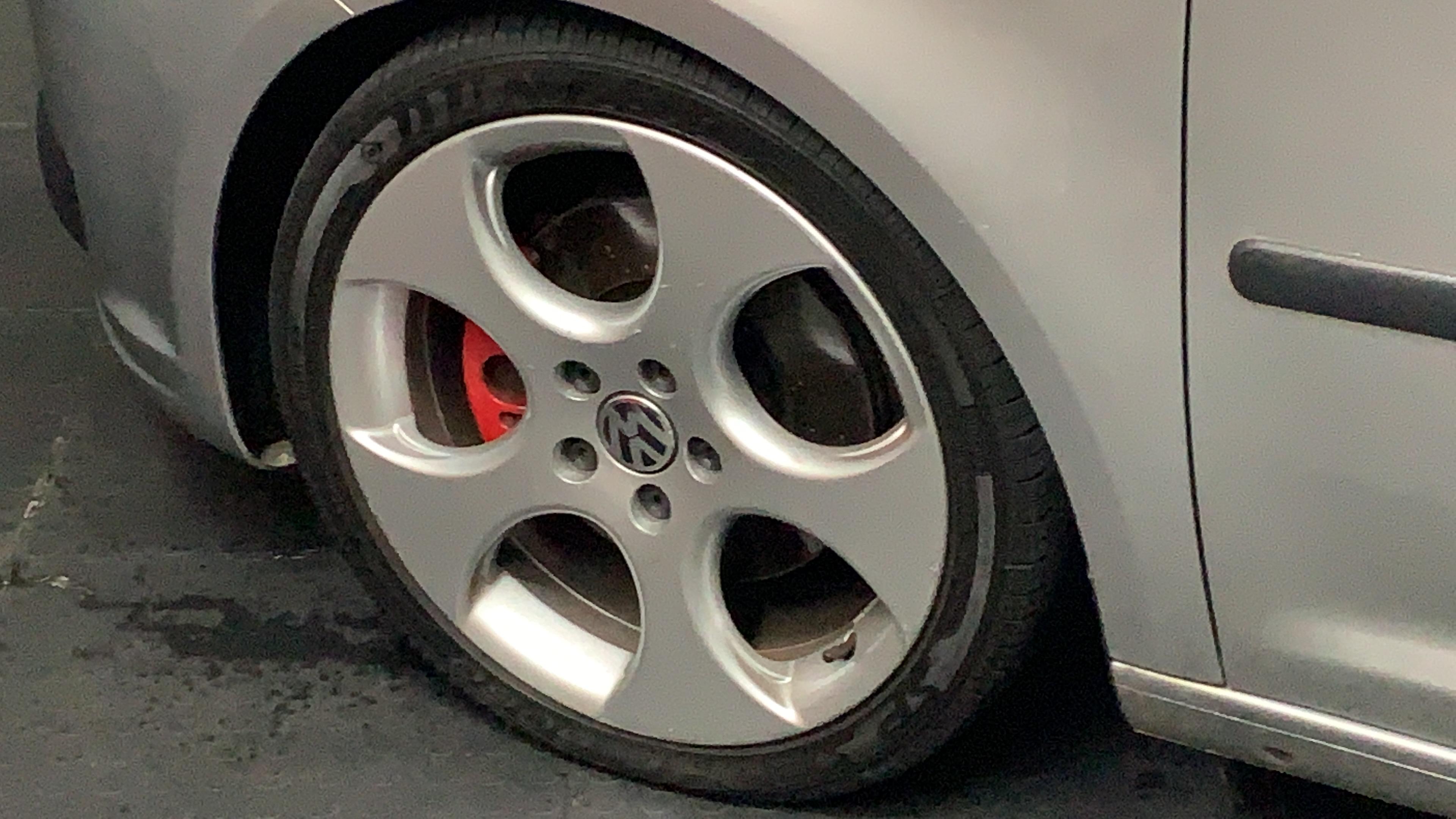 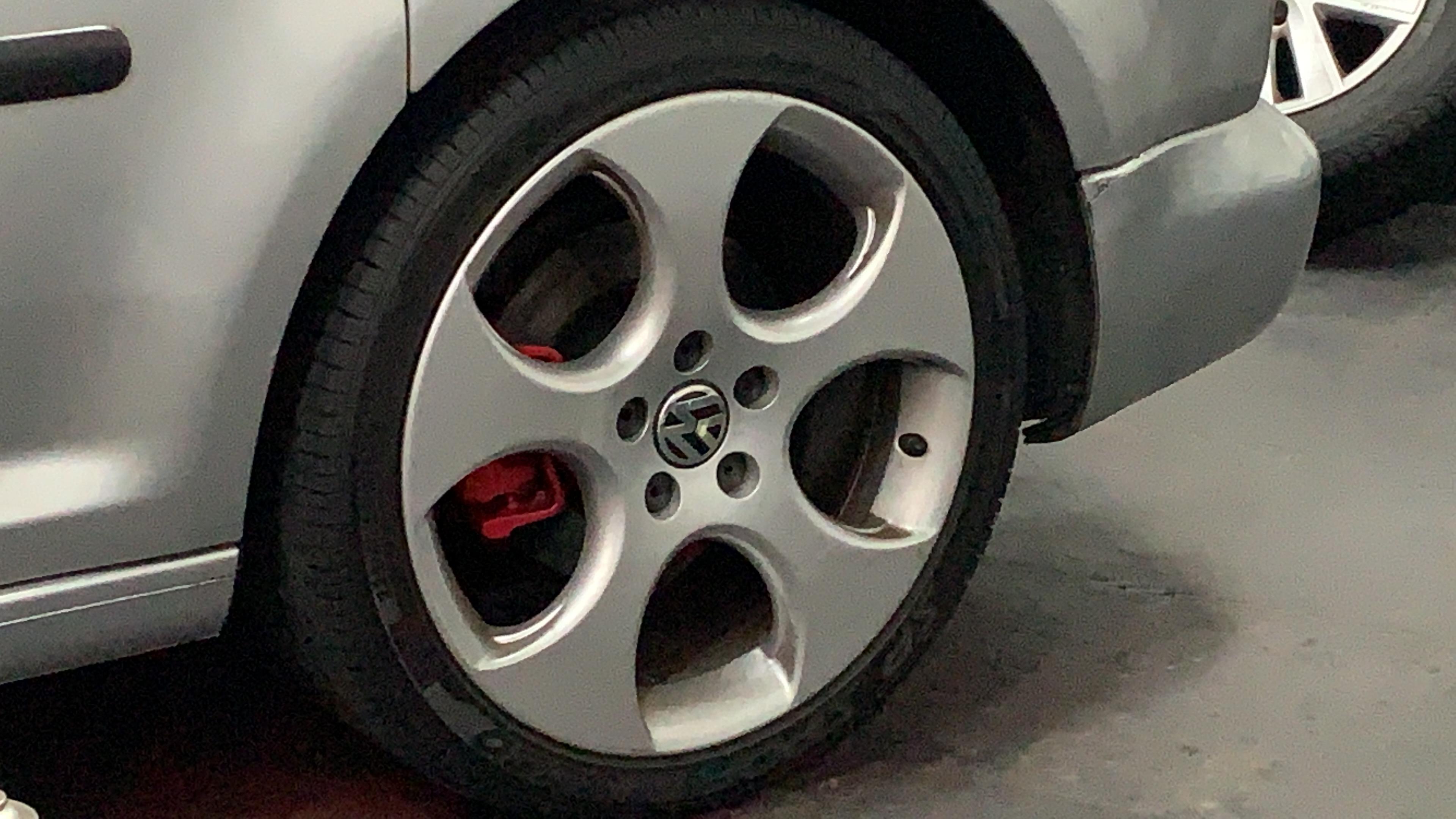 That’s all for now
Thanks for looking

Had mine for 2 years now.
I just want swap out my head lights to the Touran set are they a straight swap? 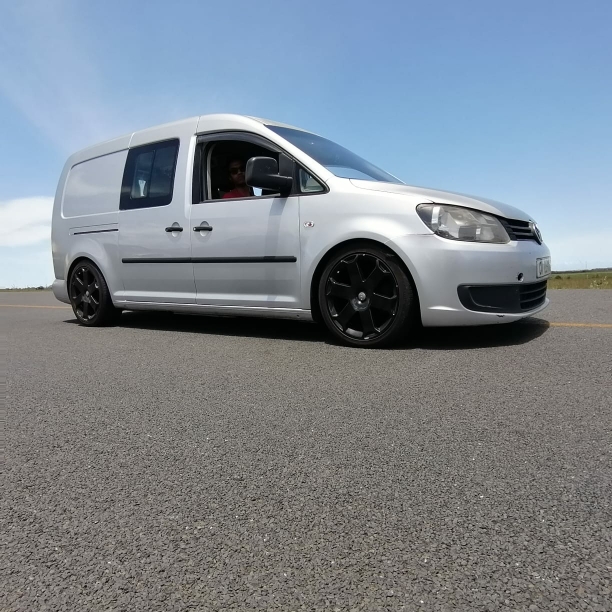 Sent from my SM-A307FN using Tapatalk

Which Touran headlights? The dual halogen or the Xenon? Dual halogen just needs coding (with VCDS or similar). Xenon needs wiring harness and additional sensors and modules as well as coding.
Top

The dual Halogens yes.
I did read up about the Xenons and it needed the wiring and sensors just could find info on the Dual Halogens
Thanks

Sent from my SM-A307FN using Tapatalk

RobbieCT wrote: ↑
Sat Dec 19, 2020 11:16 am
The dual Halogens yes.
I did read up about the Xenons and it needed the wiring and sensors just could find info on the Dual Halogens

Let me know if you need help with the coding.
Top
Post Reply