After a lot of deliberating about which type of vehicle to get for a bit of travelling and weekend getaways in Western Australia, we decided to go totally against the norm of 4x4s and get ourselves a van.

The potential vehicle had to tick alot of boxes for me and the main ones are:

It's got to be fairly comfortable and economical as it's still going be a daily driver.

It's going to be converted to a proper camper van, with enough space for both of us and everything we need for a few days off grid ie power, water, cooking gear and storage.

It's got to be versatile, with the ability to carry bikes and still have a single bed for solo adventures.

Capable enough to get off the main road and maybe a couple of overnighter on the beach, nothing crazy on the 4x4 front.

After a fair bit of hunting about and researching Transporters & Carravelles, I stumbled across the Caddy Maxi. Some deeper digging uncovered the 4motion varient which although on the cosy side, seemed to tick all the boxes. A few nights spent on Facebook and Gumtree, and there was 1 in WA, so... 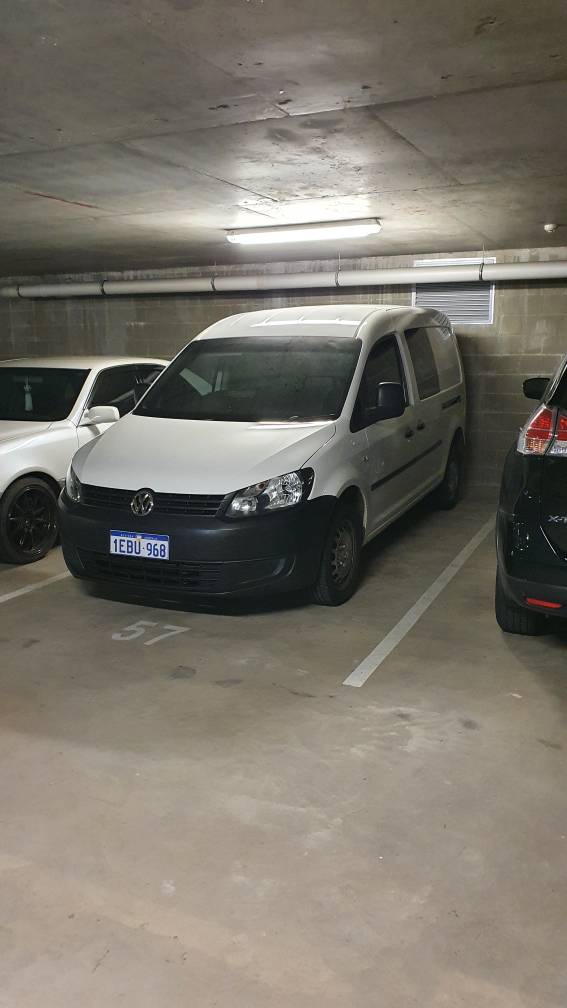 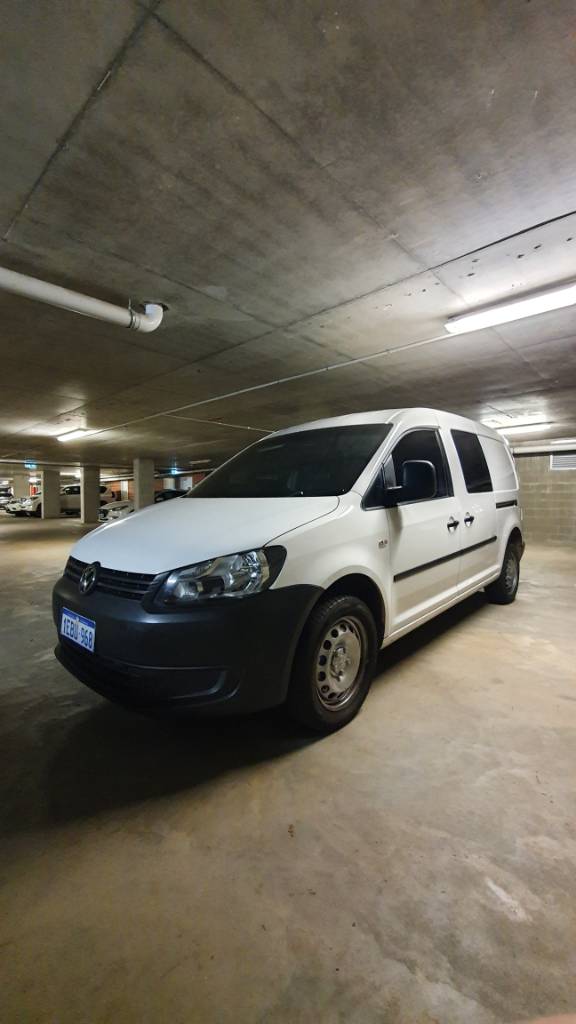 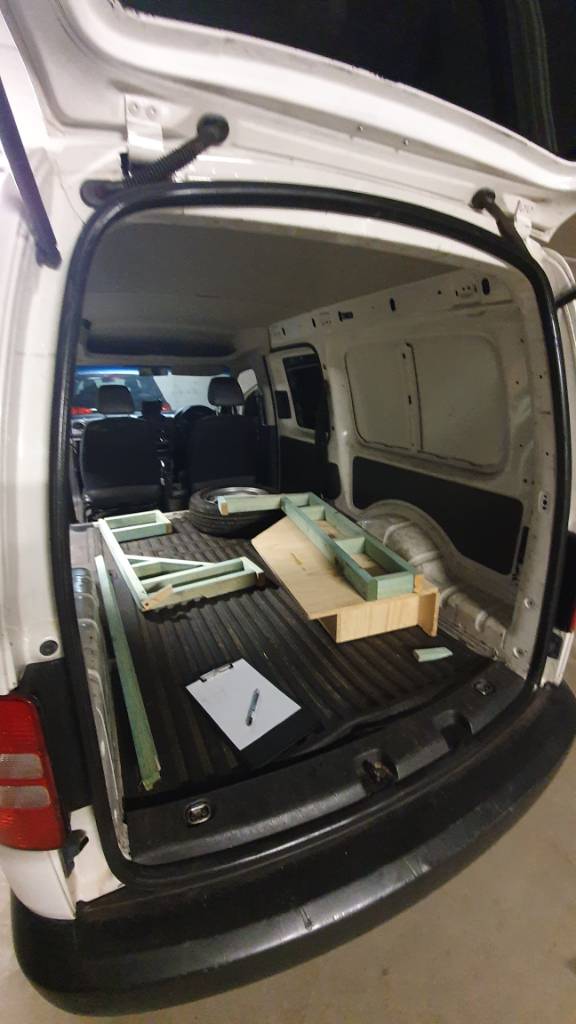 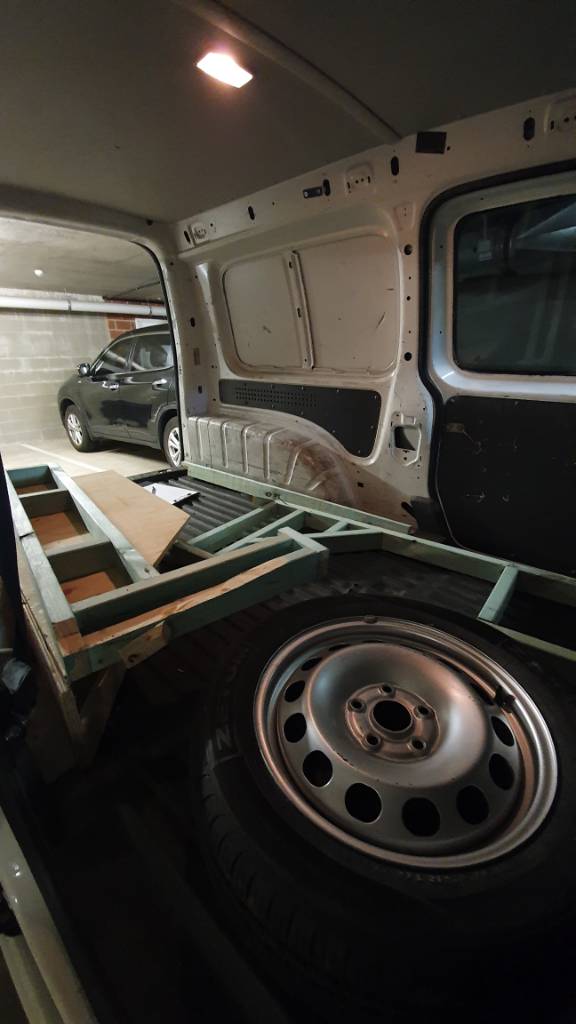 It would have to be a Caddy Maxi. I've got a 2007 Caddy Life Camper swb 1.9l tdi dsi and have driven over 280,000kms including Perth to Gold Coast. For your purposes I wouldn't get a short wheel base.
Great vehicles, in my experience.
Top

Cheers Ripley! I'll need to get a build thread started.. I've got off to a pretty decent start so far when work isn't in the way!

Not posted as much as I thought I would. I'd planned to document the build process as I went, but work and life generally get in the way.

There has been a few hiccups along the way and changed plans which is to be expected, but still exciting seeing it come together.

So after thousands of trips in and out the same shops repeatedly over the past few weeks in between working away and having odd day off, this is progress so far, and alot has changed!

Interior was stripped, including cabin.
Interior including rear doors and tailgate sound deadened and insulation stuck on top, all sealed up with foil tape (easily one of my favourite consumables of the build so far).
Battens installed to mount the subfloor on.
Sound deadening and insulation fitted between them all. (The floor is pretty dented and uneven so this process was painful with different sizes and thicknesses of battens to achieve a flat, level floor base)
A floor template was made and fitted.
The interior has been carpeted and roof still in progress.
After alot of research and tough decisions I finally bought my lithium dual battery set-up and that has now been installed with the option of adding solar later.
I'm on to the second head unit (RCD340) and had lots of fun installing the reverse camera, but with Android auto it's been an excellent addition.

It's now party functional as a weekend camper with a fridge electrics, and a temporary bed frame until I decide on the final bed design, ideally something with 18mm Birch Ply, a full length drawer and a slide out double bed section in 3 parts for multiple configurations. Add in some water bottles boxed into the other wheel arch and a shower set-up of some sort and were laughing! 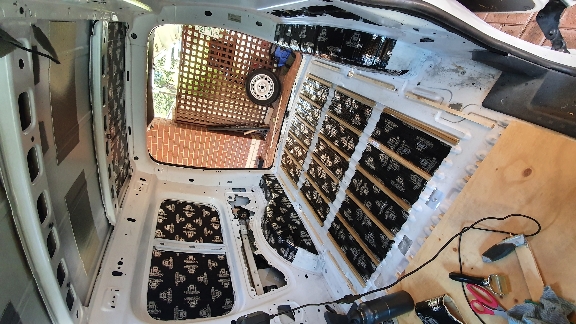 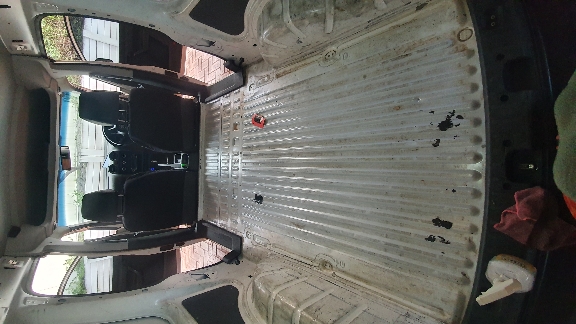 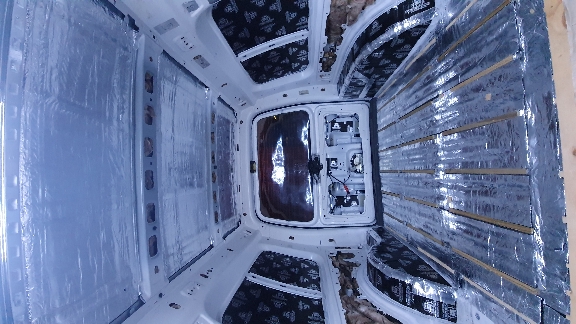 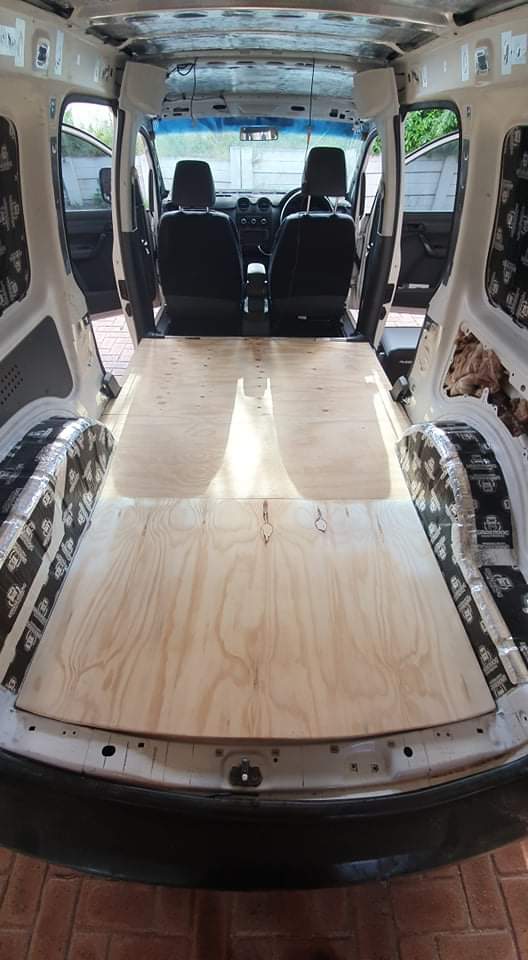 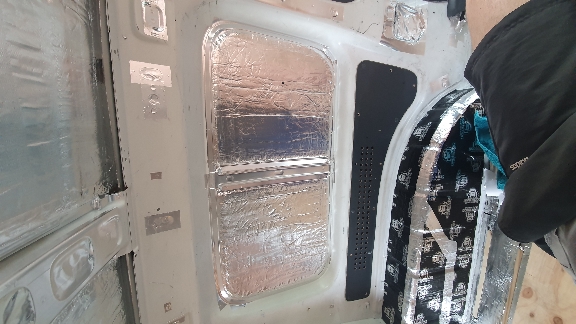 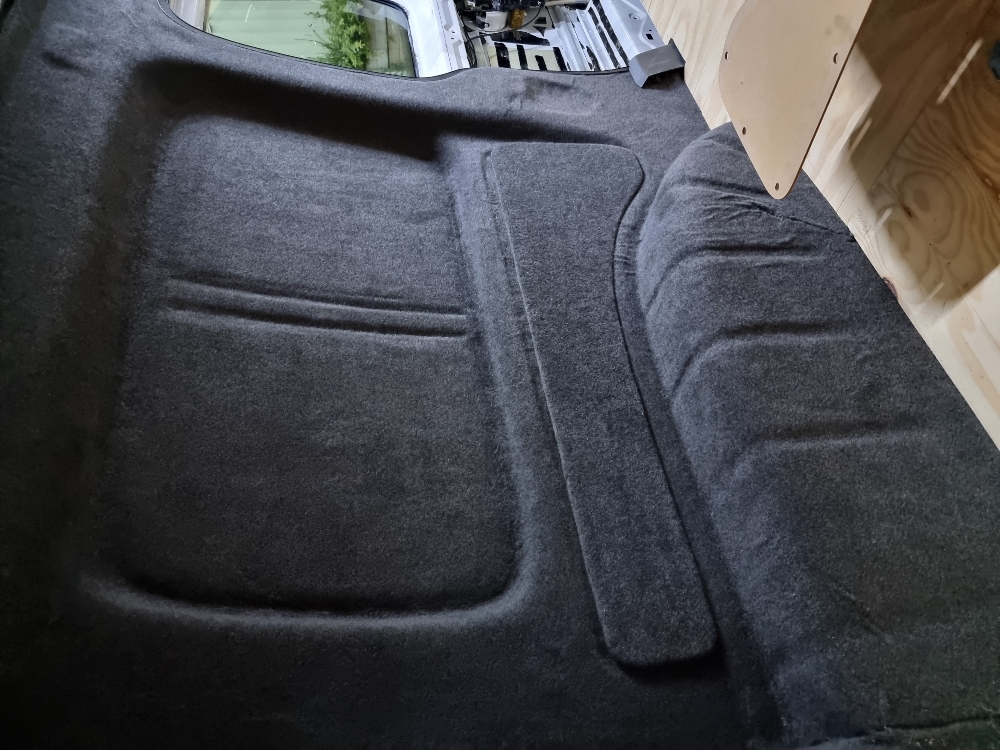 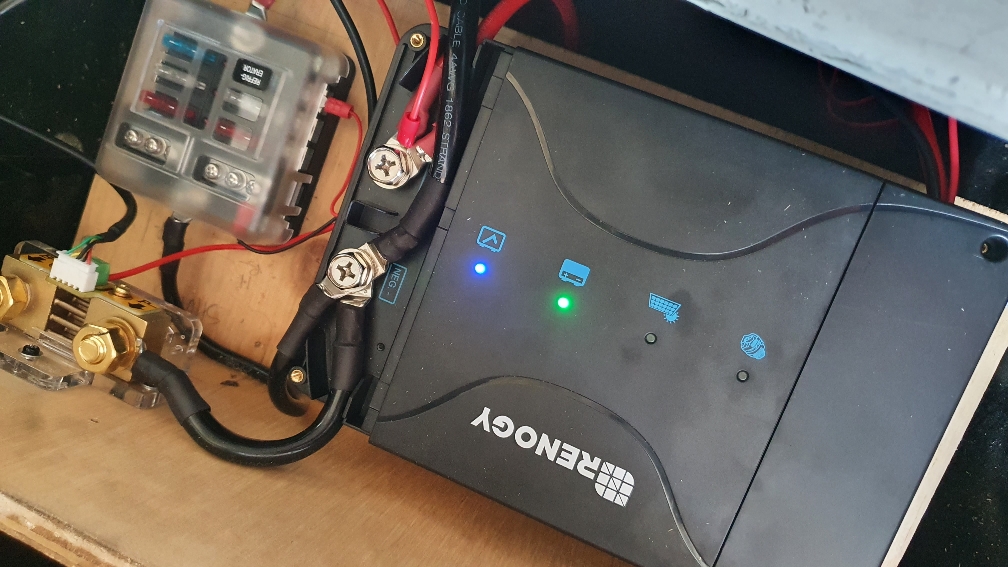 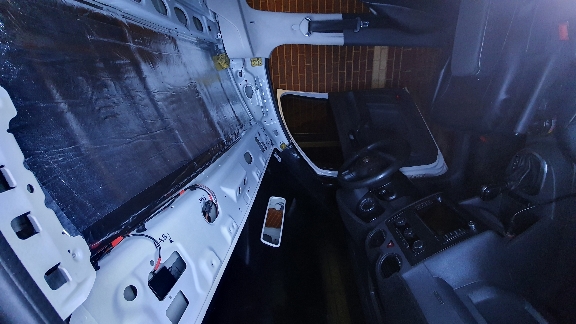 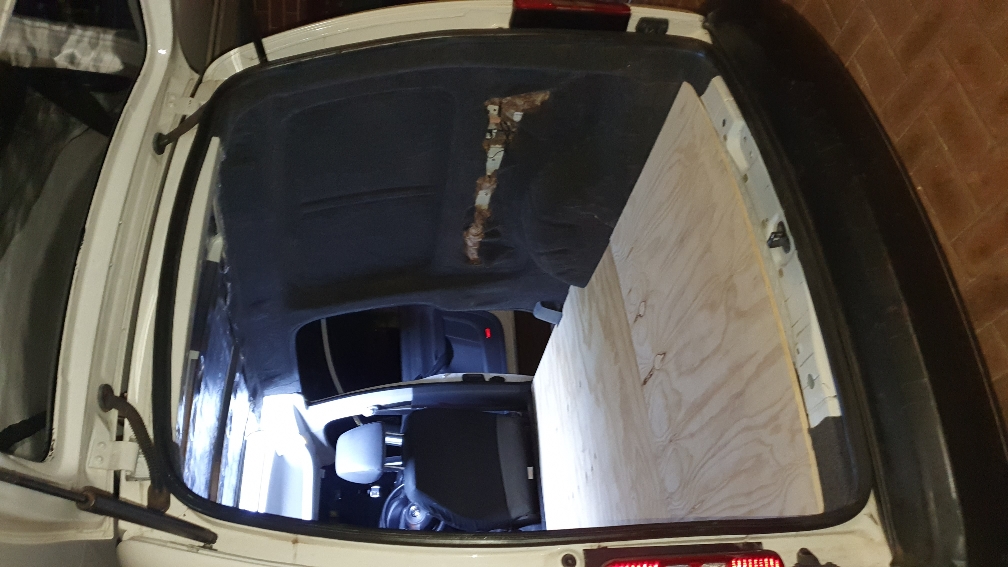 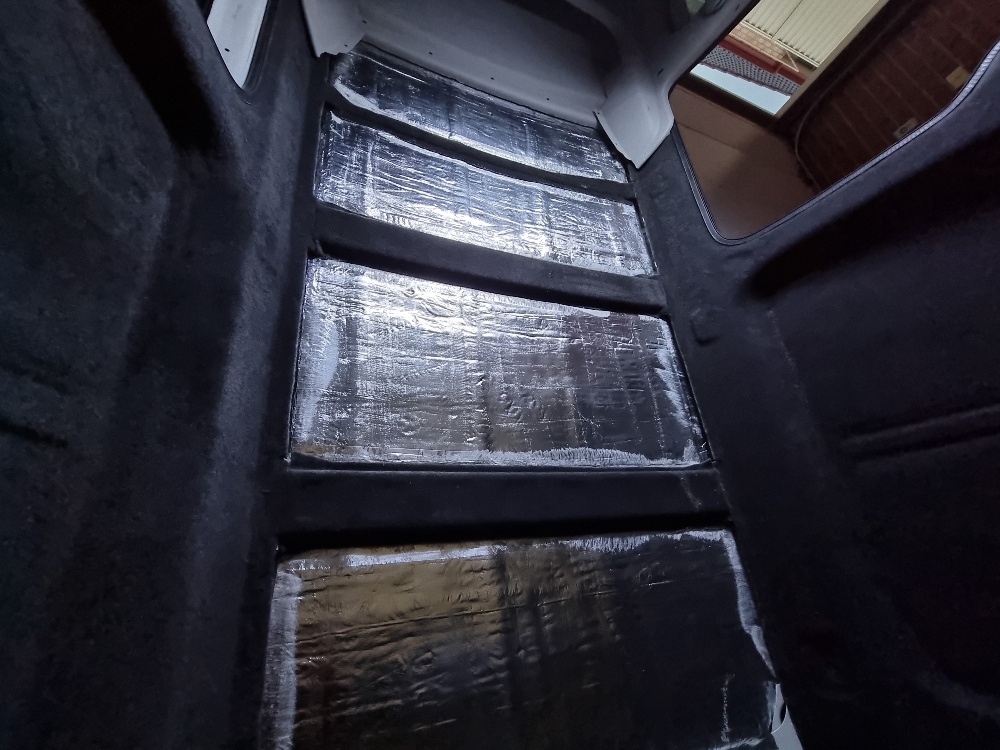 Sent from my SM-G998B using Tapatalk

Just in case it is of interest I see you have the spare wheel inside the cabin.

My 2012 Maxi 4 motion came with just the VW goop system, but after one badly gashed tyre left me stranded for hours waiting recovery, I decided to buy and carry a full size spare. However I did not want it in the load area, so I tracked down the parts and retrofitted the VW spare wheel carrier system below the load floor.

Sadly in Germany the option of a full size spare was not offered in 2012 for a 4motion Maxi, although I see it is now an option if you buy the latest Maxi. Anyway after measuring up I managed to install the carrier - and I simply make sure to remove and reinstate it annually, as the mounting bolts are exposed to a lot of road debris and can potentially rust in place - which will rather defeat the value of having a spare if you cannot remove it when required..
Top
Post Reply