Well guys I've already had my new 2007 caddy on the road for a few months so I got quite a lot of posting to do.
To start it off here is a pic of the van after I had taken off all the damaged and broken bits and pulled out the engine and gearbox ready to do a full recon on the motor and fit a 6 speed gearbox conversion. 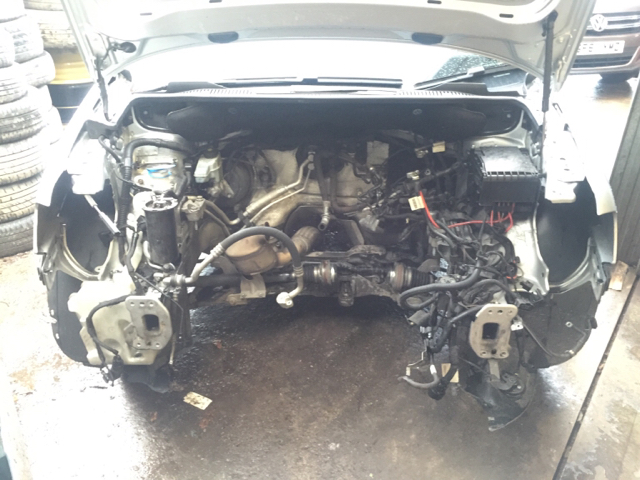 I won't bore you all with all the details as a lot of what I have done so far has been done to death , but I will give a basic description of what's been done so far.

So. While the engine was out I fitted new piston rings and changed the con rods and crank shaft for arl 150 bhp ones. New splutter bearings together with a fully gas flowed head which I did my self then I fitted new valve guides and re did all the seats skimmed the head.
I ended up going for a solid flywheel conversion as I did not want a clutch assembly which was heavier than the std bls one as this would cause The van to be more sluggish while accelerating.
I lightened the bkd sm flywheel until the total weight was half a kilo lighter than the original bls dmf and clutch assembly. Than I had the new crank, flywheel , clutch cover and front crank pulley dynamically balanced to make sure the smf was not going to cause any problems.
A new hybrid turbo was also ordered at this time from turbo dynamics to my specifications.
I also had the 6 speed gear box stripped and all the bearings and seals replaced.

Once the engine and gear box was all back in I then set about fitting the new radiator,intercooler condenser and all the new front panels.
Of course there were all the usual extra unexpected bits but finally it was ready to test drive.
At this point I discovered there was a problem as I could not get any boost. To cut a long story short the new turbo bearing housing had a slightly different angled crank for operating the vvt on the turbo which caused the turbo to spin the wrong way when the canes were closed.
Took two weeks of messing around to figure out what the problem was.

On to the interior.
I found a pair of 2015 skoda Octavia half leather alacantra front seats in anthracite for £250.00 so with a bit of adjustment in height and re drilling of the caddy seat mounting frame they went in a treat. 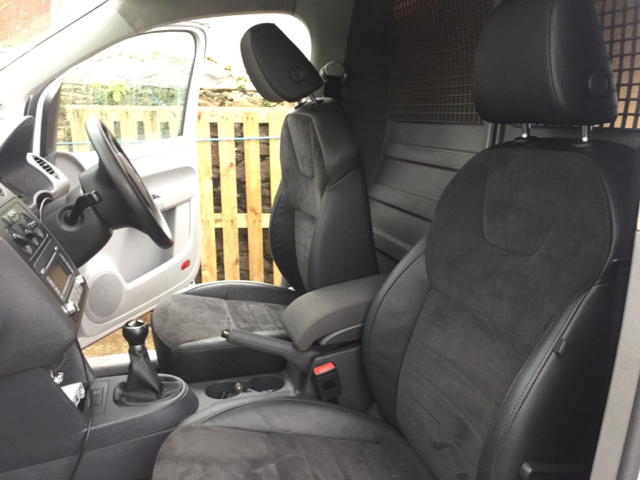 I also managed to pick up a touran facelift centre console and arm rest in the same colour and with a few mods I was able to fit this as well. with a custom made leather cover for the arm rest to match the seats I was beginning to get things as I wanted.

Nest on my list was eibach front springs and builstein shocks all round. I going a guy in Germany that sells slot of builstein shocks on eBay and bought the whole lot for only £350.00 which is at least £200. Cheaper than the likes of darkside.
The front springs dropped it by about 40 MM and combined with the axel flip kit (weld on version) this is how the van looks now 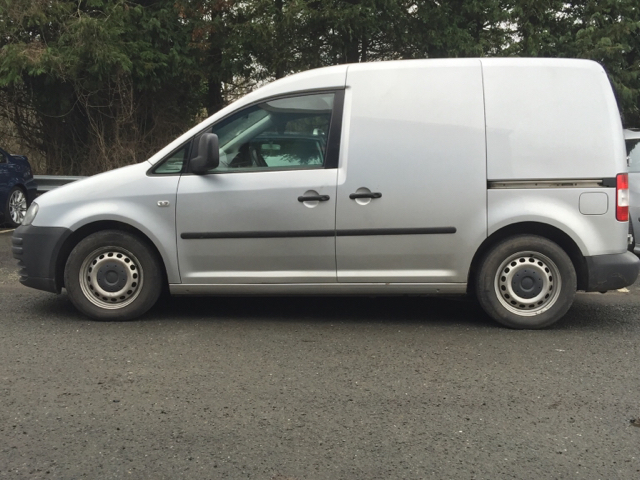 Next I fitted a ch steering column controller and with a hell of a lot of research and some minor changes to the airbag loom I was able to fit the mk7 golf 5g0 flat bottom mfsw. Then a visit to Robbert at Car Keys Torbay to get the immobiliser block transferred over to a touran highline set of clocks I was able to get every thing working from the mk7 wheel 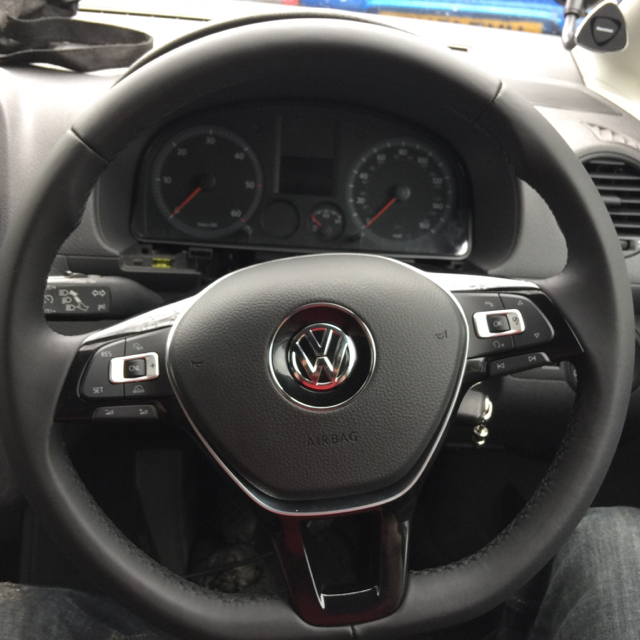 And with the clocks all fitted, working and mileage corrected to match my old ones. 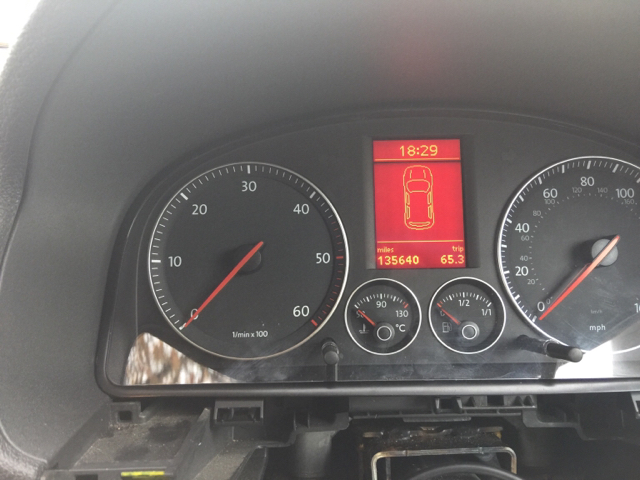 I have also stripped out all the interior and put closed cell car self adhesive sound proofing under all the carpets, inside the roof and all the sides before carpeting out the rear 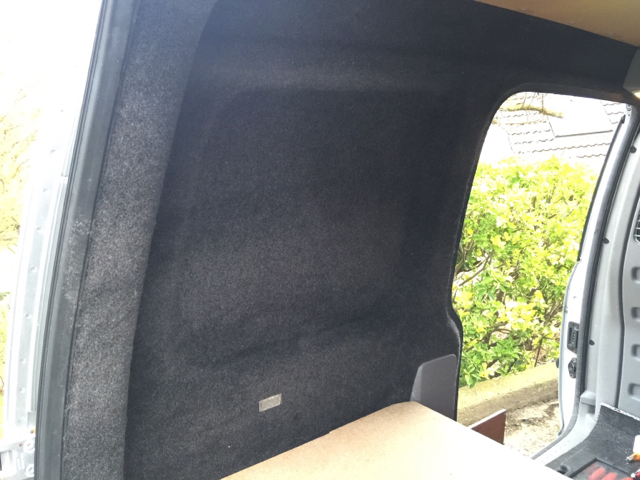 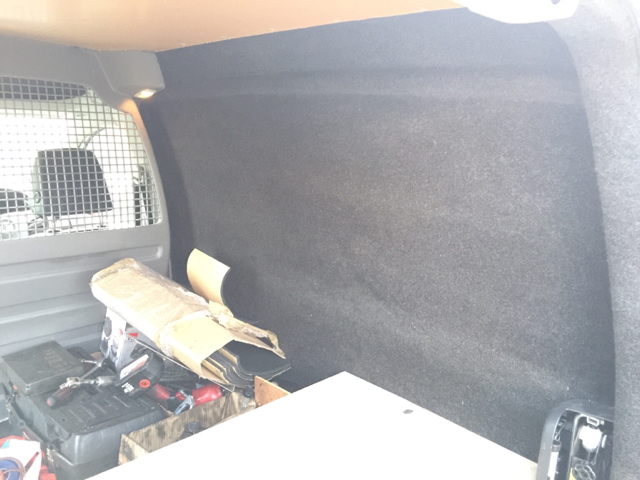 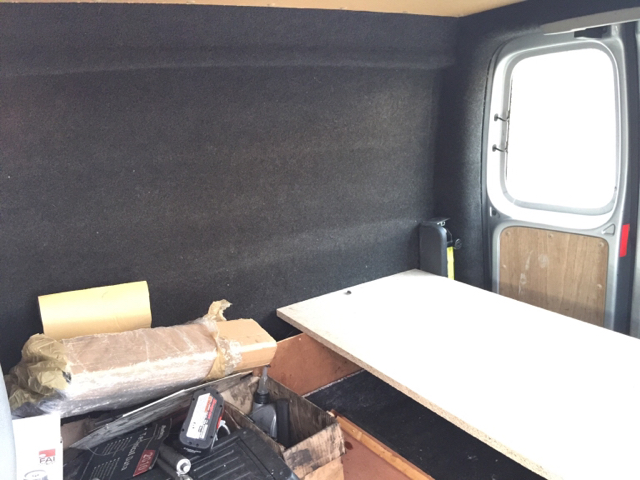 On Saturday I went and stripped a 2012 caddy that was the same colour as mine so I now have almost all I need to do the facelift conversion.

Here is a pic of everything loaded and ready to bring home. 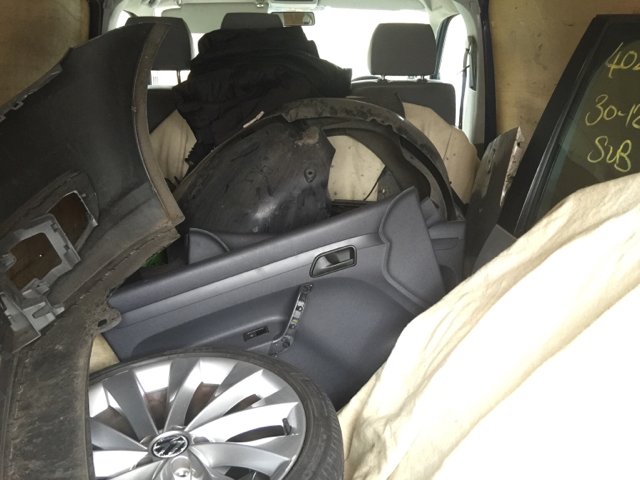 I have already bought a 2016 touran bumper to fit but this will need some modifying of the facelift wings to fit and may be a few other things as it seems that from 2015 on the caddy no longer shares the same wings and bumper parts as the touran
Pic of bumper below. 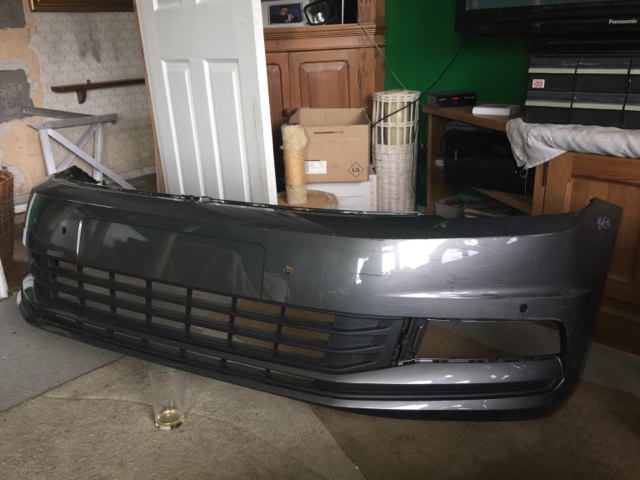 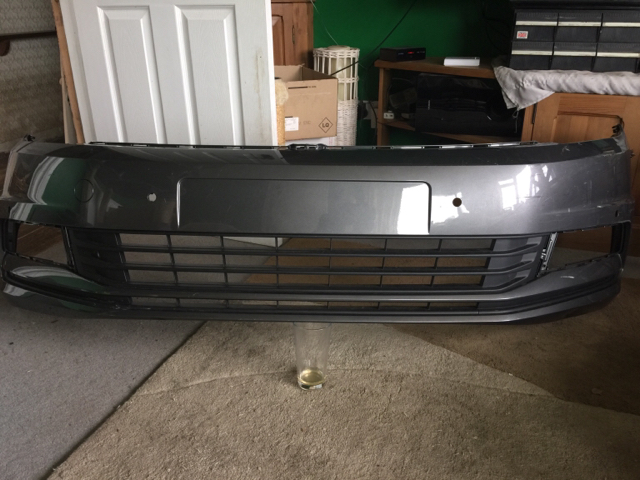 Looking forward to see progress with this car

Got the first of the new style rear lights today.
The other one has to come from Germany as its for a left hand drive model 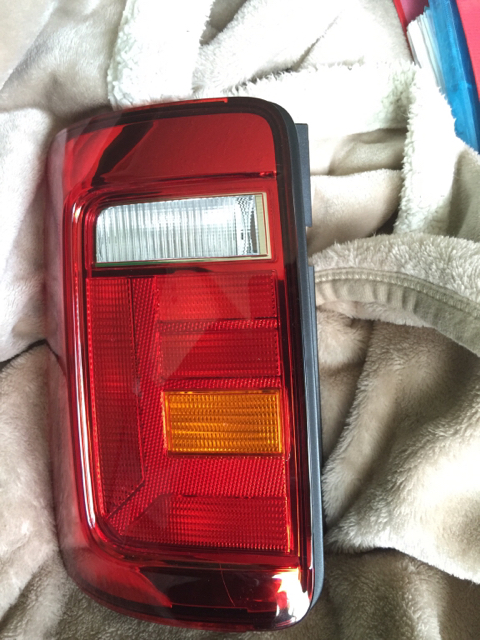 How much did you have to pay for the parts, if you don't mind me asking to do the conversion?
Top

Next I will be fitting a xenon headlight conversion but it's much harder to do than it was on my current head lights. Looks like this time they will have to be cut open with a hot knife and plastic welded back together after as the silacone n these is as hard as rubber.
Does any one know where u can buy a universal drl kit.
Top

Tonight's job after work was to line up the face lift bumper and the 2016 touran bumper, cut them both in half and screw them together to get them all lined up before permanently riveting, plastic welding and then filling them where they over lap.
Not a great photo but it was dark by the time I had finished 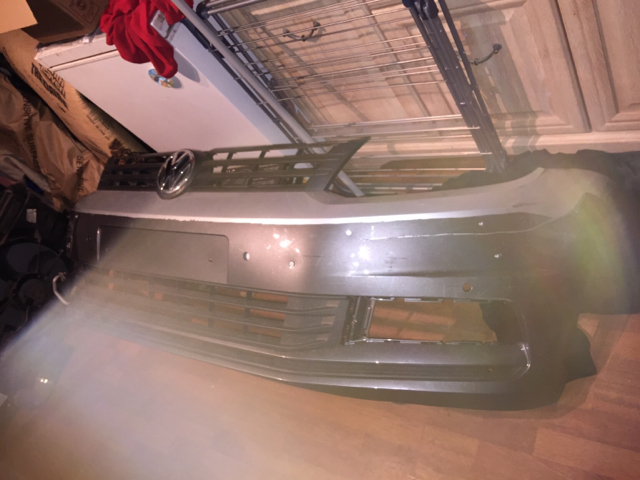 Got my genuine sport line roof spoiler today.
Good job my van is silver as silver is the only colour you can buy them ready sprayed lol. 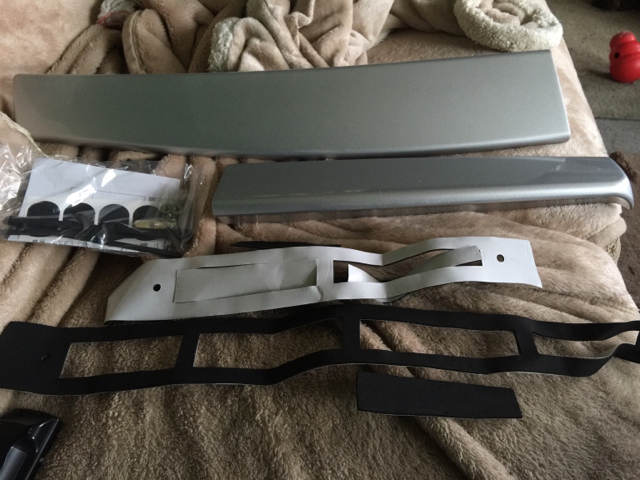 Well the engine alterations are pretty straight forward as all the needed bits can come direct from a arl 150 bhp for the crank and rods.
As for the 6 speed box conversion you just need a Passat or a golf mk5 /6 and all the driveshafts gearbox mount and change cables etc all bolt straight in.
If there is anything g in particular any one wants to know or want an opinion with just pm me