is that insulation easy to work with ?
Top

is that insulation easy to work with ?

So it's been a while since I've posted but I've been collecting a few new parts.

I wanted to get rid of the horrible arch gap but couldn't go too low because of the side bars so I ended up going for H&R Springs & Darkside rear lowering kit. It now sits really nicely, not what you would call 'Stanced' but looks right. I'll take more pics when I get chance. I thought the front springs would make for a bit of a harsher ride, however I'm pleasantly surprised. It drives way smoother than before especially over small bumps.

My exhaust was on it's way out so I decided to replace it with something a little nicer. I went for a Milltek Non Res DPF Back with discreet tip so it's not on show. It's not really any louder than stock, it just has a bit more of a burble / raw sound than before. Looks really nice mate! I’m in the process of sorting out my reflex silver caddy. I’m in Plymouth too - and Mutley based!
Top

Just a quick update, I thought I would upload a few pics now the van has settled after lowering. I've also included a before picture which shows how daft the looked. It's not massively obvious from the pictures but the front splitter and side bars sit pretty low to the ground. I'm glad I didn't go any lower because I would be scraping everything. Great work - it’s looking awesome. I wonder if the old builder who put 7 years of cement dust would recognise it now lol
Top

Liam wrote:think i really want a set of sportline alloys 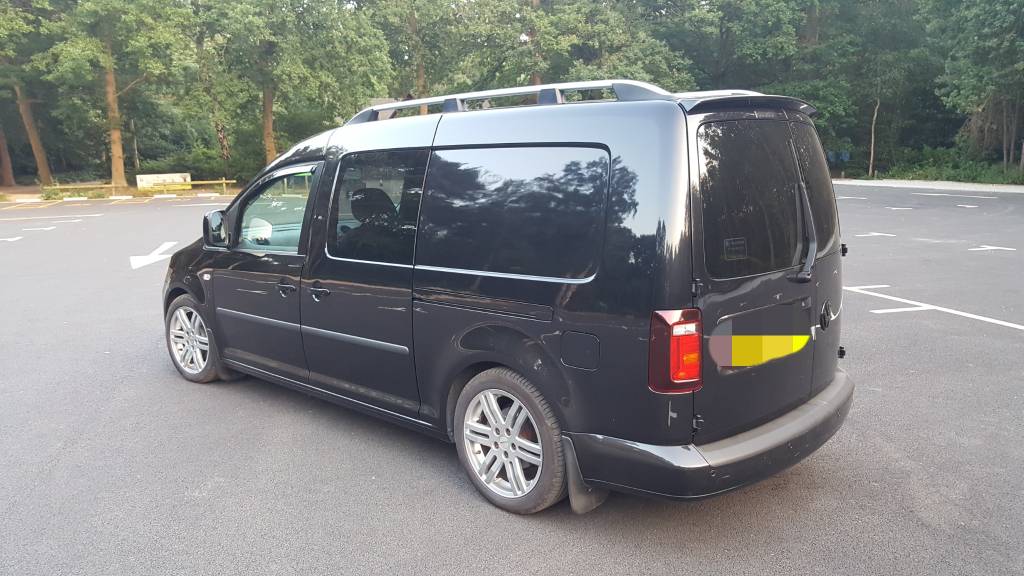 Sent from my SM-G928F using Tapatalk

i would if money wasnt such a pain in the ass at the min - ive been off sick from work for 9 weeks so only getting back to it today so hopefully by end of summer
2016 2.0 Tdi Mk4 Trendline caddy 160bhp
Remapped by Joe Power at TDR.ie www.tdr.ie
Build thread here
http://caddy2k.com/forum/viewtopic.php?t=34976
Top
Post Reply