I guess I should start a build thread for this and keep you guys up to date.
I recently spotted a awesomely caged Caddy for sale on Instagram and after two messages to Matt at DubUnit we agreed to go in on it together.

These are the pictures as it was advertised. 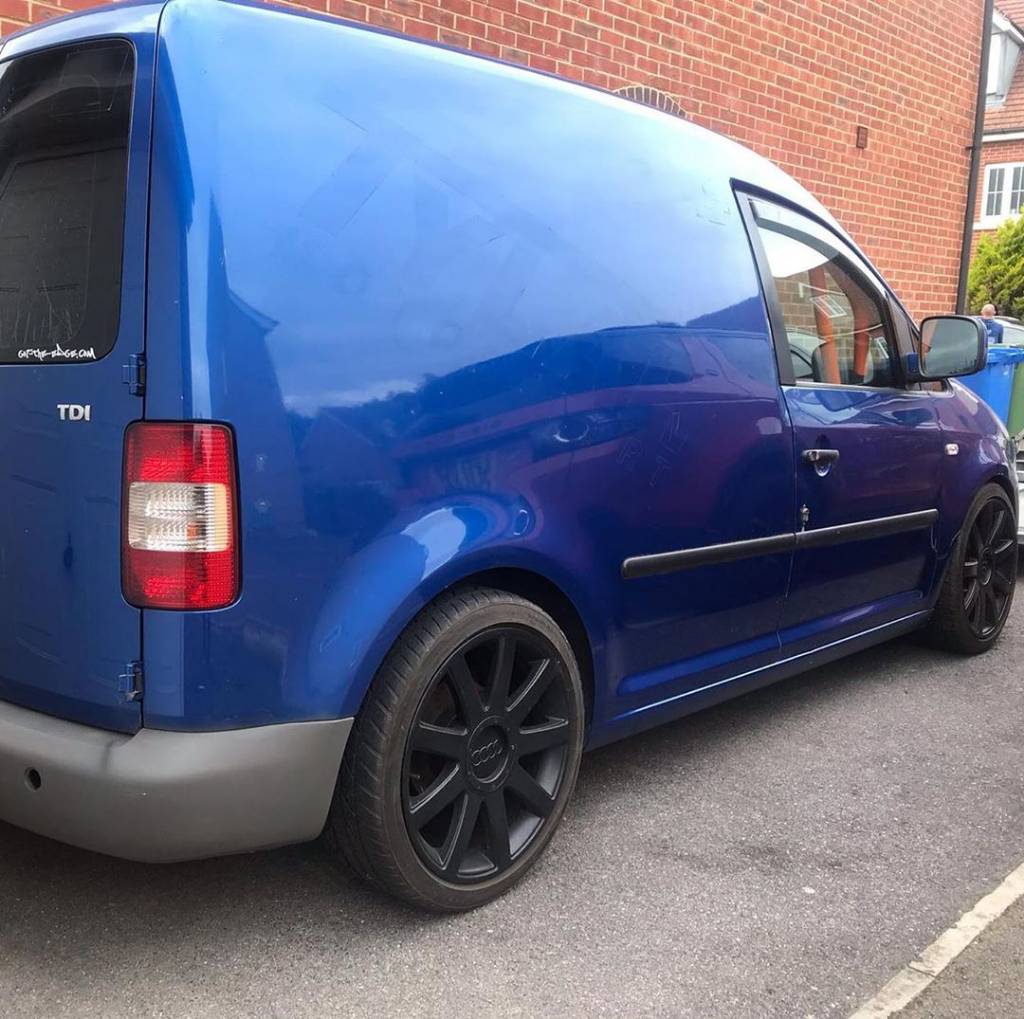 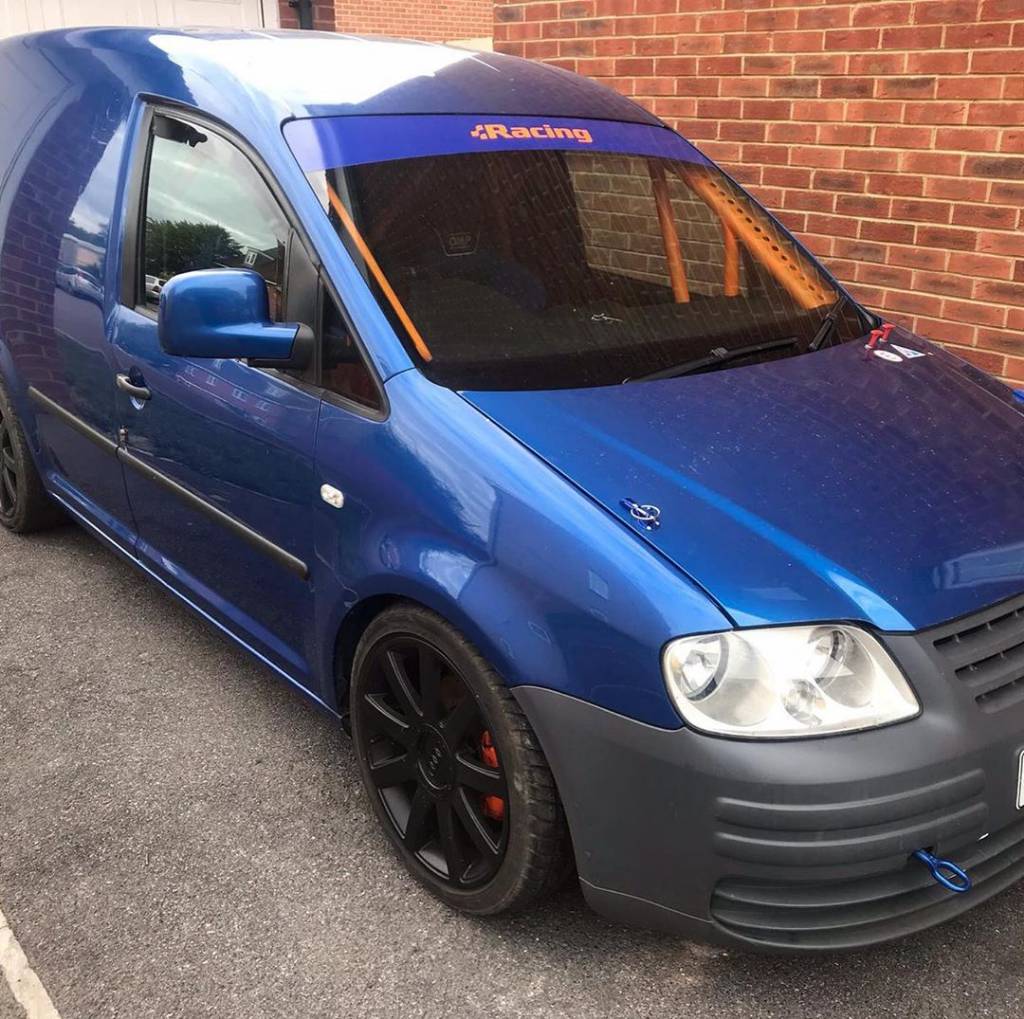 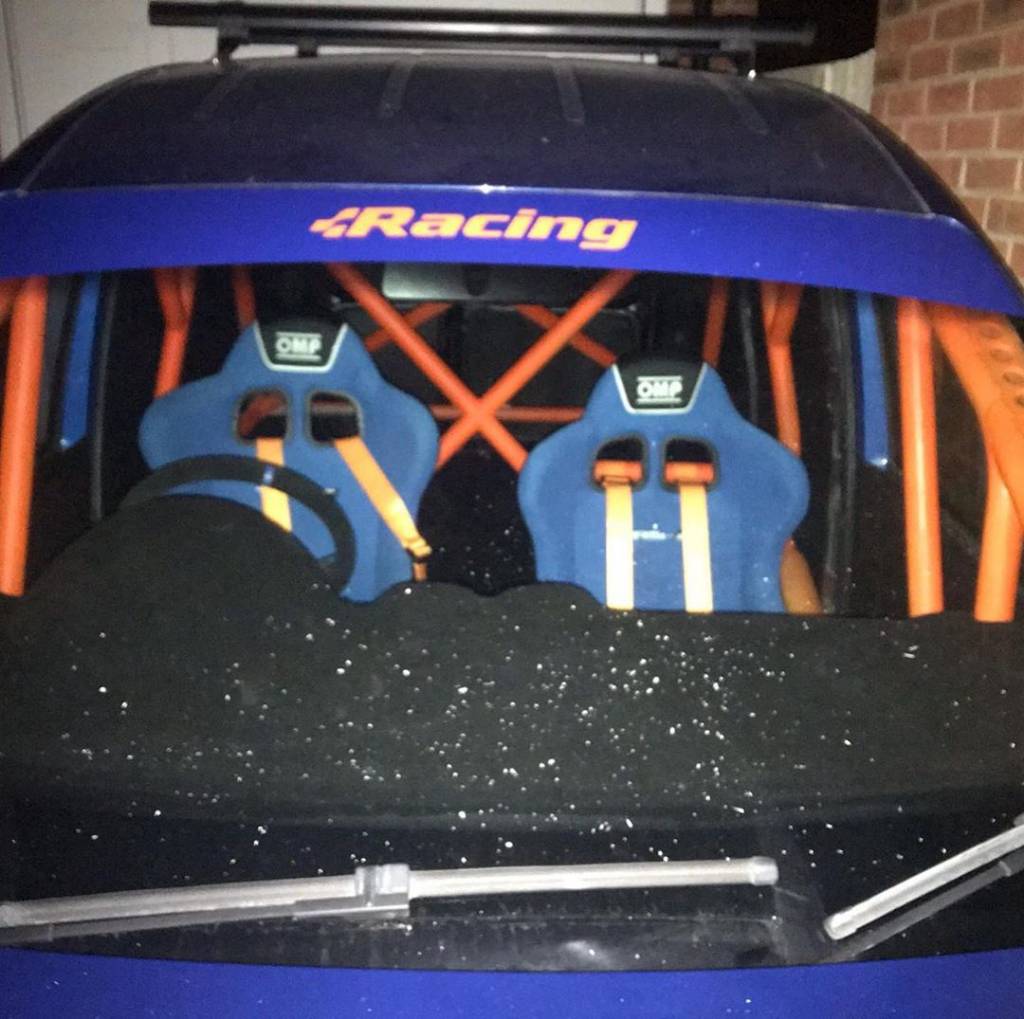 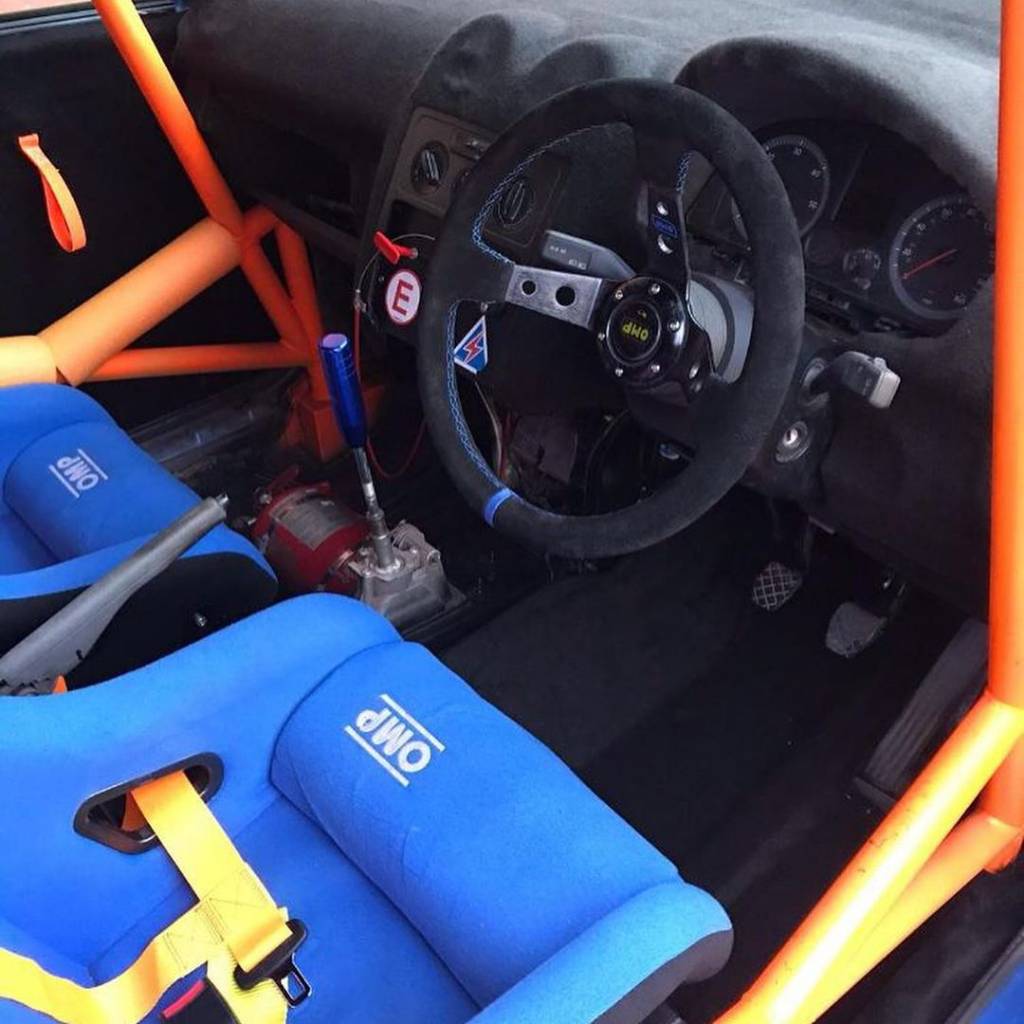 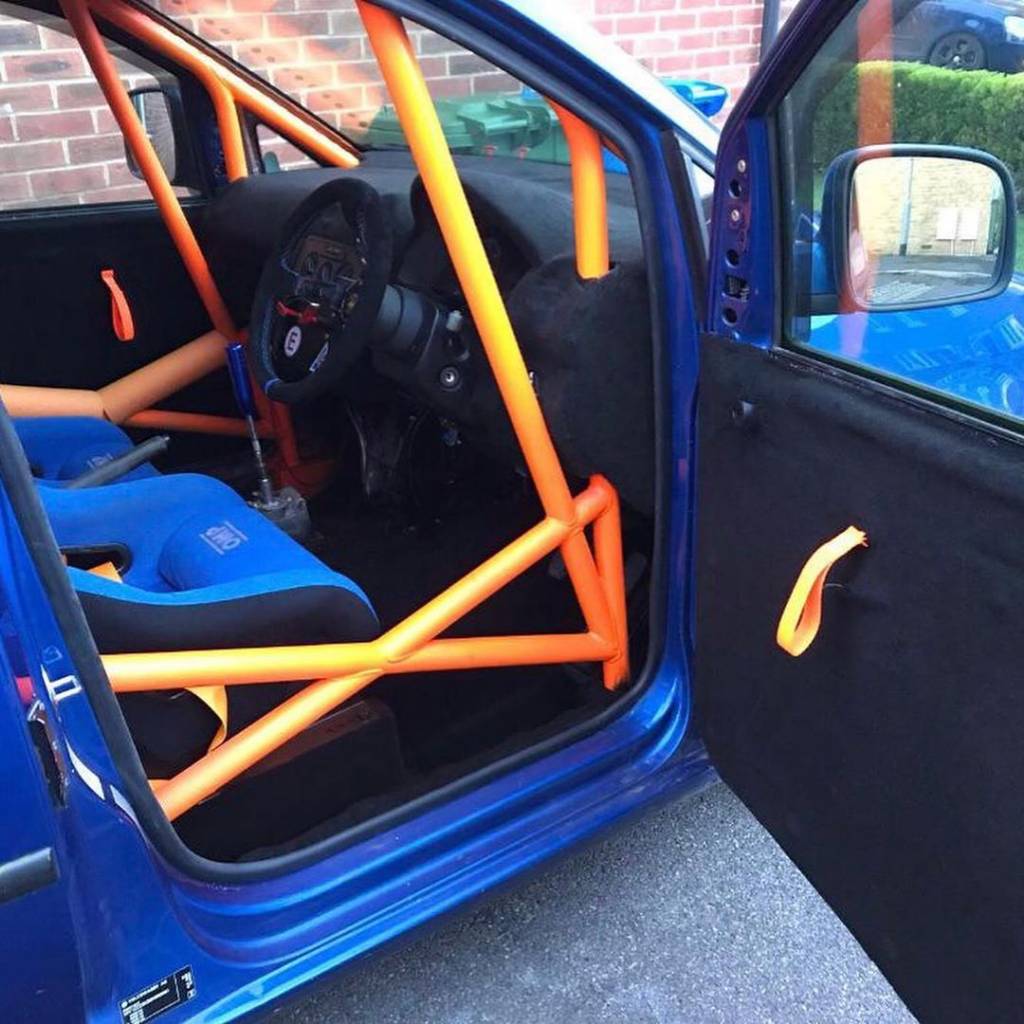 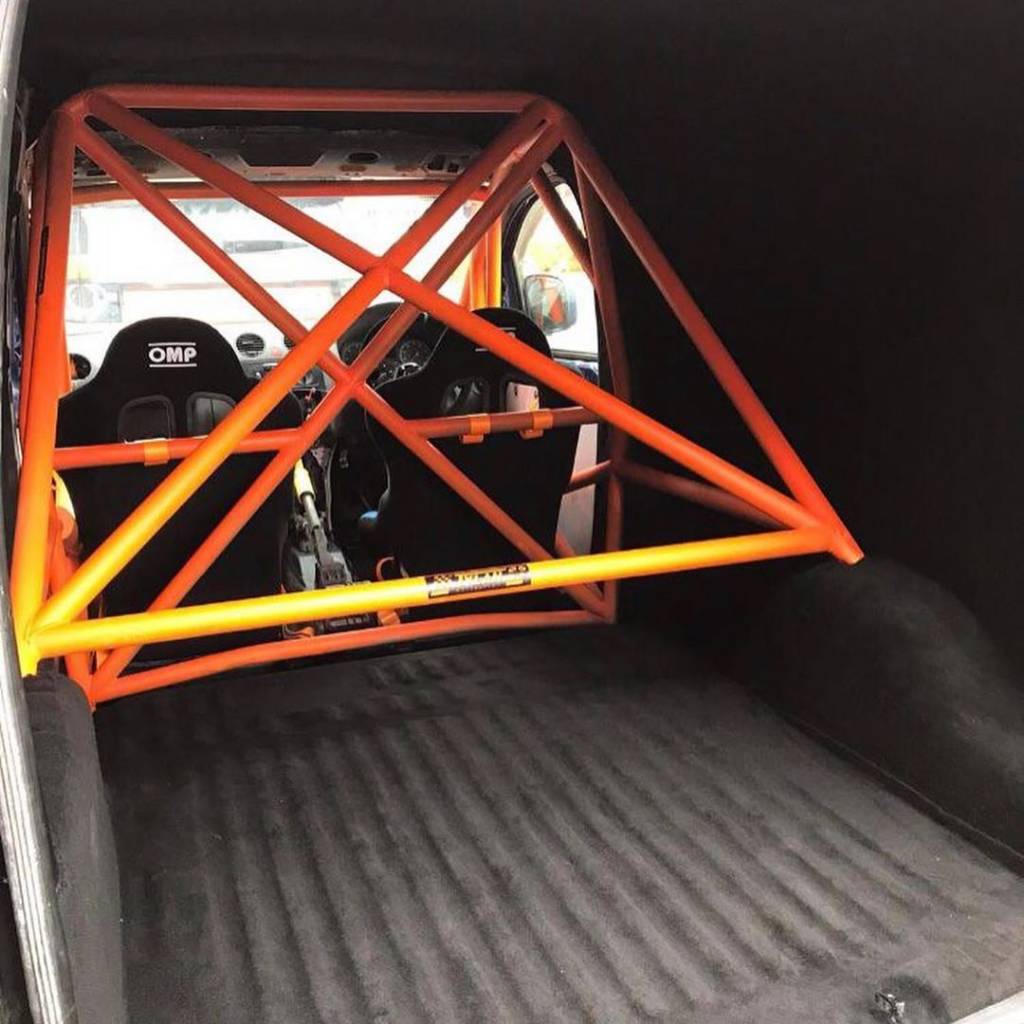 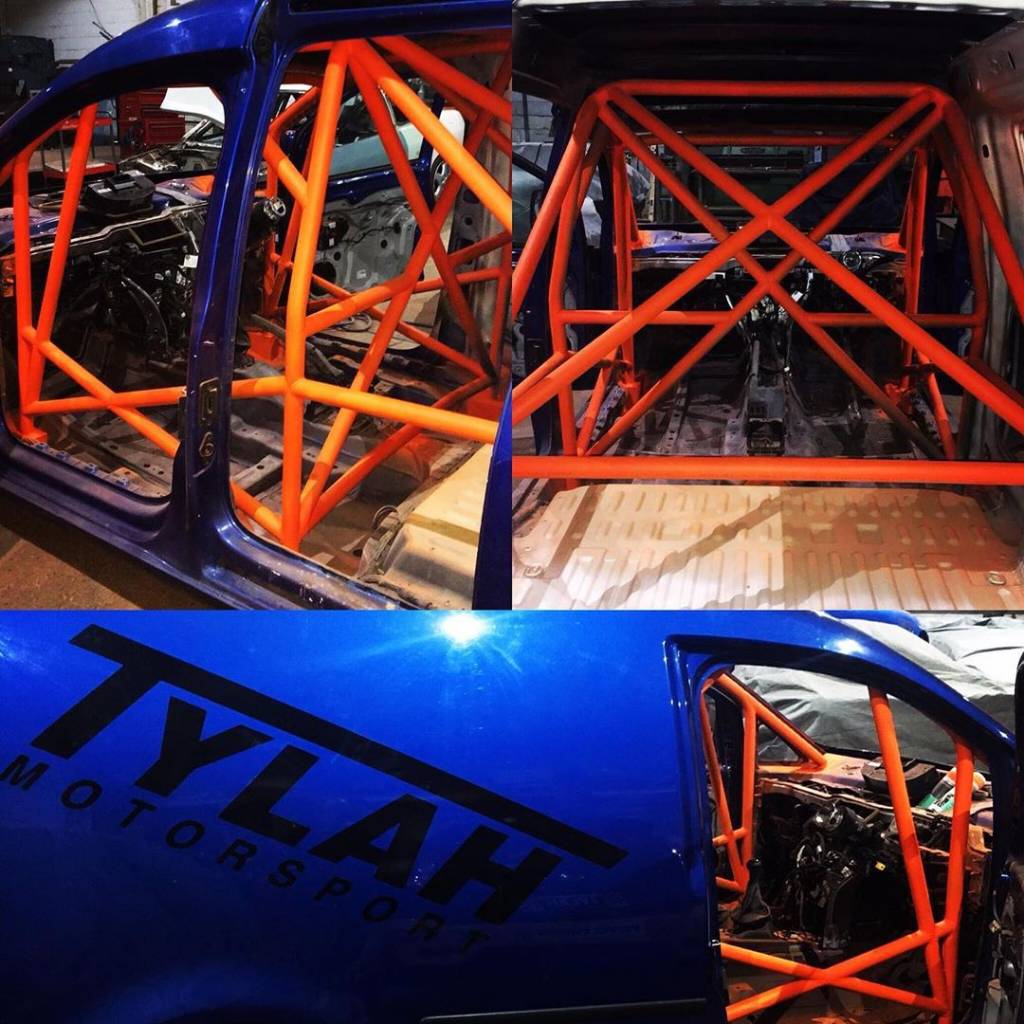 It had been caged by Tylah Motorsport in Bracknell and had some first rate cage work carried out.
This was during the fitting. 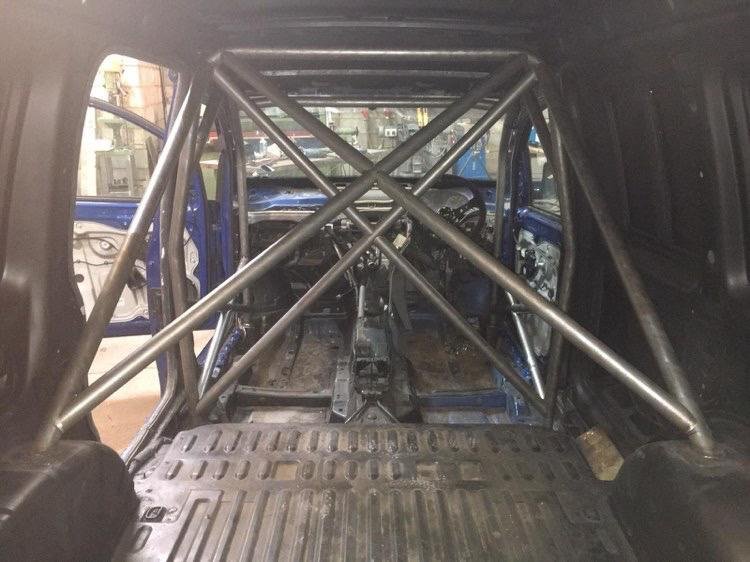 At the earliest opportunity we ran to collect it and get it back to DubUnit. 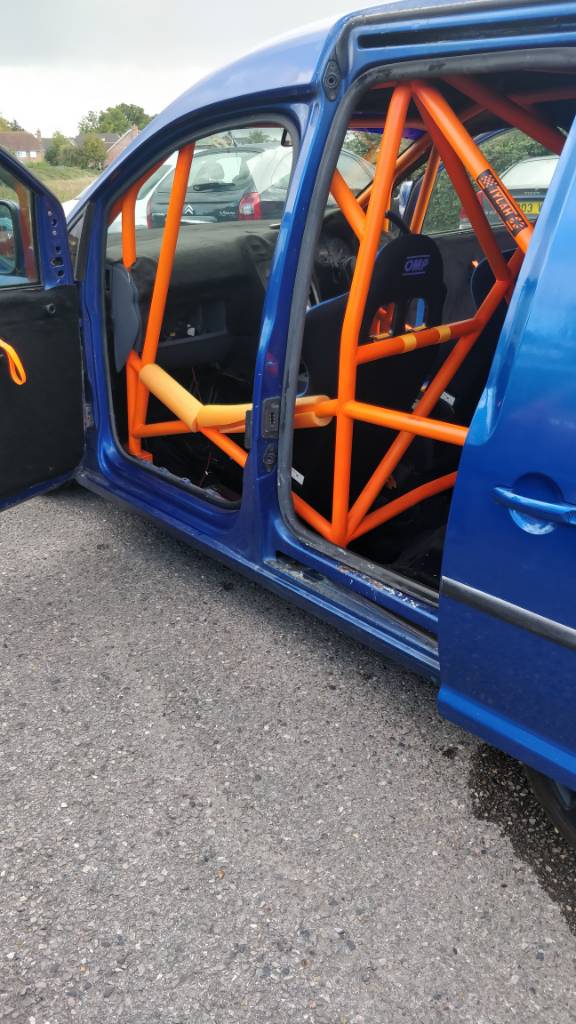 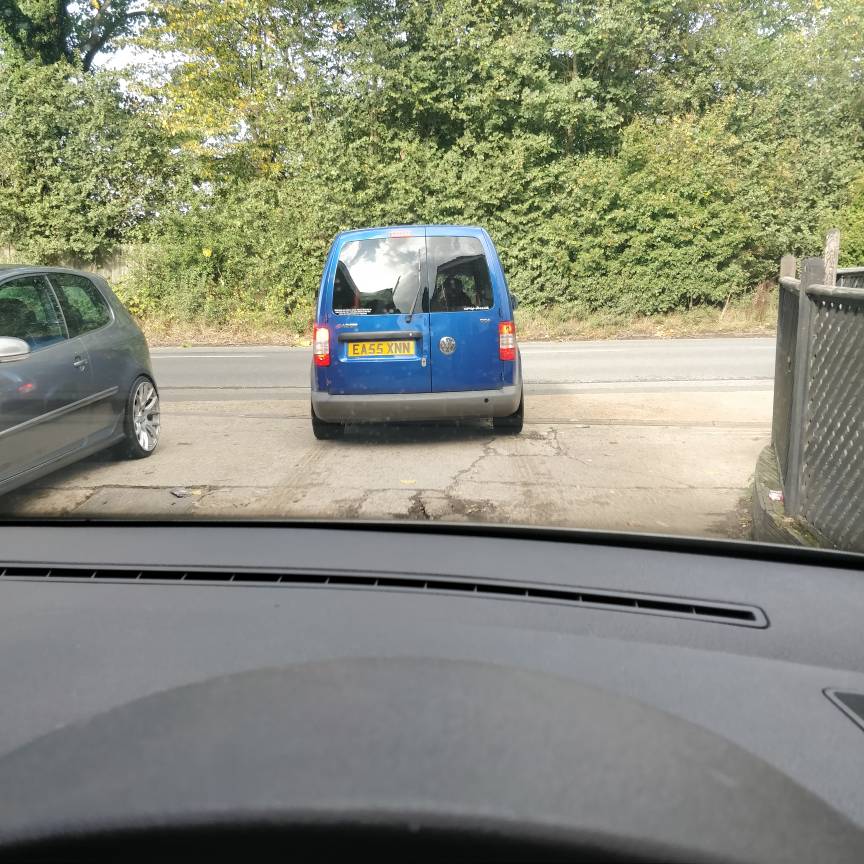 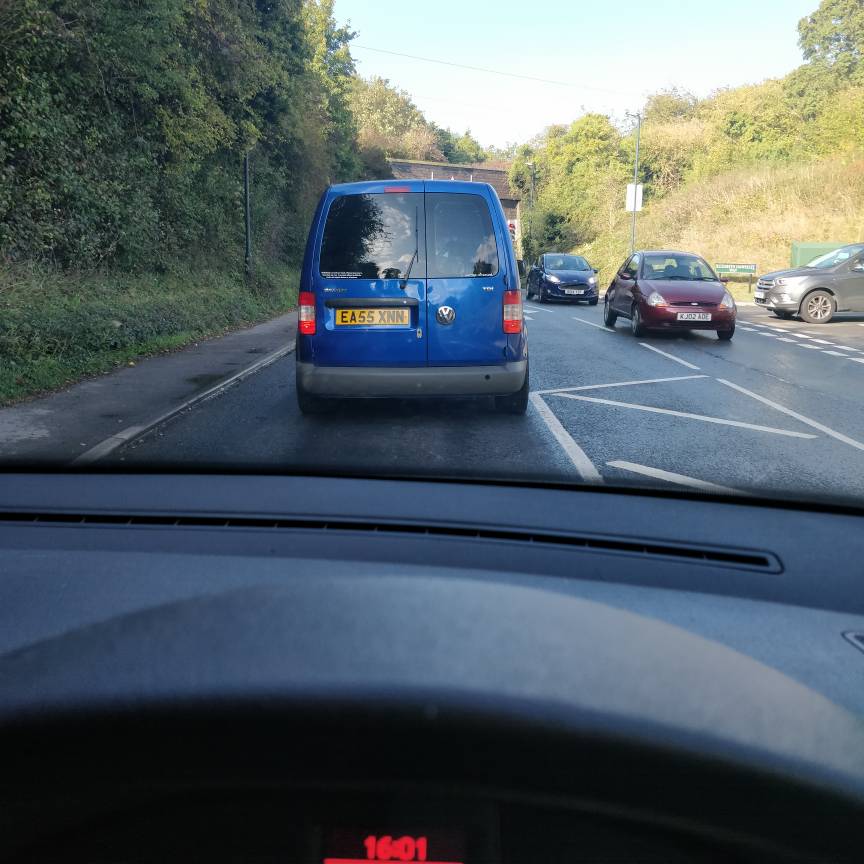 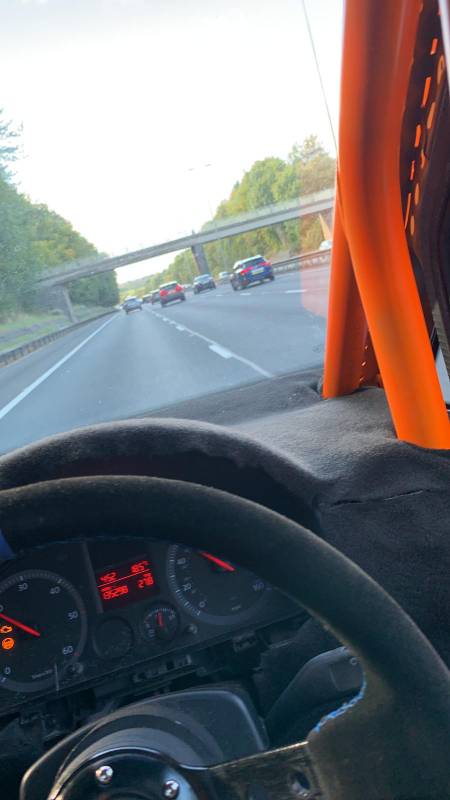 The engine is the original 1.9TDI (BLS code) with a 5 speed gearbox and some unknown but very boosty remap.
The exterior is a bit rough with dents and dings all over. There were deadlocks fitted which along with the colour made me think it might have been an ex British Gas van although the majority of those were SDI.
It is much need to some finessing but that'll come with time.

The plan is to fit a TFSI engine with K04 turbo and supporting upgrades alongside a DSG gearbox.
Suspension, brakes and wheels will also need sorting along with some aerodynamic work which will mostly be a partly flat floor and rear diffuser.

This won't be left behind with the electronic upgrades, I'll be fitting a 3D colour cluster and mk7 R MFSW.

Here it is on the ramp at DubUnit. 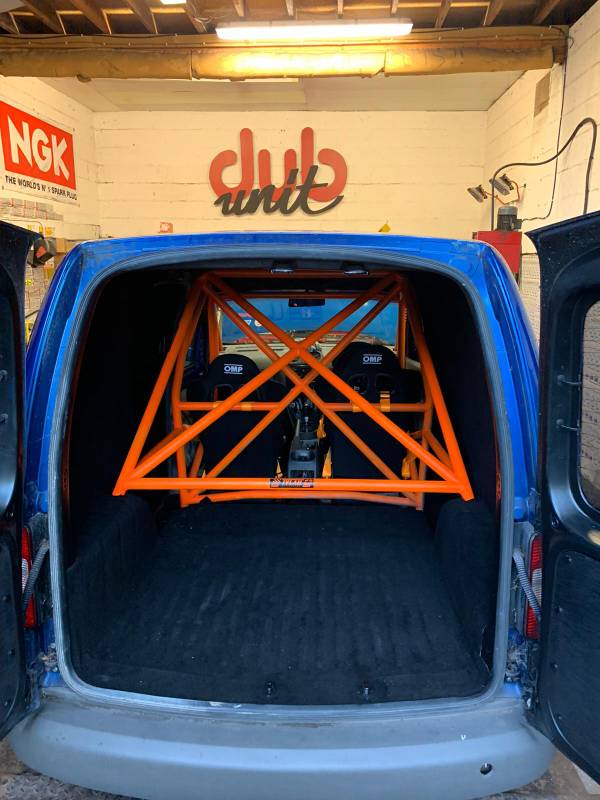 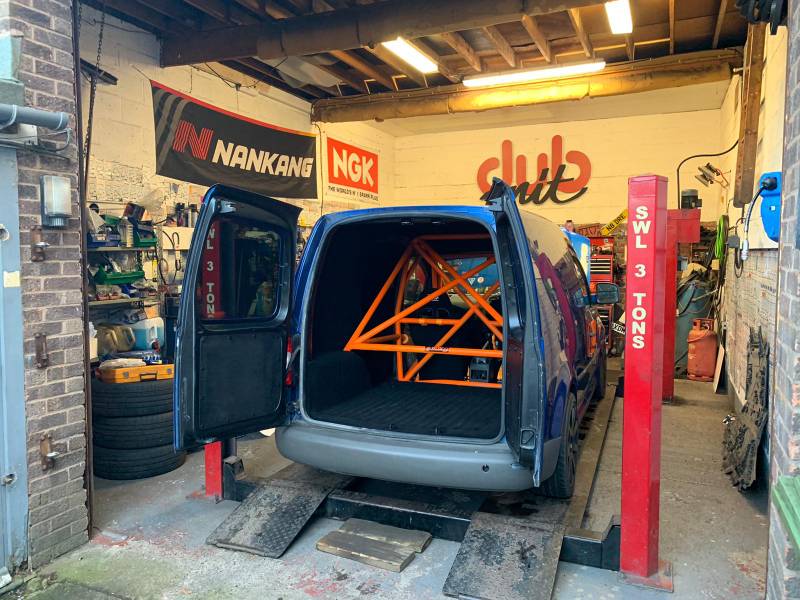 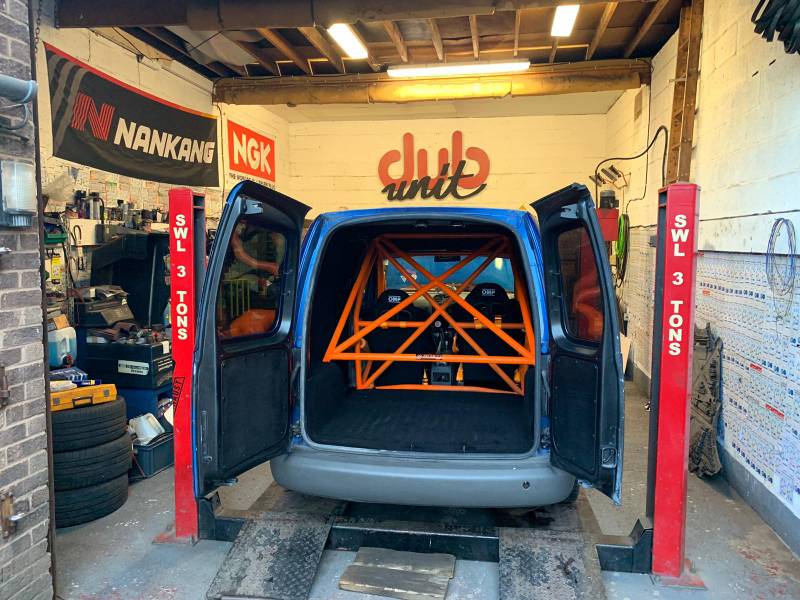 This caddy has had done probably the only thing we don't do at DubUnit so it will be a great foundation to build upon.

Looks like a really serious cage. Looking forward to seeing this one develop into the beast it deserves to be! 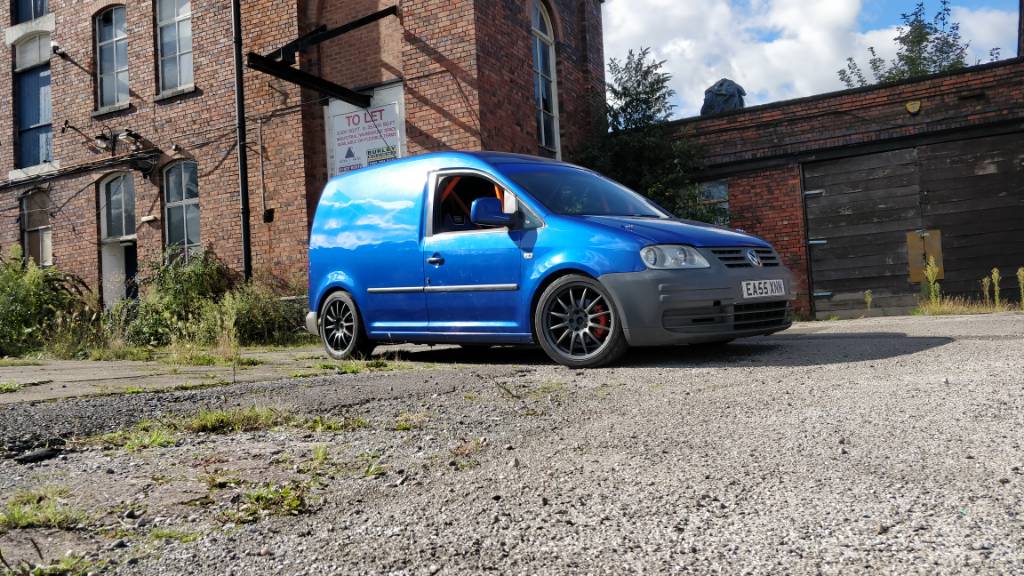 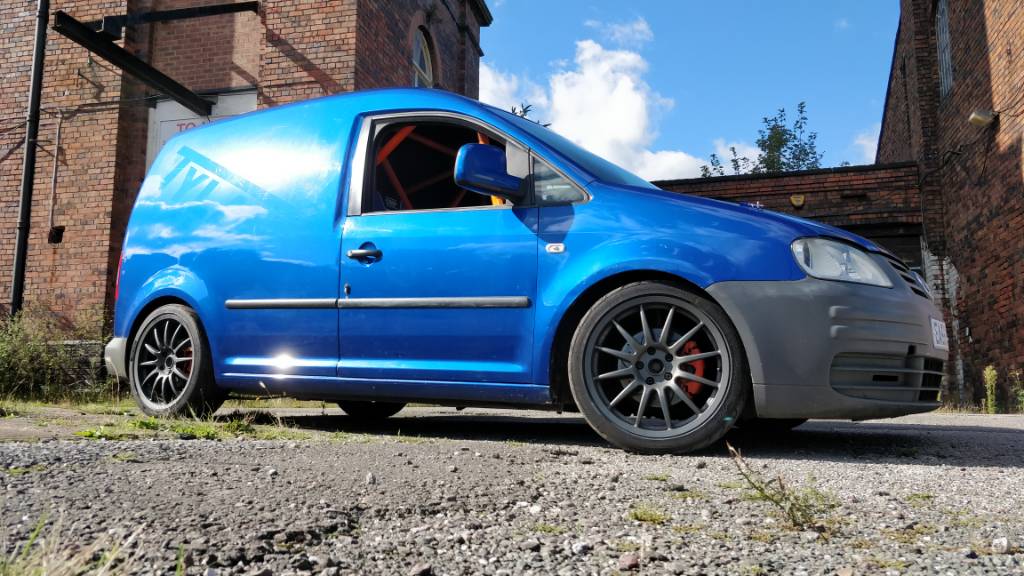 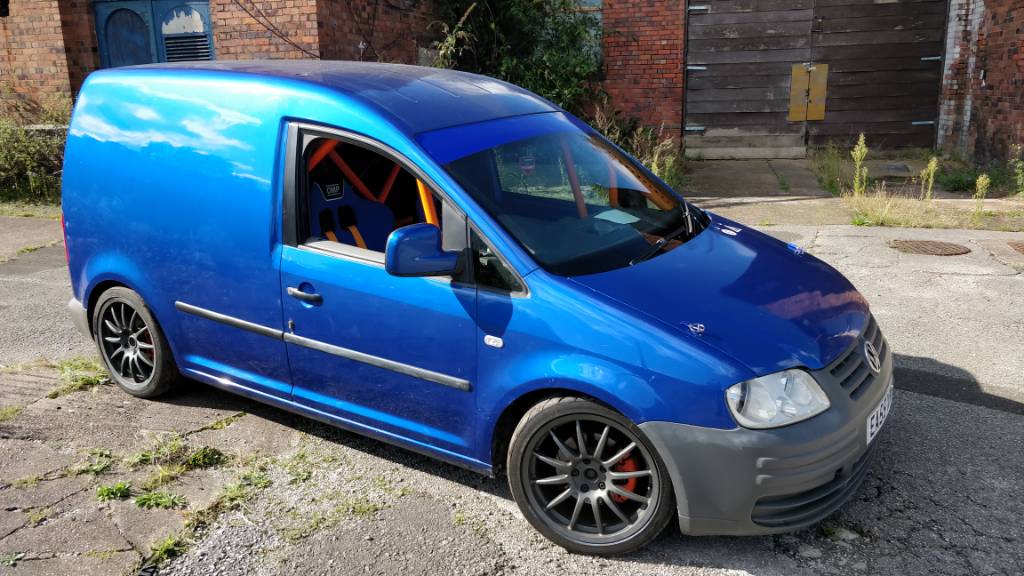 Here's another photo of that awesome cage for your viewing pleasure. 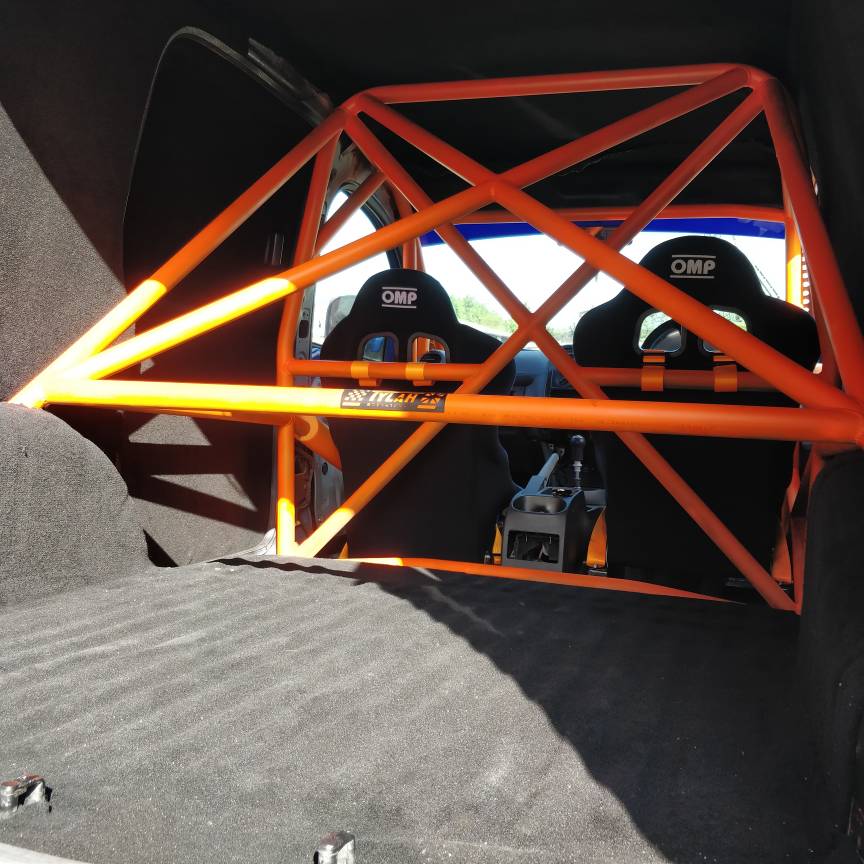 Matt has already sorted all the central locking and fitted as much of the drivers side door card as he can with the door bars.
I sorted a problem with the steering assist which was causing a major pull to the left when the steering wheel was held lightly.

This is going to be an interesting read. Bet you two going to make it a proper fast one

@dan@biali This is never going to be a show van so it's gotta get plenty of power and the handling to match.
@Celticrsmith clubsport theme will be the aim. Some luxury but functional modification while not deviating too far from the track weapon look.
@Giddy I can't wait to get stuck in. There'll be some creativity required to get the function and form desired.

I’m looking forward to seeing this one being built.
With Mat and you Doc this well be awesome.
Ex BG 2011 Caddy maxi VR6 3.2 engine standard 237 bhp

What problems with the steering assist causes the pull as my van after track still feels like it pulls to the left on the motor way ?

Sent from my ANE-LX1 using Tapatalk

@Svenycaddylife the steering angle sensor was messed up by whoever fitted the boss for the OMP steering wheel. It was a whole 140° out which is quite an accomplishment.

Sent from my ANE-LX1 using Tapatalk

Looking forward to seeing this progress

that cage needs to be de-oranged a bit though!
It seems to be that shade that only dogs can see!

Do i see carpet over the dash vents there Doc?

Looking forward to seeing your developments on this one.

Agree with others, it will be interesting to see how this progresses.