Thought I'd post a progress thread on my Caddy as I go along.

It's a 2016 (66/Mk4) 1.4TSI DSG Life in Acapulco Blue which has been converted to let me drive from my wheelchair. The conversion was done from new by a company in the West Mids called Sirus Automotive and I purchased it used in March with 20k miles.

It's been adapted with a power tailgate, powered ramp, lowered floor and removable drivers seat as well as some other minor changes.

Here it is when I bought it 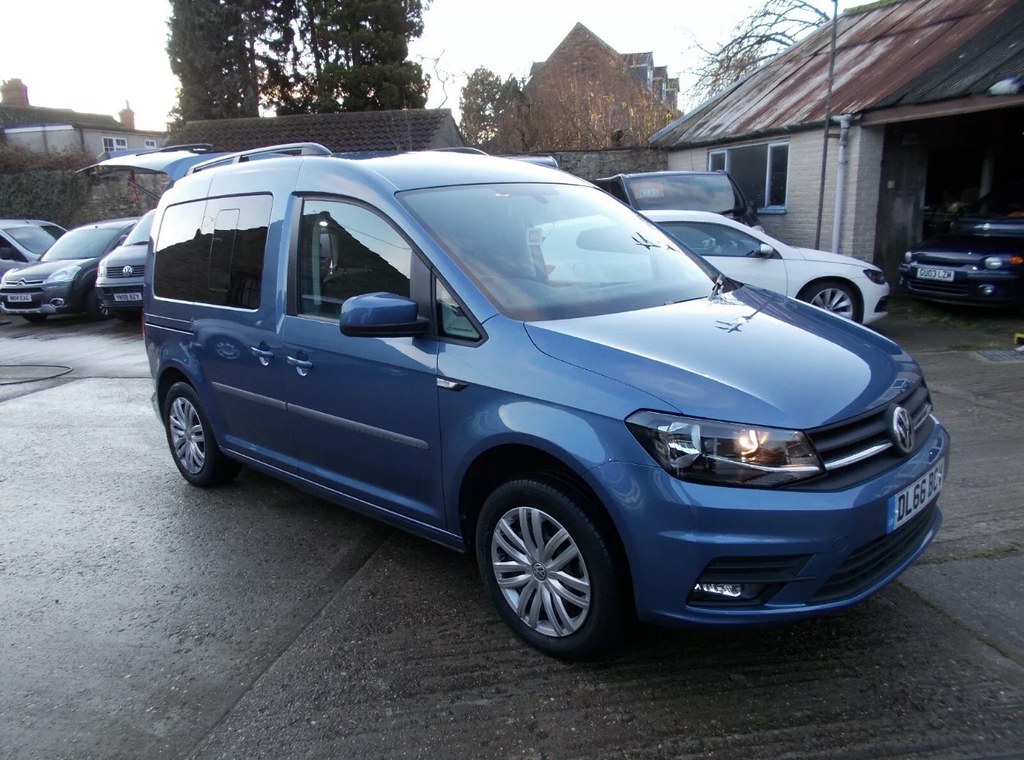 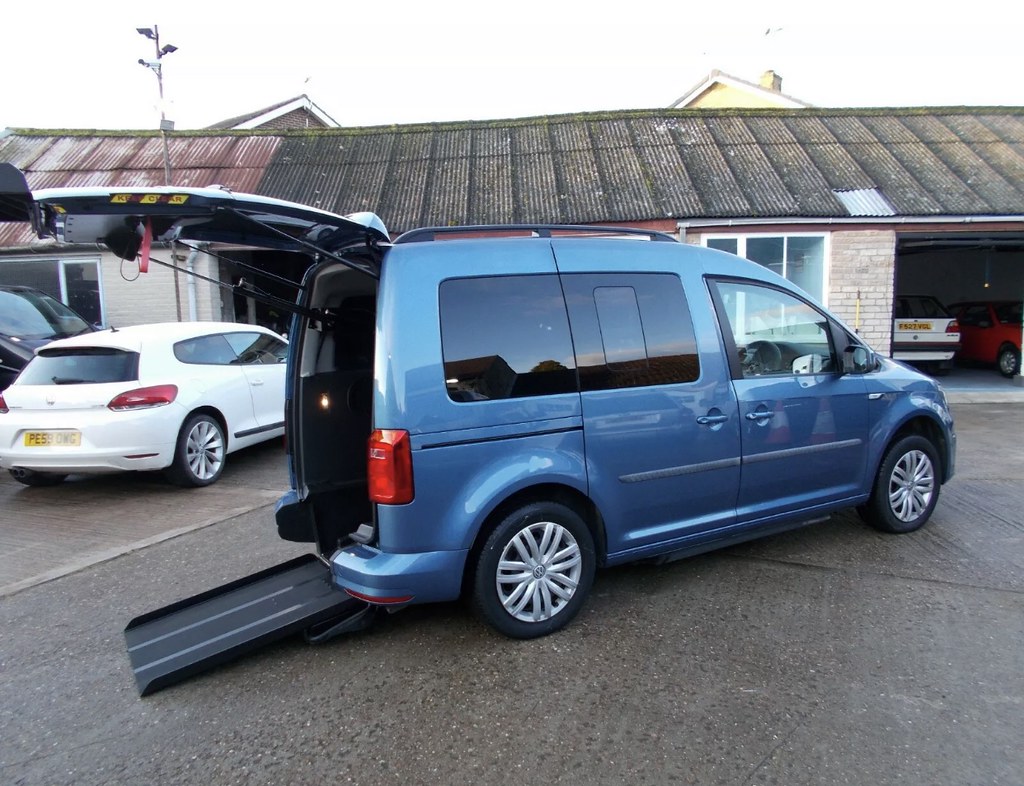 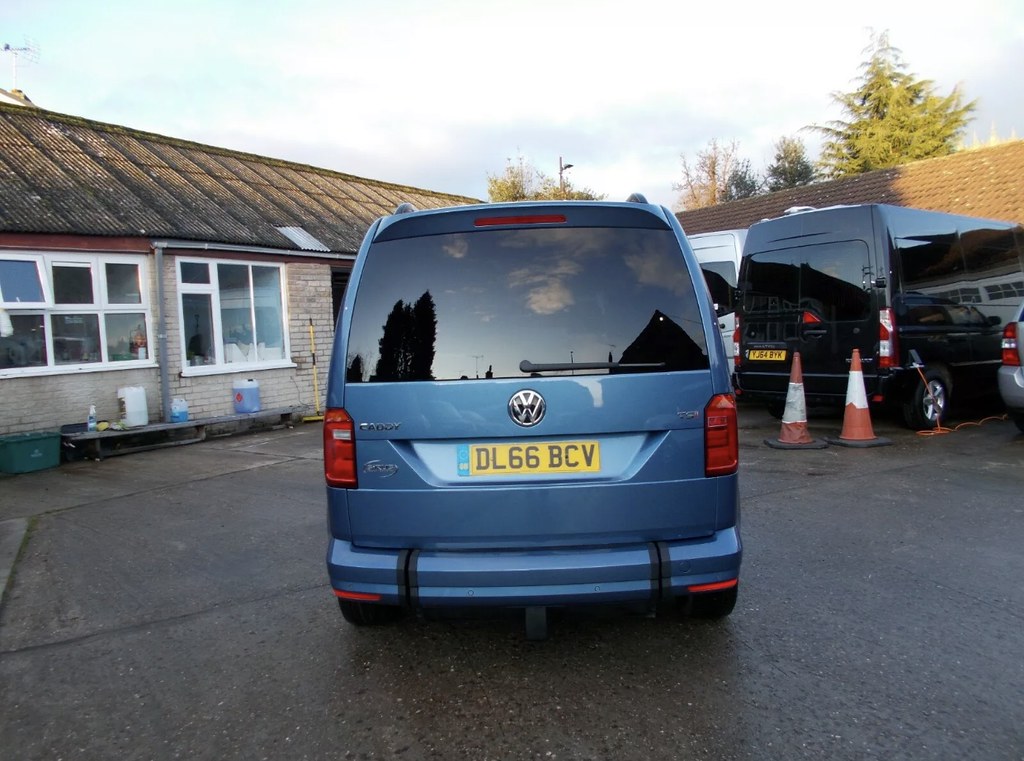 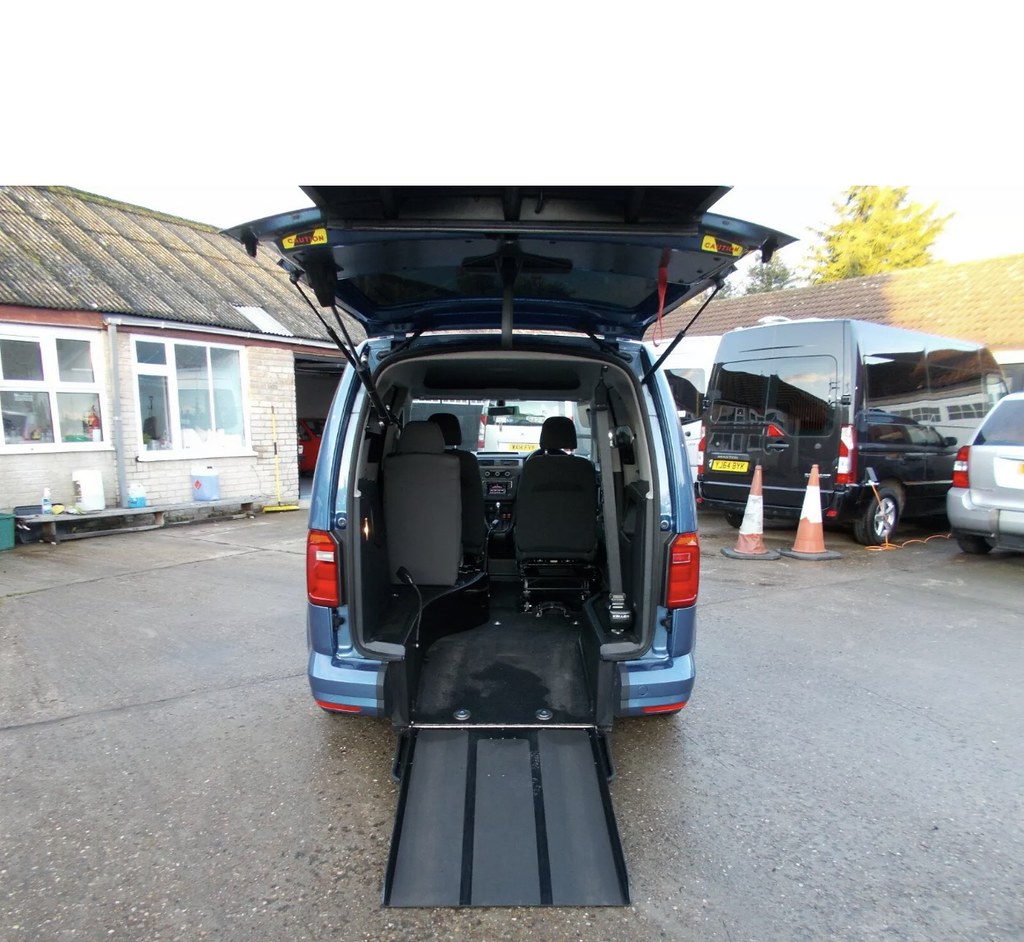 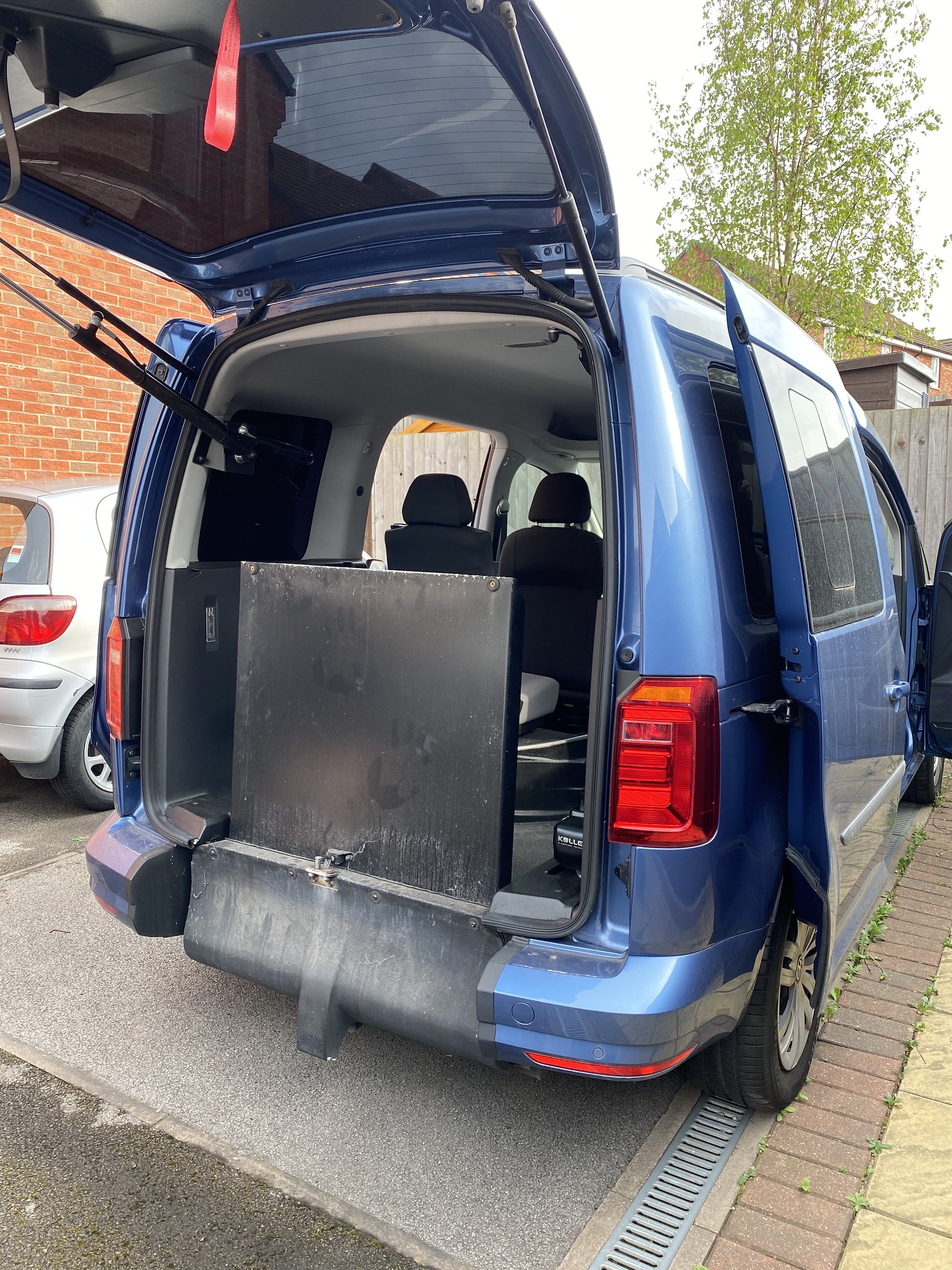 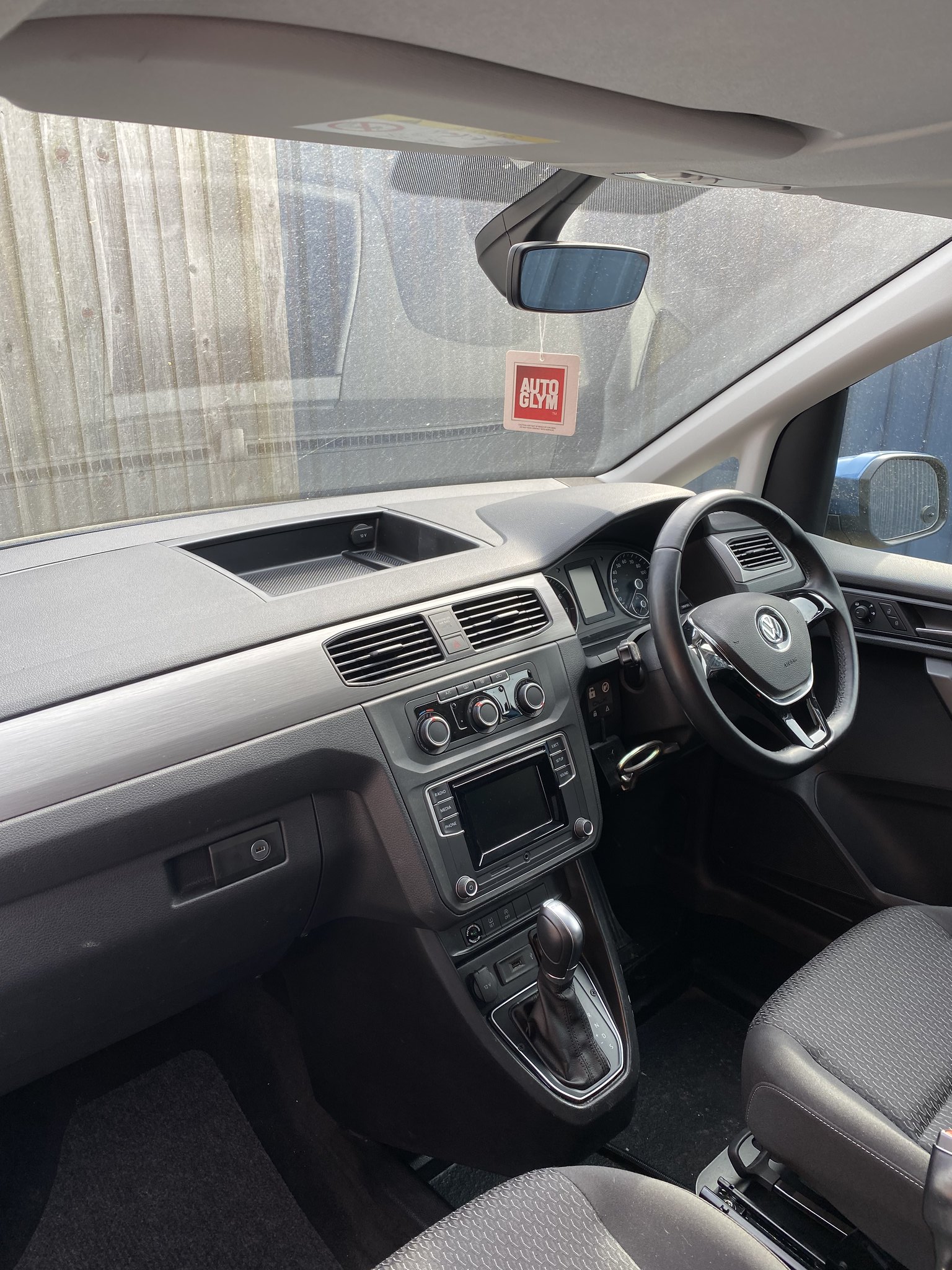 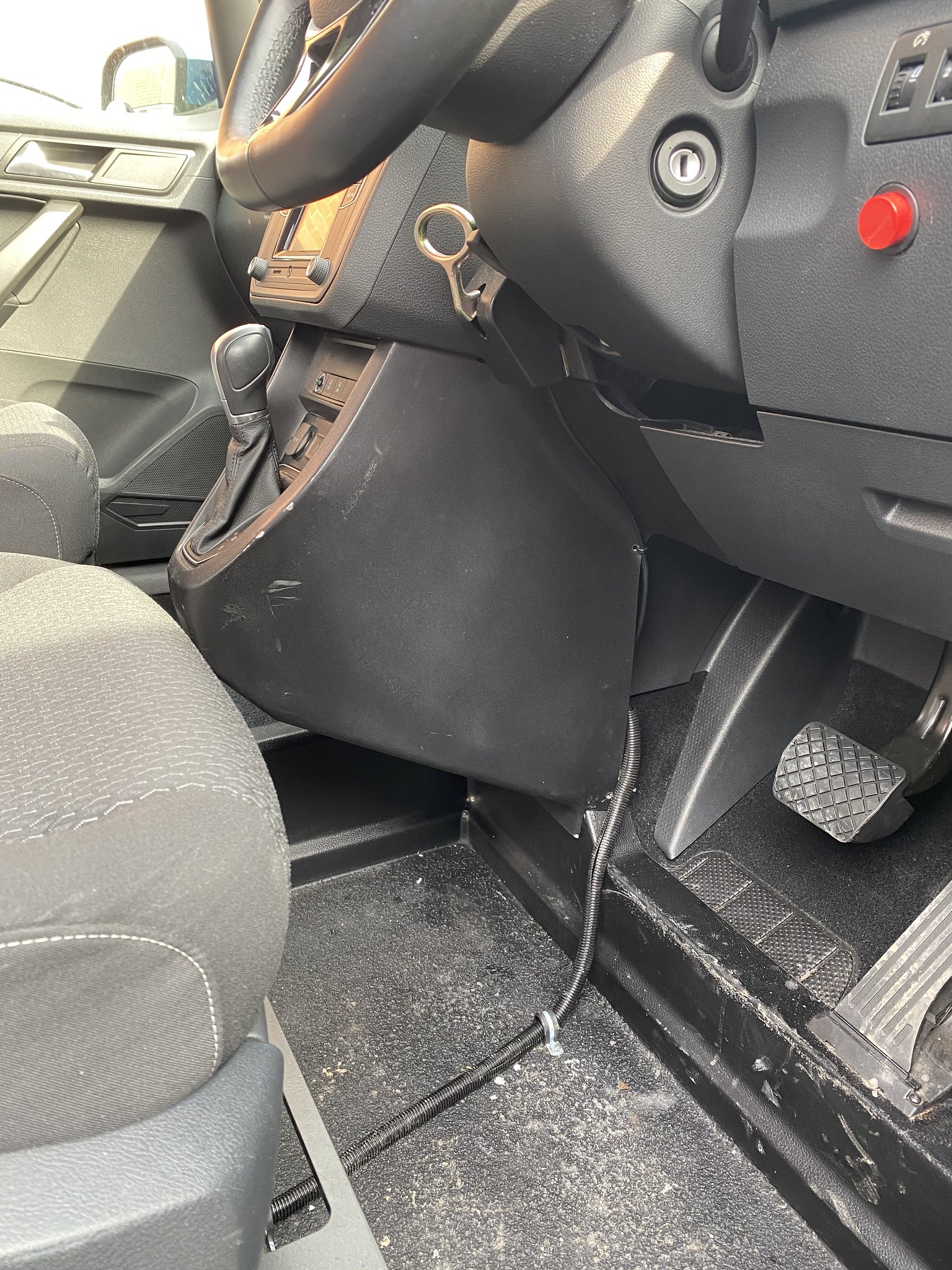 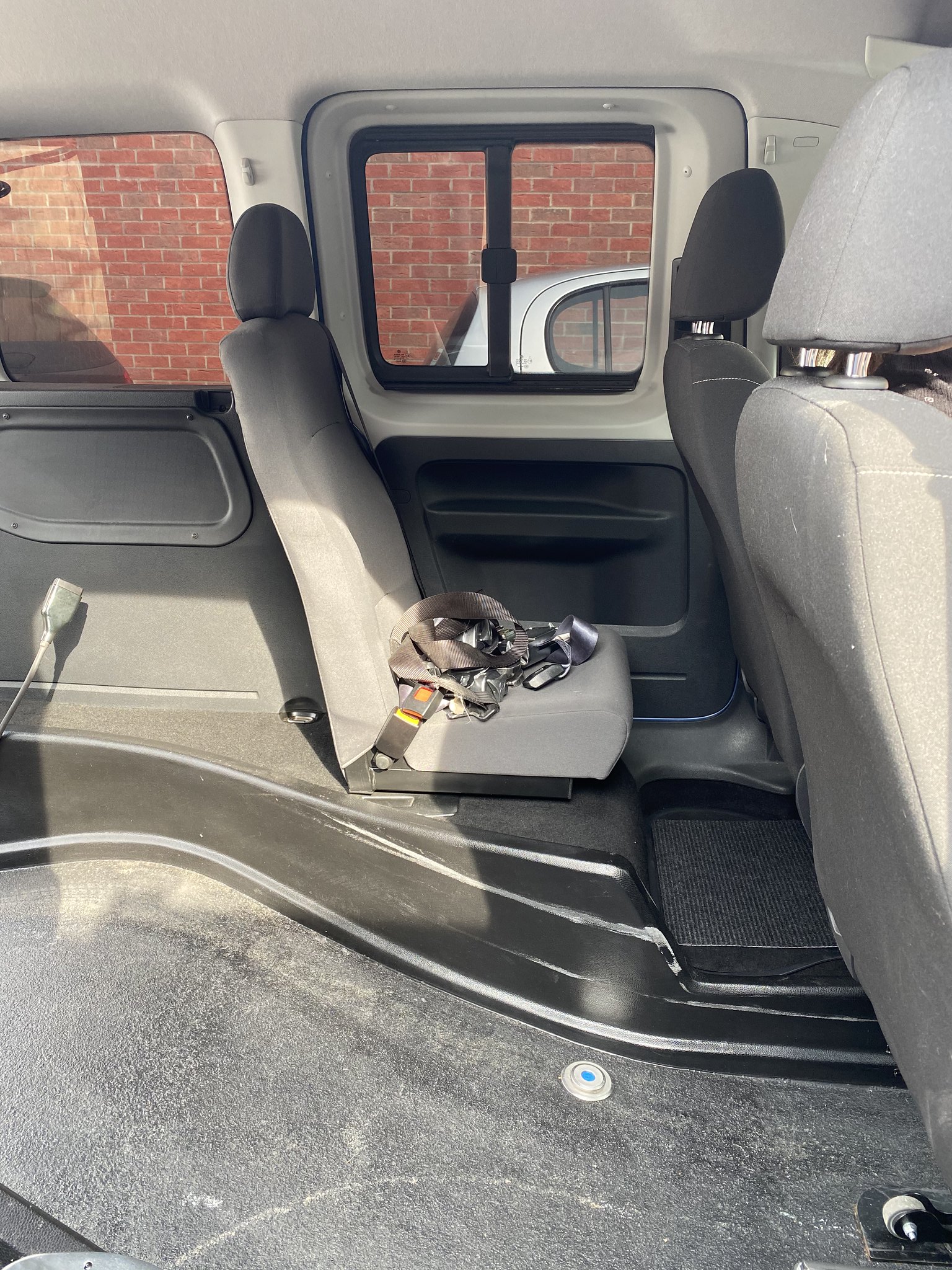 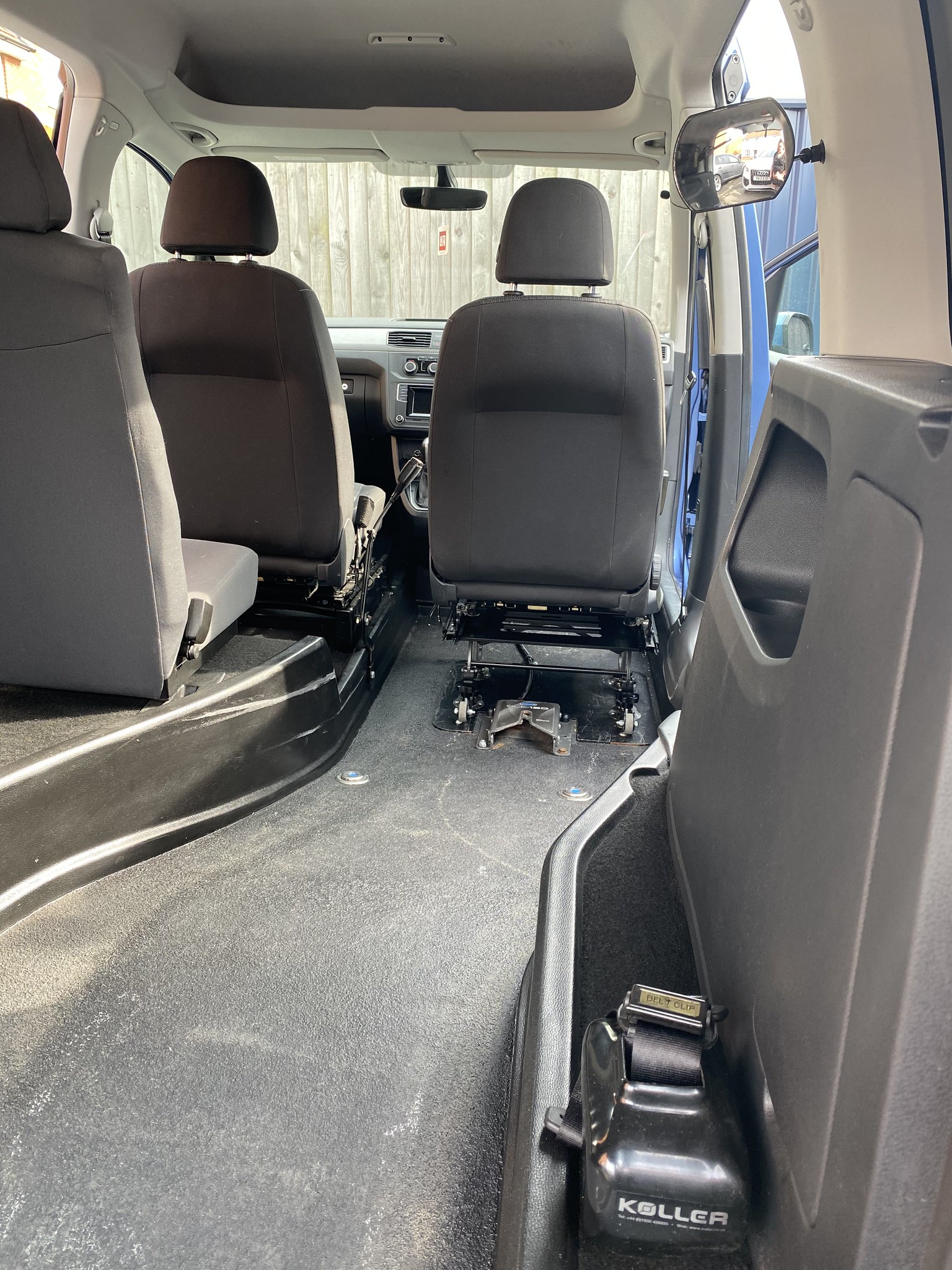 And without the drivers seat 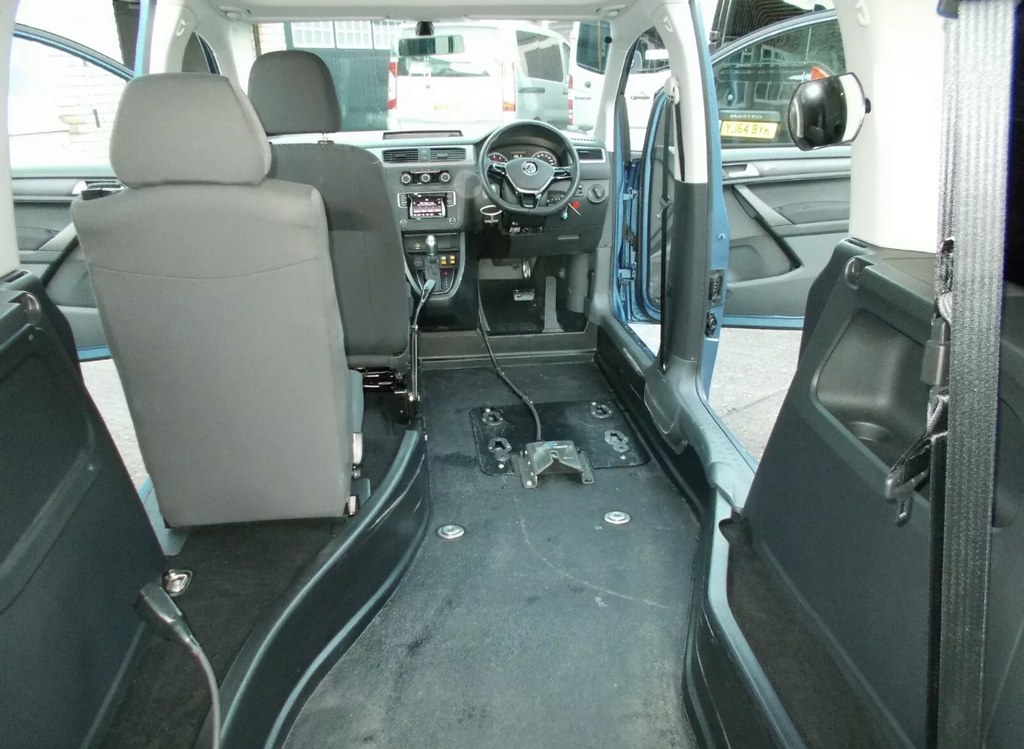 It's had some internal panel damage/scratches from the previous owners wheelchair getting in/out which I am hoping to sort with painting/re-trimming.

Also needs a massive clean everywhere. It's pretty much been sat since December. I can't drive it at the moment as I use hand controls to drive and the company doing them is closed due to the pandemic.
2106 Caddy Life 1.4 TSI | Wheelchair Driver | My Instagram
Top

First job was new plates and debadge the rear. 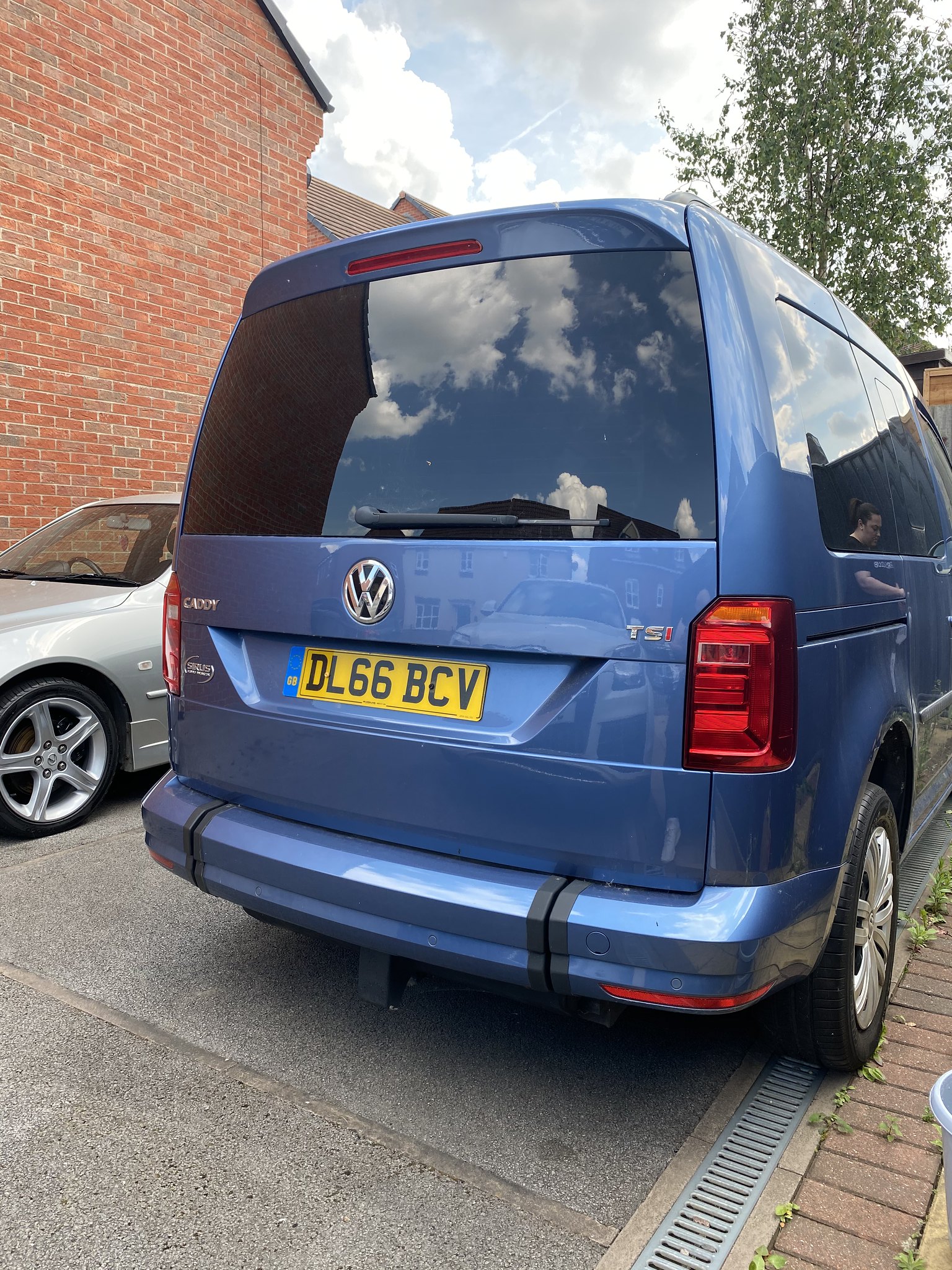 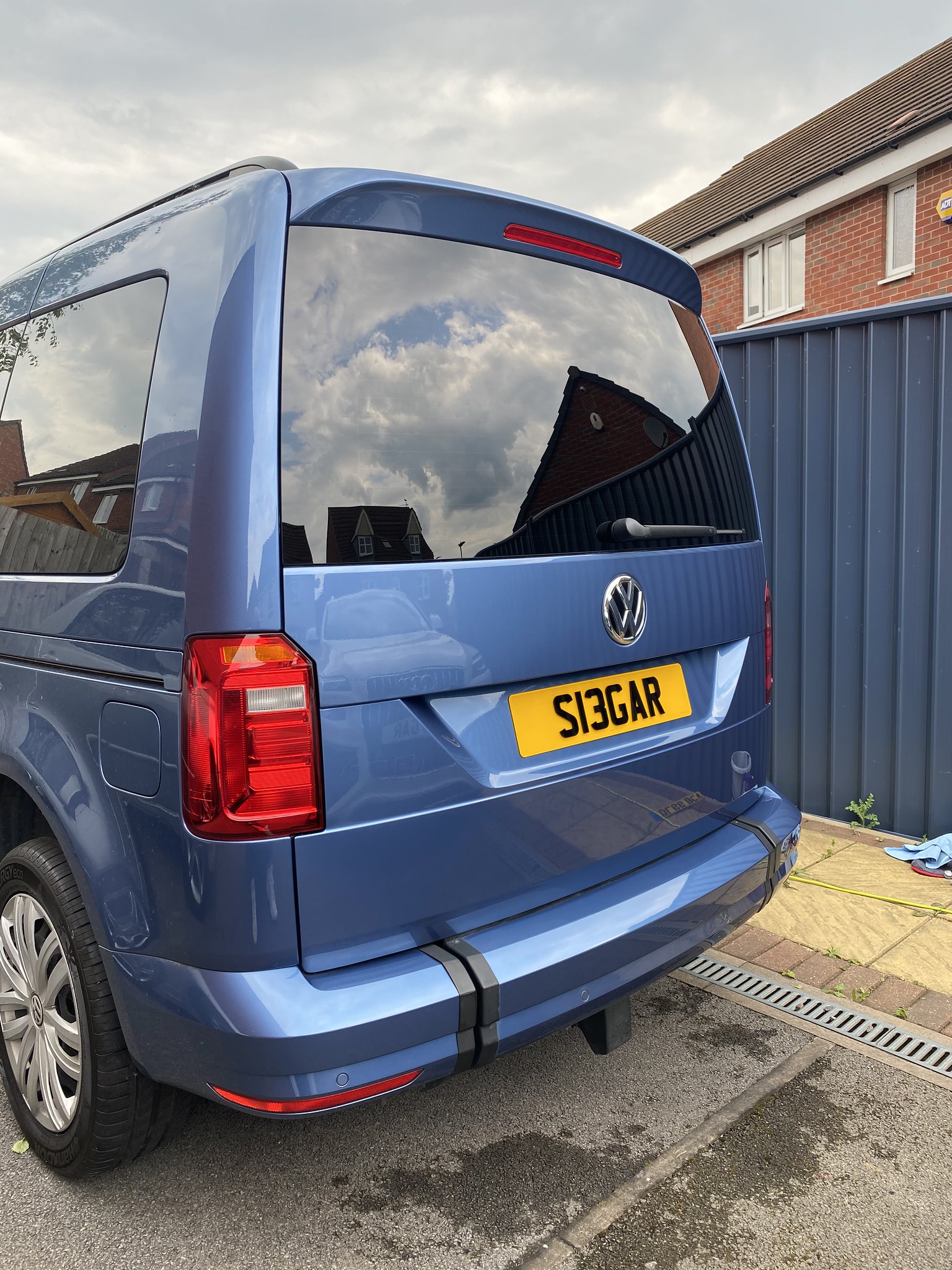 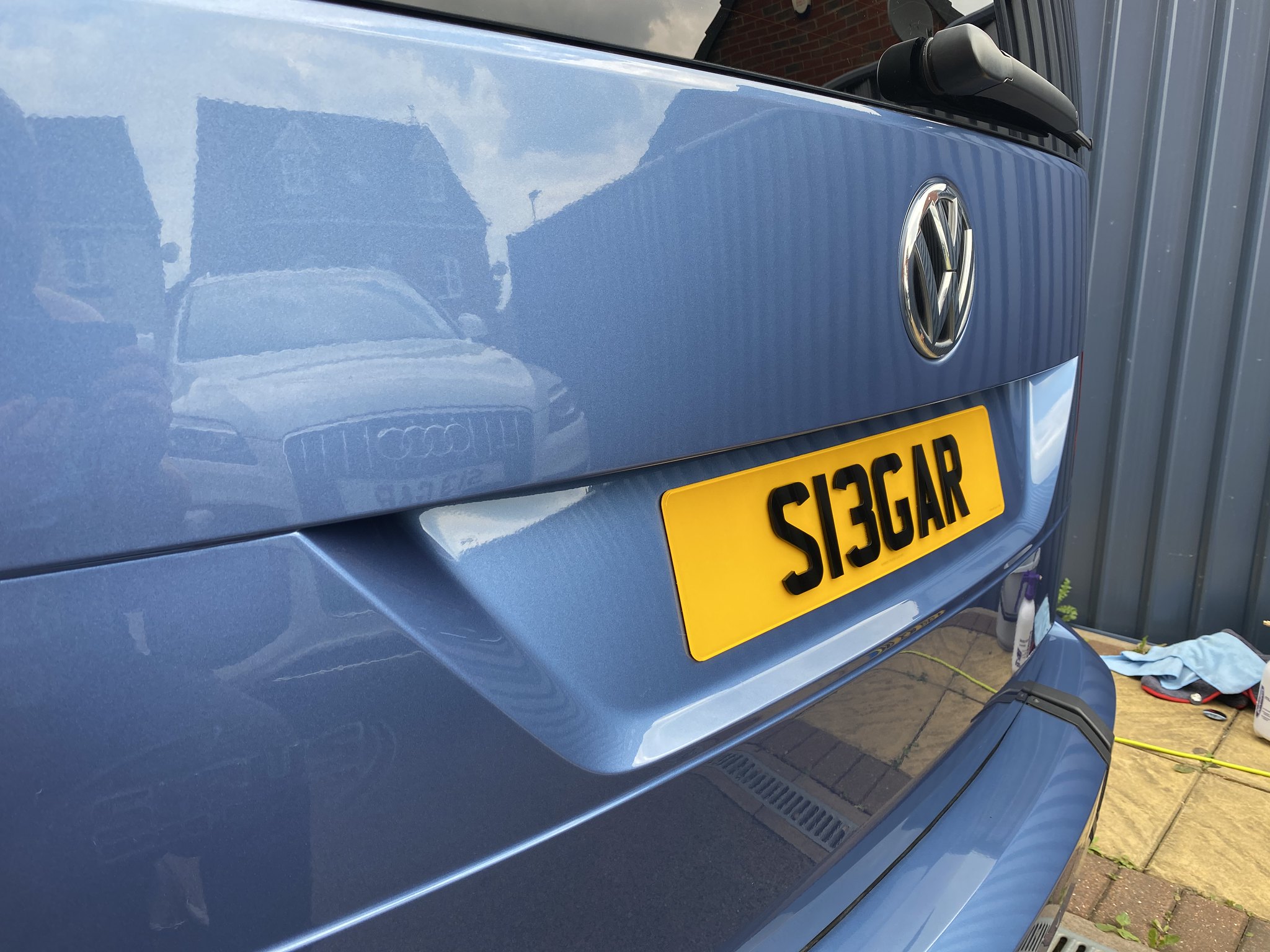 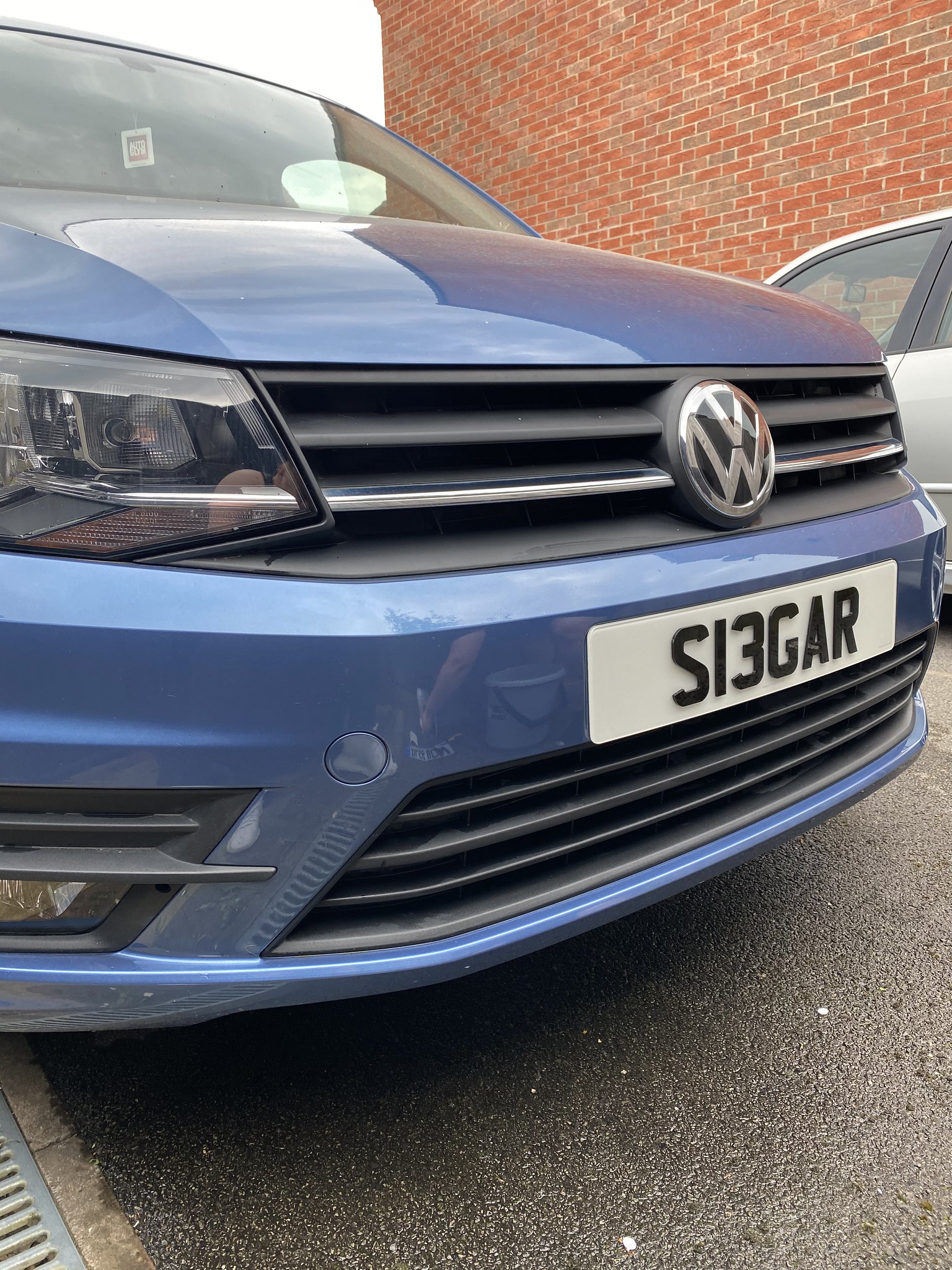 There was some ghosting left on the topcoat around the removed badges but a bit of Autoglym SRP soon resolved that.
2106 Caddy Life 1.4 TSI | Wheelchair Driver | My Instagram
Top

Next up is steering wheel. Opted for a Golf Mk7 R MFSW without the cruise as I have it on the stalks already.

Purchased from VWT5UPGRADES. The chap fitting and coding it is coming out later today to tell me what other bits I need before it goes on. 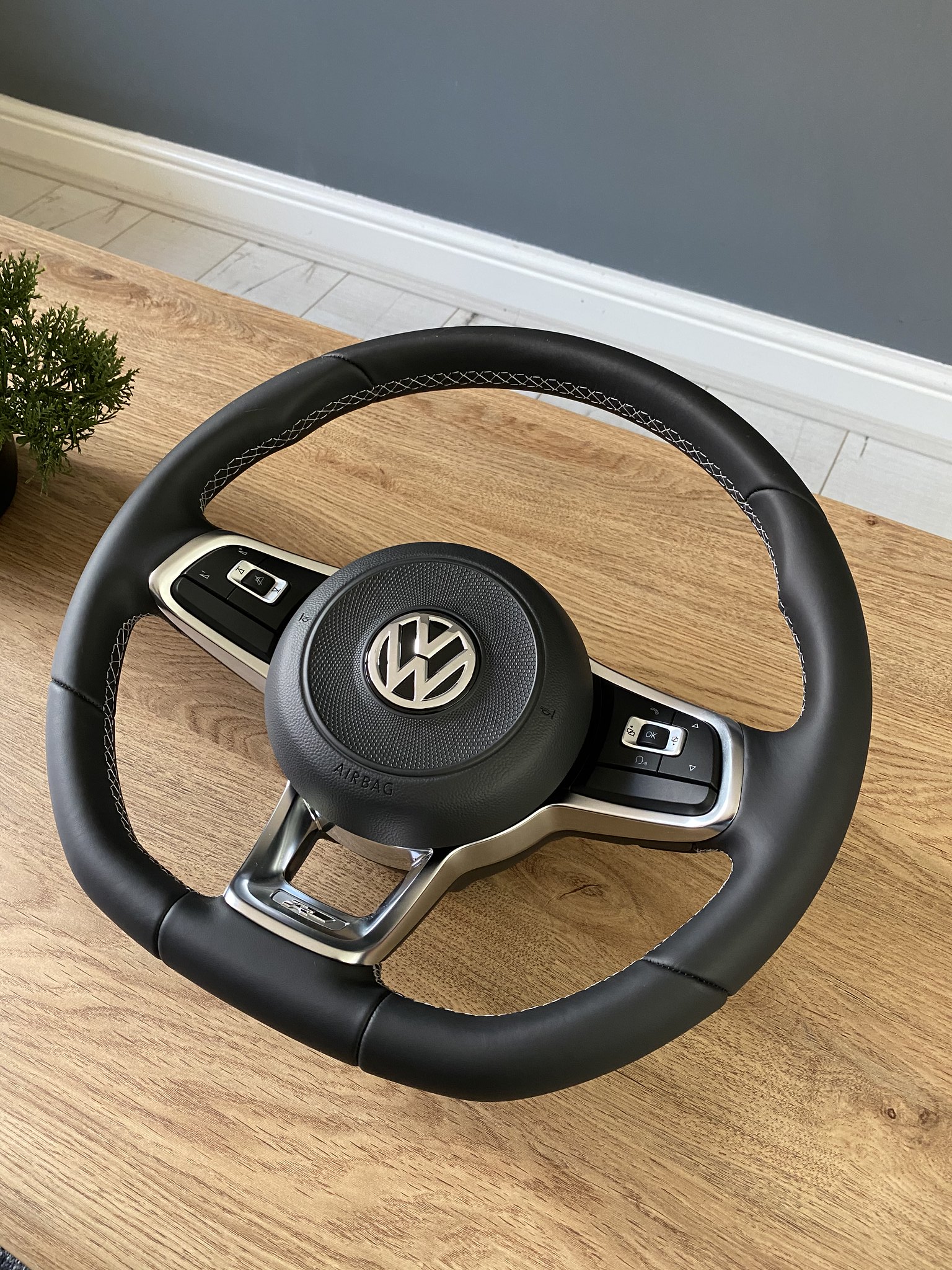 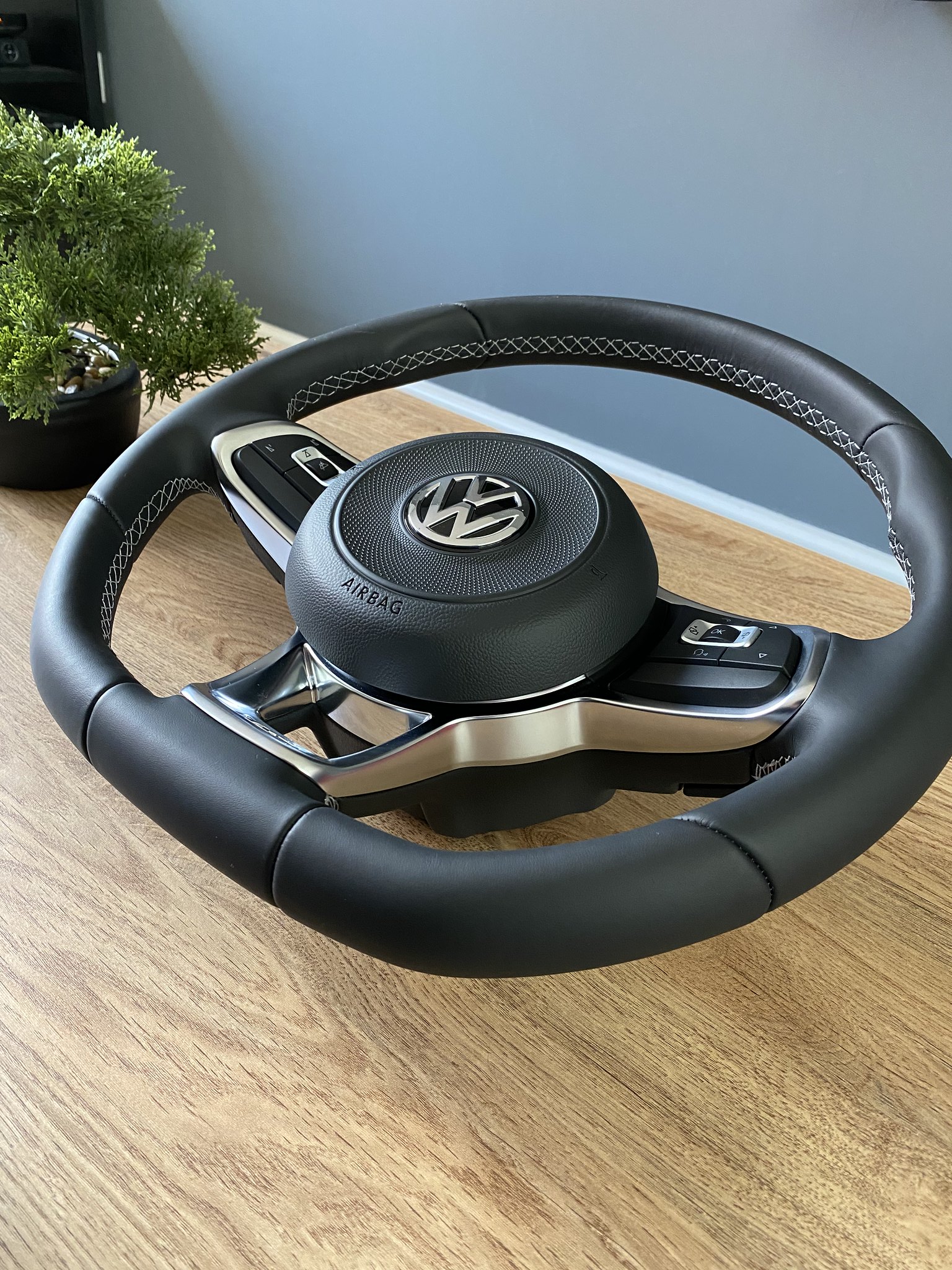 Once this is on, I can get my hand controls fitted allowing me to finally drive it.
2106 Caddy Life 1.4 TSI | Wheelchair Driver | My Instagram
Top

Hi mate, welcome to the forum. That’s a lovely colour van you’ve got there. The new steering wheel is going to look the biz too

Thanks chaps! I really like the colour too, not much choice when buying a used wheelchair vehicle so glad this came up when it did.

Haha....oh dear, I didn't even notice

In my defence, it's legal on the car I drive....which in fact has now had the number plate removed on the DVLA database.....making it illegal.......

Got the wiper bolt covers and bungs on the scuttle. 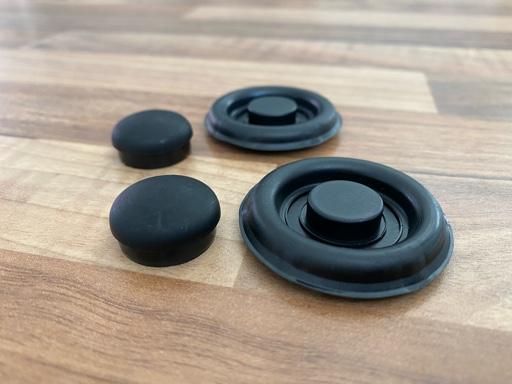 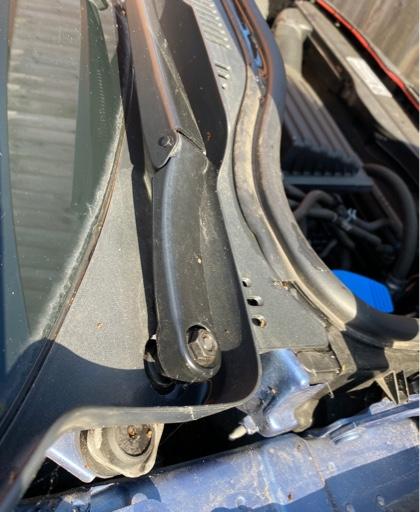 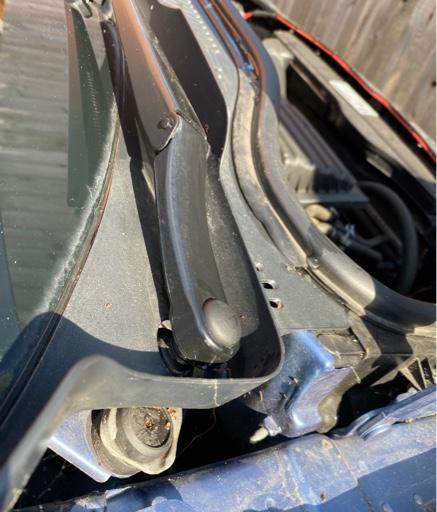 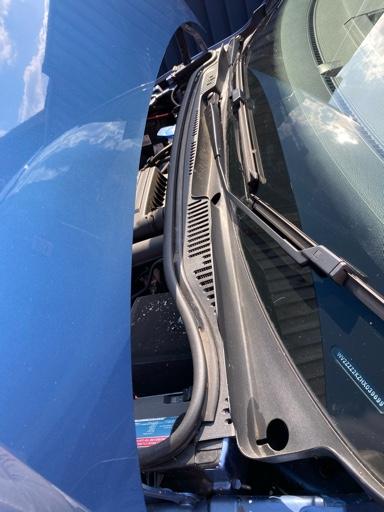 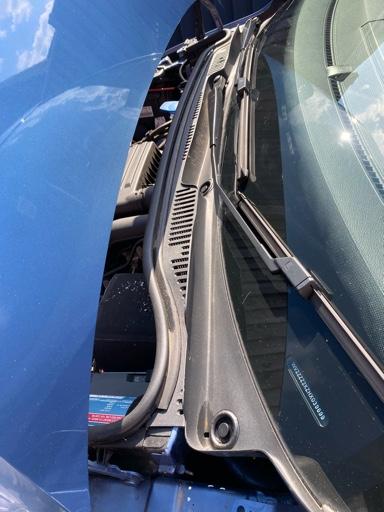 Excuse the filth, I’m pretty certain it hasn’t been cleaned this year. Even found a couple of fag butts in the scuttle panel....lovely.

New wheel is on and coded. Also changed the light switch to the silver version. 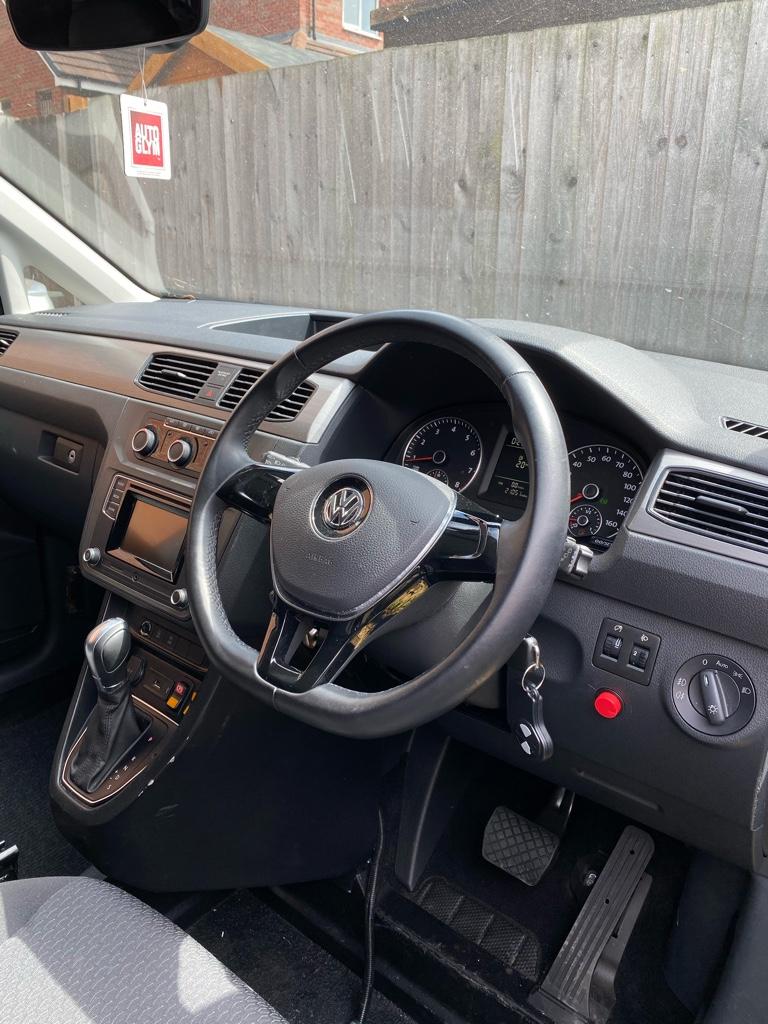 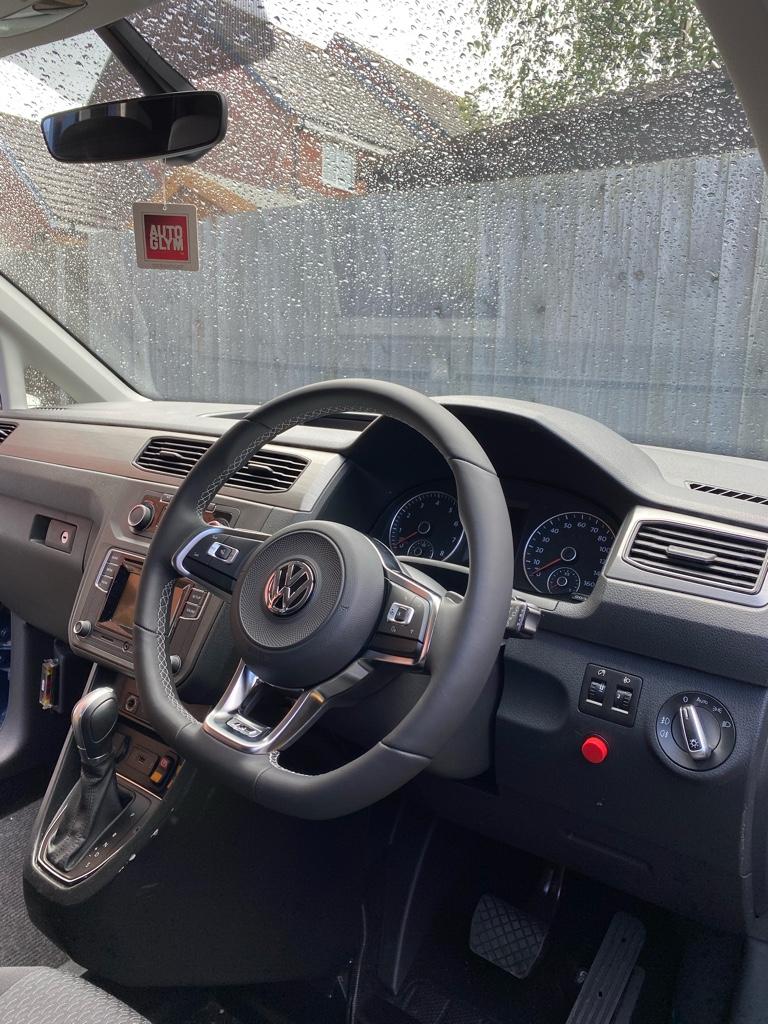 Ordered a couple of new dash panels to remove and blank out some of the mods done for the previous owners wheelchair (such as the red emergency call button seen above).

Also get my hand controls fitted on Monday so can finally drive it after almost 3 months of ownership!

Genuine question. I have never seen how these actually work. Do you have to get in to the drivers seat or you can use your wheelchair instead of drivers seat?
Instagram: @giddywagen
Caddy 4, Highline, 1.4 TSI, Build thread https://www.caddy2k.com/forum/viewtopic ... 13&t=37368
Top

[mention]Giddy [/mention]you and me both mate. I’d only ever seen them on YouTube before buying mine.

You’re spot on though, the drivers seat is on wheels and spin locks and can be removed.
This means when the ramp opens up, I wheel in with my chair and use it as the drivers seat.

There’s a pin lock mechanism (like on artics) between my wheelchair and the floor and a release button on the dash.

When I get in it I’ll try and get some more pics up.

I bet you are itching to get in and drive?
Nice looking WAV
Caddy Maxi Life 1.6TDI 7 speed DSG 102bhp
Black

Took my Q7 out for the last time earlier today after 4 years of ownership and it was to scatter my grans ashes, so a very solemn morning in all. 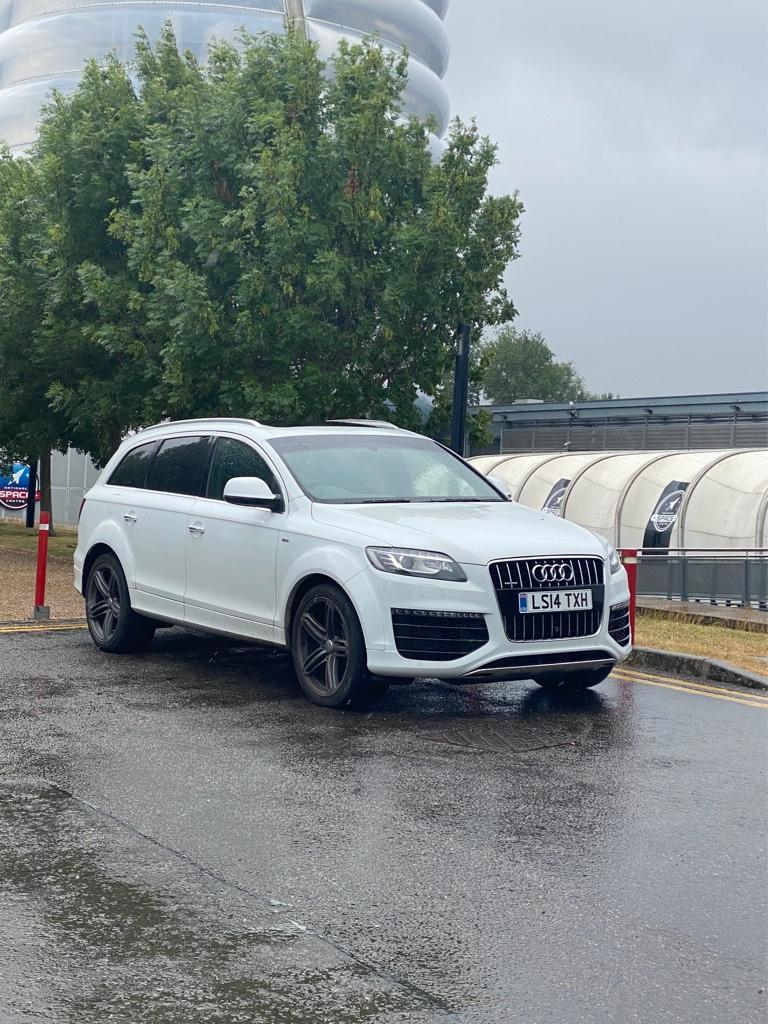 Going to be strange having it sat in the drive but not able to drive it. Not holding my breath that it’ll sell any time soon either in the current climate.

Just noticed your old steering wheel is a flat bottomed non MFSW, I’m sure someone was after one on here recently.
Caddy Maxi Life 1.6TDI 7 speed DSG 102bhp
Black

There is a ring which sits behind the steering wheel - that is my accelerator and activates by turning it with finger tips.
Then there is the Brake level which presses down on the Brake pedal. 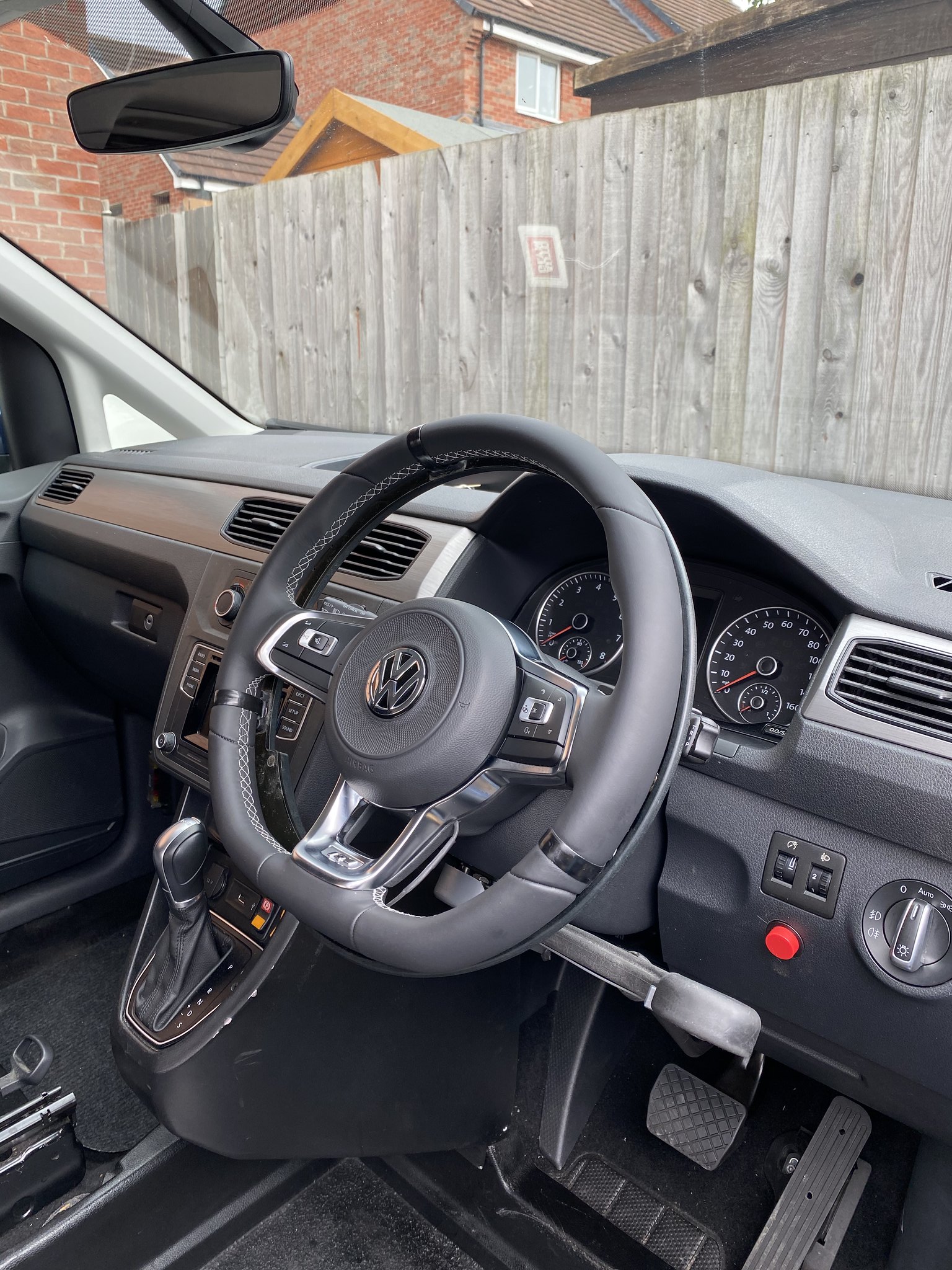 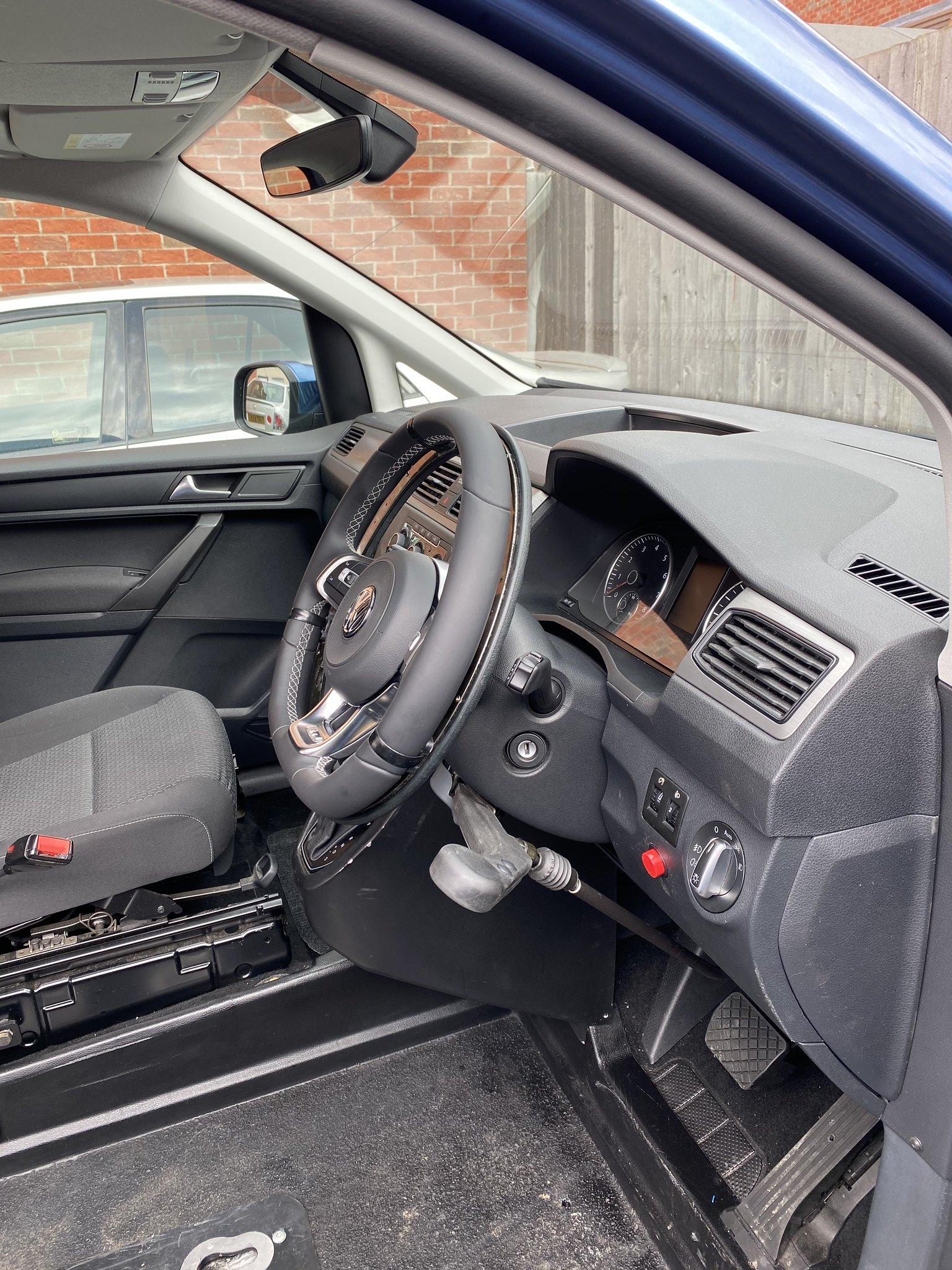 Also removed the wheelchair docking unit and cabling off the floor which means I can get it cleaned and tidied up and ready to be carpeted along with all the other trim panels lower down. 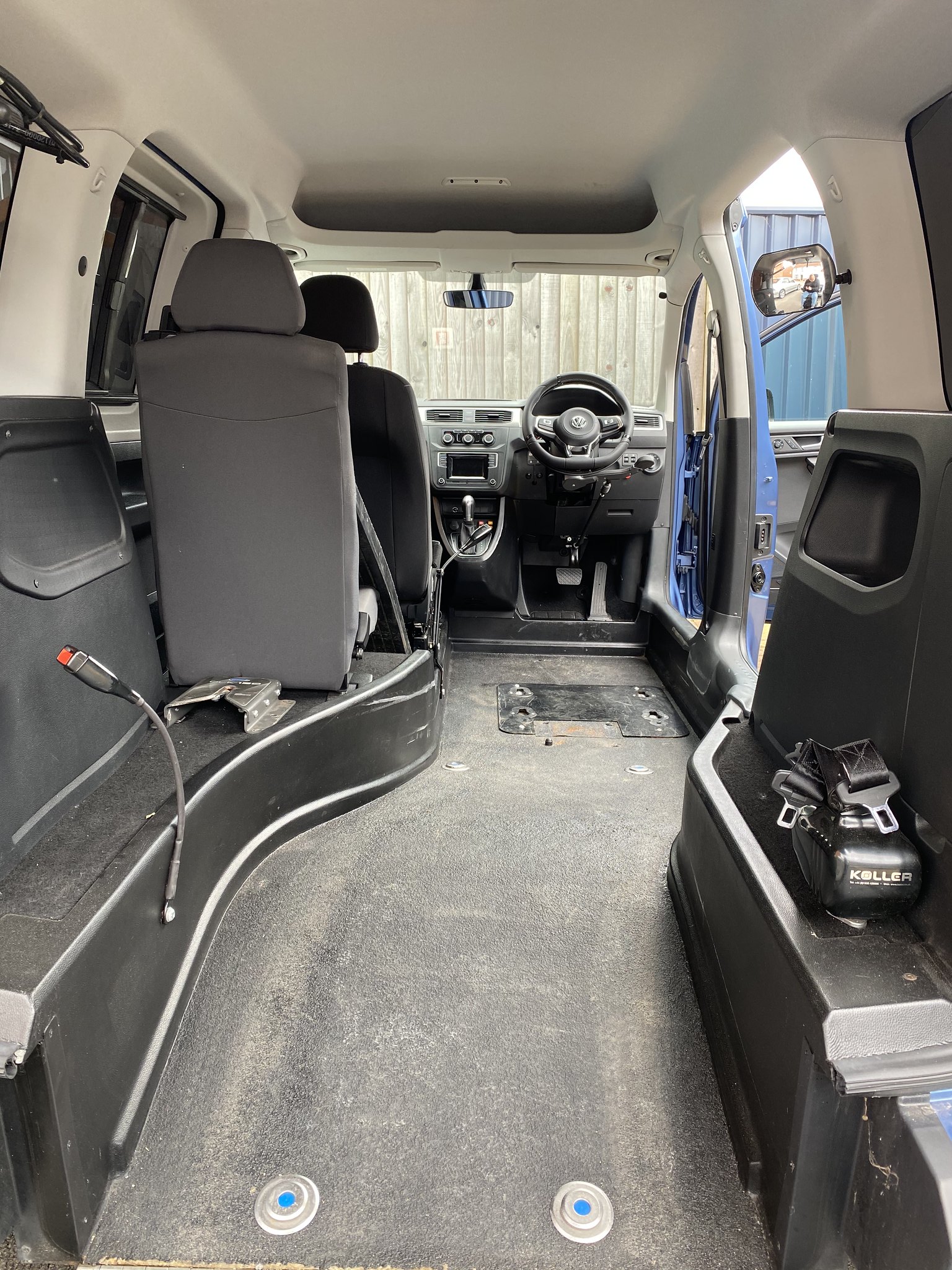 This is my removable drivers seat. 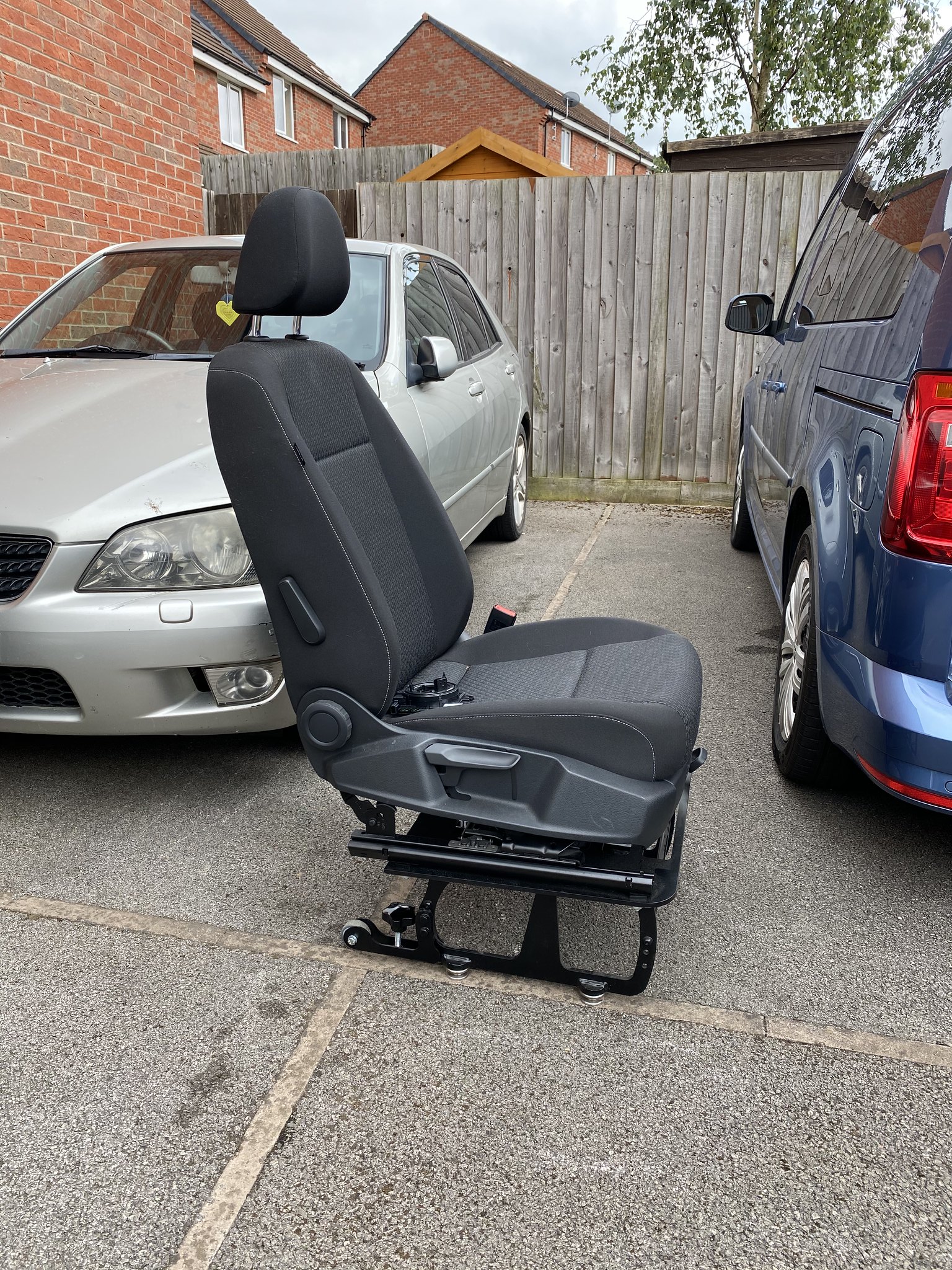 And a video showing the ramp/tailgate/air setup.