Well to begin with an introduction, without telling my life story.
Automotive engineer with a previous body shop and machine shop background through apprenticeship roots. Work for a VW OEM factory in the northwest of England, which should have its perks when needing to see part drawings for fitting group parts to caddy’s

Decided for a while now that my mondeo Estate that has been a trusty workhorse for about 5 years is time to go. Wanted a caddy years ago when I got the mondeo but due to spending all my money on a rather special car I couldn’t afford one, so settled for a £600 mondeo called mandy.

Unlike any build thread before I actually don’t own a caddy yet, been looking for a while for a 2012/15 and working out what’s best and finally decided to buy a salvage directly from Copart and fixerup. I’m not scared of any damage as repaired crashed cars in the past and sheet metal work is something I did for many years,
Aim is to get something with a front or rear hit with fairly low mileage and ideally elec windows and A/C to save me a ‘few hours’

Outline of the build that I know for sure:

Lots of other little mods I have ideas for thanks to everybody else’s threads I’ve been spying on for the last few months.

Colour: always been a fan of spectre, (bentley mulsanne speed colour from 2010) but as it’s a three stage pearl thinking maybe some kind of flat grey might be easier, cheaper etc. Who knows maybe even white to match the other car.


And so it begins without a car... purchased some Porsche 18Z calipers, which we’re in a rather goosed state, fully stripped and after a while of looking at my powder coating swatches (I have a lot to do with a powder coater) I decided on... acid green. Chrome gold or something was tempting but the green/ yellow works can always change at a further point. 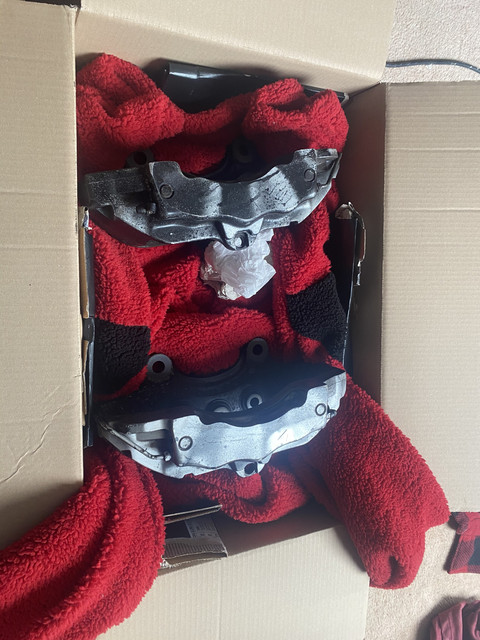 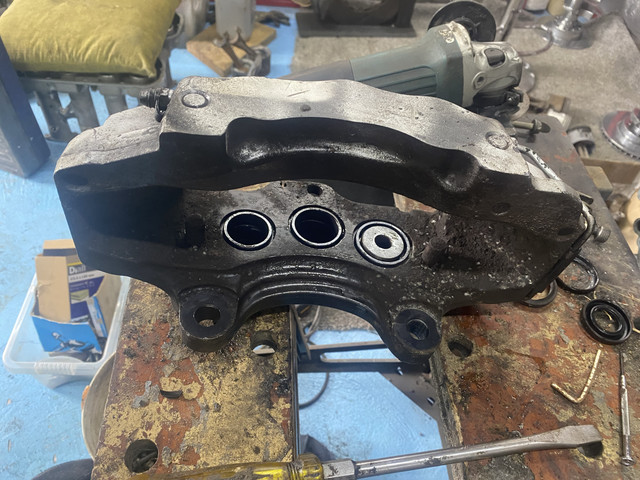 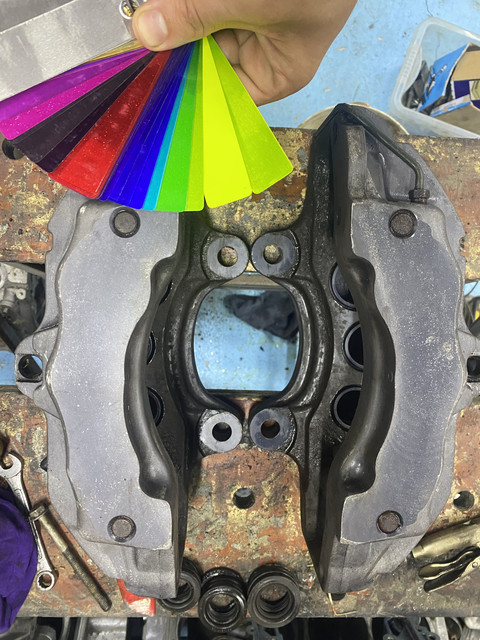 Off for shotblasting tomorrow and waiting for my powder coat to come from America.
Is it acceptable to stick Lamborghini stickers on brembo/VW/Audi/Porsche brakes?

So if anybody has any nice parts for sale at the right price I am interested. Specially a good condition edition 30 seat set that isn’t top money, seem to keep missing the cheap ones

Ha.
Nice intro.
This could be a long build though

Hi mate. Welcome to the forum. Sounds like you’ve got a good few ideas to keep you busy. Looking forward to seeing your van when you get it. 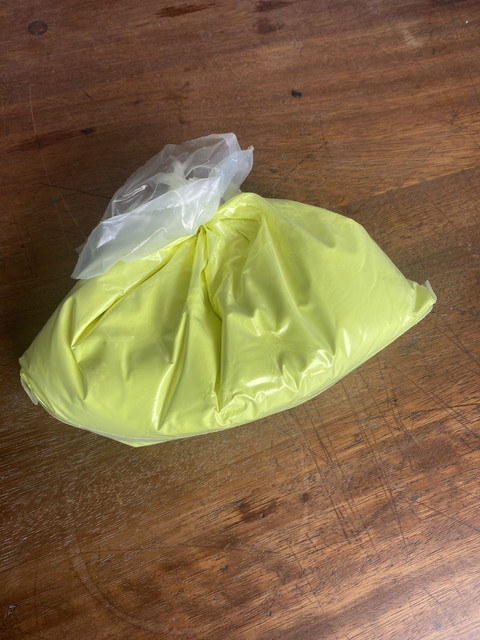 Seems like this wil be a good build. Let's hope you get Caddy soon.
Top

Brakes are rebuilt and back together and still looking for a half decent van to start with.
One thing I can decide on is to get a smashed white one or a grey one. Standard grey is a nice colour but the delta in price of 3k would be a nice repaint after new wings, bonnet and smoothing. 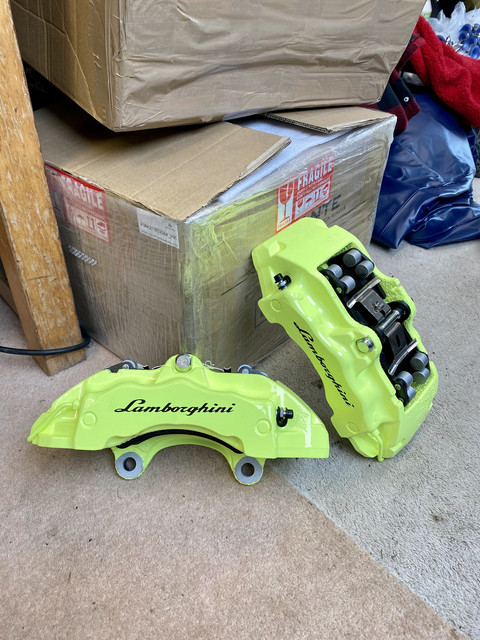 Got a long shopping list of parts still aha.
Top

Those calipers are lovely mate

Will be following this build, looks like it’s going to be a good one.