Wanted a Caddy for years but couldn't always justify the price and having a Scirocco R as a daily was swallowing most of my money!

Not wanting to put a roof rack on the Scirocco, I looked at Caddy's but all seemed a little expensive. Came across a cheap-ish Touran that I thought would be as good as a Caddy (I was wrong lol!).
Was a bit too much of a family wagon despite the space with the rear seats all out.

Was originally a Stannah Stairlift engineers van and then owned by a valeter so relatively clean and looked after.

However... The water tank from the valeter seemed to have been emptied into the rear footwell when removed!! Once I removed the bulkhead, all was revealed.

Have a few plans to make it a bit less poverty/base van spec and more of a daily over the winter whilst I'm working on the other two cars over the winter.

Starting with some sound deadening, carpet/ply rear and Touran rear seats.
I have a set of cruise control stalks from a mk6 in the garage that may fit with the right steering wheel control module. Need to check with VCDS first though.

Doesn't have an MFD currently as there's not buttons on the stalk but does anyone know if it can be enabled with VCDS and a stalk with switches on? Or is a new cluster needed? 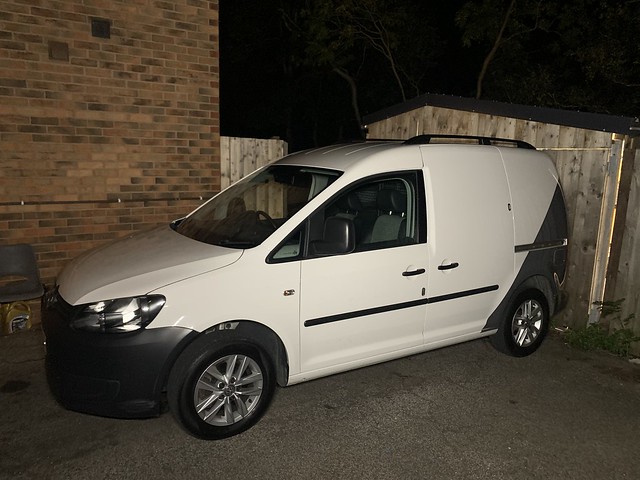 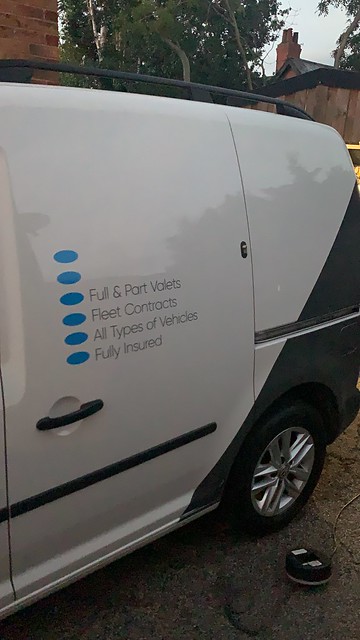 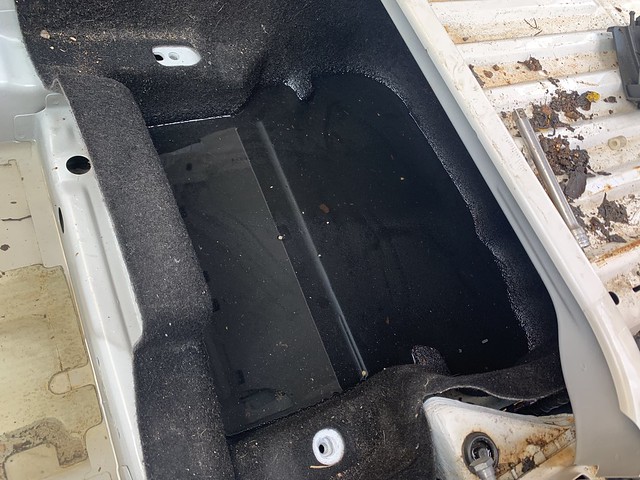 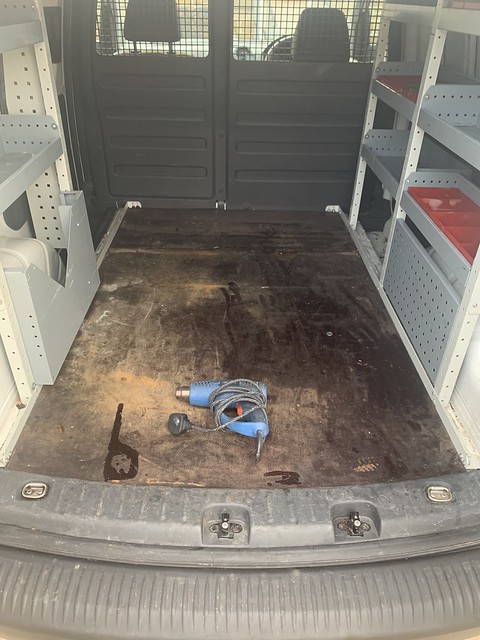 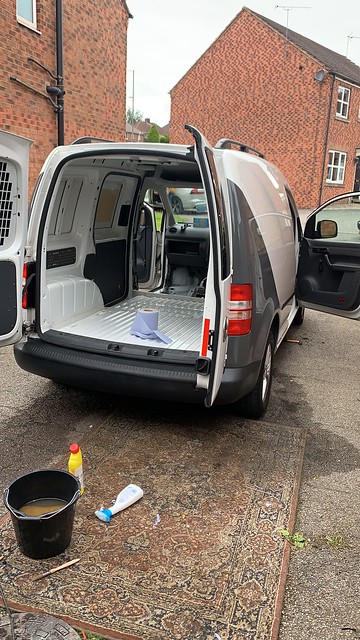 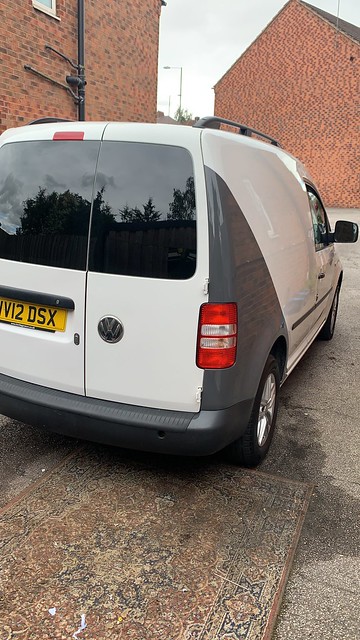 My cluster wasn’t mfd but is now I’ve changed the stalks and coded them
Depends on the cluster though.
Caddy Maxi Life 1.6TDI 7 speed DSG 102bhp
Black

Cool!
From experience with other VWs, I thought that might be the case!

Will plug it into VCDS later and check the long coding. Presume it's an option in there or adaptations.
Top

Tbh, my memory is shot but believe I had to tick 2 boxes to get it working

By the way, nice van to mod!
Poverty spec means you can have a longer list

There could well be!

Just dug my mk6 stalks out of stock. They're cruise as I thought but no MFD switches so would need an MFD.

True! It does mean a longer list and more to do but least I'll be able to make it my own in the process

It's a good solid base to start with too!
Top

Yeah, I've had previous ones in the past that have and others that haven't. All depends on hardware revision.

I've coded it in so will see when I take it for a drive. No light on dash yet though when it's switched to "On".
Top

Managed to get hold of the Touran rear setup today. Minus the carpet and seatbelts. Seats need a good clean too!

Took out the telematics and the horrible bluetooth adapter. 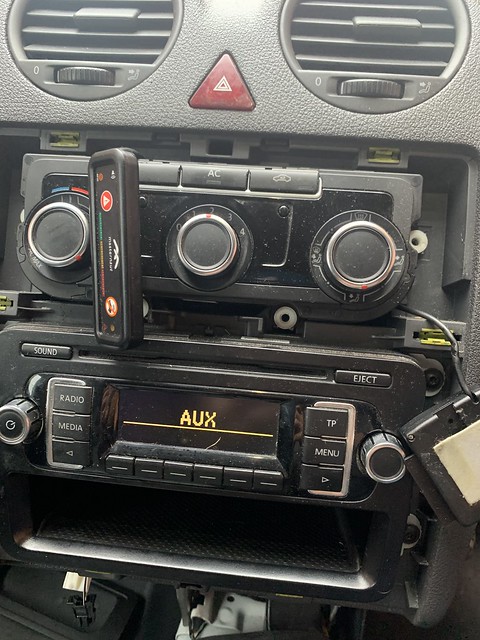 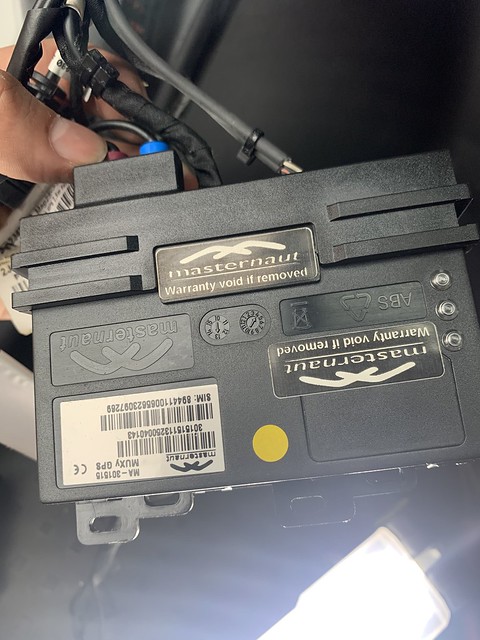 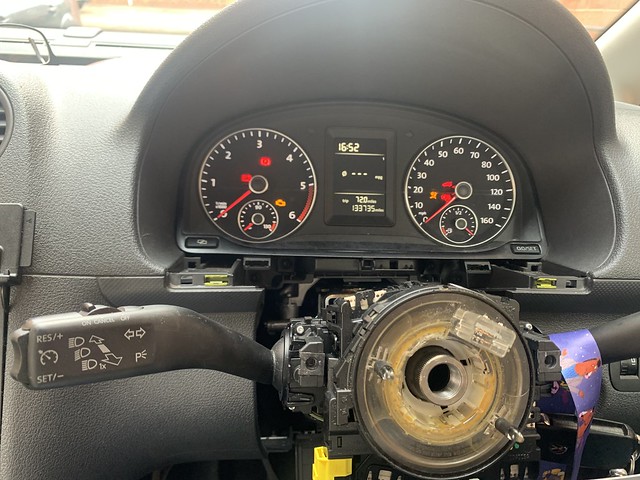 Passenger side underlay refitted now it's been drying in the house for 5 days... and Mk5 GTI seats in! 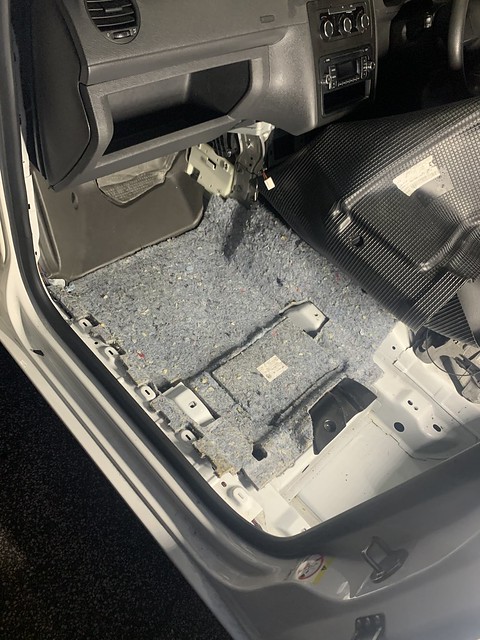 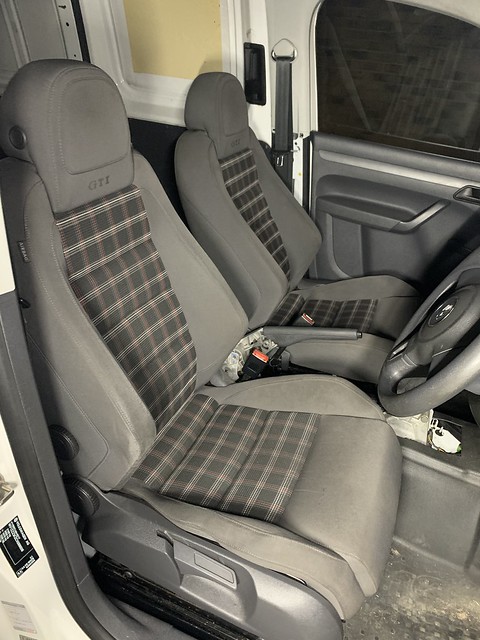 Managed to source some more Touran rear seats (cleaner than the first set) and both rear carpet sections, seatbelts and more plastics.
Weekend job will be fitting all that!
Top

Managed to get the front part welded in. Just need some fixings for the rear piece (will get some tomorrow hopefully) too and then chuck a few welds on that too.

I'm still patiently waiting full access to the forum so only seen pictures of it completed but it's a nice straightforward job.
The hardest part was drilling the spot weldsand separating the two Touran pieces as the breakers had just cut the floor of the Touran around the base bracket with a grinder.

Also, started colour coding with the rear door handle cover thingy! That's currently drying with it's clear coat on in the garage. 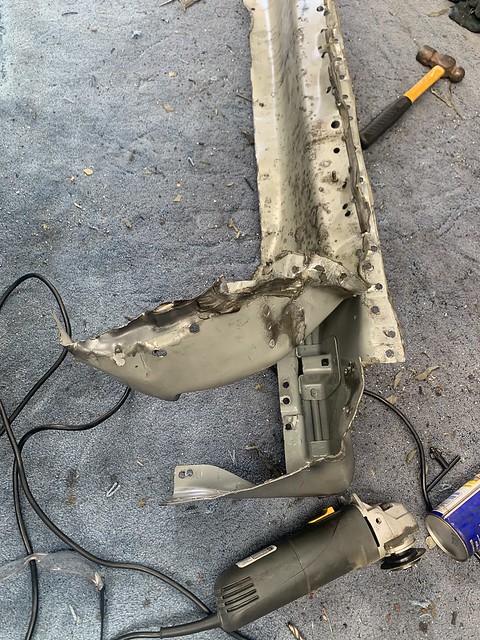 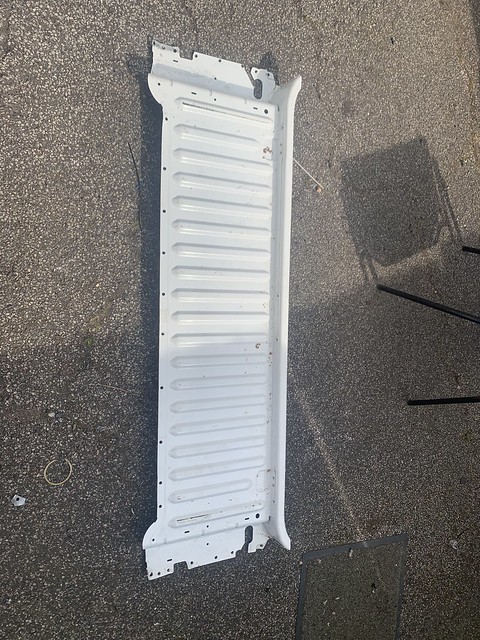 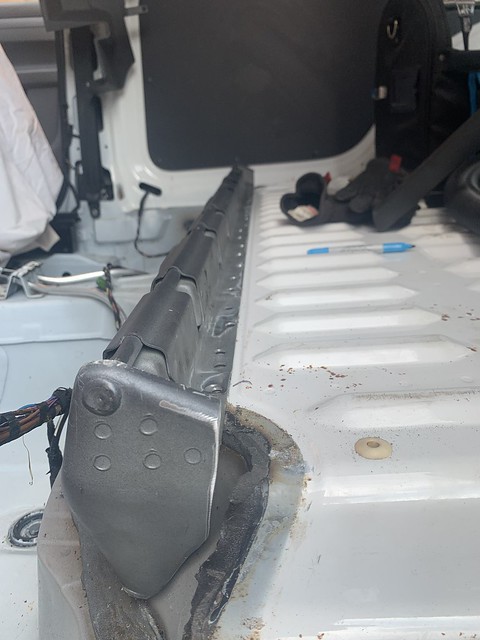 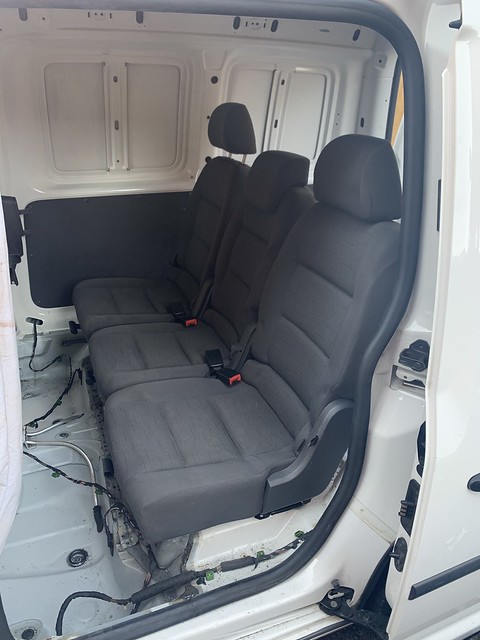 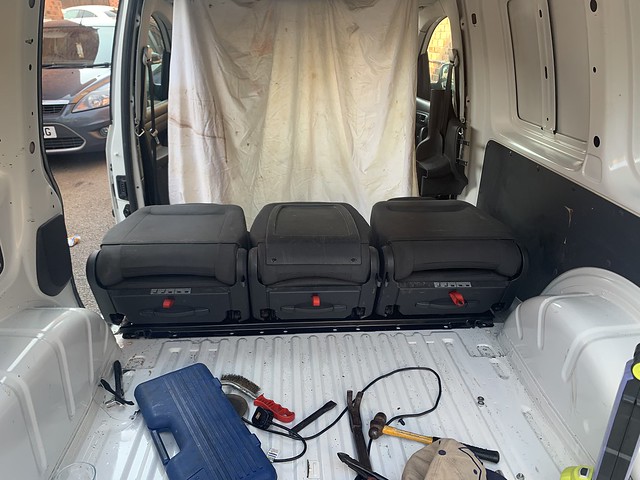 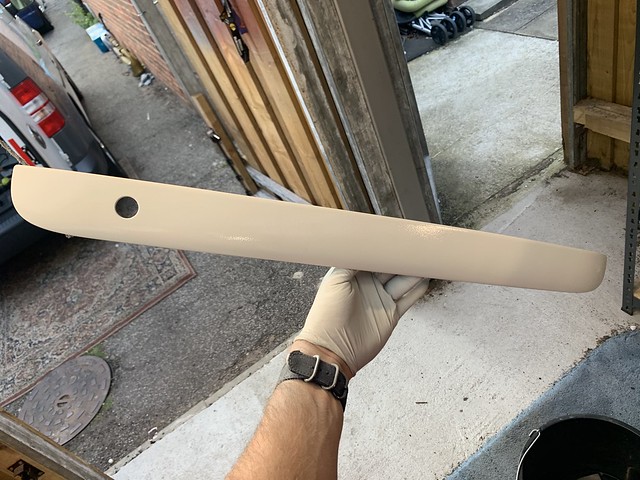 Thanks dude!
Progress had slowed due to work and other commitments.

But managed to get the rear grab handle thingy lacquered and fitted. Touran rear plastics trimmed and fitted with the Caddy step and the carpet in temporarily until I ply/carpet the rest.

Seatbelts next! Had some bolts in stock but waiting on some spreader plates to finish it off. Managed to not have the belts twisted and fit relatively OEM like.

Will post up more details in the how-to thread once it's all done. 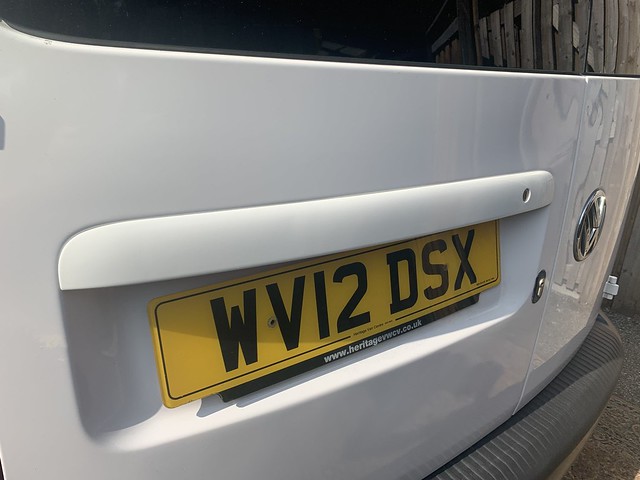 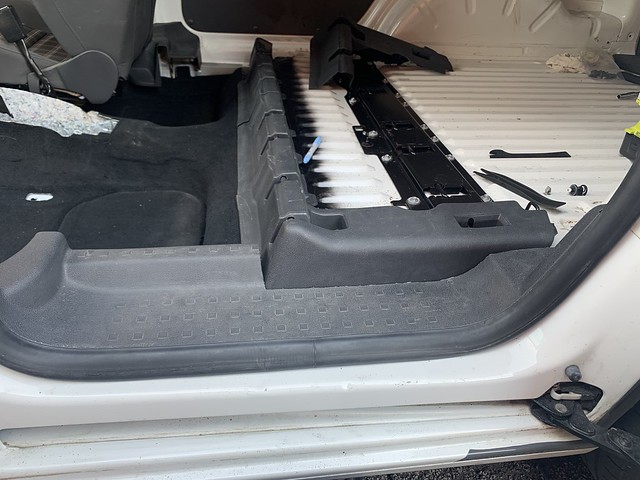 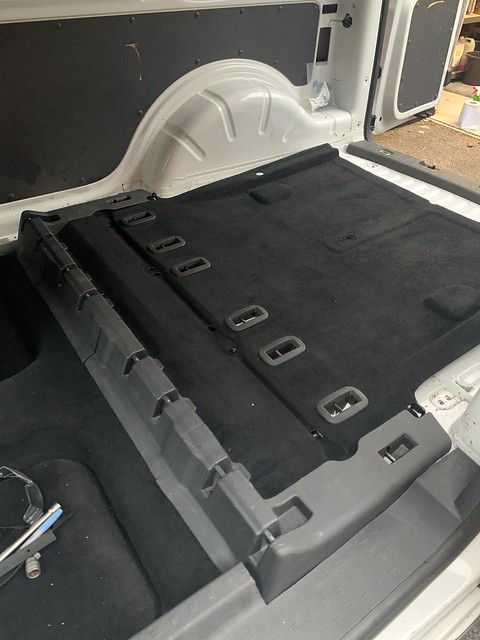 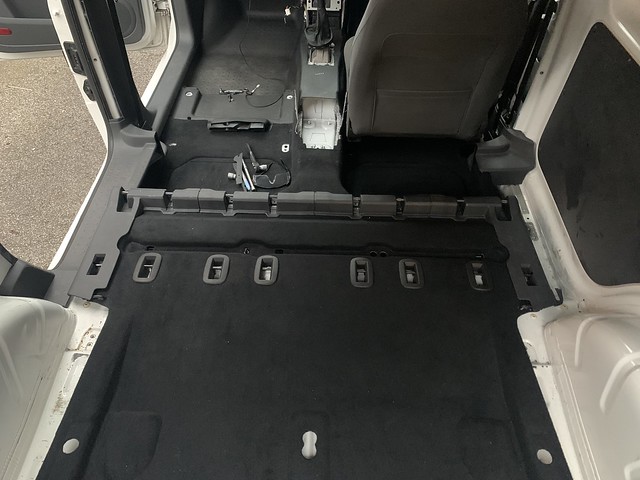 Think next on the list is the rest of the rear... Sound deadening and ply and carpet!

Then can move onto lowering and the outside

Already have some 18" BBS wheels to go on