Are you taking bookings on Caddy clean ups? Asking for a friend.... Cracker work, super turn around on the bits so far
Top

Made some more progress over the weekend. My roof cross bars, 115W solar panel and MMPT charge controller arrived along with the leisure battery and VSR.

First up trial fitting the panel on the roof with the cross bars. 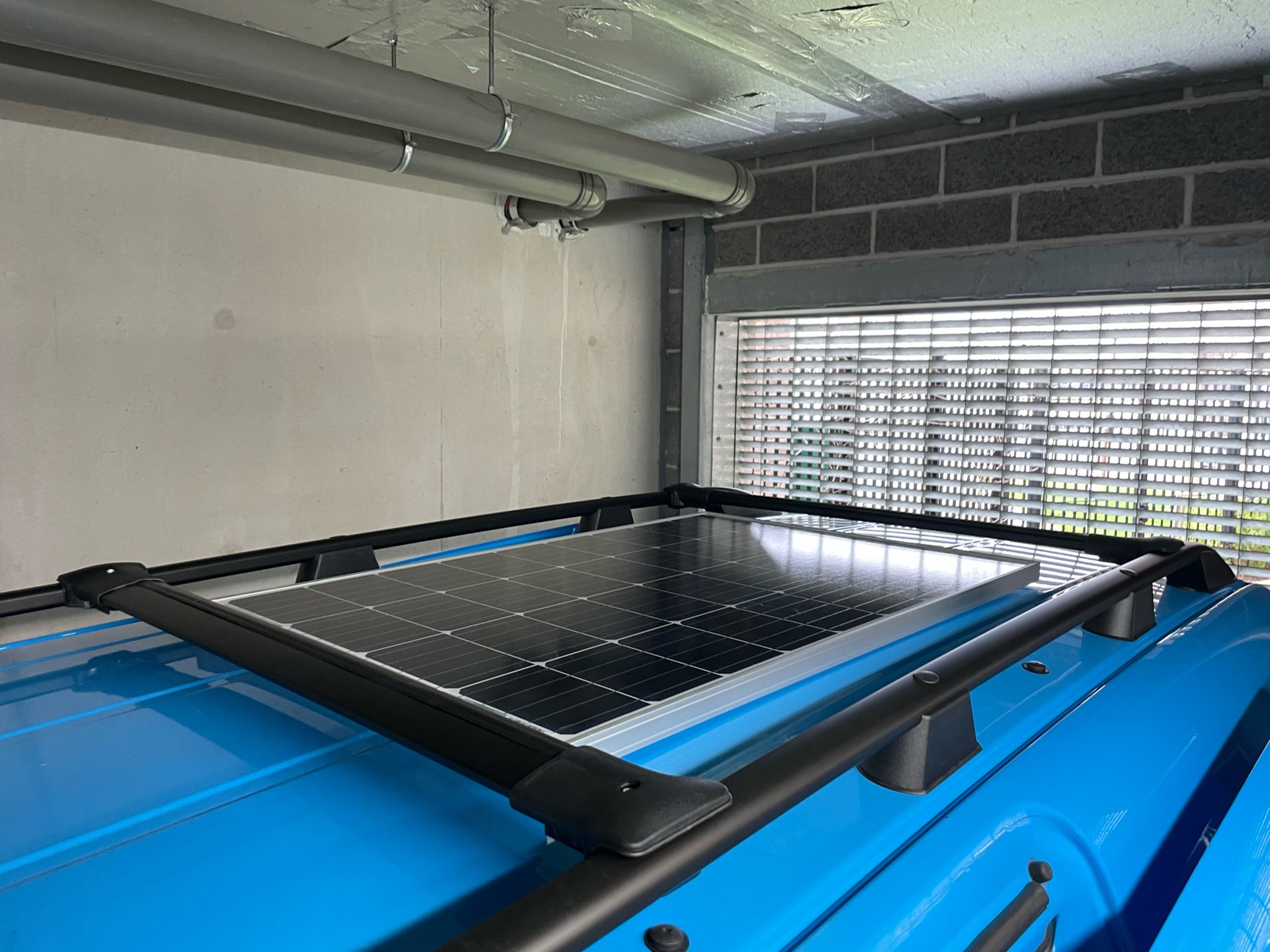 My plan is hopefully to route the two panel cables through the existing BG aerial holes in the roof rather than drilling more holes (the third hole is blanked off and luckily covered by the rear most roof rail foot), just waiting on some M12 cable glands to arrive before I can see if it will work. 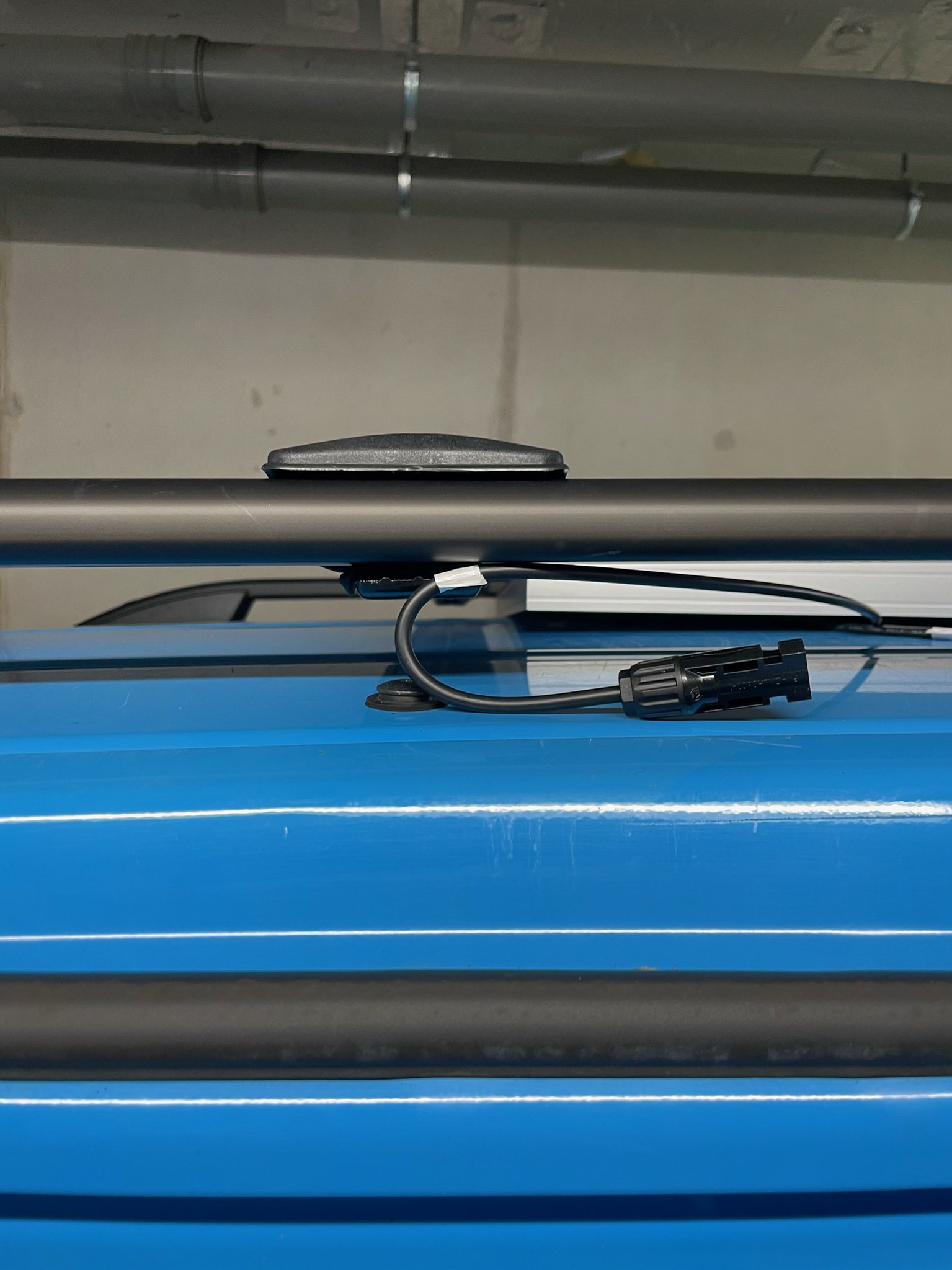 Drilling 9mm clearance holes in the cross bars (4 on each). 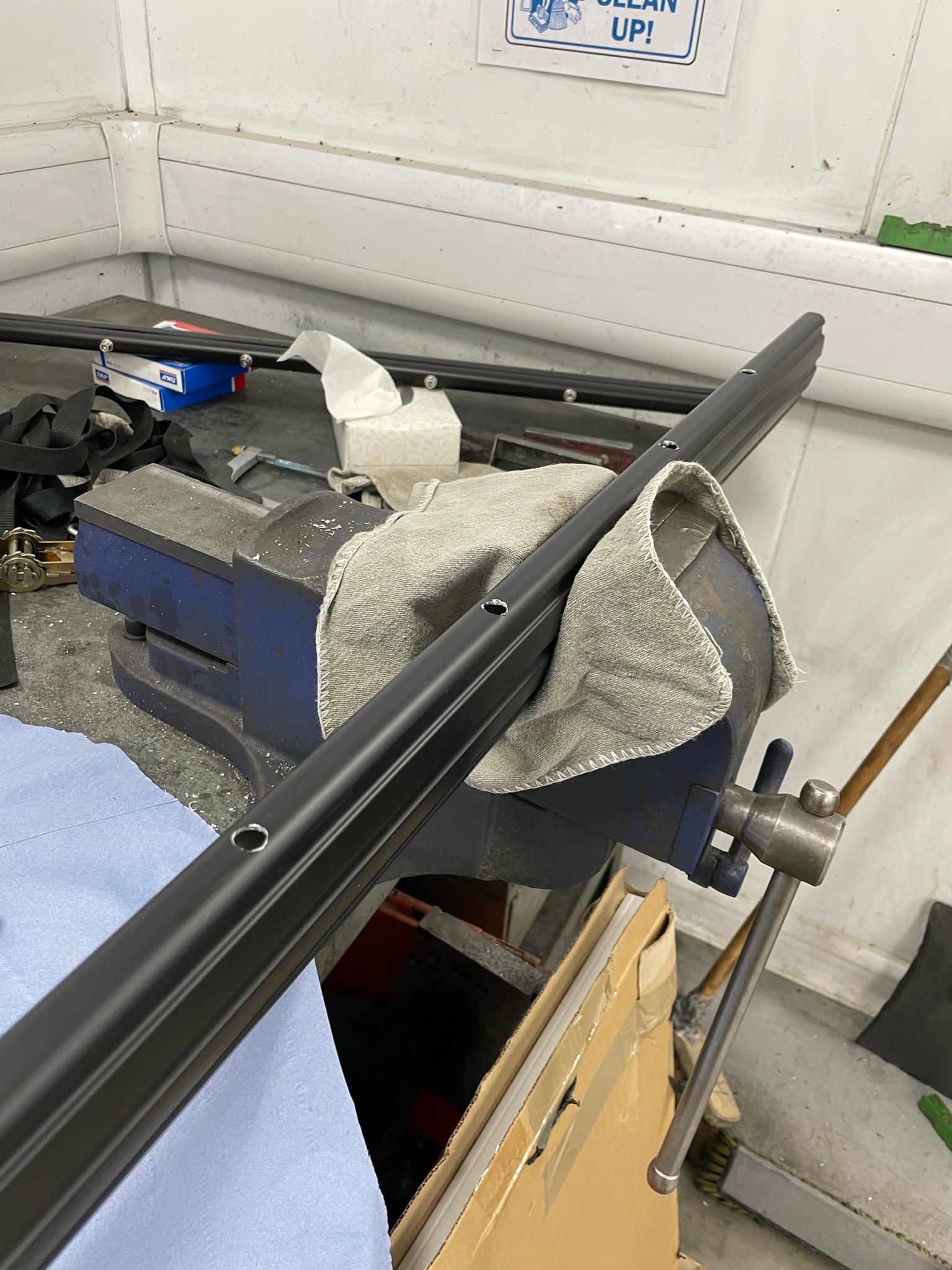 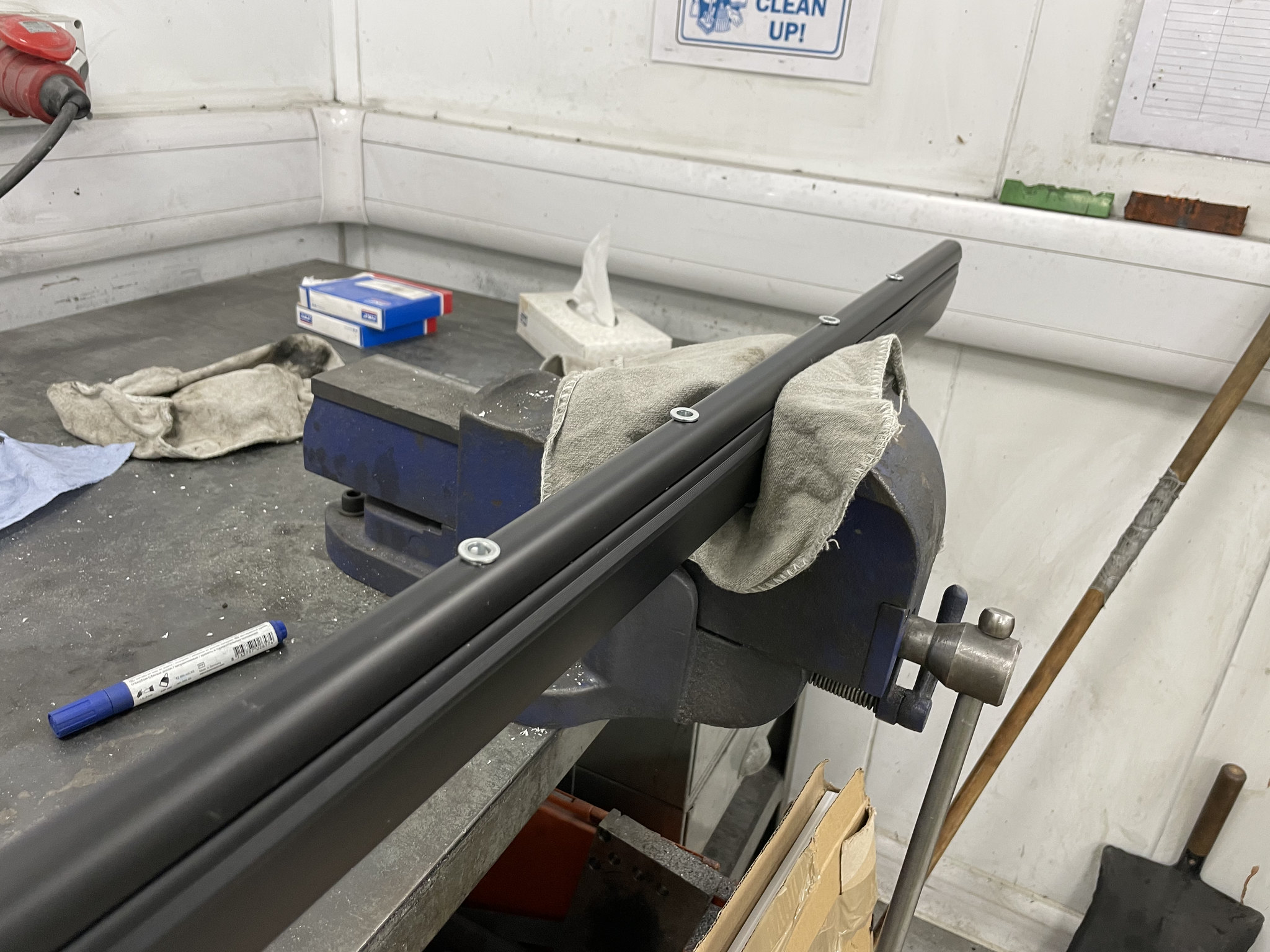 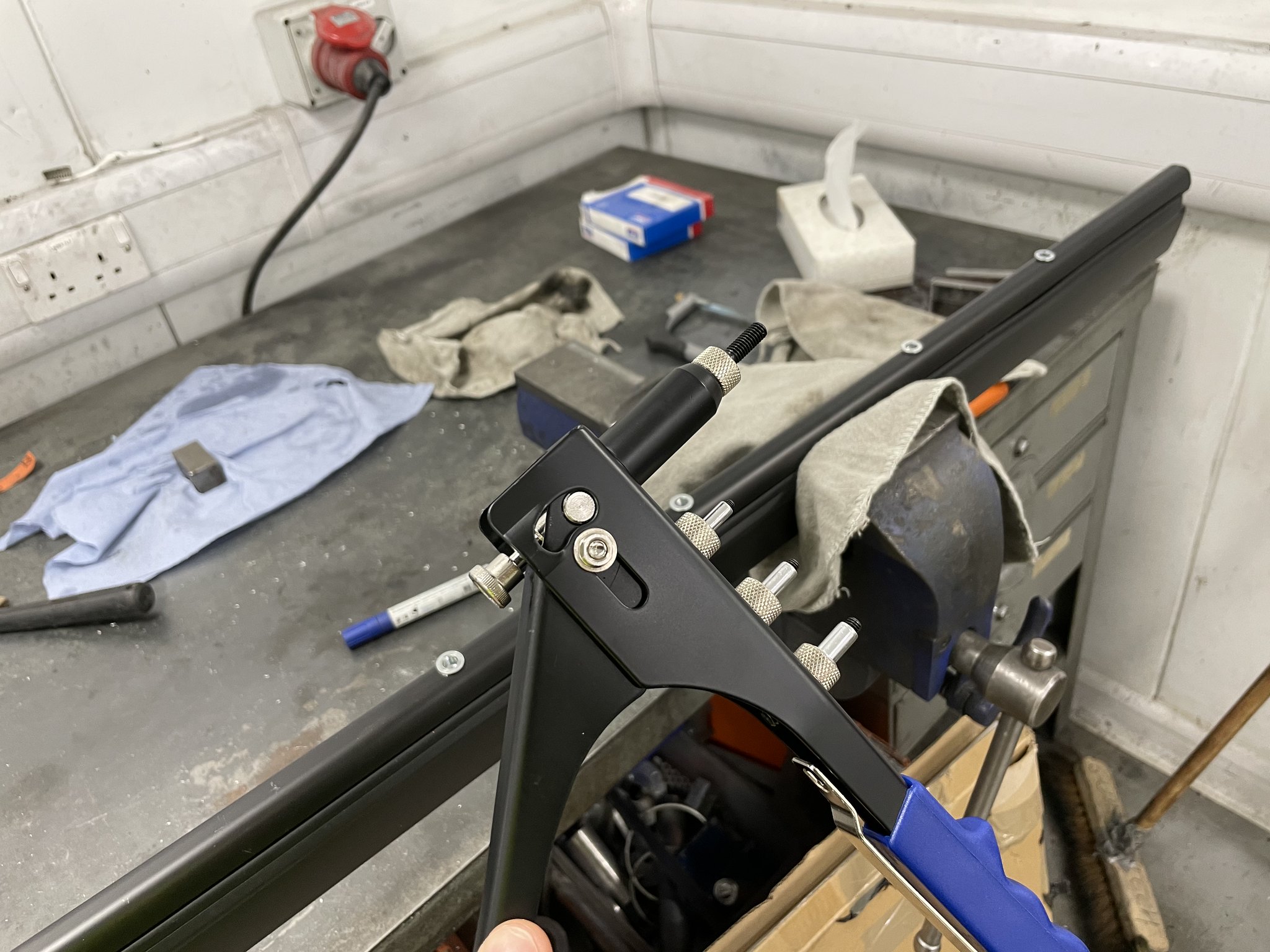 Matching holes drilled on the panel frame and then bolted on. 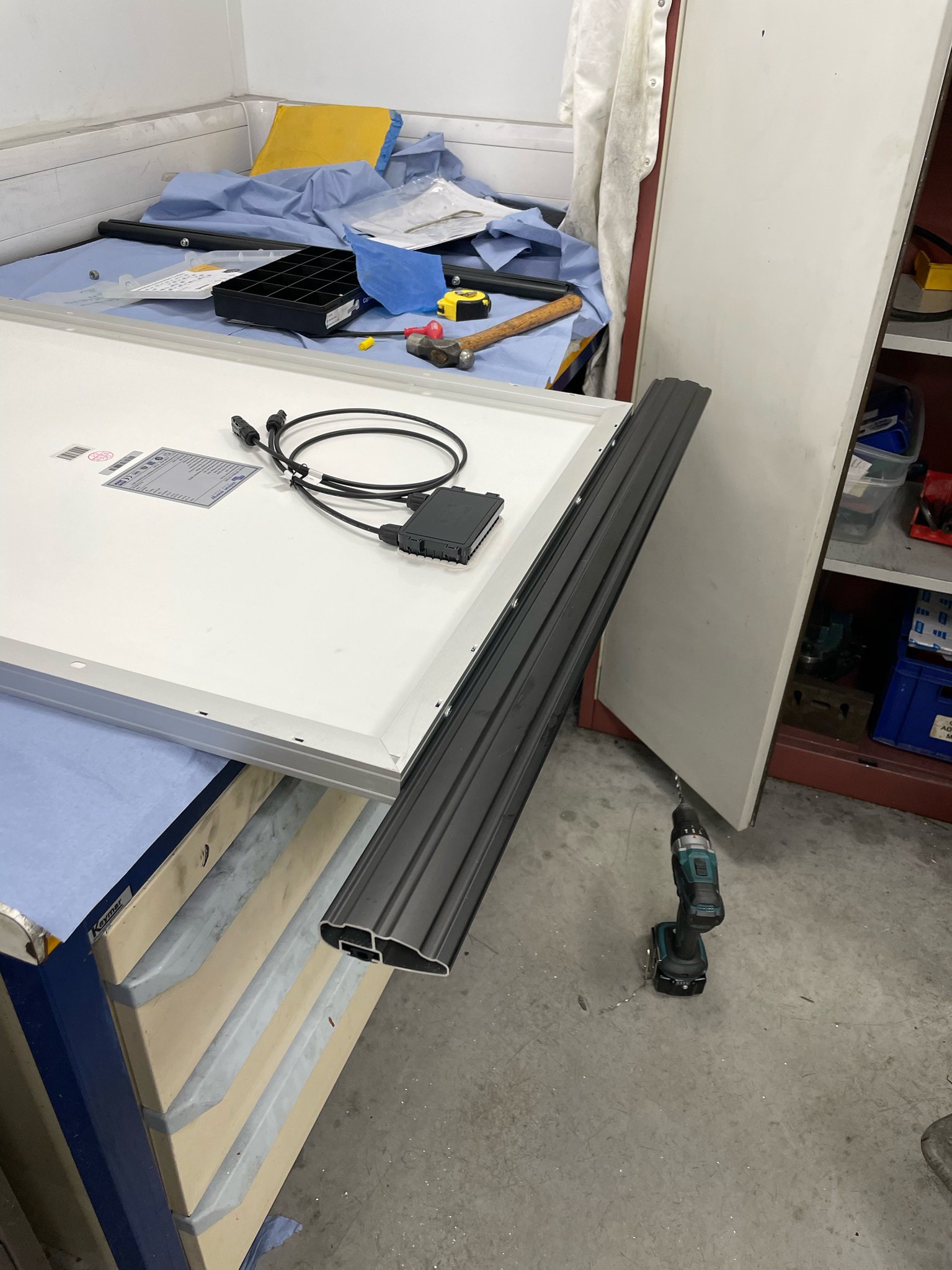 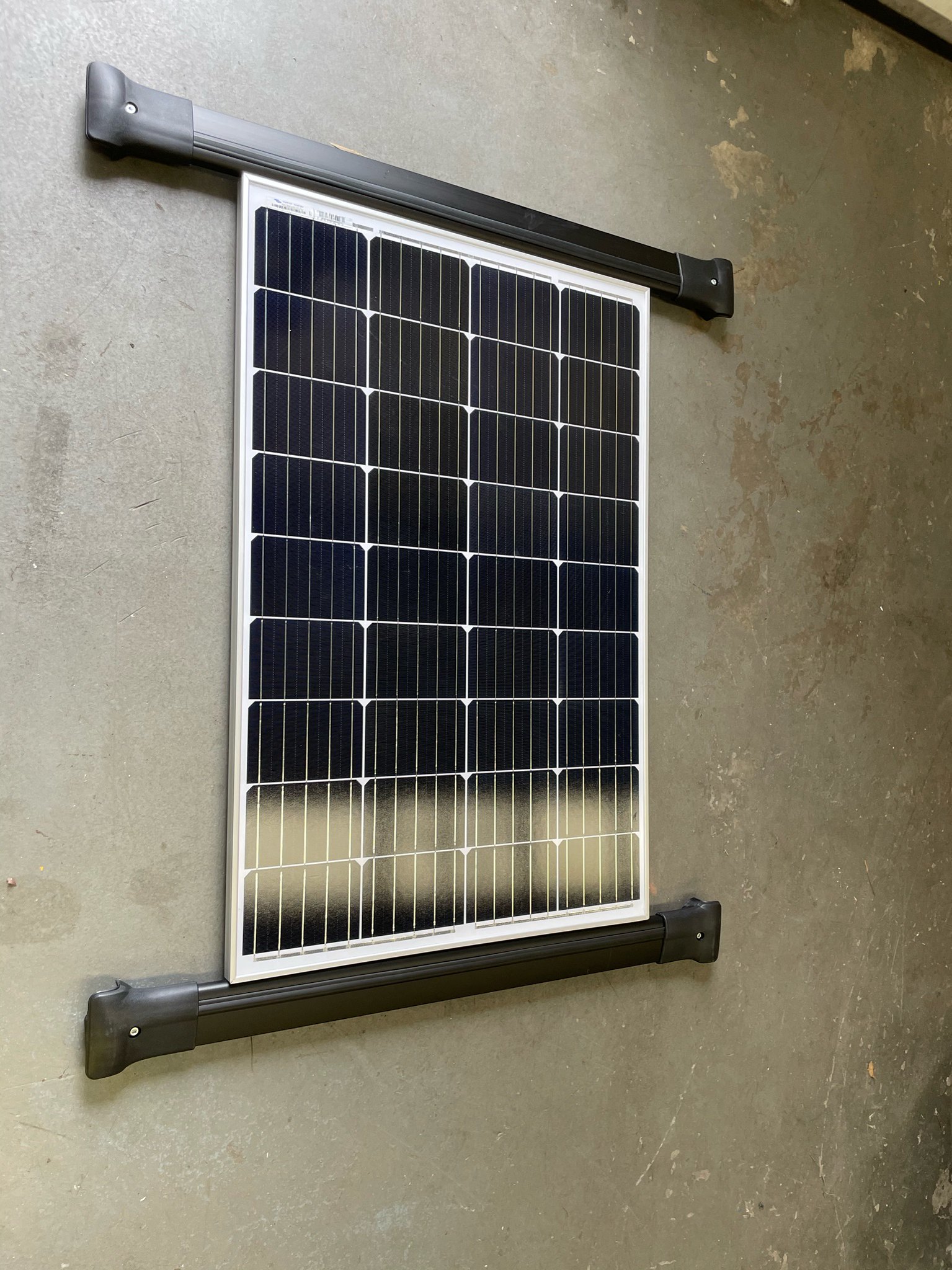 Hoping this will be a fairly discreet way to mount the panel and less messy than using glue to bond to the roof and/or drilling holes. It should also give great airflow around the panel. I did consider stick on panels at first as they’re so slim but they’re much more expensive and seemingly prone to failure.

Next up the leisure battery and VSR install. First thing was to route the 12v supply cable from the engine bay to the rear passenger footwell. This was a proper pain to do working on my own, especially as the BG fuse box feed wiring takes up most of the space in the channel passing through the firewall. Removing this would have made it easier but I think the extra fused ignition terminals might come in handy in future so decided to keep it for now (with all the fuses and wiring removed). 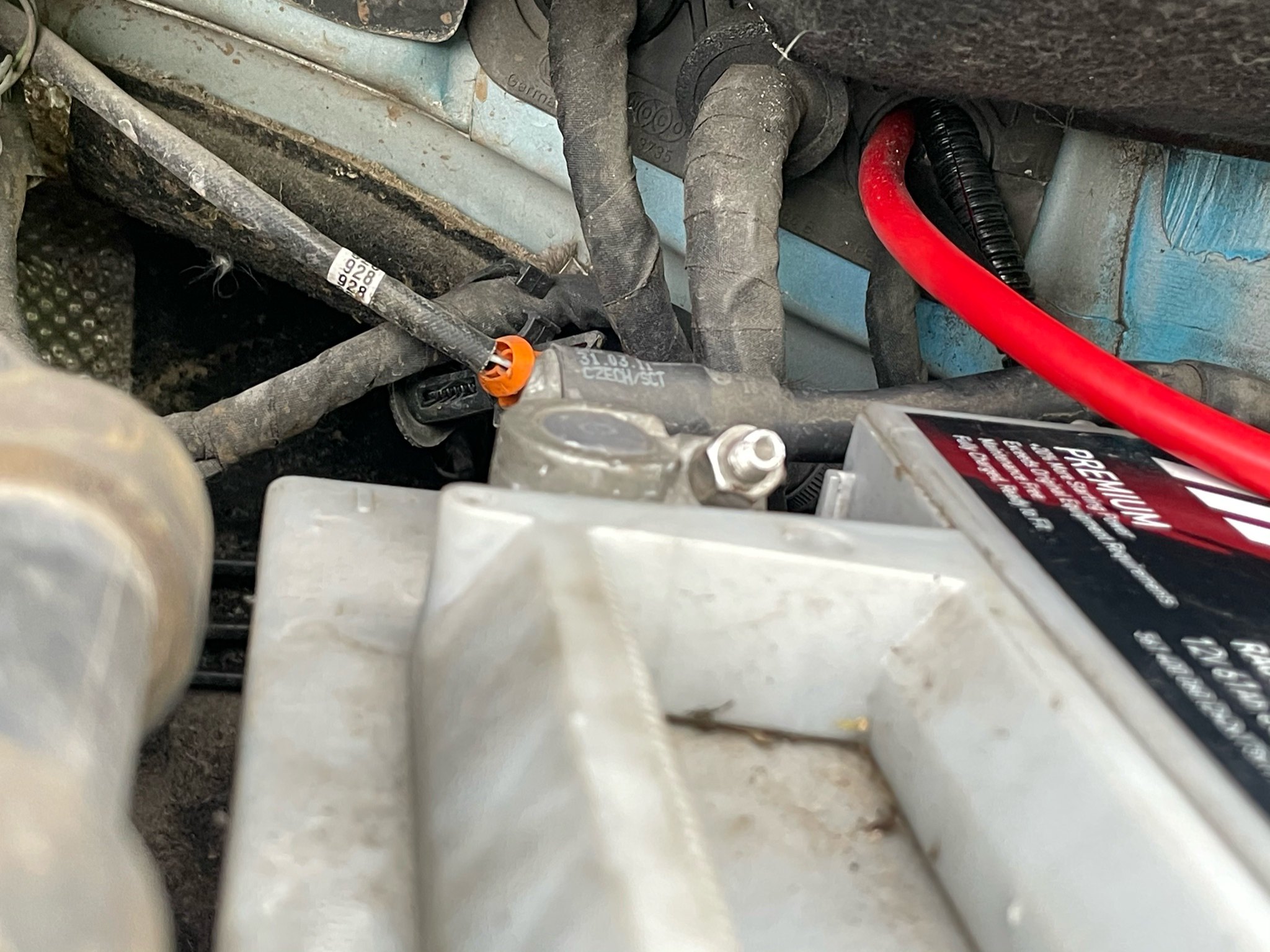 Ended up routing the cable through both ends, taping together and then pulling through back into the engine bay. In hindsight removing the scuttle panel or just having an extra pair of hands from a friend handy would probably have made this easier! 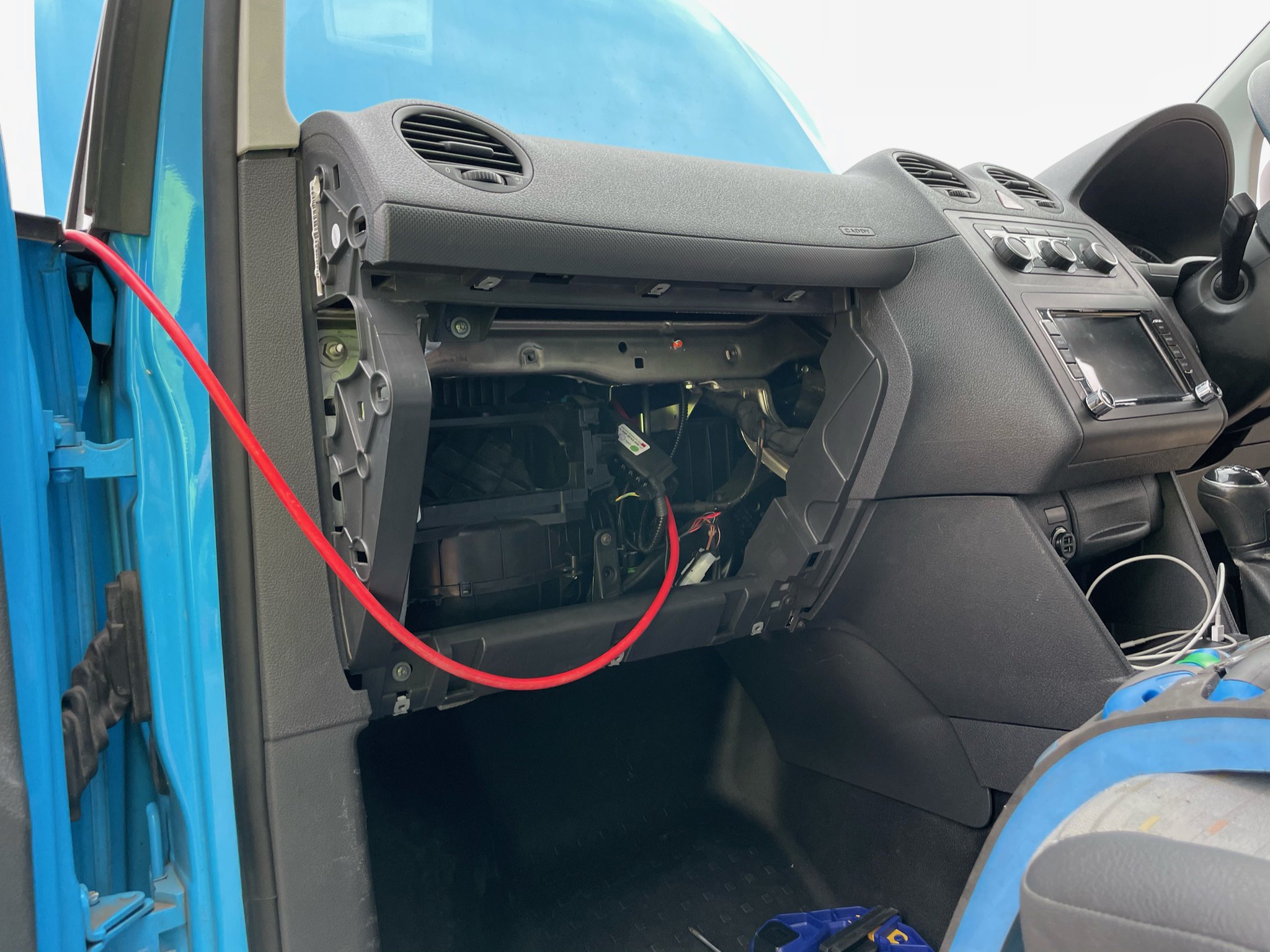 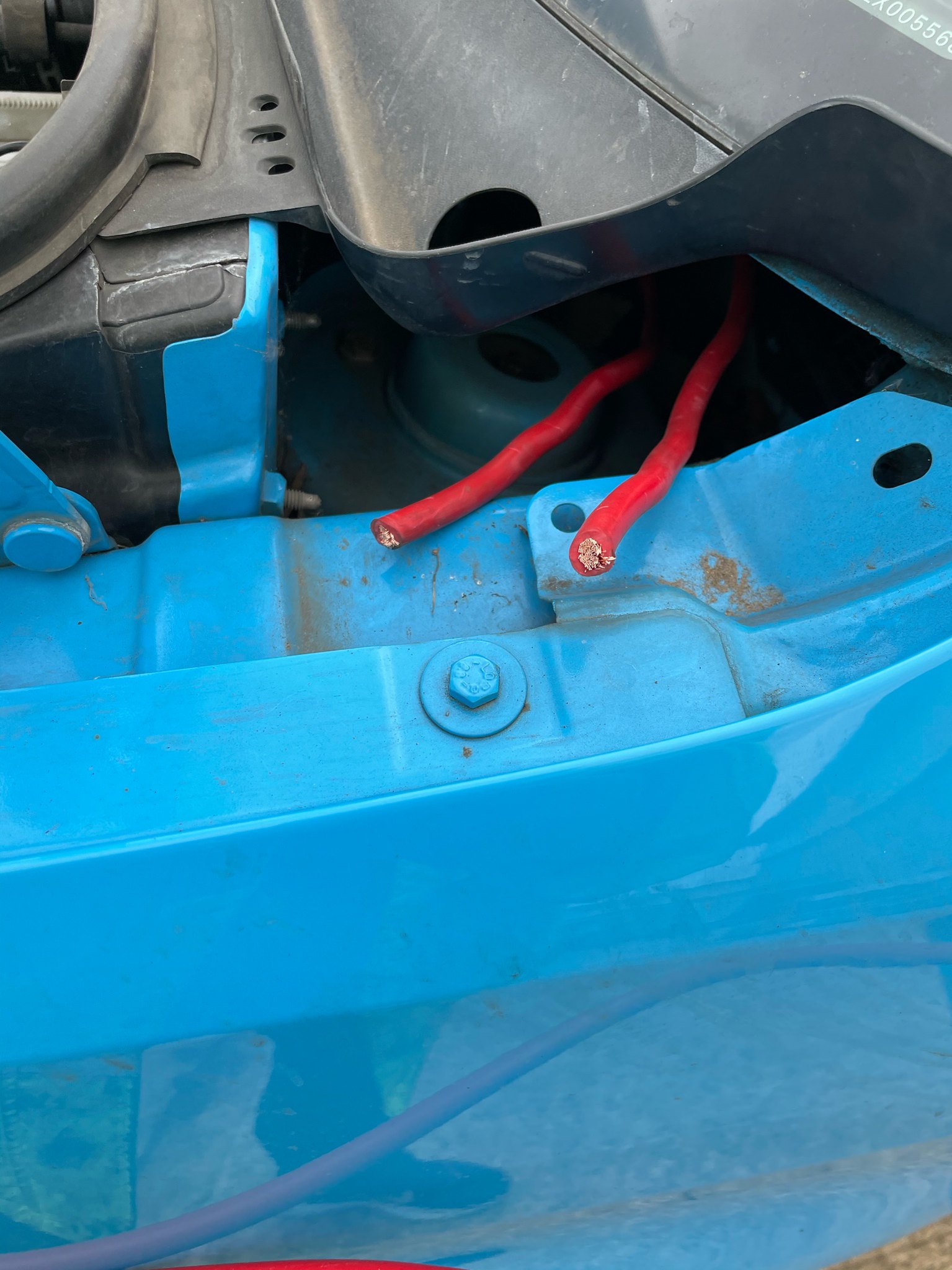 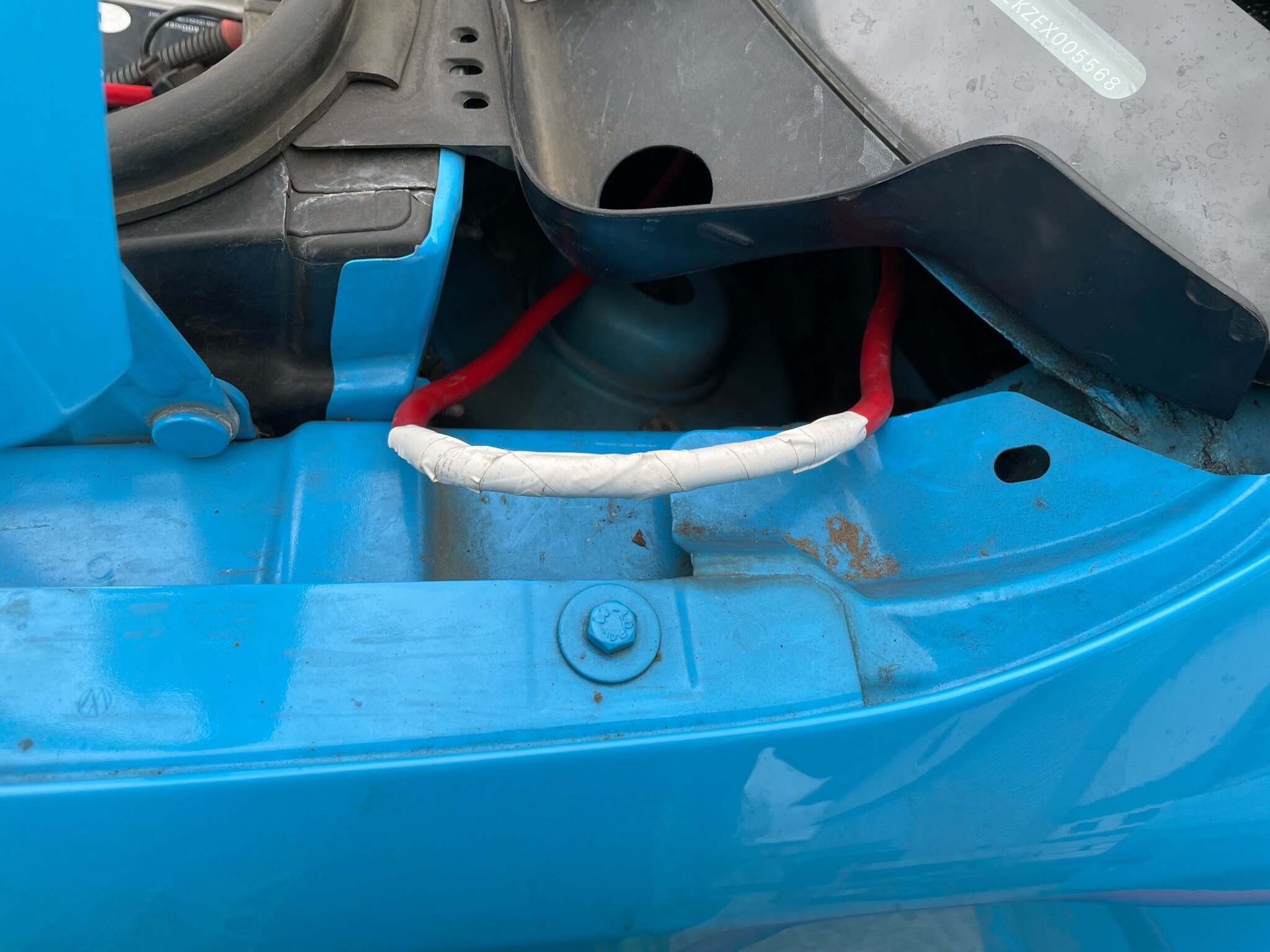 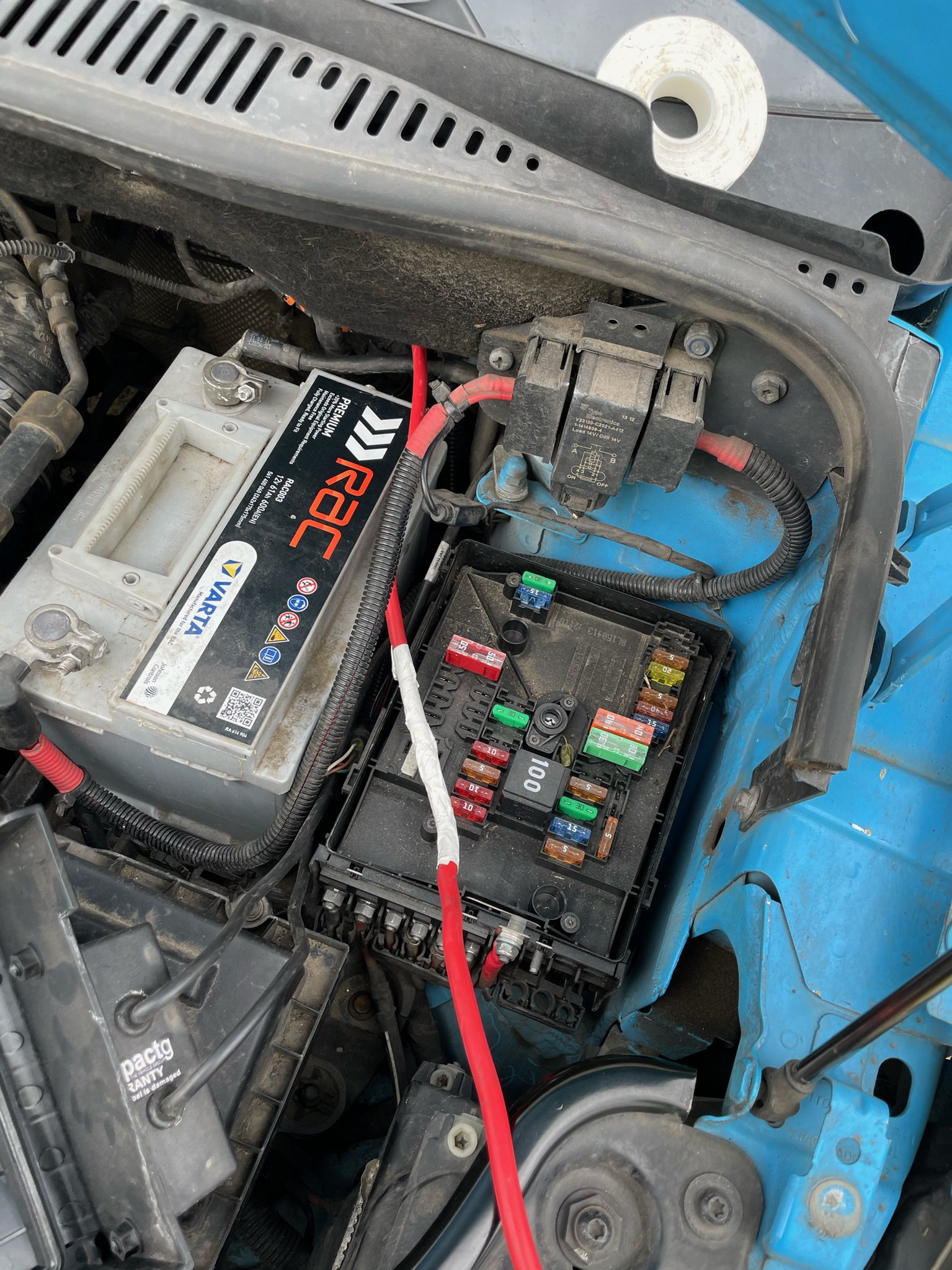 Fused and wired up to the spare connection in the fuse box. 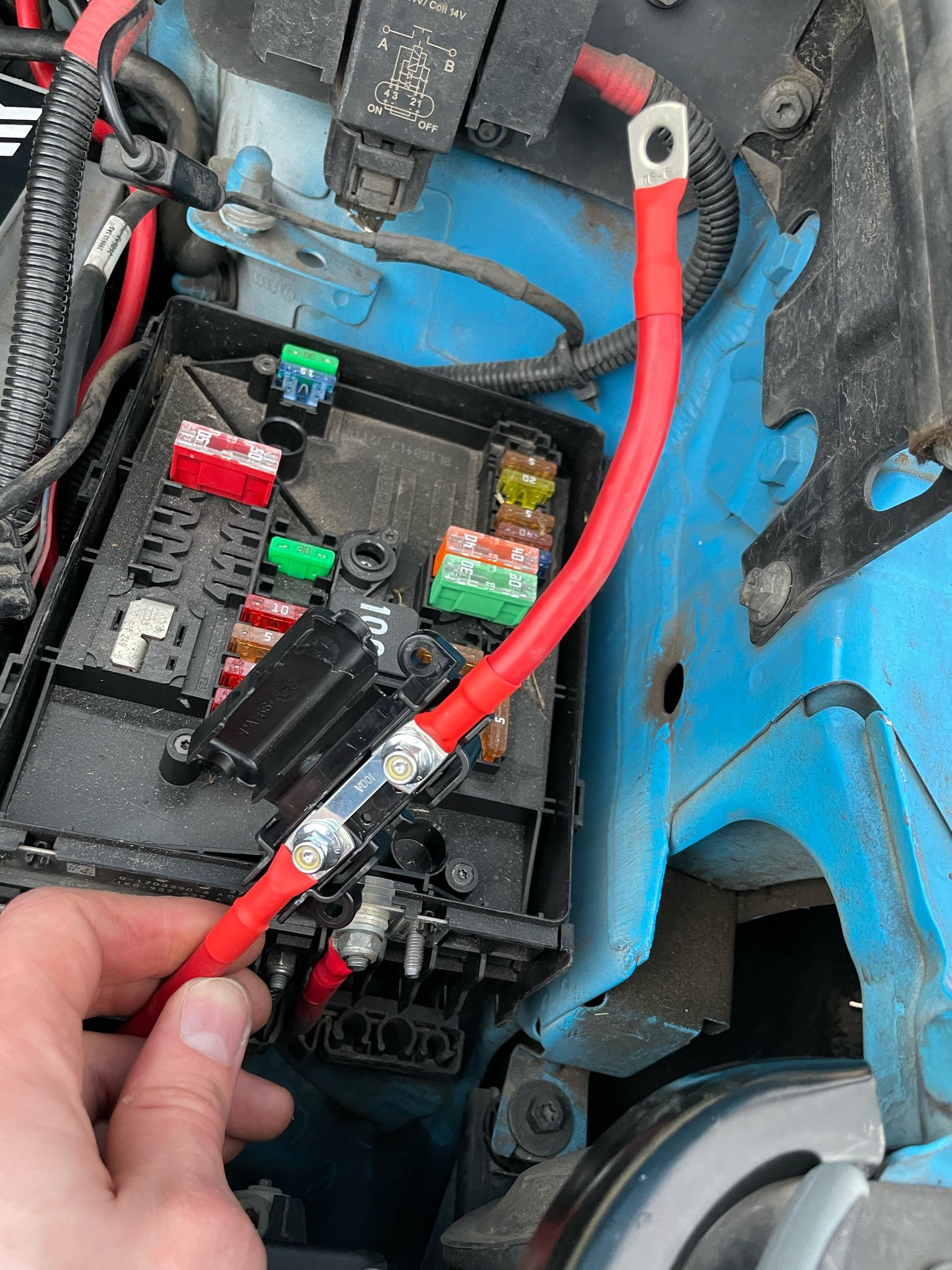 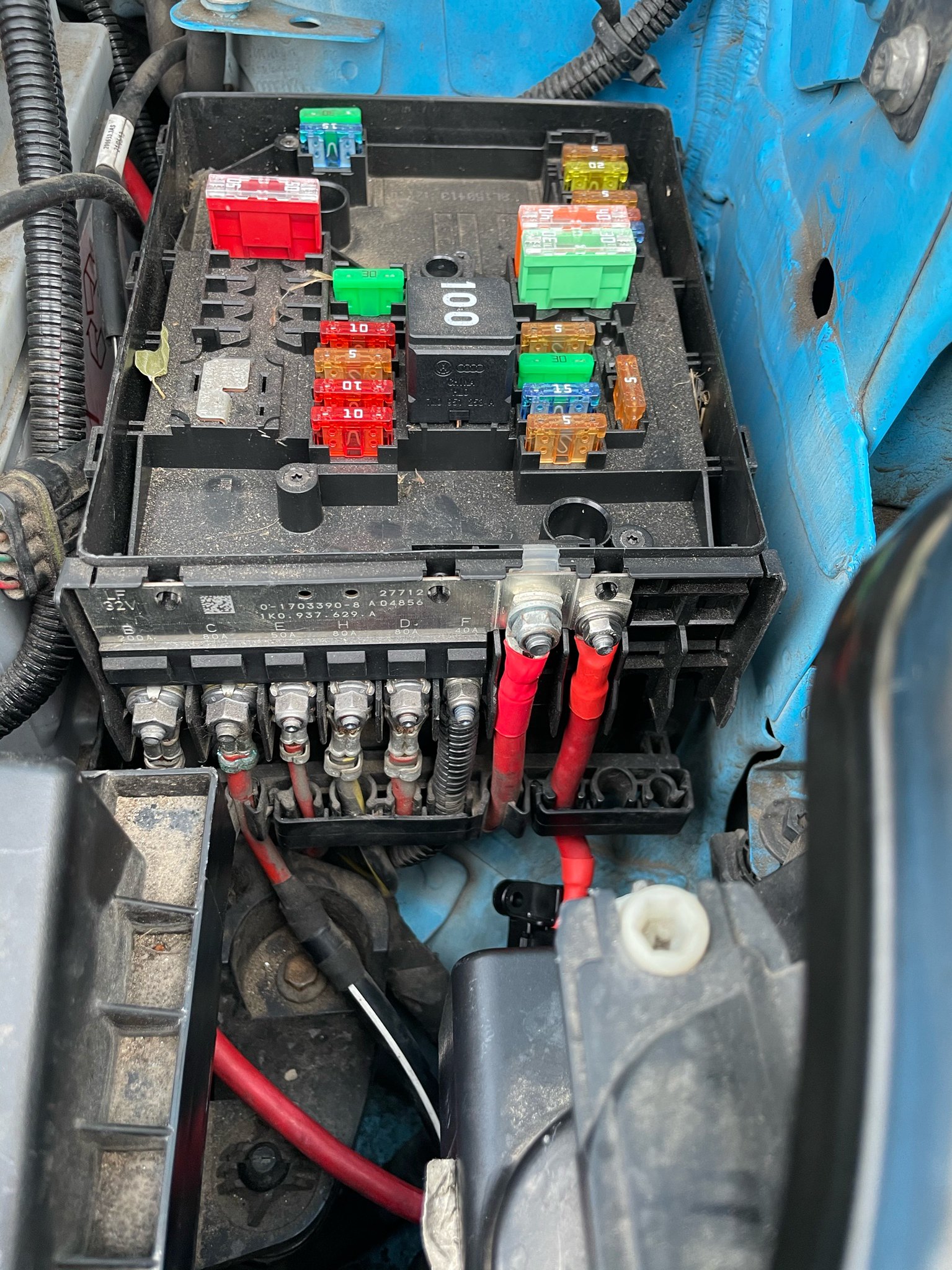 Inside the van I routed the cable behind the glove box and down alongside the passenger footwell. 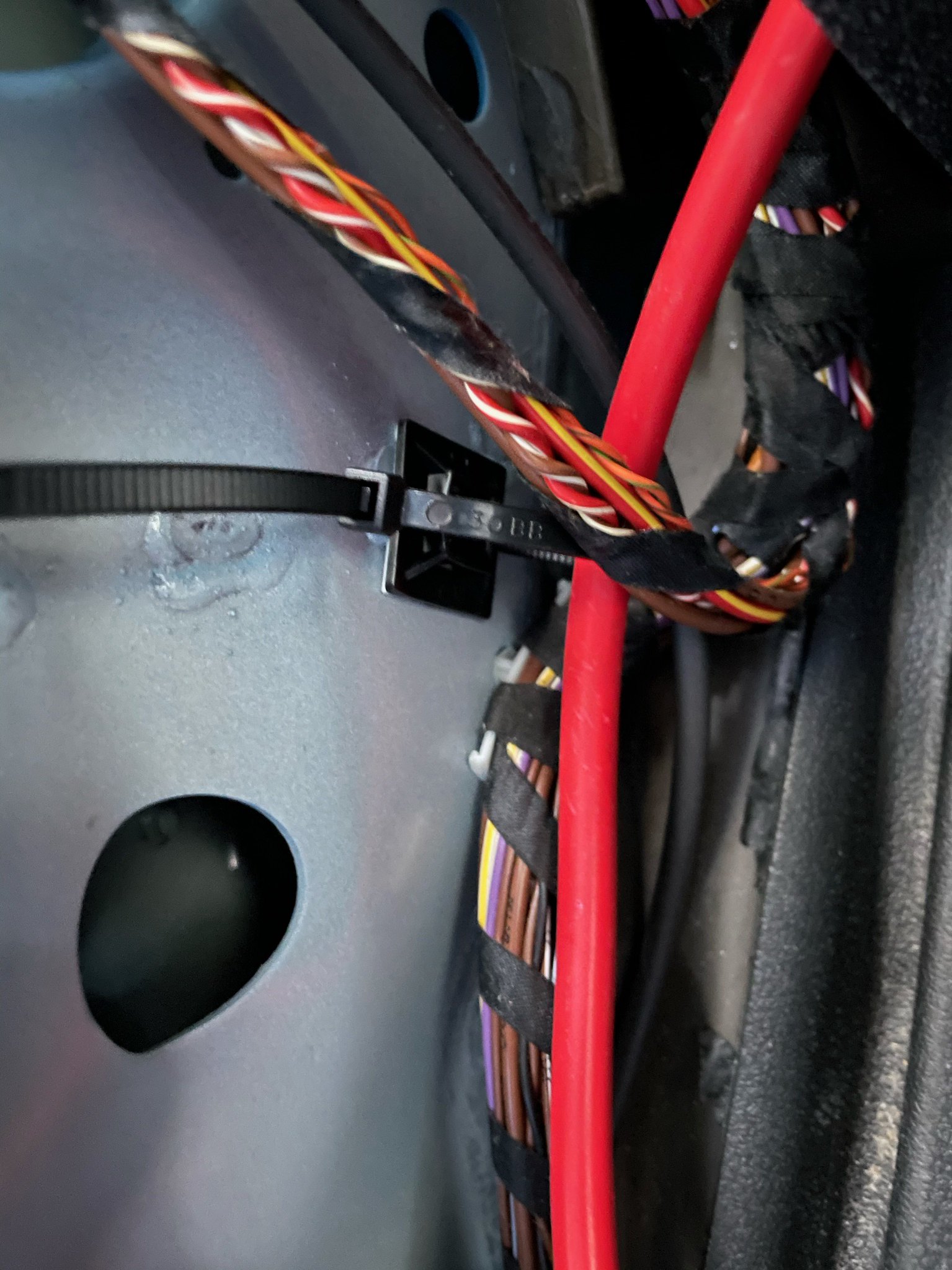 And out through a hole I cut in the carpet into the footwell. 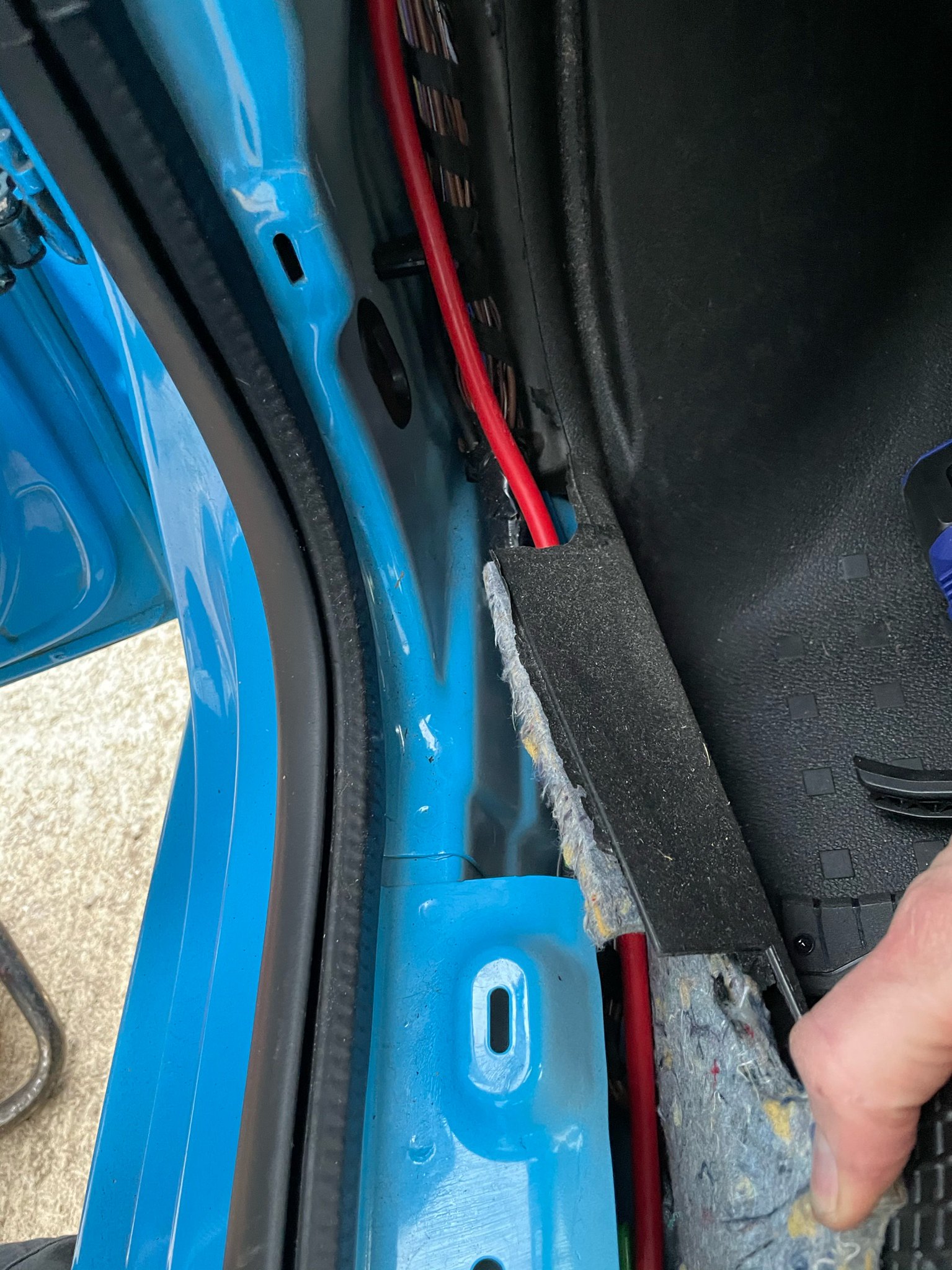 Trial fitting the battery and VSR. 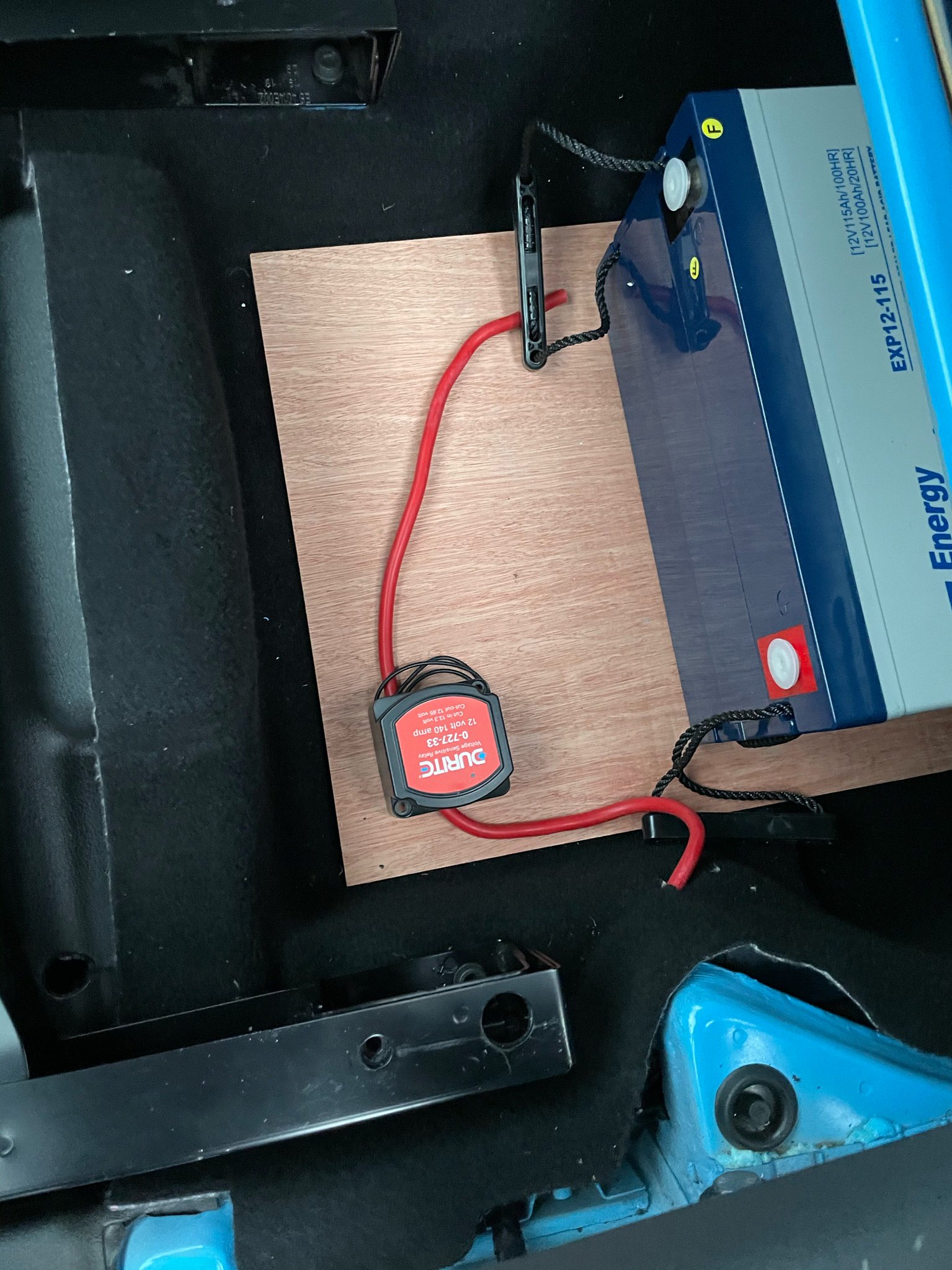 There’s a handy tapped hole earth point just behind the carpet here too that I lightly sanded down to bare metal. 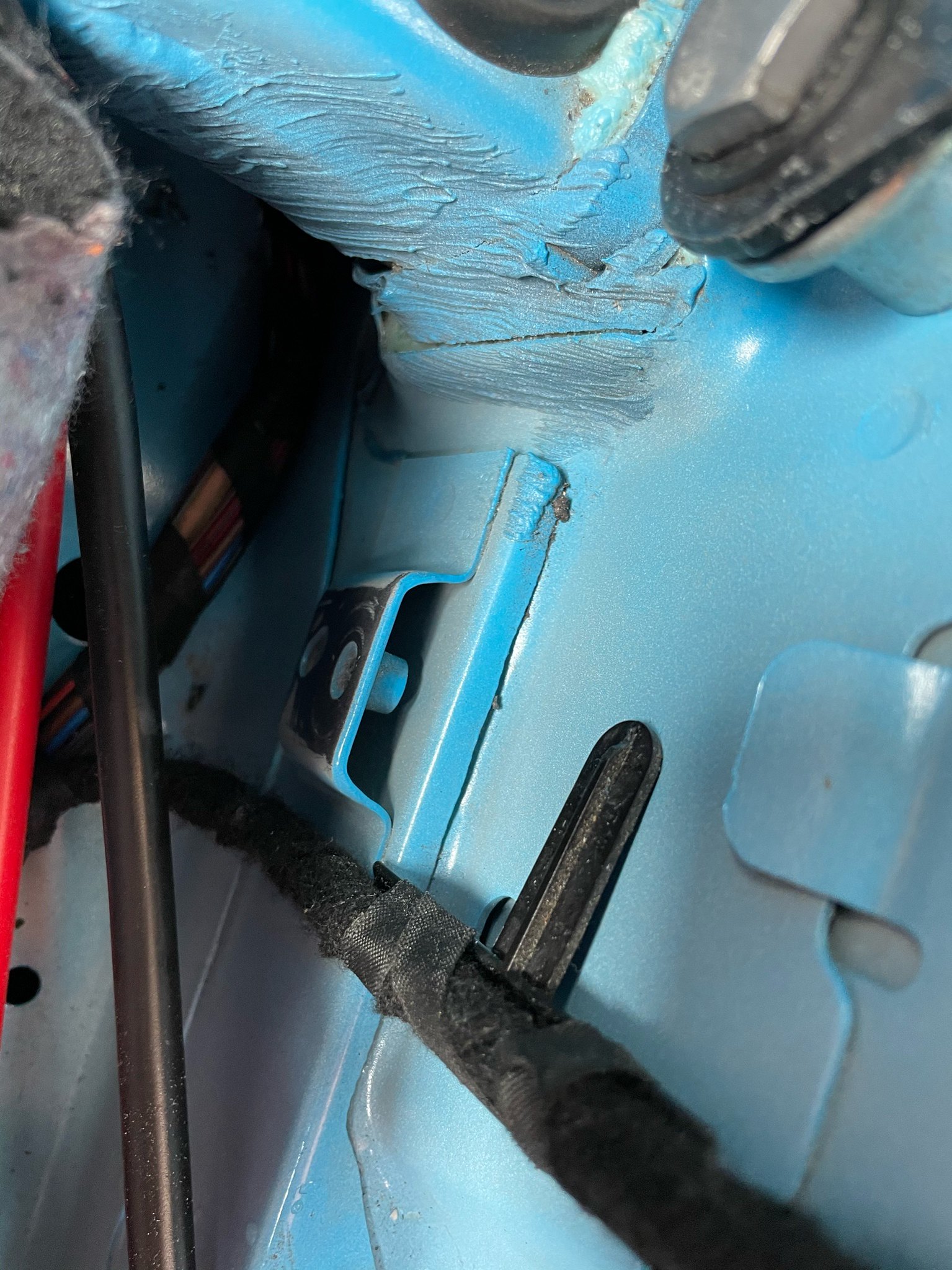 Fitting some brackets to keep the battery from sliding forward and laying out the electrical components. 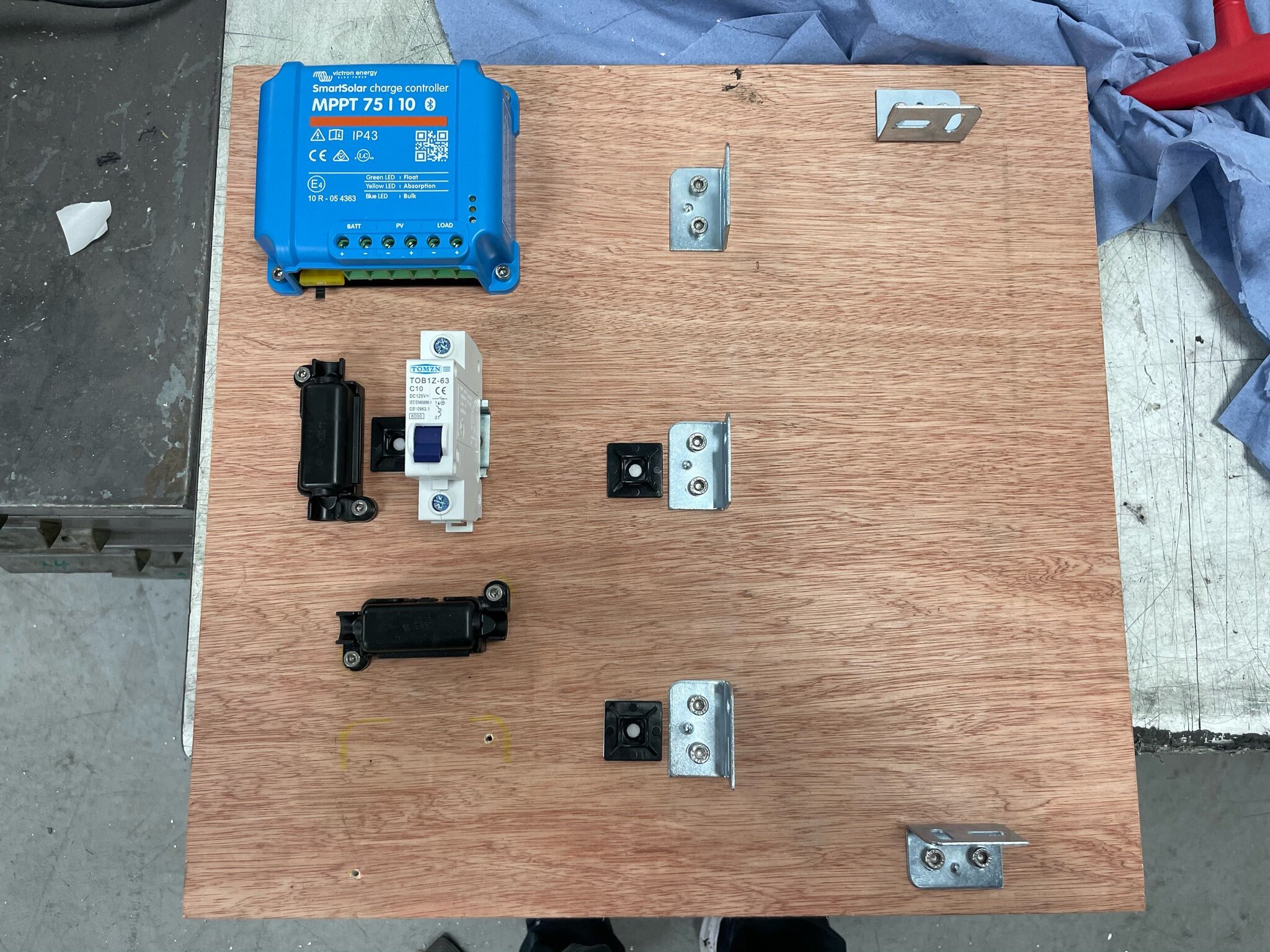 Everything wired in and fixed in place. I still need to run the 2 cables from the solar panel into the MPPT once the panel is on the roof. I didn’t have the right size yellow ring crimps for the MPPT to leisure battery wire (M8) so they need connecting too. 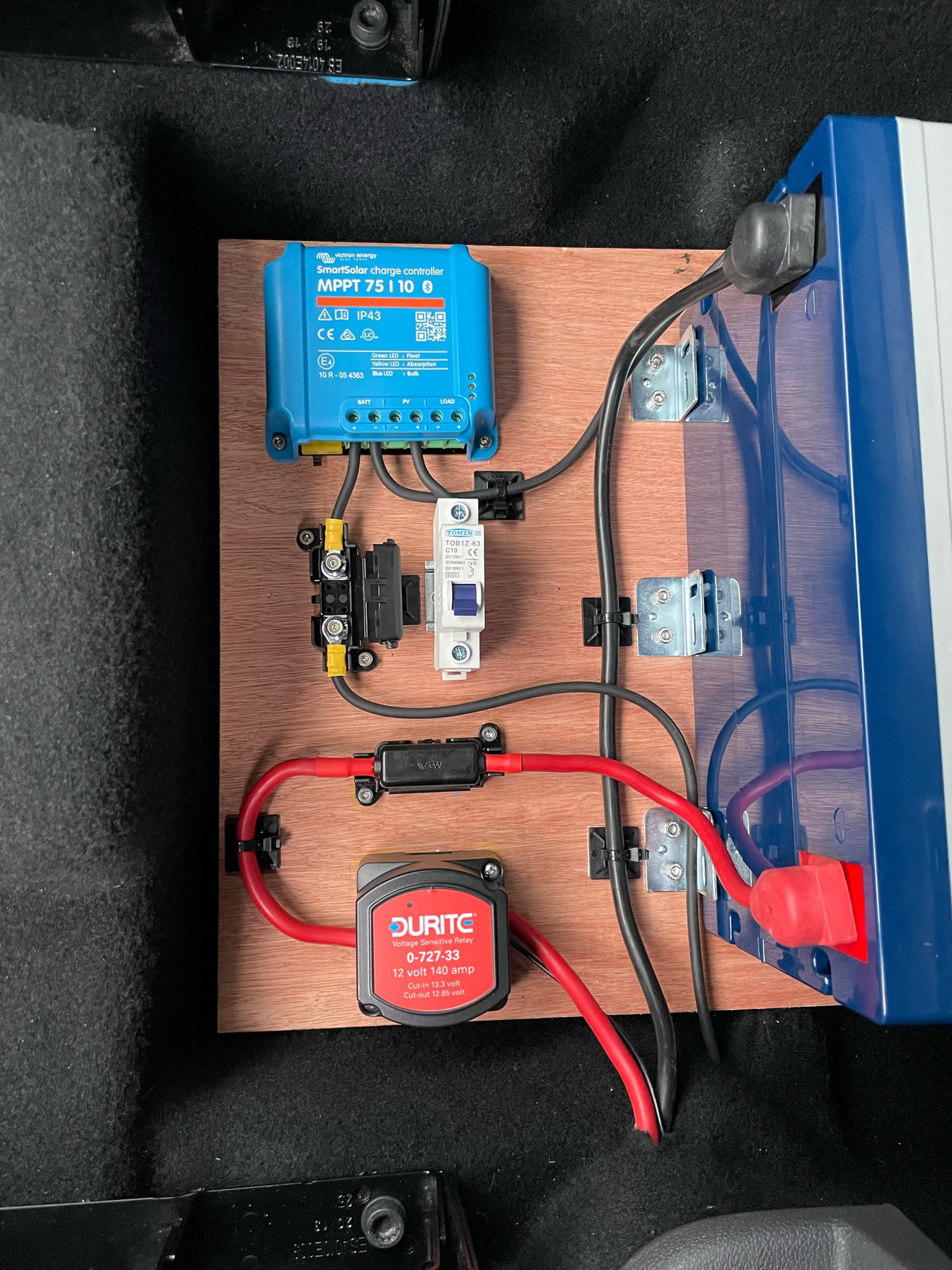 My plan is to use the SmartSolar controller to manage all the leisure electrics through its load output. This will go to a separate fuse box I’m going to mount on a small raised platform above the MPPT and VSR once it arrives in the post. The charge controller can be controlled via Bluetooth on my phone and will let me see real time power usage and charge level. It also lets me turn the load output off if needed if I’m not using the van.
Top

Are you taking bookings on Caddy clean ups? Asking for a friend.... Cracker work, super turn around on the bits so far

Maybe in a few months when this is all finished

I couldn’t face doing it again now, took forever! Definitely glad I did it though, made a massive difference.
Top

Almost forgot, here’s the amount of spare red cable I had after fitting 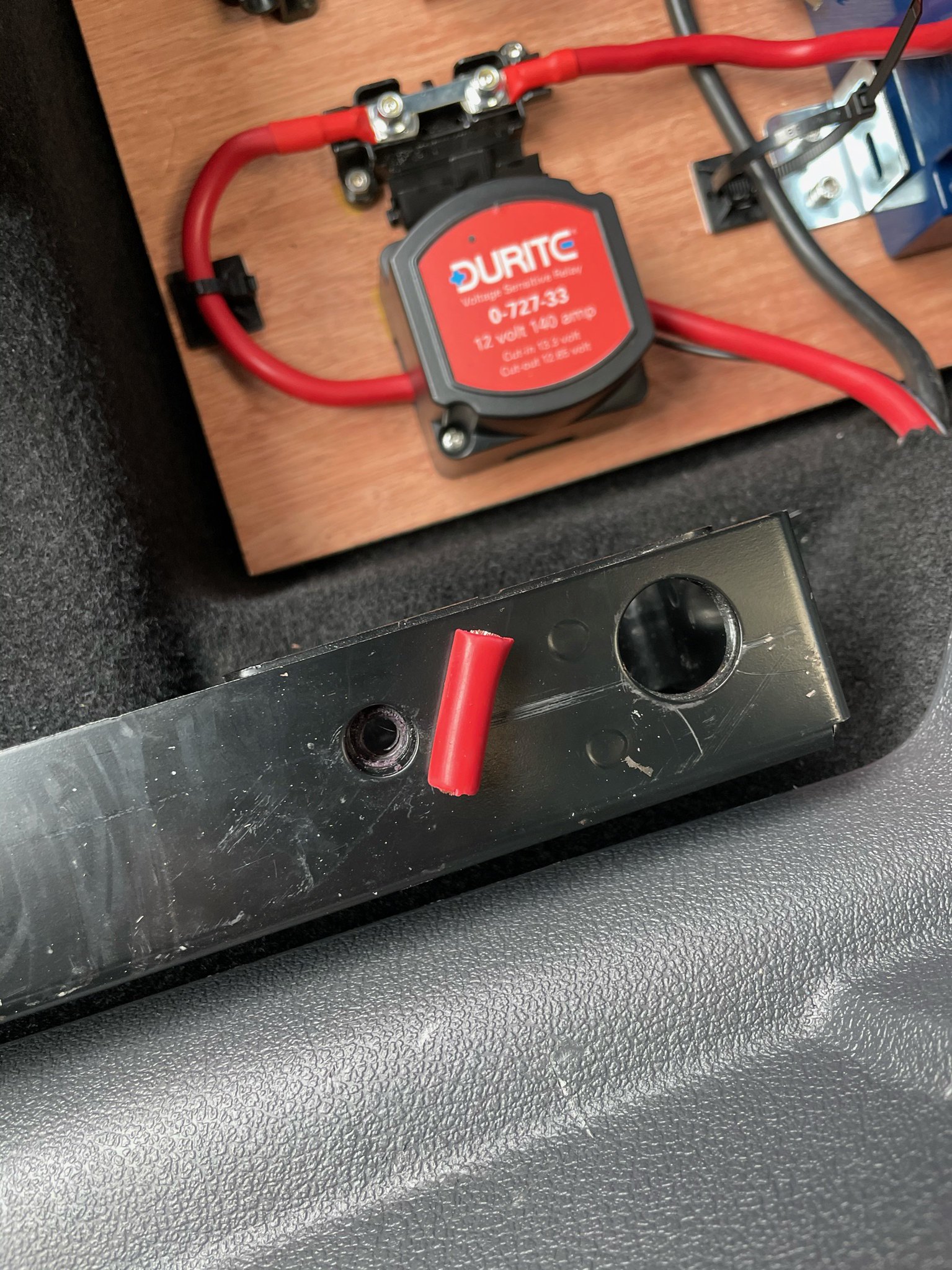 Wicked update that, smart fit too.

I await my booking confirmation for that clean up, thanks
Top

Van's looking good, you're flying with the build. What's next on the list?

Sent from my SM-G973F using Tapatalk