Having had both the MK1 and Mk2 Caddy in the past and then moving onto various other VW/Seat cars I missed the ease of a van and wanted to get back into something, but the need for several seats was also something I had to consider...

Hunted for a while to get hold of a MK3 that wasn't a WAV, or really over priced!

I had in mind the injector issues on the later face lifted MK3's, which to be honest did put me off a little, plus knowing the general bomb proof(ness) of the 1.9tdi I opted to go with a earlier one.

Found this one tucked away which I picked up for good money.

Couple of chips on the Audi wheels that need sorting
Discs and Pads could do with a change
Will service for my own peace of mind
Replace the shocks at the front, so will lower whilst I am there

Overall though, cleans up very well and I love the blue which I had a MK5 Golf in previously.

Big enough to chuck the MTB and Dog into with the kids in tow as well. 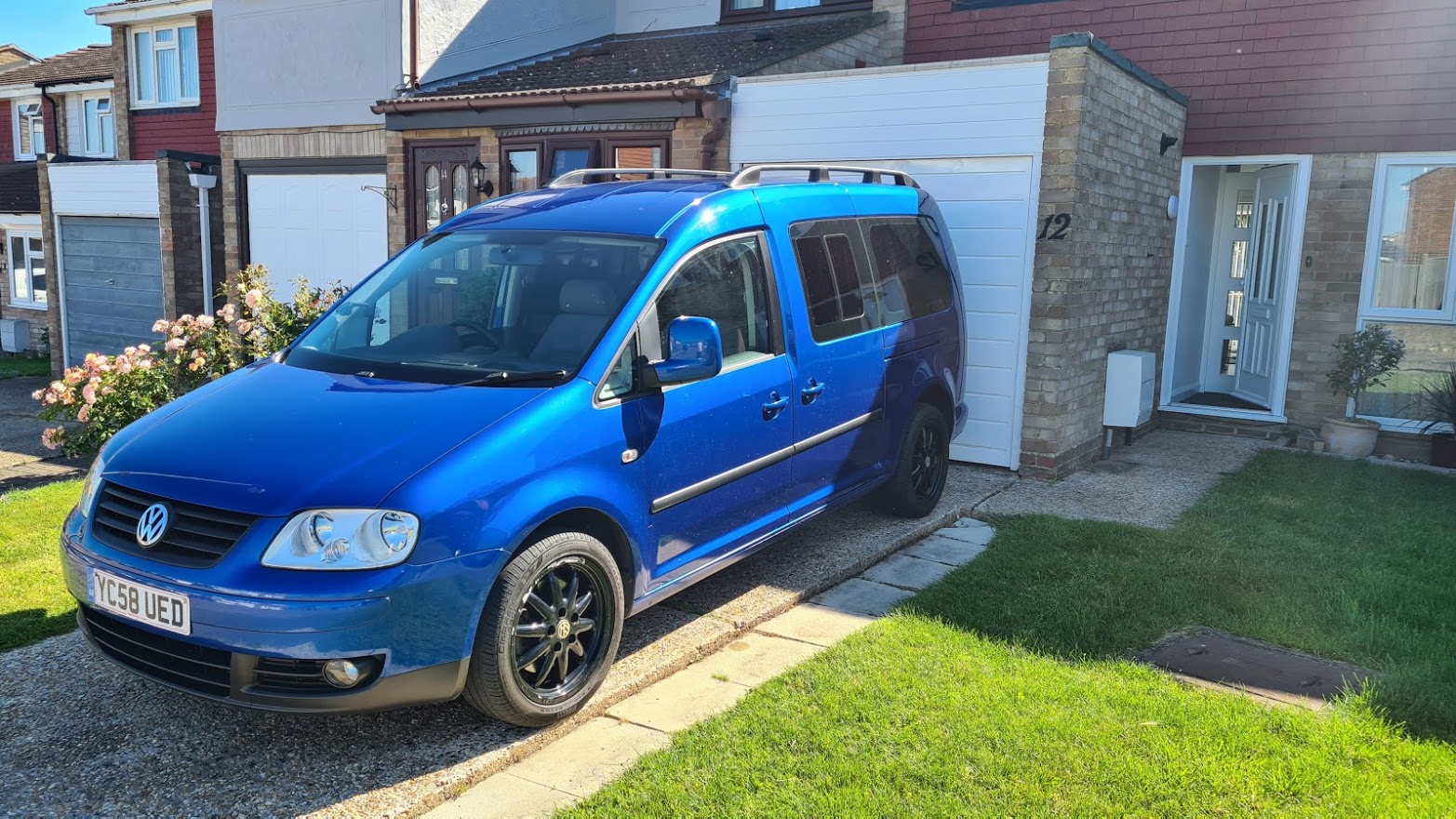 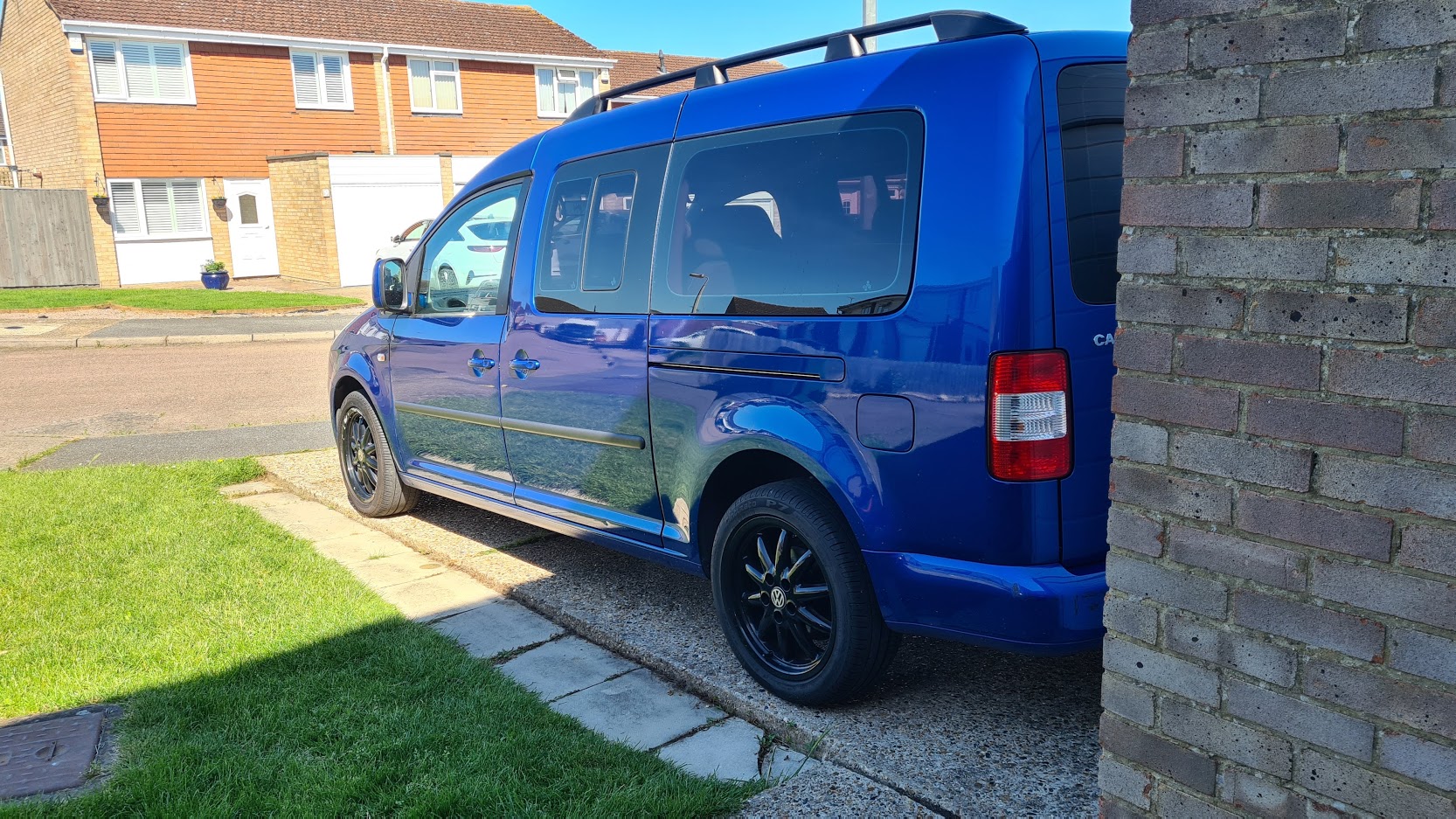 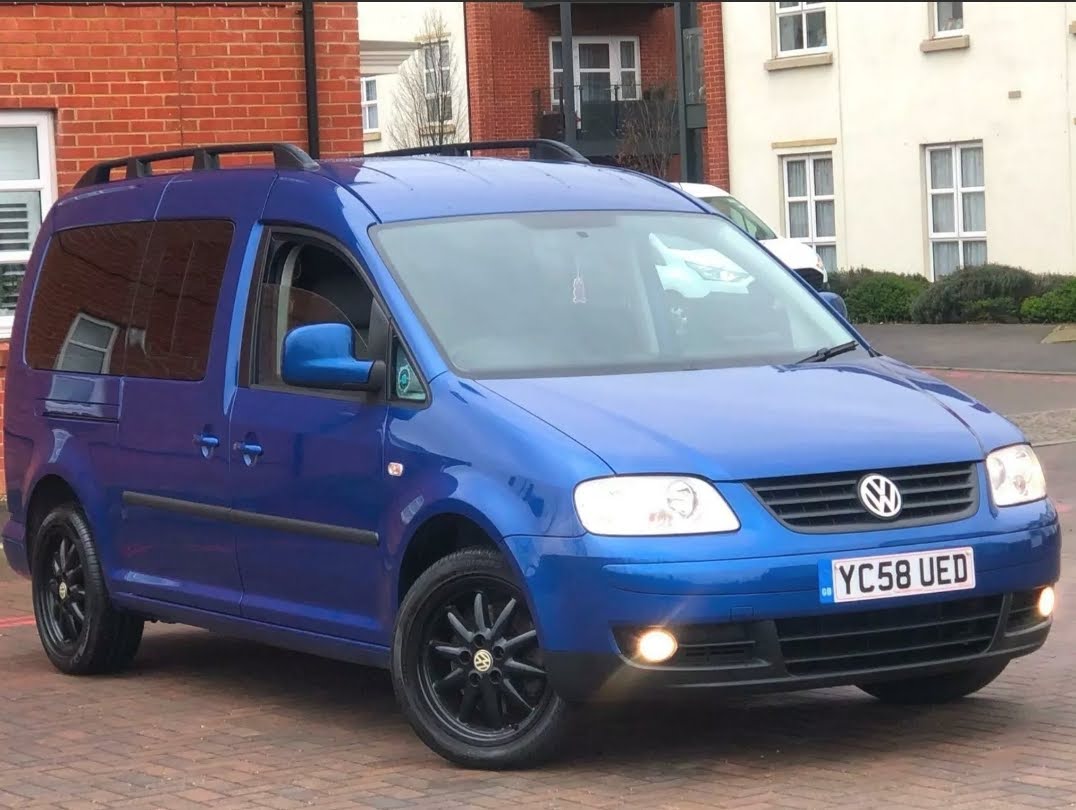 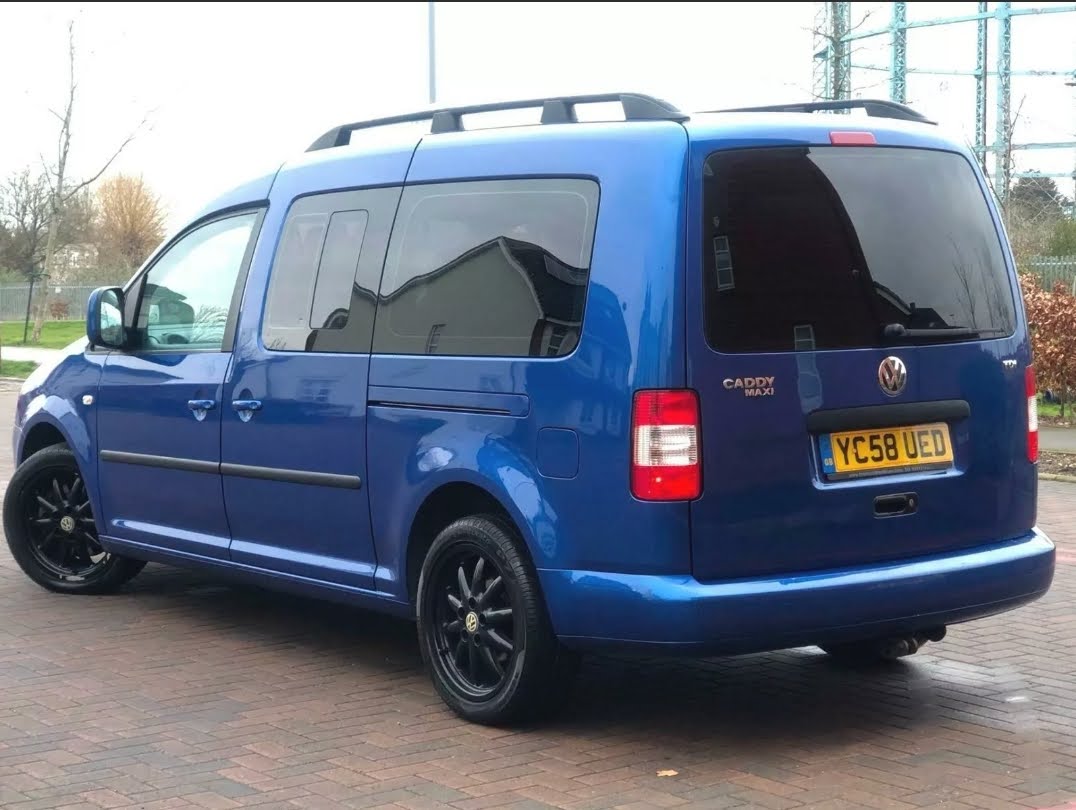 Obviously I had various baskets online waiting to be bought for when the Caddy was picked up..... So waiting the arrival of:
I think that will do for now and give me some stuff to get on with, I also have an underseat Pioneer sub that will go in at the same time as the headunit.

Plans are to make this into more of a useful Day Van so will probably keep the original interior as it is so clean, but may look to change up the front seats to Toran ones.
Top

Some Caddeology in the ML, of which there is still much to do!

I came across the floor hatches, which I knew about but had forgotten about, so that was a nice surprise... and I found this: 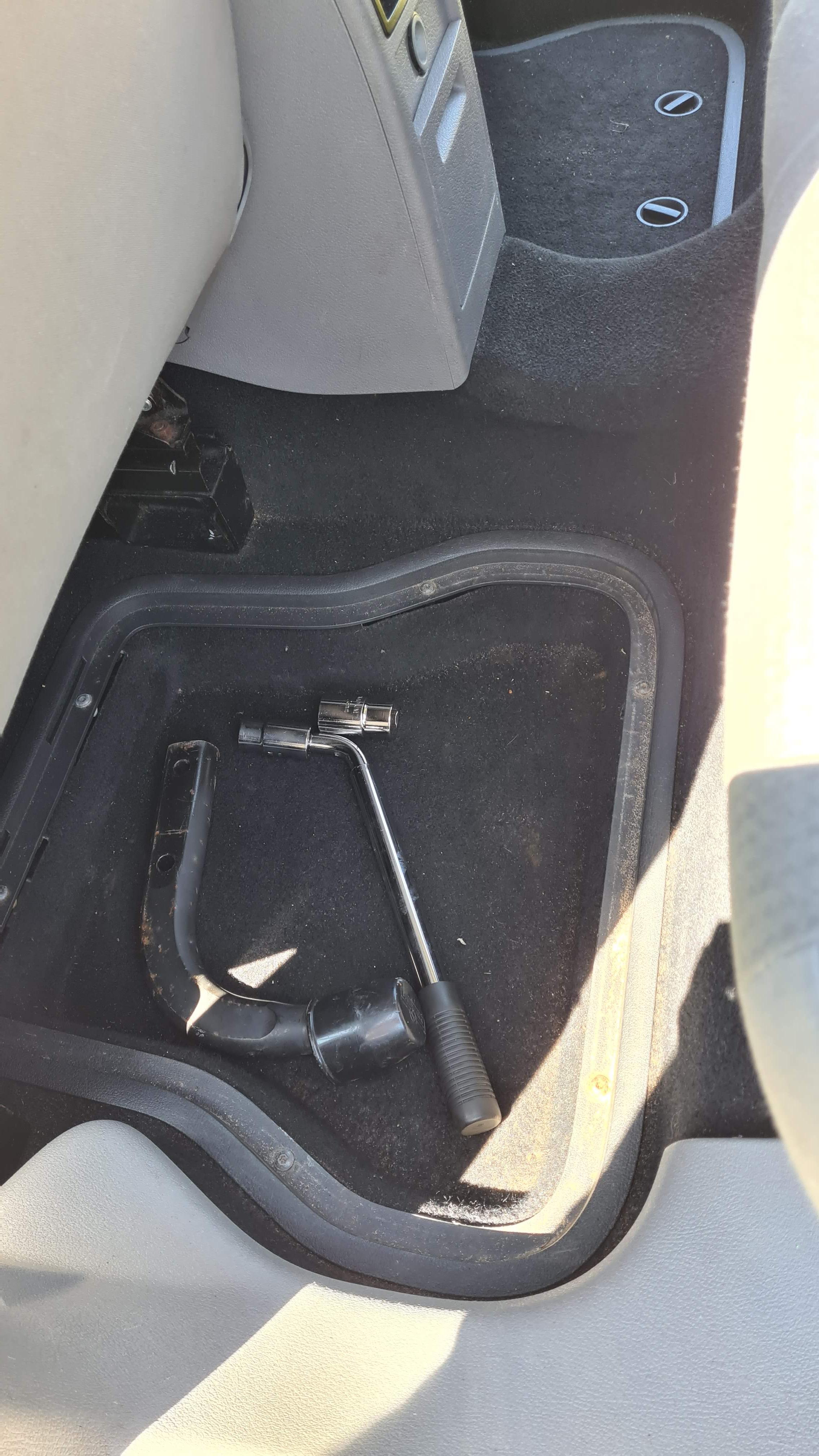 I knew there was a Tow attachment and electrics on the van, but hadn't come across the hitch until now. I'll probably leave them for now as they are quite well tucked in and might come in handy anyway.

Obviosuly next on the list is a bloody good hoover and clean!
Top

I readiness for the most important part, I stripped the headunit out and ran all the wires for the new Pioneer one arriving today, along with a reversing camera and some other bits.

The rear speakers are shot, which I have read a fair few posts about, looking at them they might be 3x7 speakers which can be bought, but I think I will look to custom fit something in there.

Excuse the knee in all of its glory.... 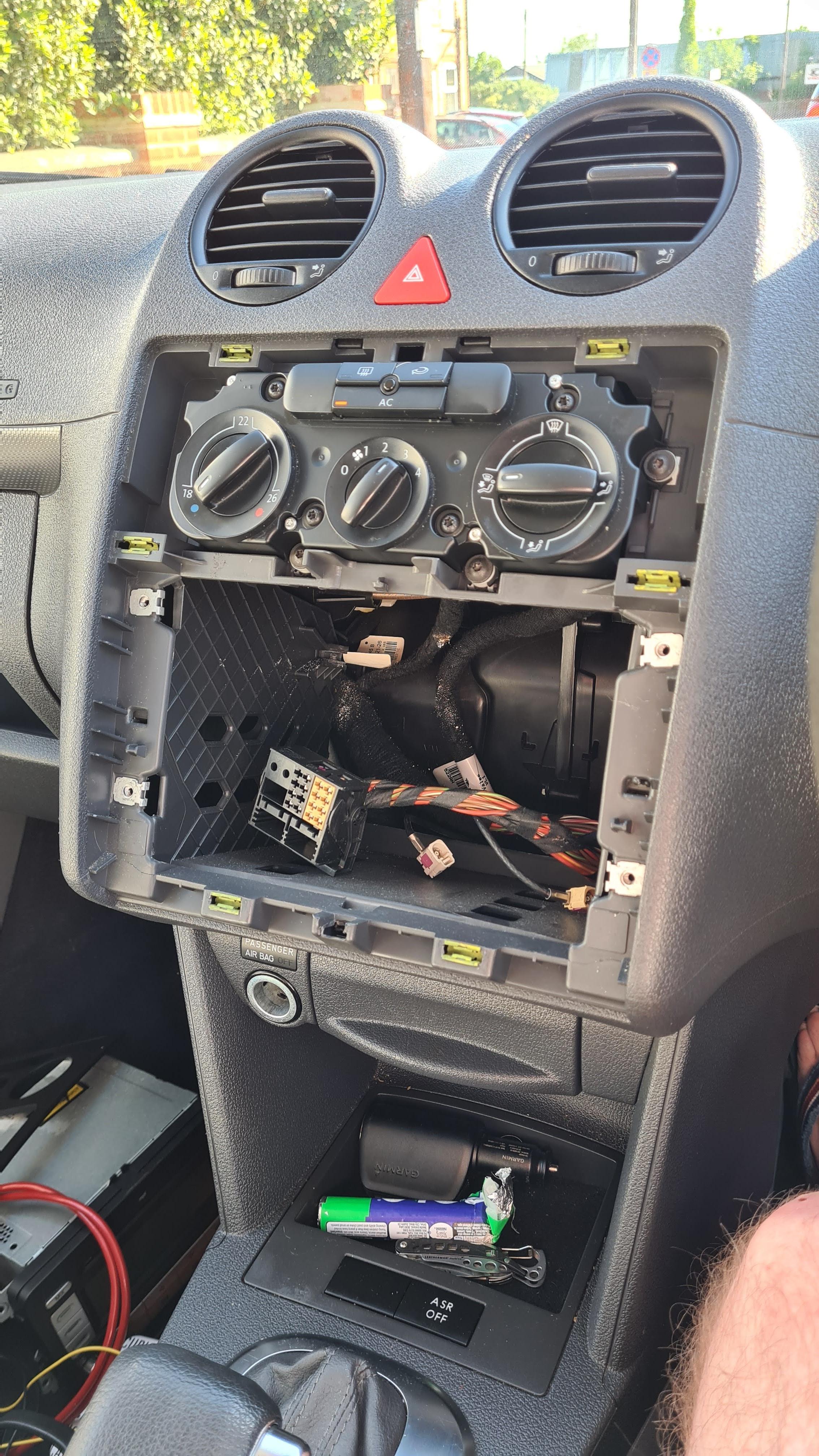 Looking for get the steering and brakes refreshed as that is one thing I am not sure about.

I think I am going to go with the Cobra lowering kit which is 55mm springs and then rear shackles after chatting to Van Style. I'll buy new shocks all round and top mounts too so should be okay to just bin off most of the old stuff.

Just need to confirm the disc size and the shock size, for which I made up a quick 55mm tester to check which ones they are (being the Maxi Life I'm sure they are 55mm). 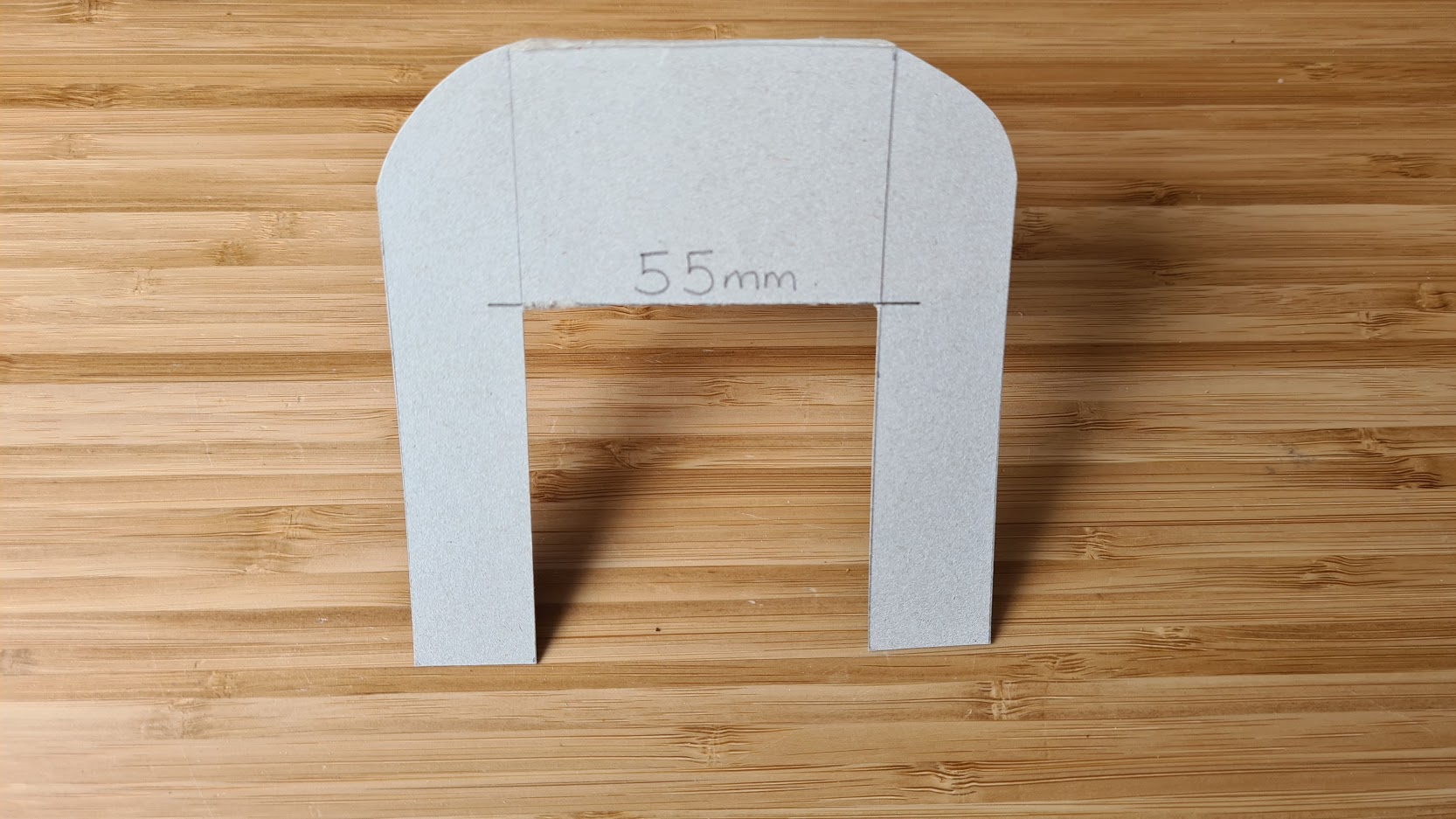 First delivery of the day! 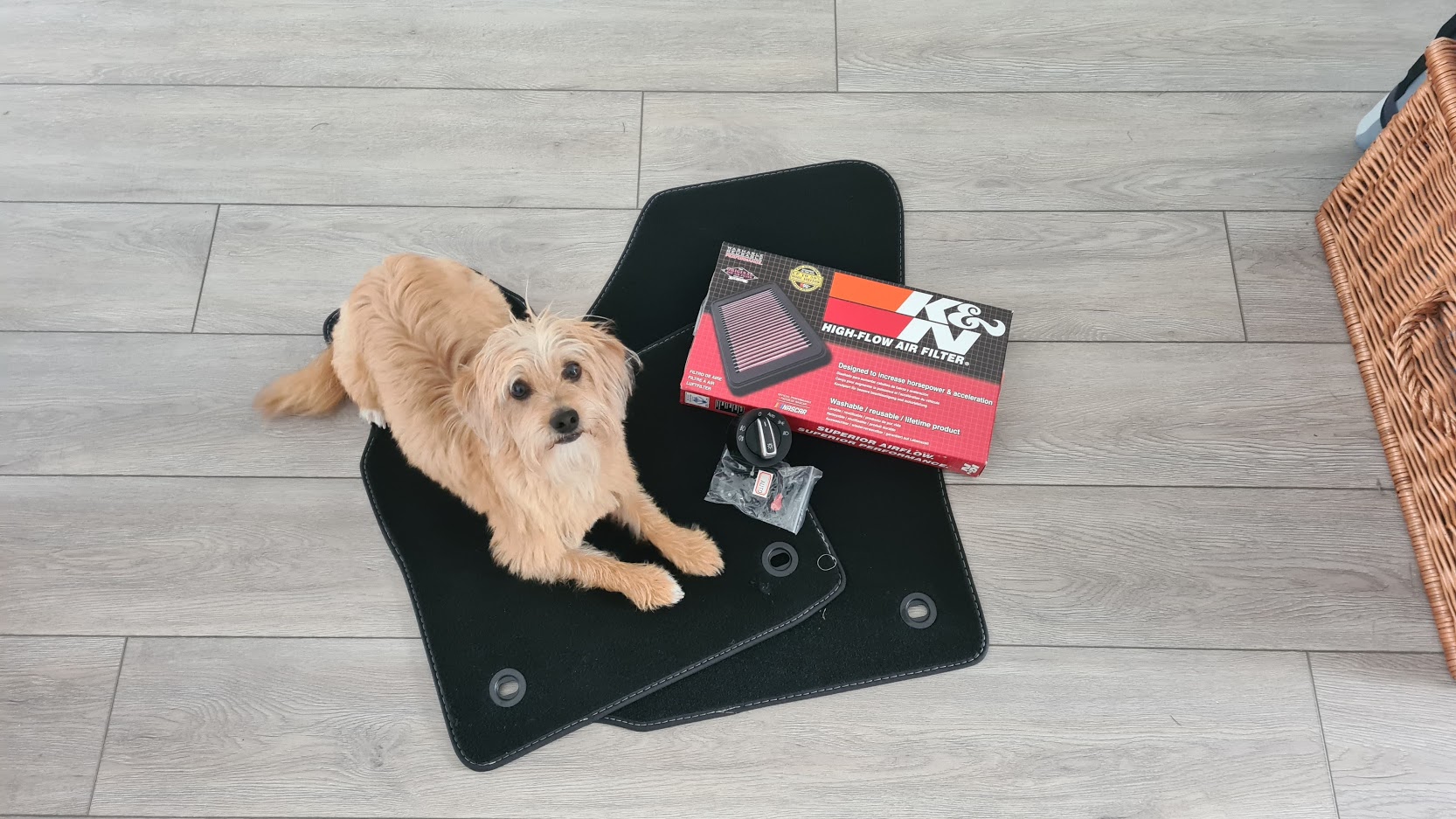 Been a fairly expensive morning!

Have just ordered the below:

I've not got any drop links as yet, as I will see how it sits once it is done a deceide if I need adjustable or Mk5 Golf ones, plus the ML has had new front springs and drop links recently so I should hopefully be okay with getting the old ones off to use for a while anyway.

Looking forward to getting it all done, think it will be a long old weekend!

I had planned on changing the wheels, but I do quite like them for what they are..... so will see how it all sits once the work is done, plus the roads around here are terrible, so something that'll cope better would be nice.
Top

Busy morning for deliveries, means busy few days ahead.... although waiting for the rear shackels from Darkside so the suspension will have to wait for them. 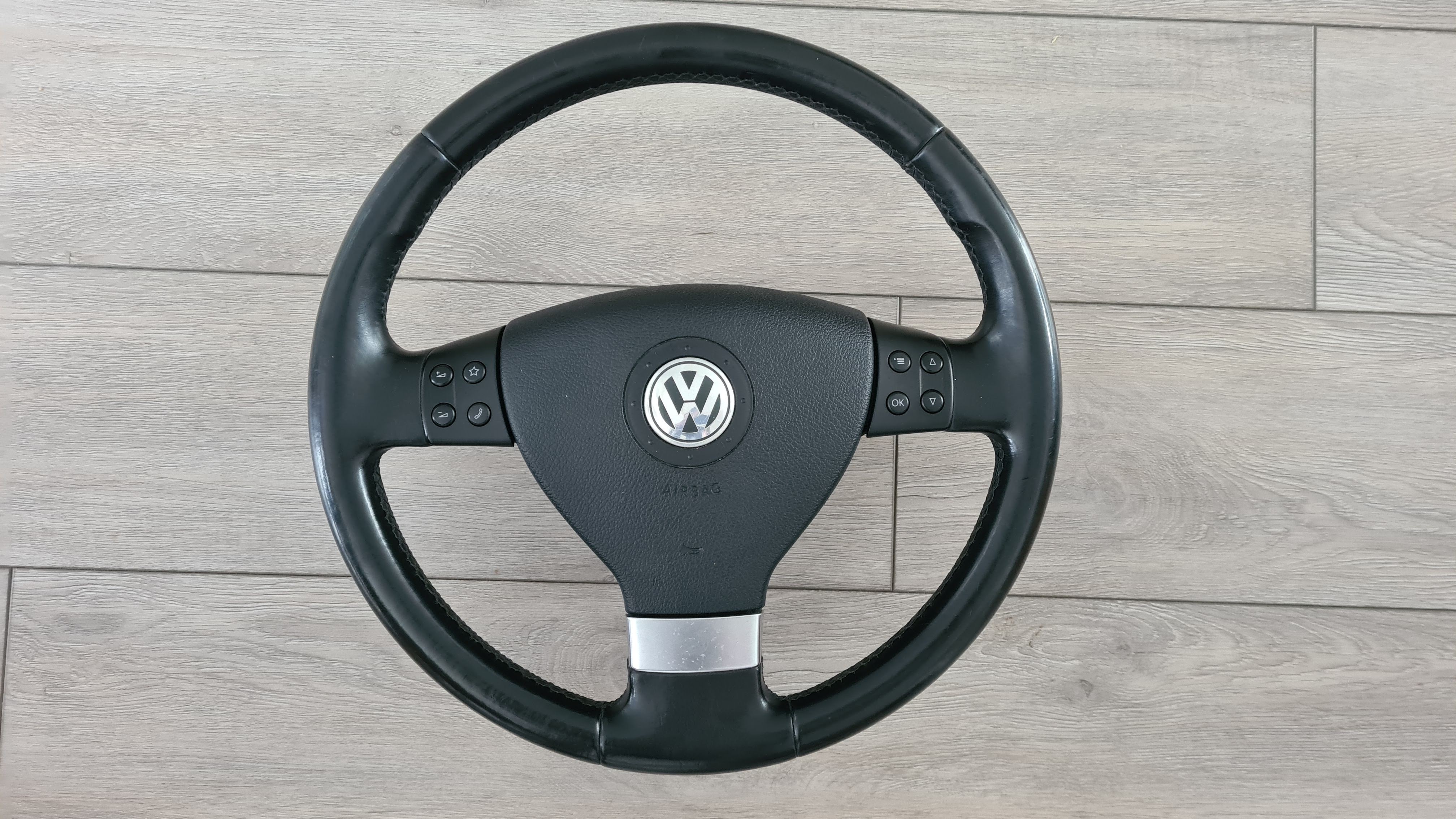 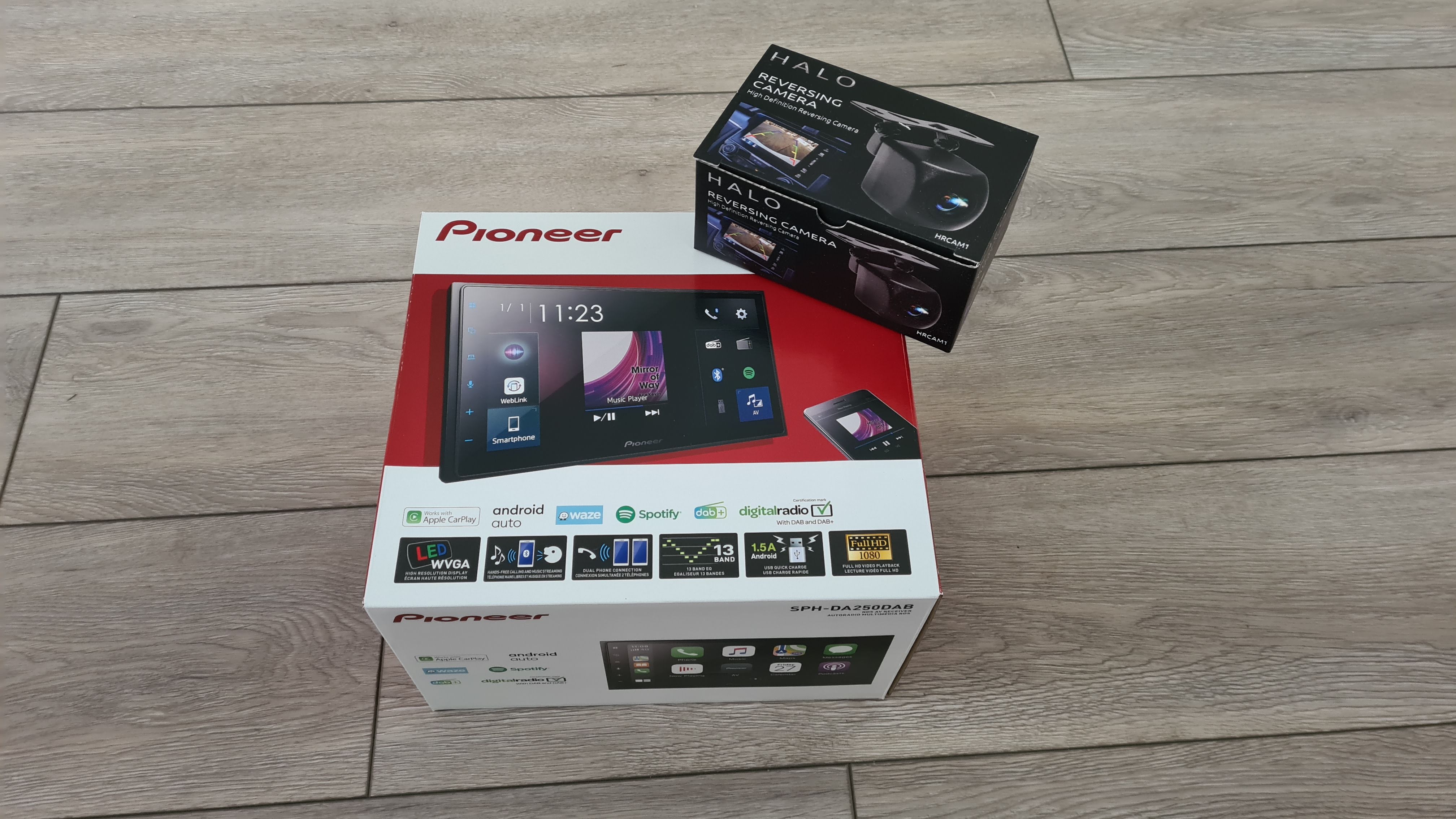 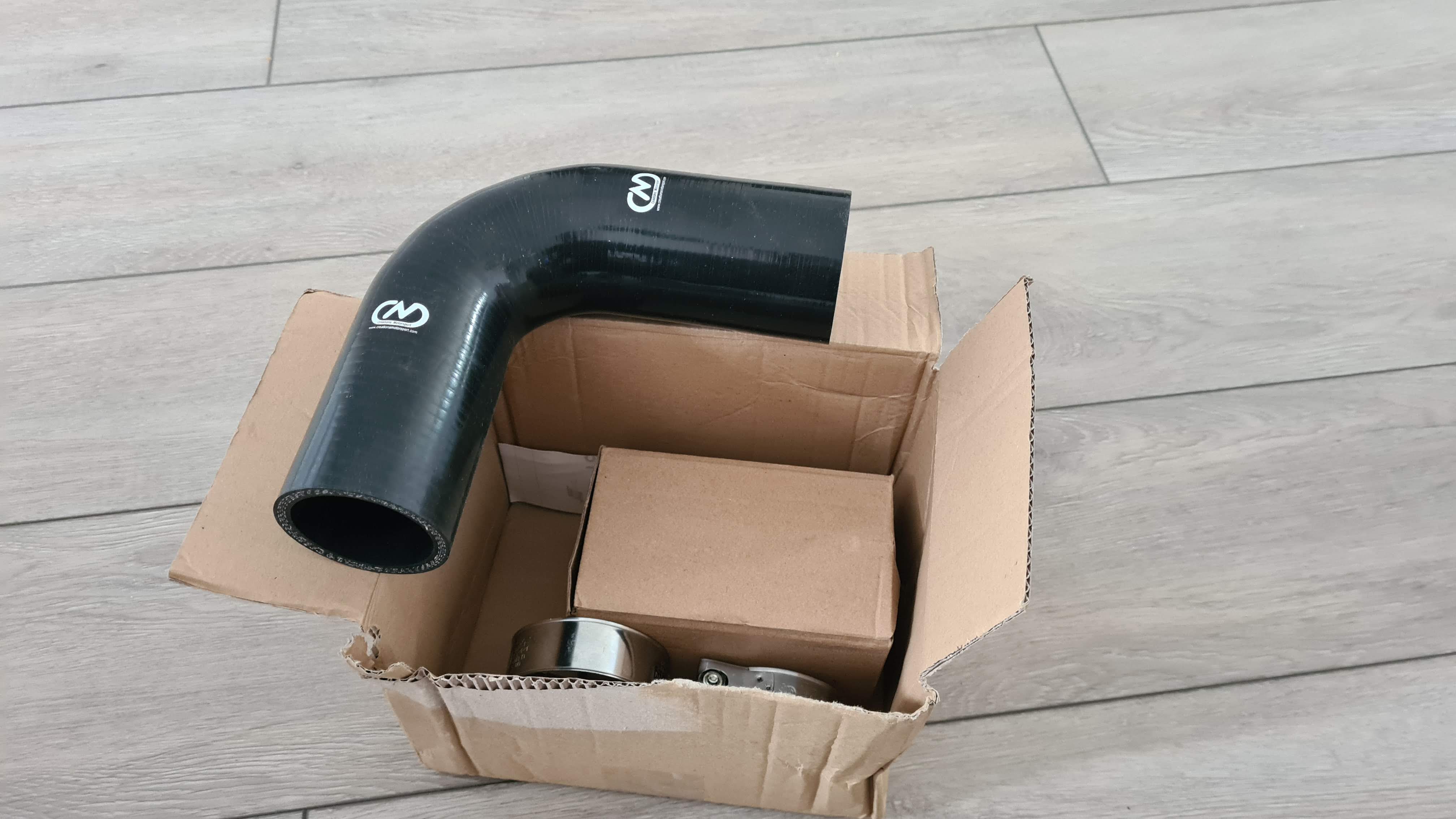 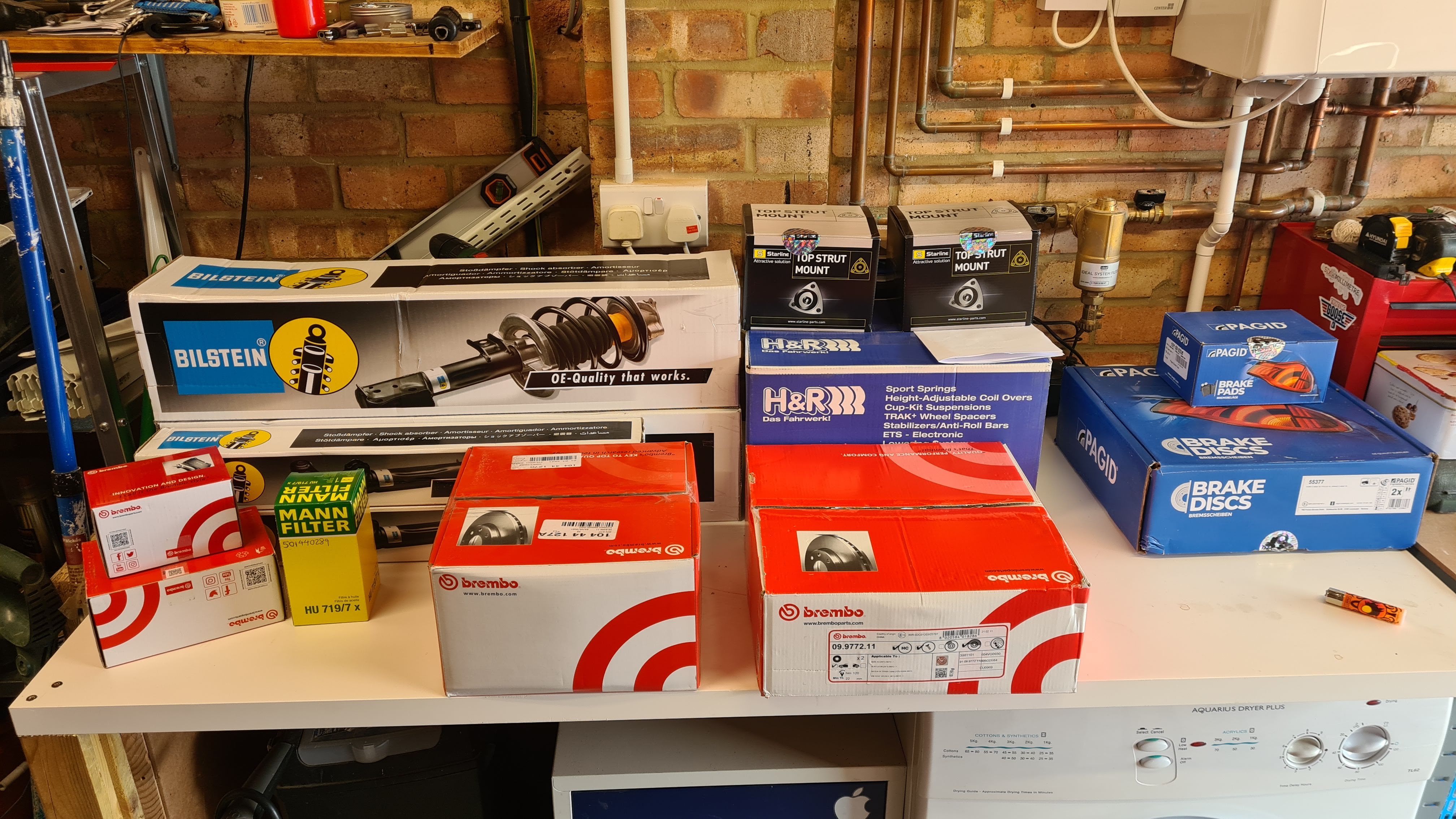 Headunit and new steering wheel are both in and sorted, still need the patch lead to get the wheel buttons to work, but it is MUCh nicer than the rubber one filled with human juice..... 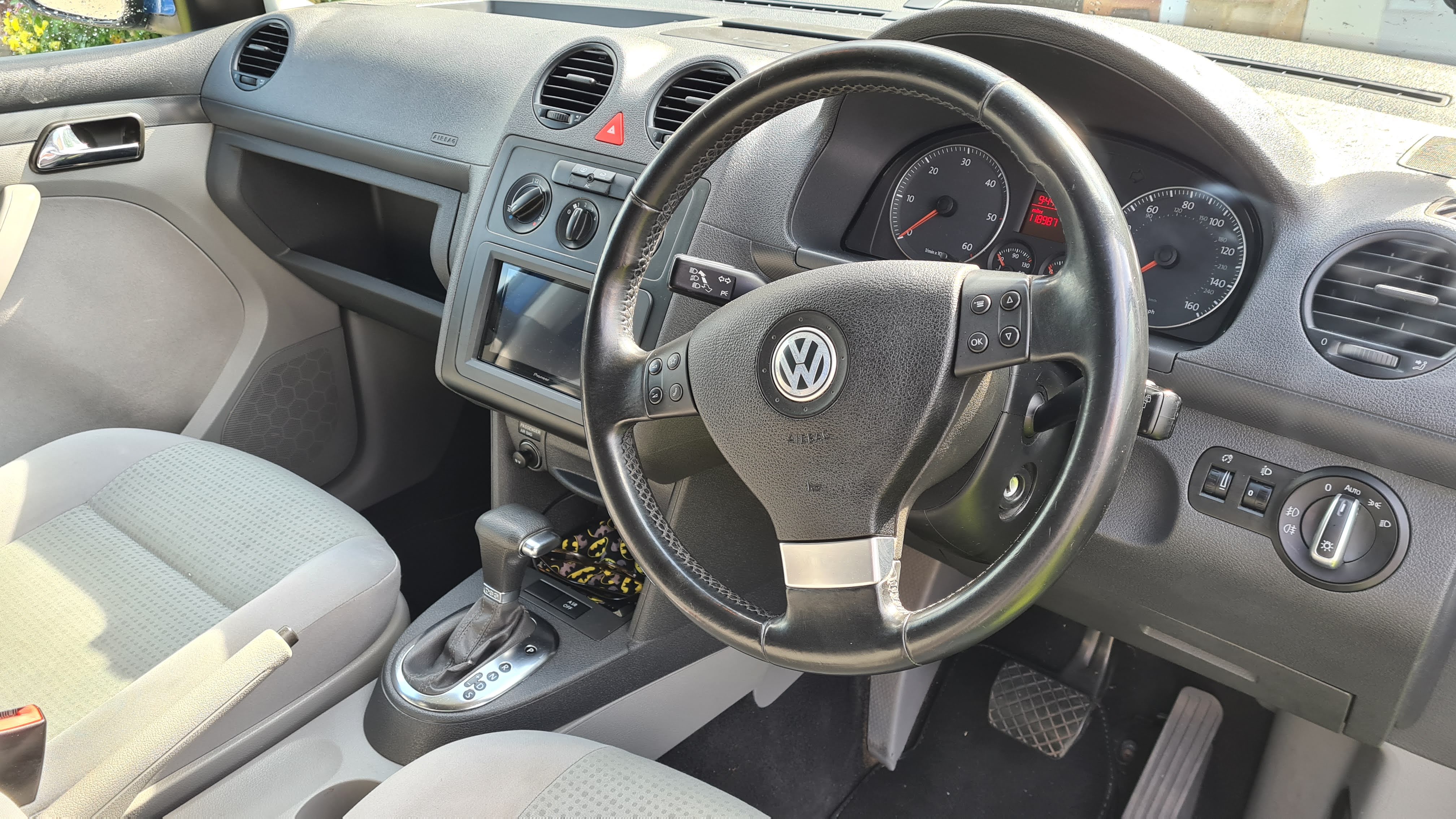 Then this morning I picked up some MK5 Leather GTi seats, been going over the various ways to fit them and have opted for the drilling of the Caddy bases for the rear holes rather than the Touran base option..... unless I cock it up, then we'll go with the easier 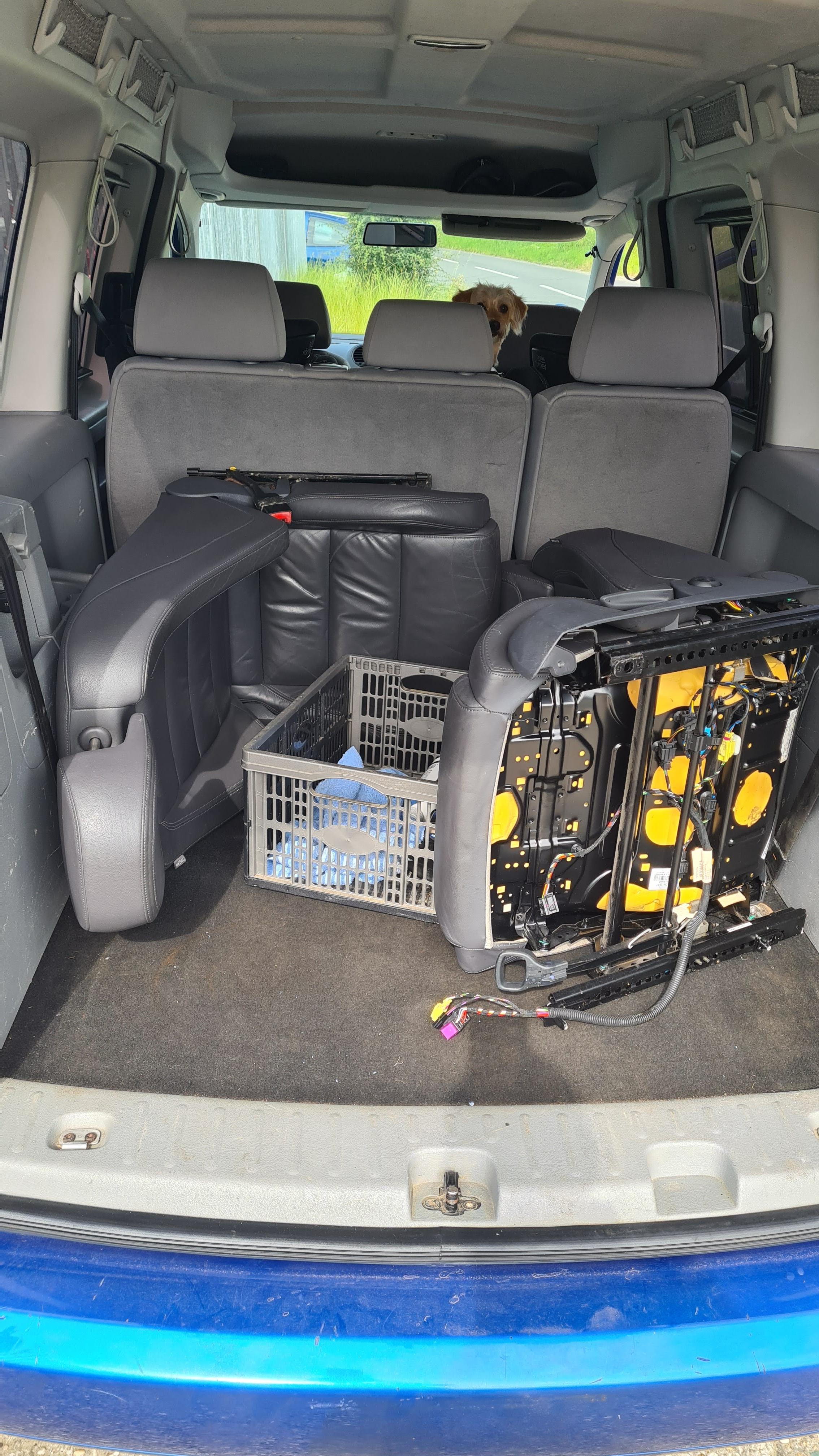 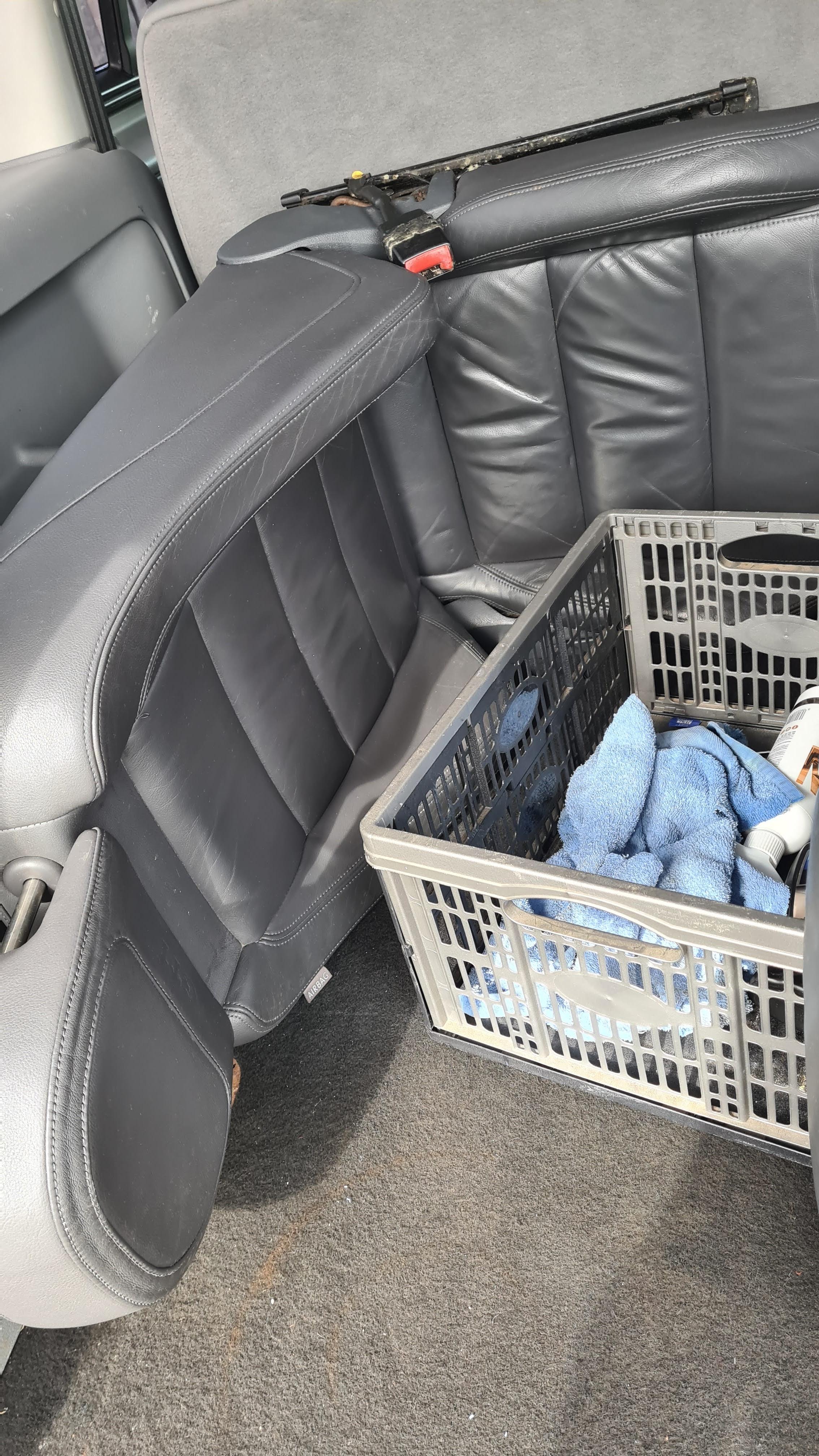 We've cleaned up really well, no rips or holes in them that I could see, so for £150 they were a bargain I think.
Top

Thanks, it's starting to clean up nicely and getting the seats in at the moment.

Haven't had a car to play around with that much for a few years so enjoying this!
Last edited by Giddy on Thu Jun 24, 2021 10:00 pm, edited 1 time in total.
Reason: removed unnecessary quote of previous post
Top

Spent some time getting the seats cleaned up and in today, took a bit of faffing but the end result is brilliant.

Such a difference to the stock seats in there, will seek out someone to make up a lead for the electric lumber support and the heated function, so any ideas please let me know?

I've read about 'Stan The Man' but they were from some older threads, so not sure if he is still doing them..... 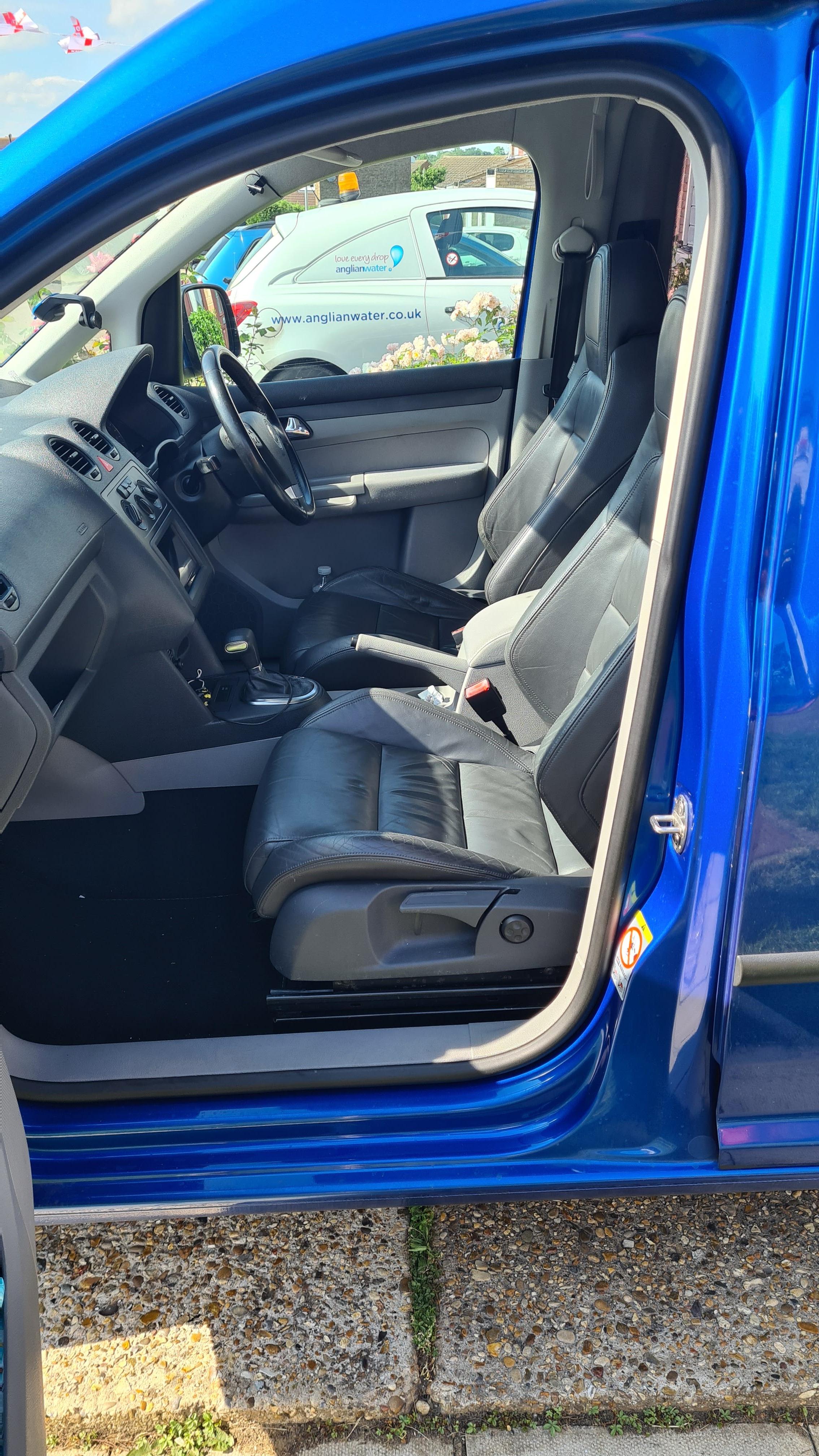 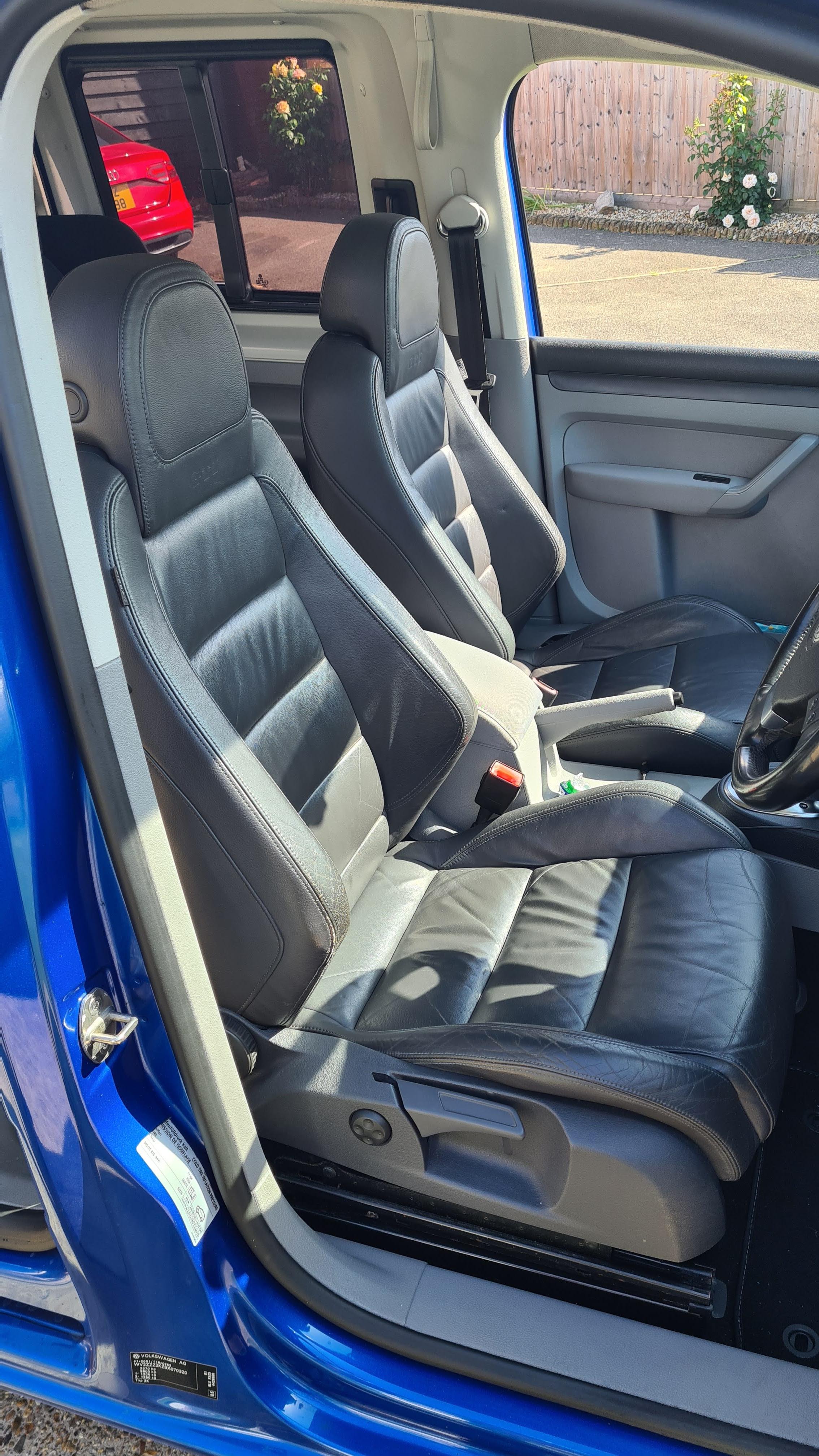 Always nice when deliveries turn up whilst you are out on the drive doing stuff! 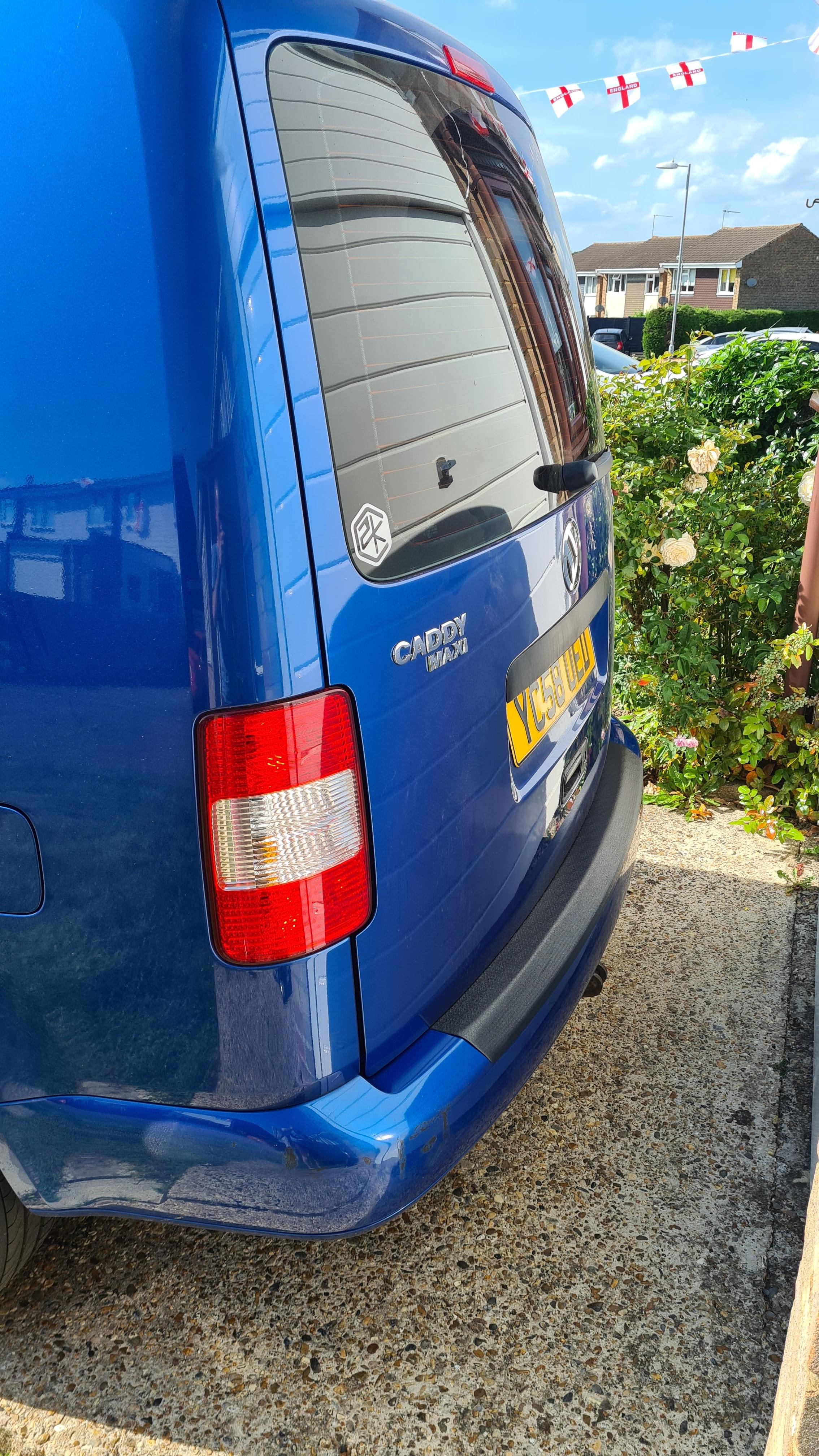 Managed to get out between the monsoon showers that appear to have arrived today to get the oil changed, I suspected that it had been since the dawn of man since the last oil change... and I'm fairly sure I was correct, give or take a few hundred years.

Once up on the ramps it was easy enough to get to everything and the perfect angle for the oil to drain out, and most of it went into the bowl to so that was a bonus.....

The old filter more than likely had the cure for many ailments and illnesses, but it went into the bin for the fresh MANN item.

Oil in (4.3ltrs so I'm told) and it runs just as nearly smooth and diesel like as before!!

But I know it has been done and noted into the service history.

Here's a picture, because we all like pictures and someone might never have seen a blue Caddy on ramps before.... you're welcome. 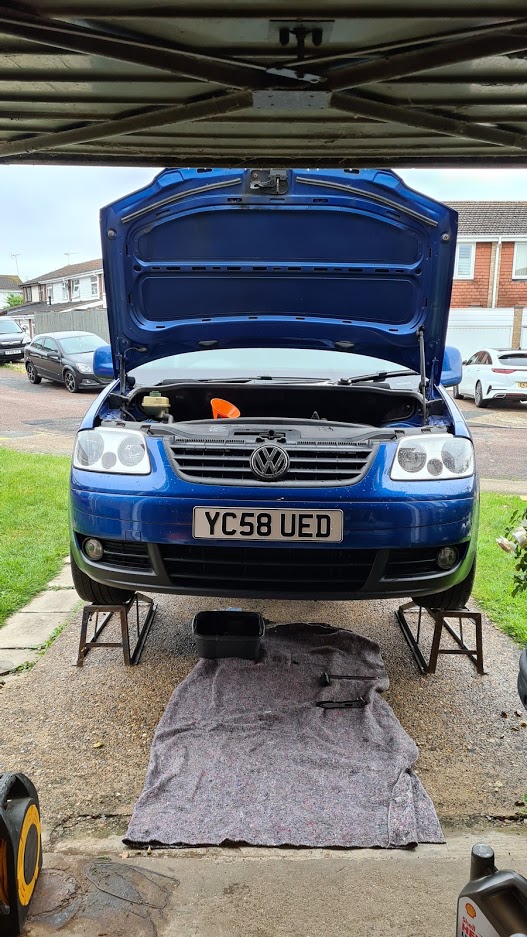