Here it is before I began to fiddle with it on June 3rd 2018 when I purchased it.
First thing I did to it when I part ex’d my old caddy for it was swap the T6 wheels over (20mm 5x112 to 5x120 spacers) as the original wheels that came on either of the vans didn’t handle the best always felt like they were about to fold in half going round a bend 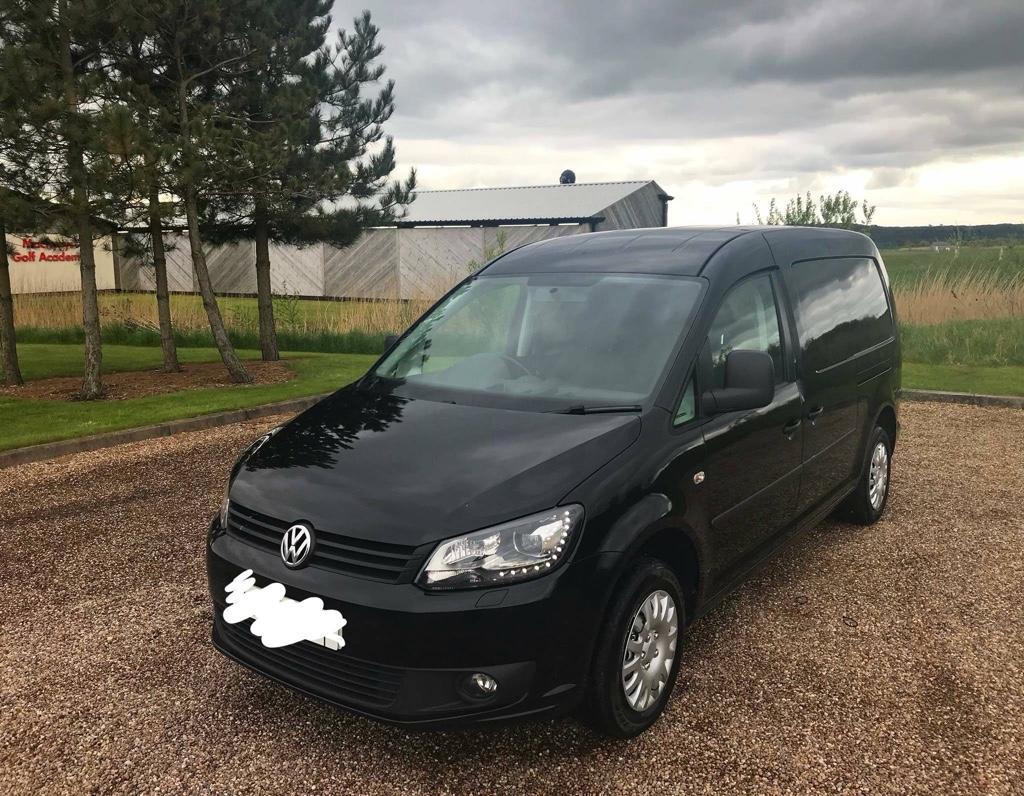 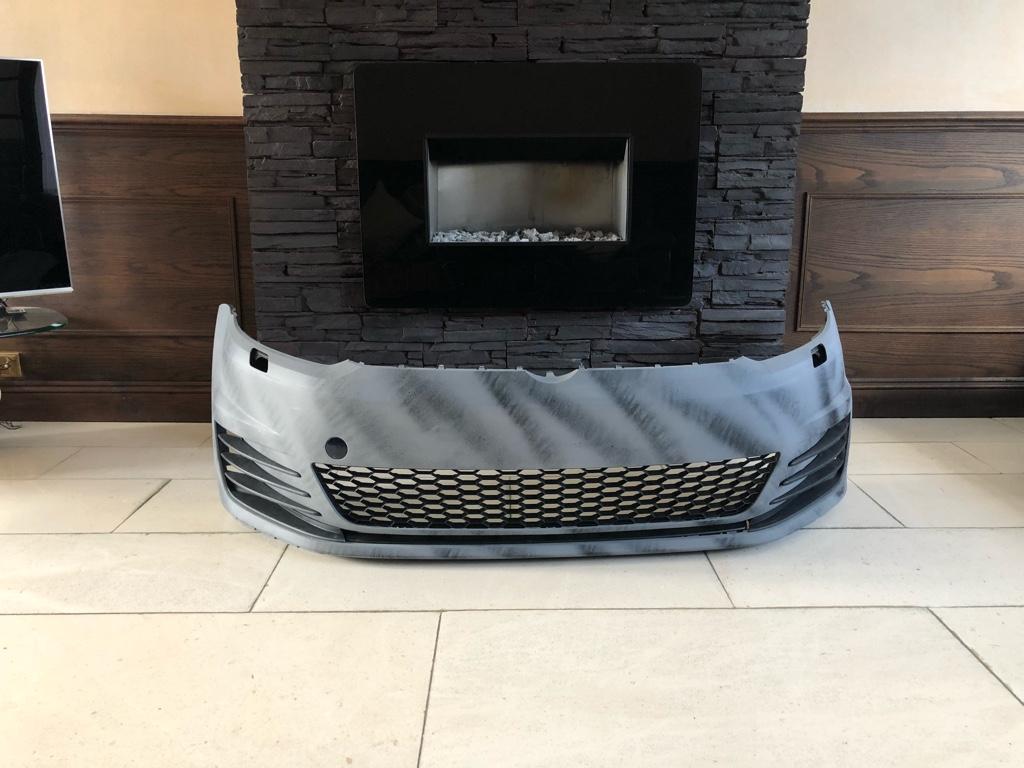 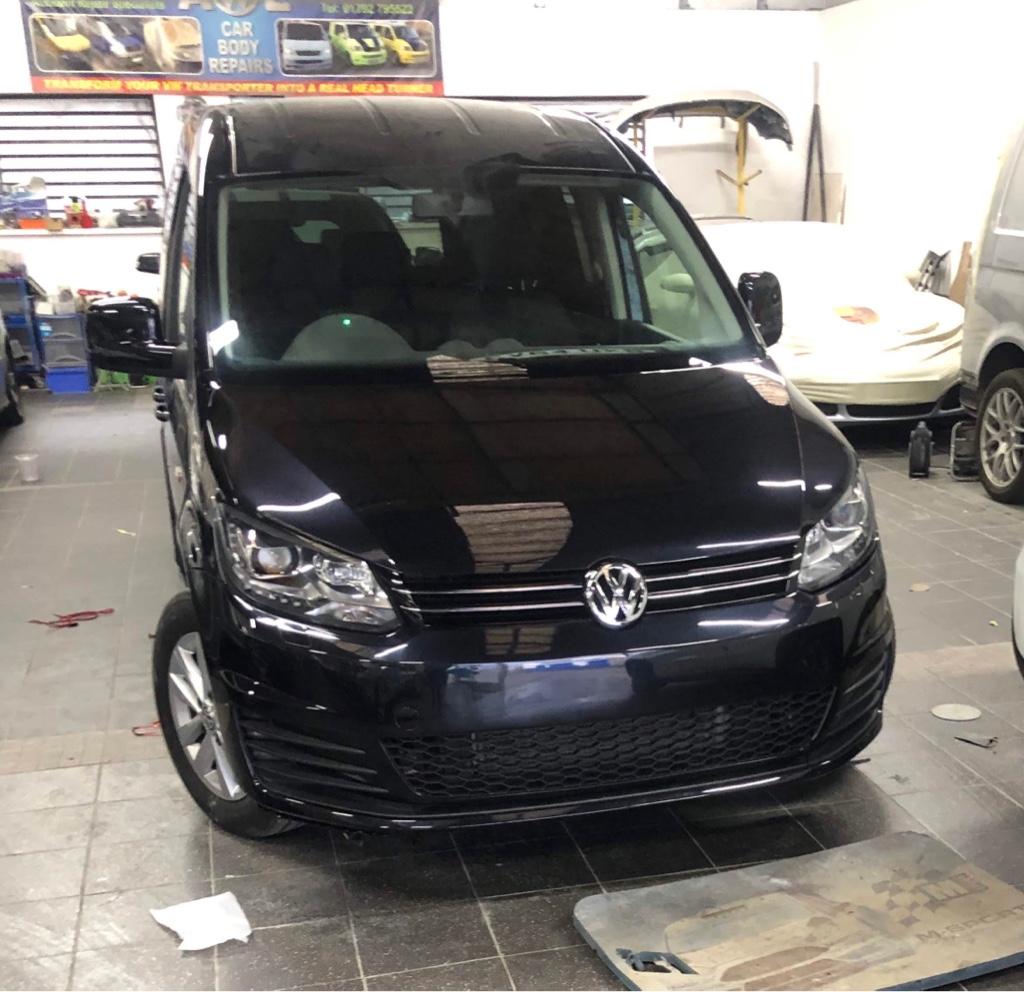 After being in the sprayers for about a month and a half I finally got it back, but I realised they’d done something to the oem speakers, they sounded awful and super tinny so they desperately needed upgrading.
But before I could manage this within weeks of having the van back someone came flying into the front of the van splitting the bumper and denting the wing, so back off to the spray booth for a couple weeks for repair 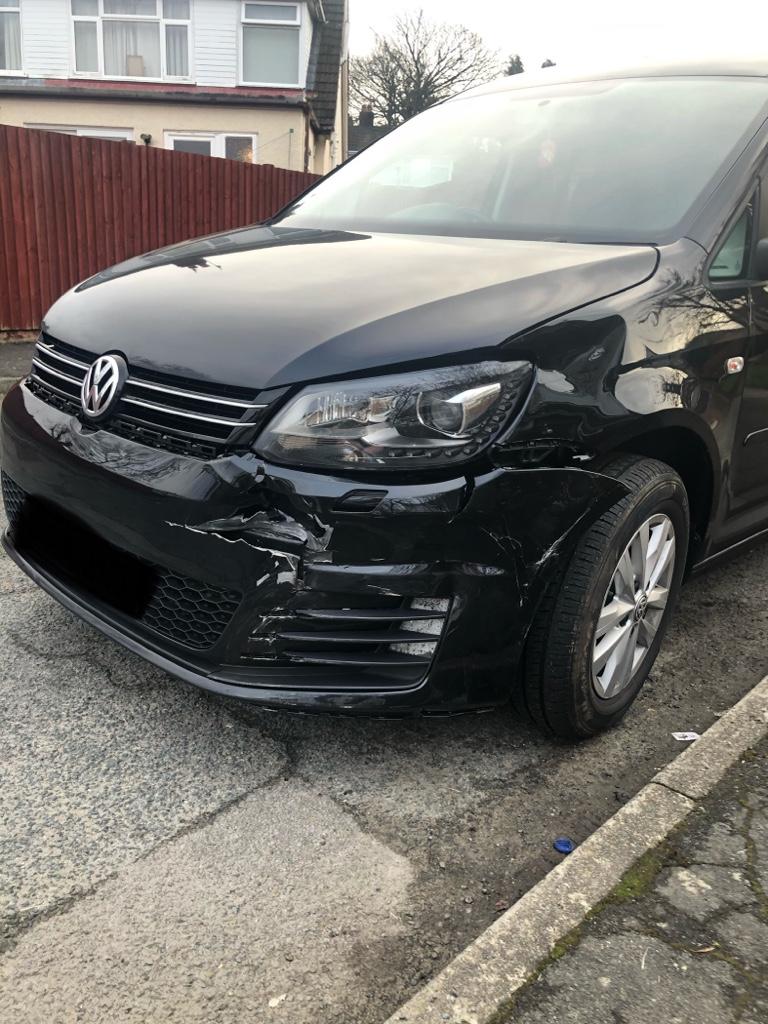 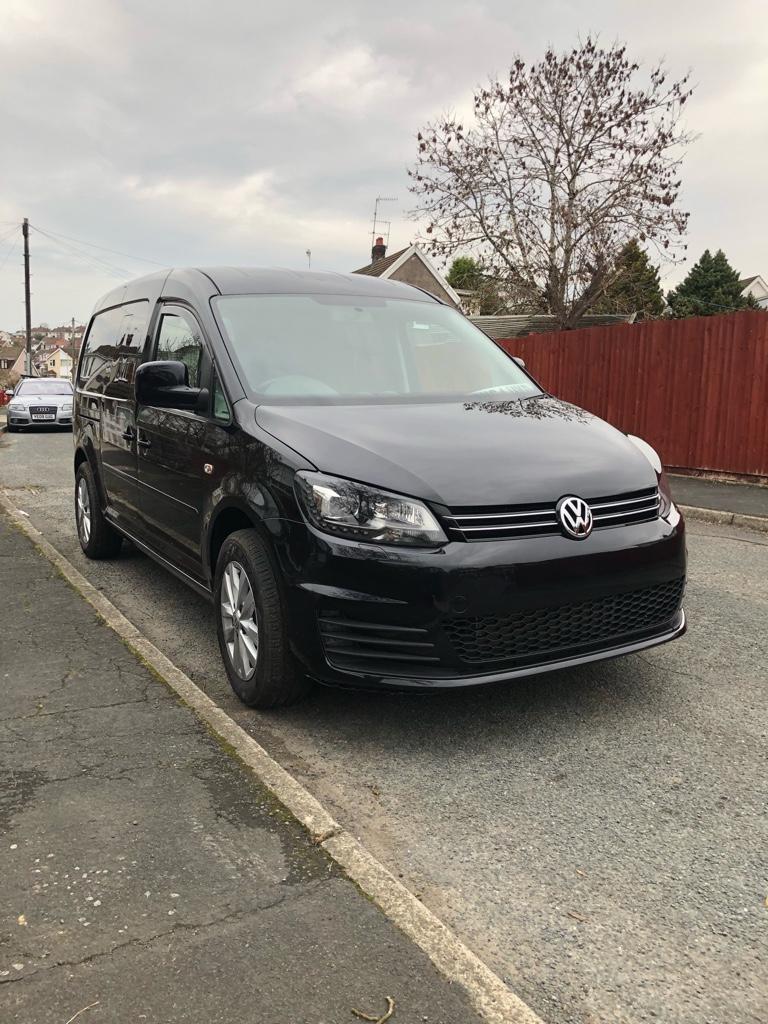 I spent a couple months searching fleabay for leather seats, waiting for some that were in good condition, I managed to finally find a set of Audi rs3 heated seats so I quickly snapped these up. 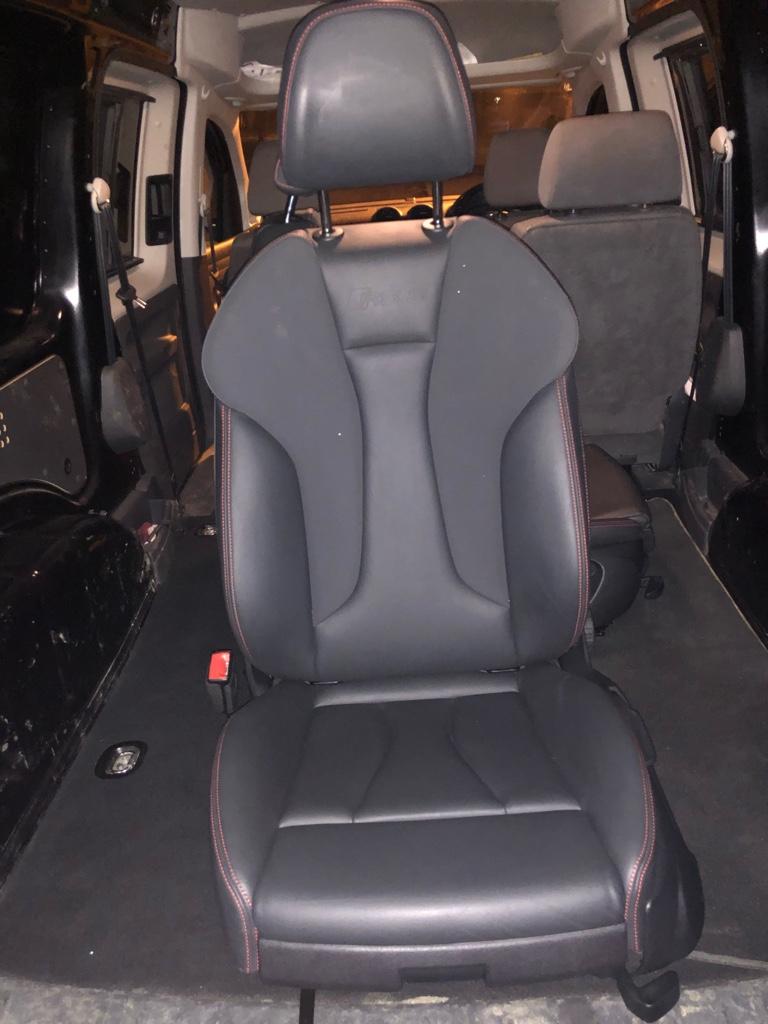 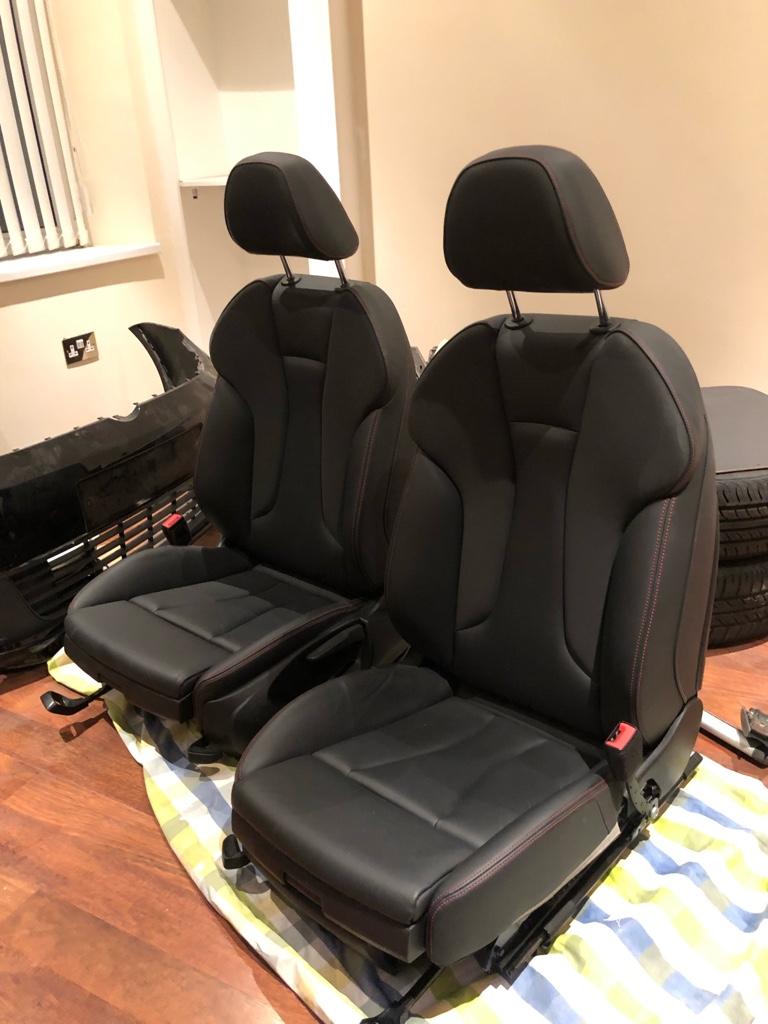 After I picked these up i needed some looms for them, so I messaged Stan-the-man (another caddy2k forum user) who was of great help and managed to make me some looms to plug straight from the vw loom onto the Audi seat loom. 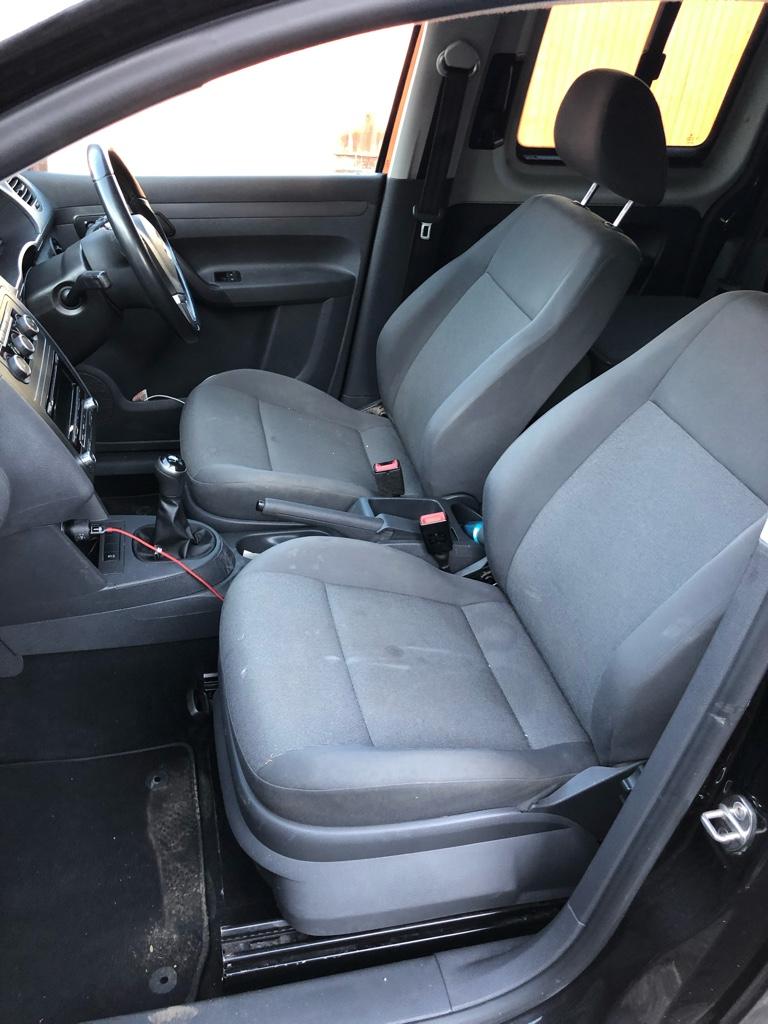 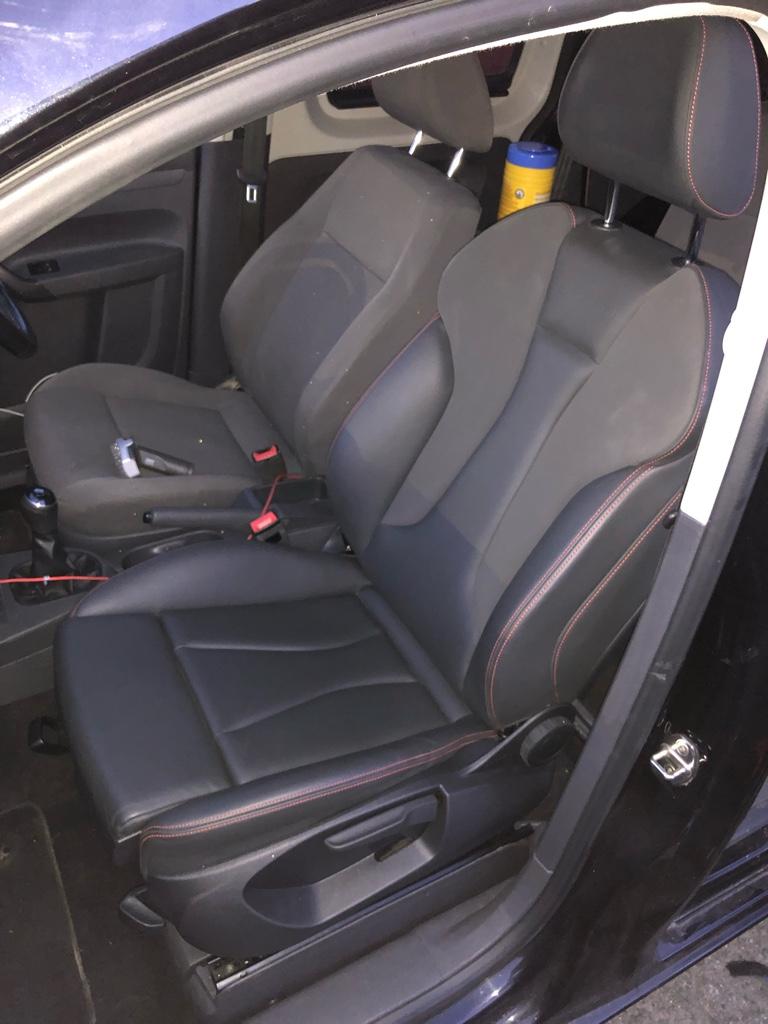 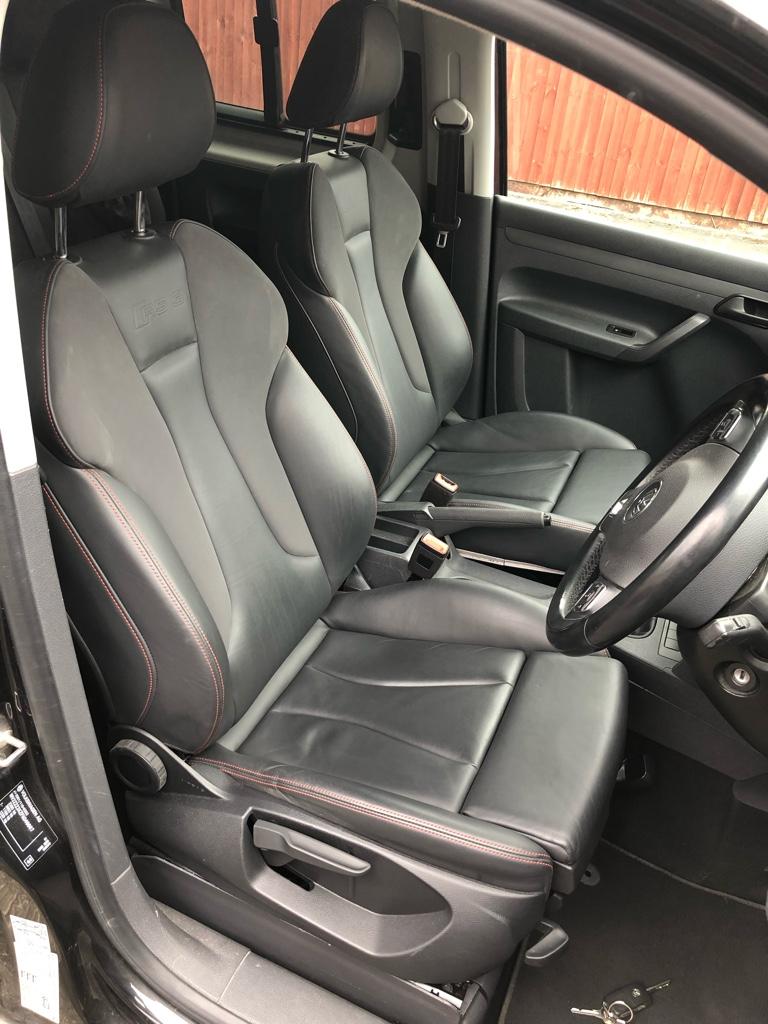 I was pretty stoked after fitting these they improved the look of the cabin so much, anyone that ever gets in the van always compliments them.

The next upgrade was facelift mk4 rear lights sourced from Julian green on Instagram. Can’t find any before pictures, but they are definitely worth the money such an upgrade in looks from the old nasty ones. 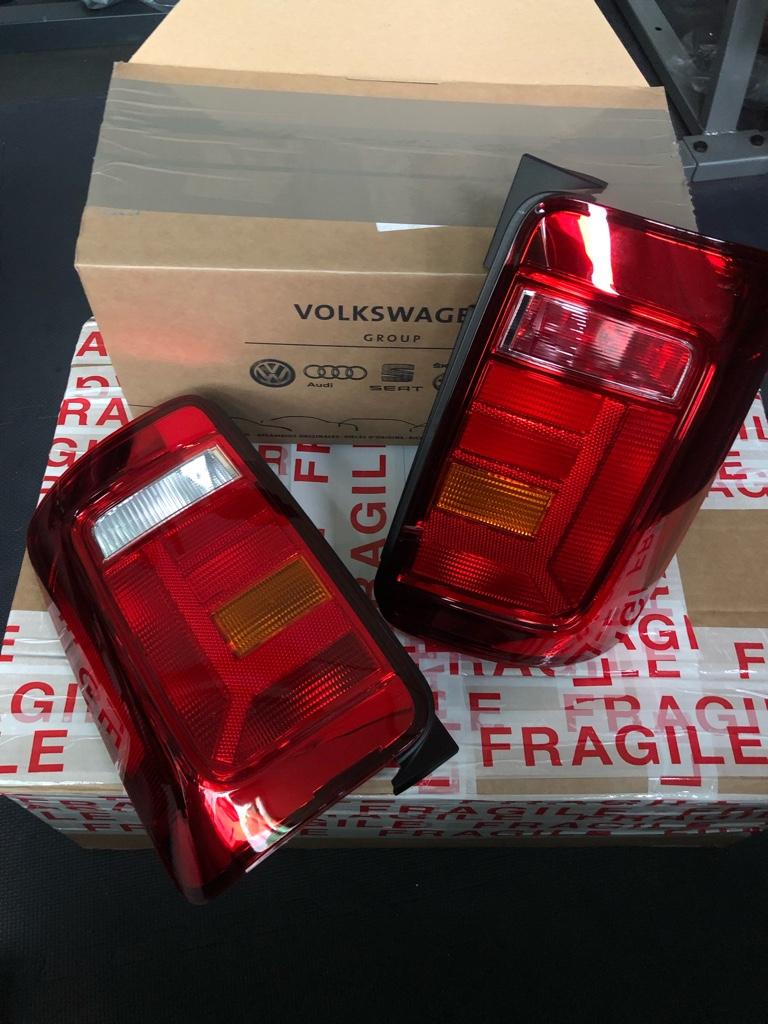 18.06.19. I also replaced the broken 3rd brake light shortly after this 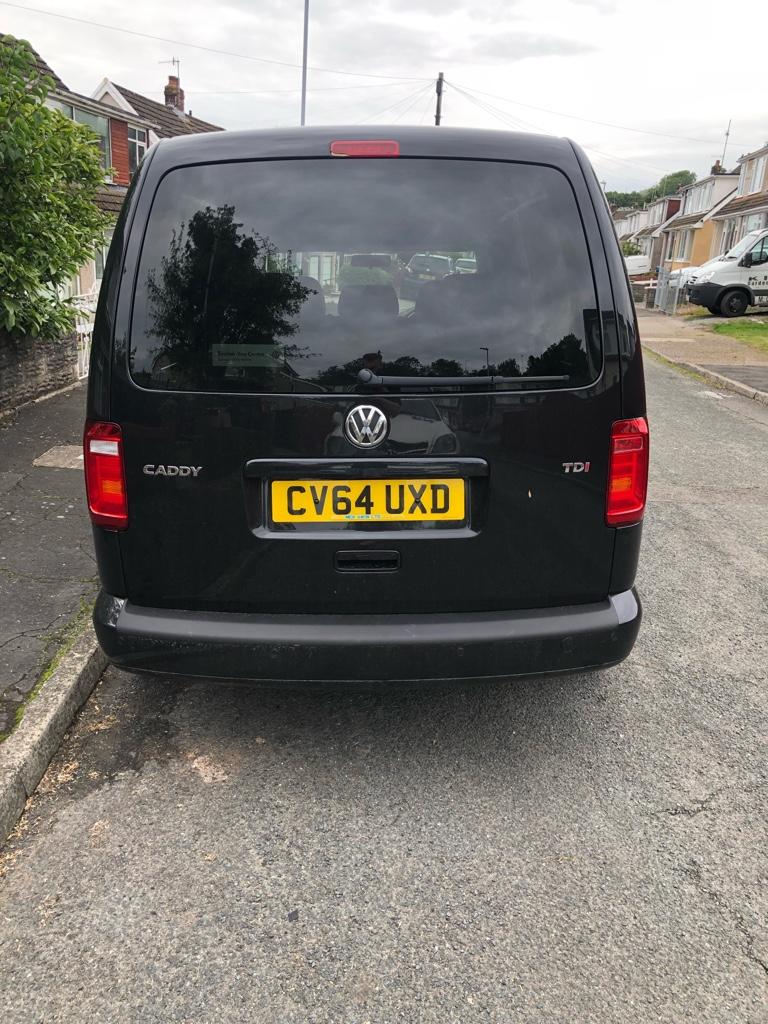 Re: The Black Maxi

After trawling the caddy forum for a while I noticed several people swapping the air vents for Audi ones, so I jumped on the band wagon as it improves the looks of the dash for very little effort 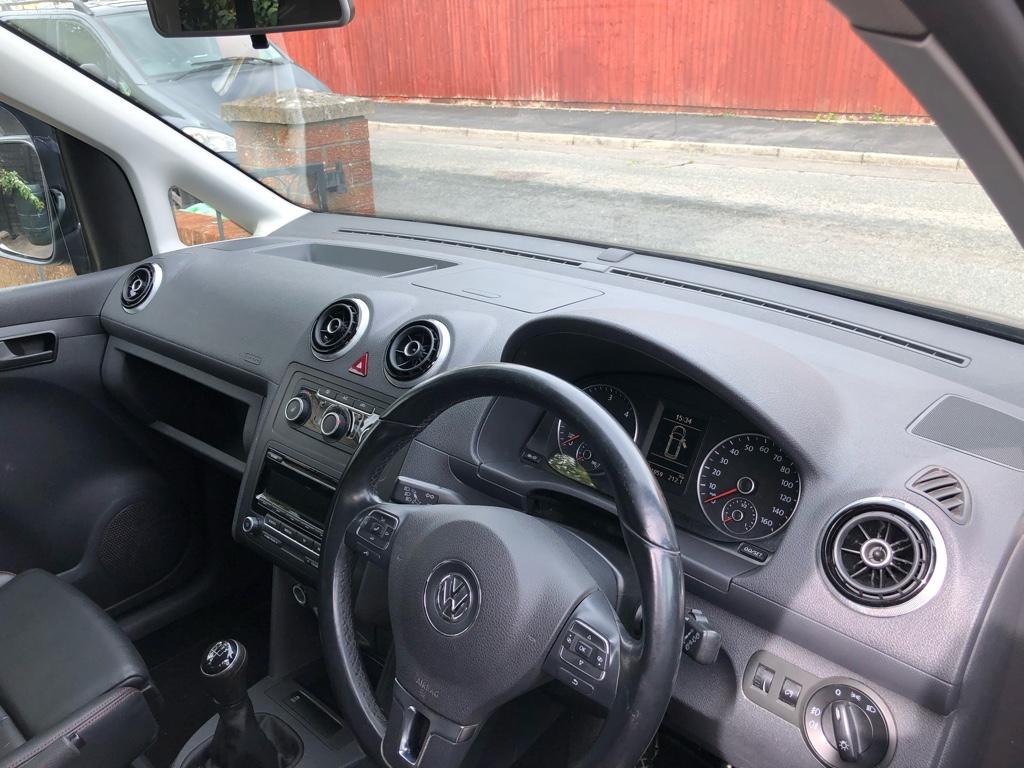 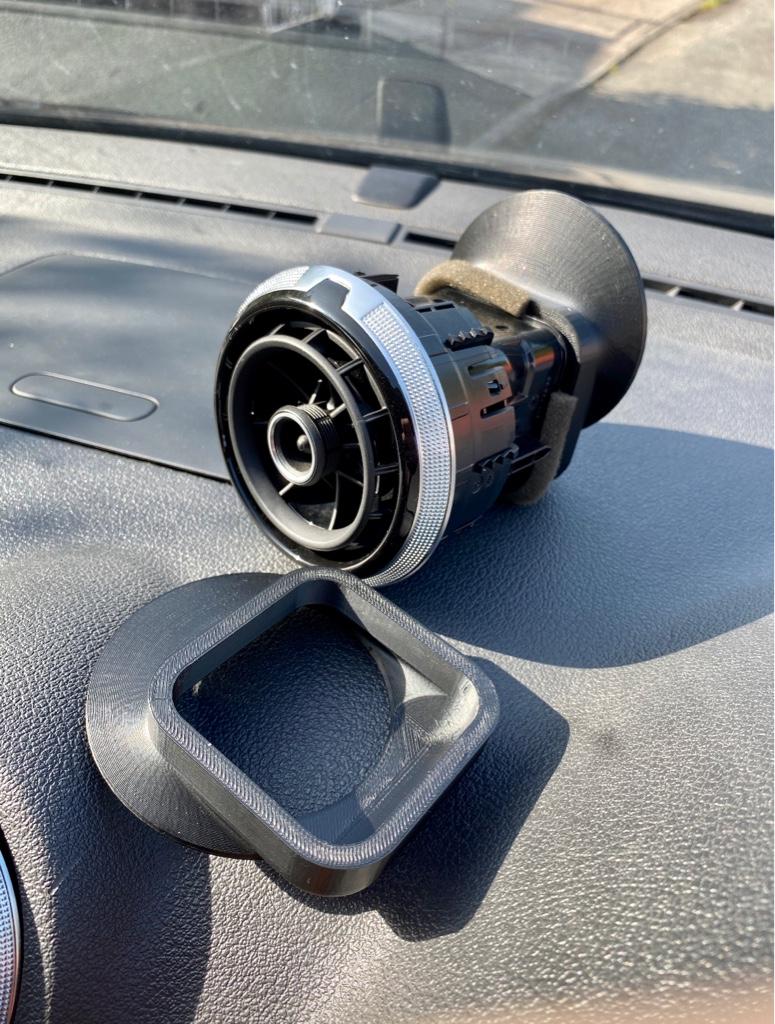 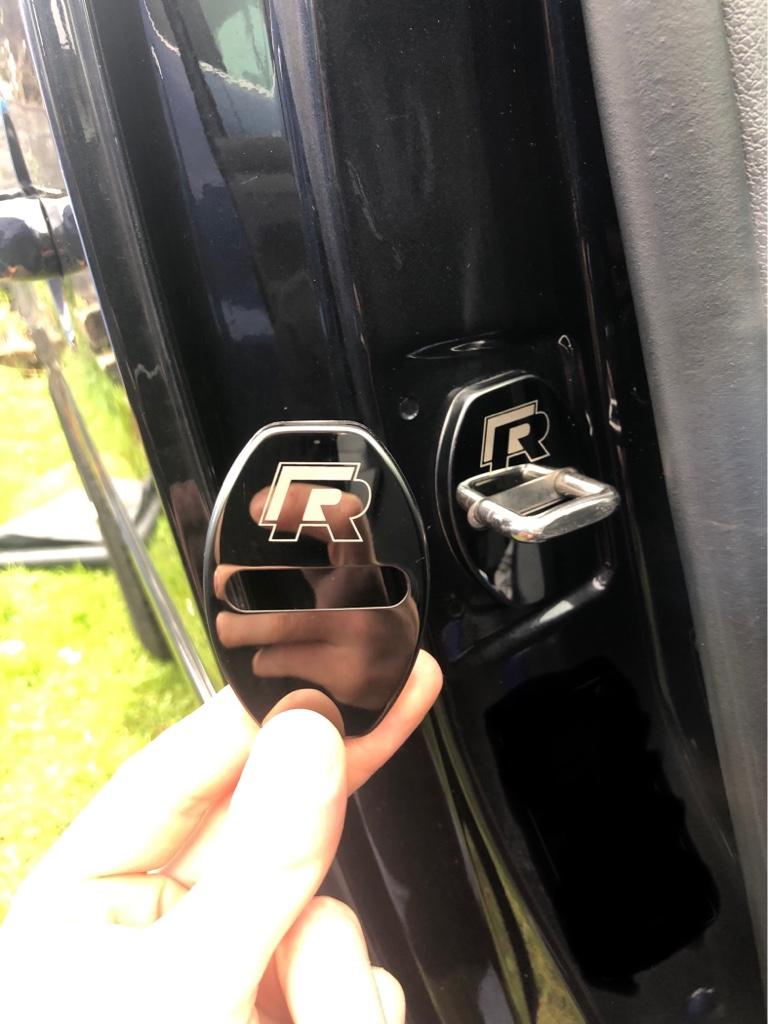 After driving around for months with some portable speakers on the dash it was time to upgrade the front door speakers nothing major just some pioneer front tweeters and door speakers. Whilst I had the doors apart I thought it was a great opportunity to sound deaden the doors to try and improve some of the cabin noise 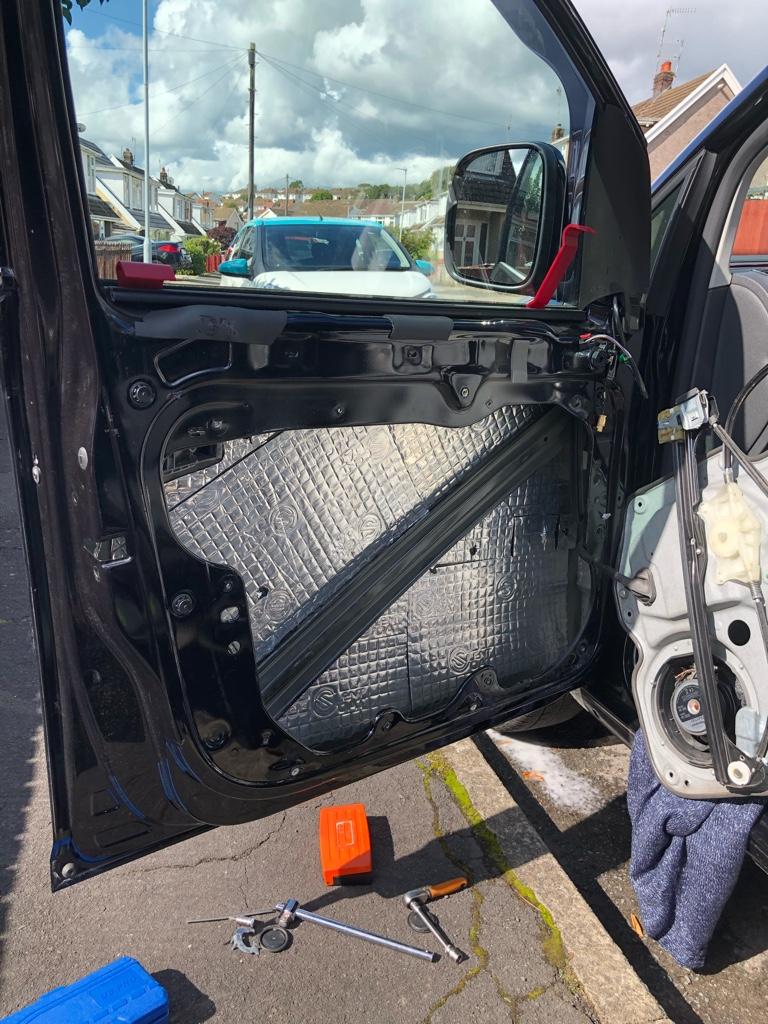 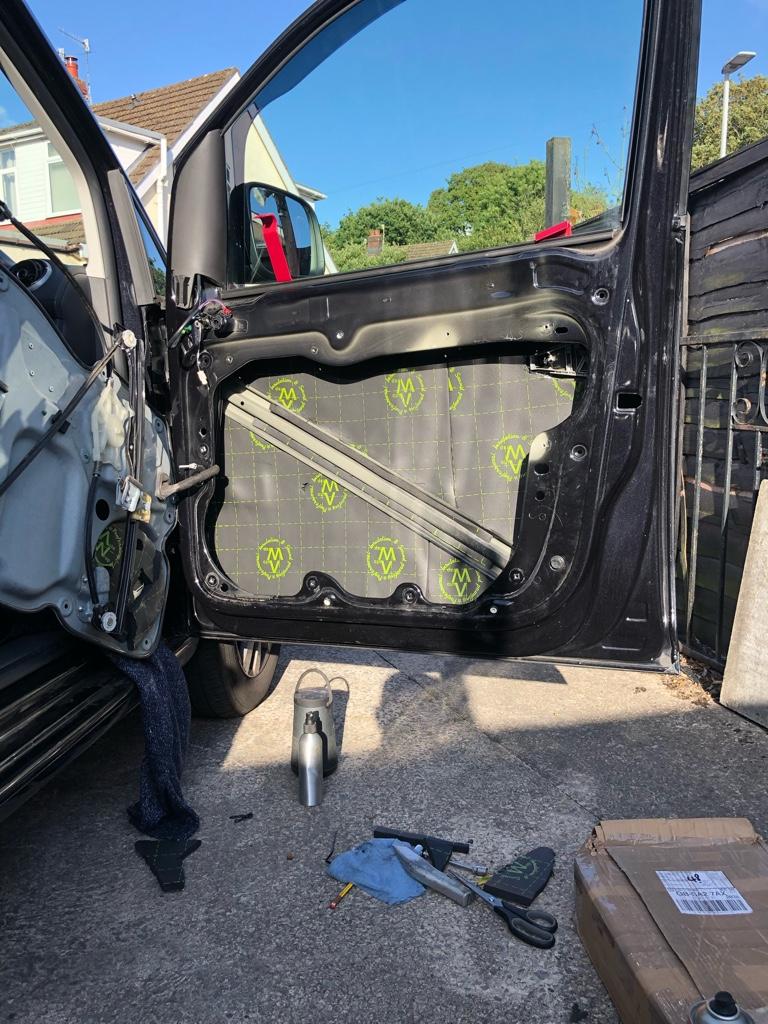 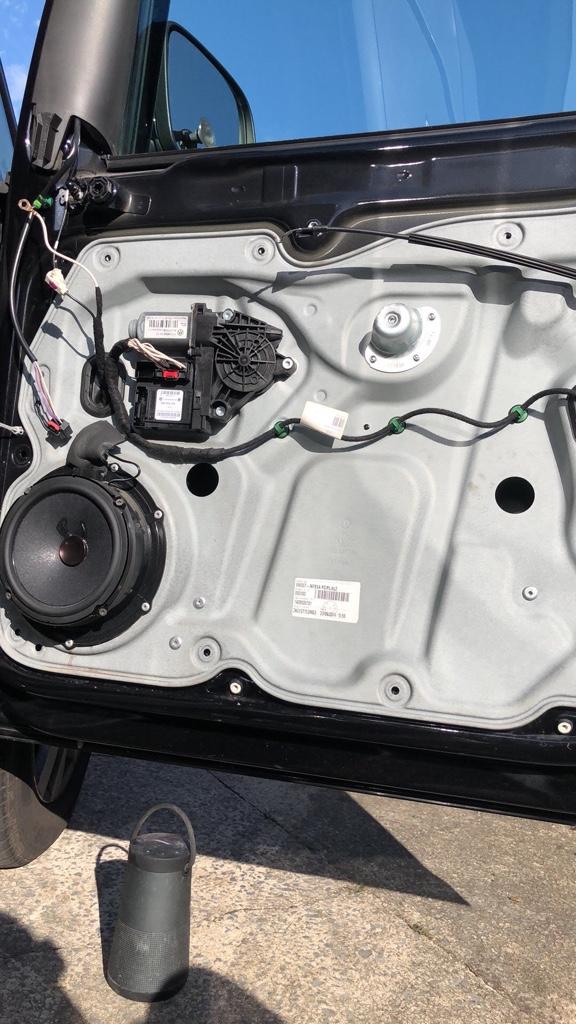 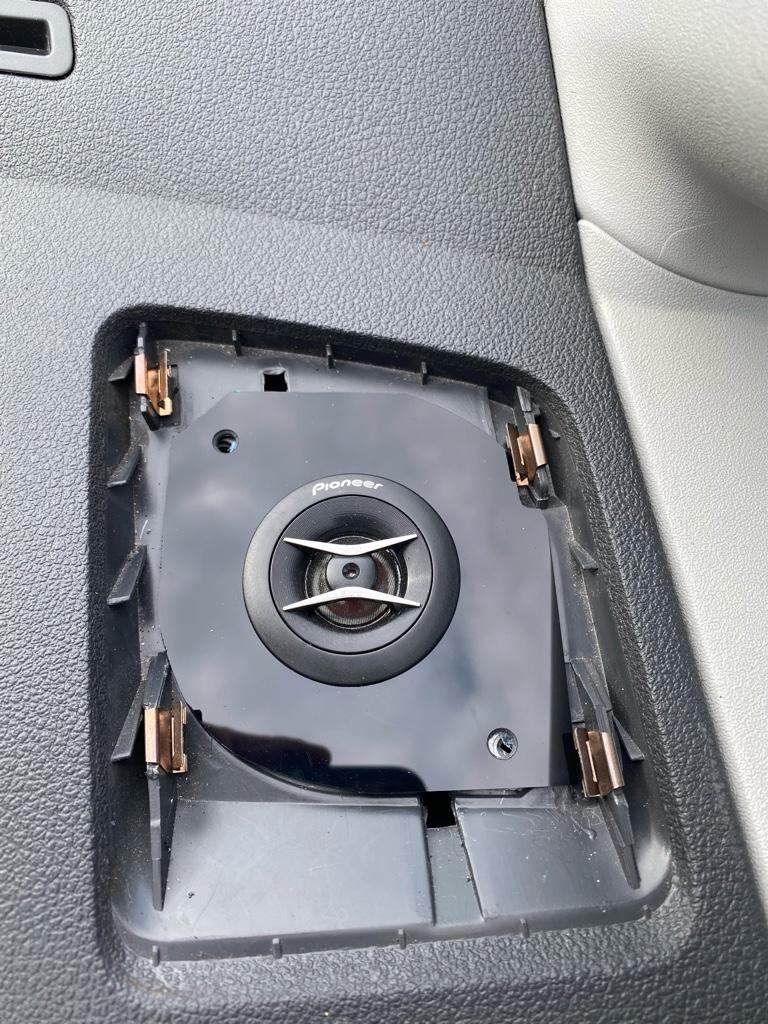 I then purchased an engine cover of fleabay for £40 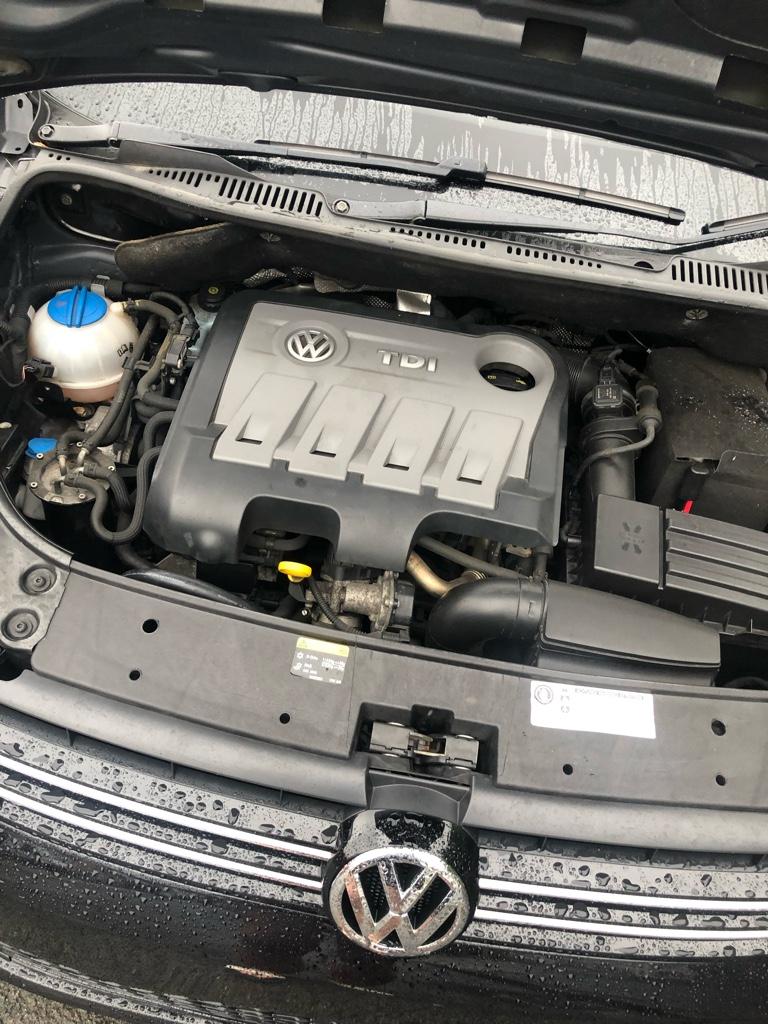 For a while I wanted to upgrade the steering wheel and lucky enough a friend was selling his carbon fibre one. I purchased a new surround as it was worn out. Only upon arrival did I realise it was the most over priced piece of plastic I’ve ever purchased at £100 i think someone’s taking the mickey 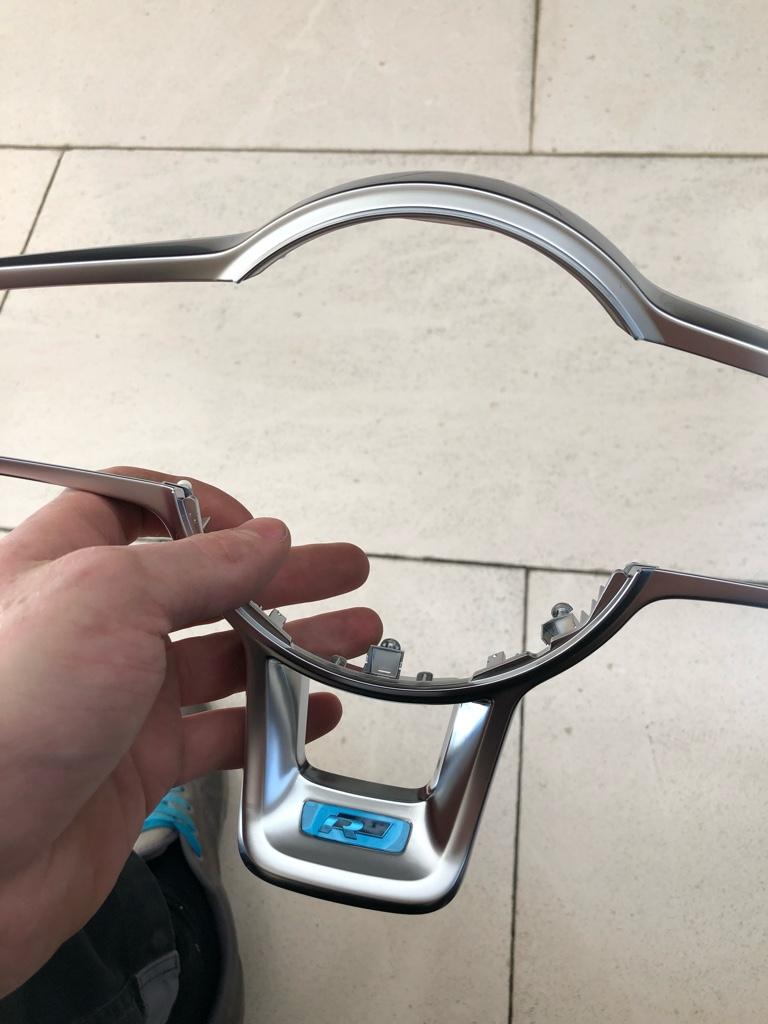 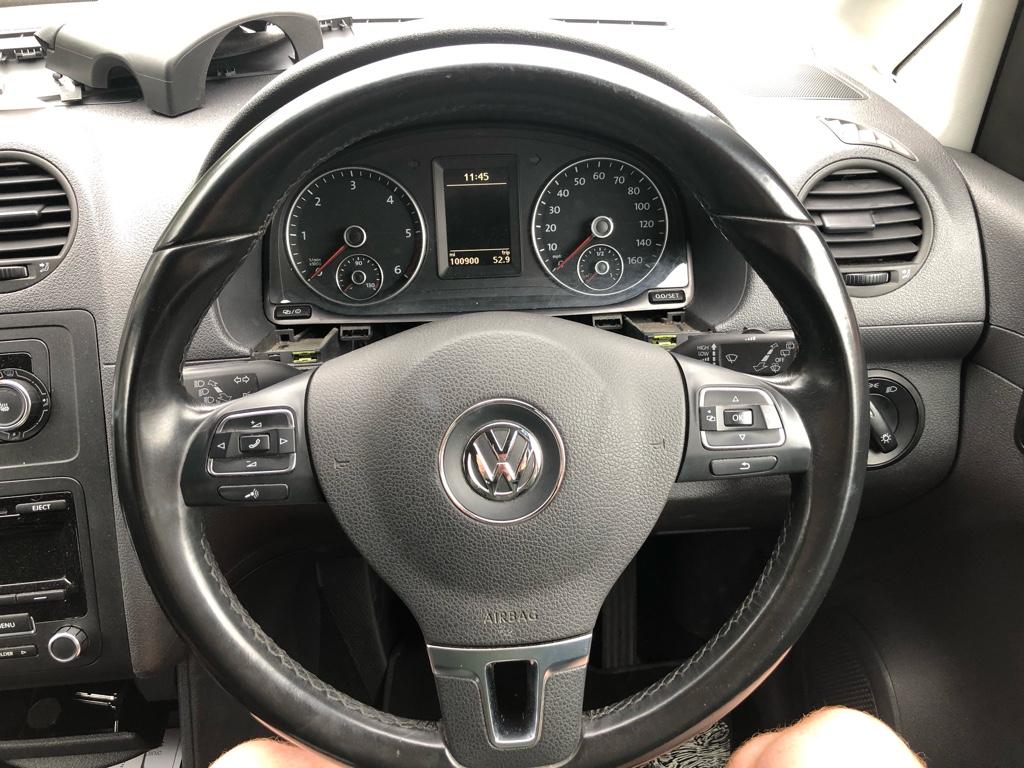 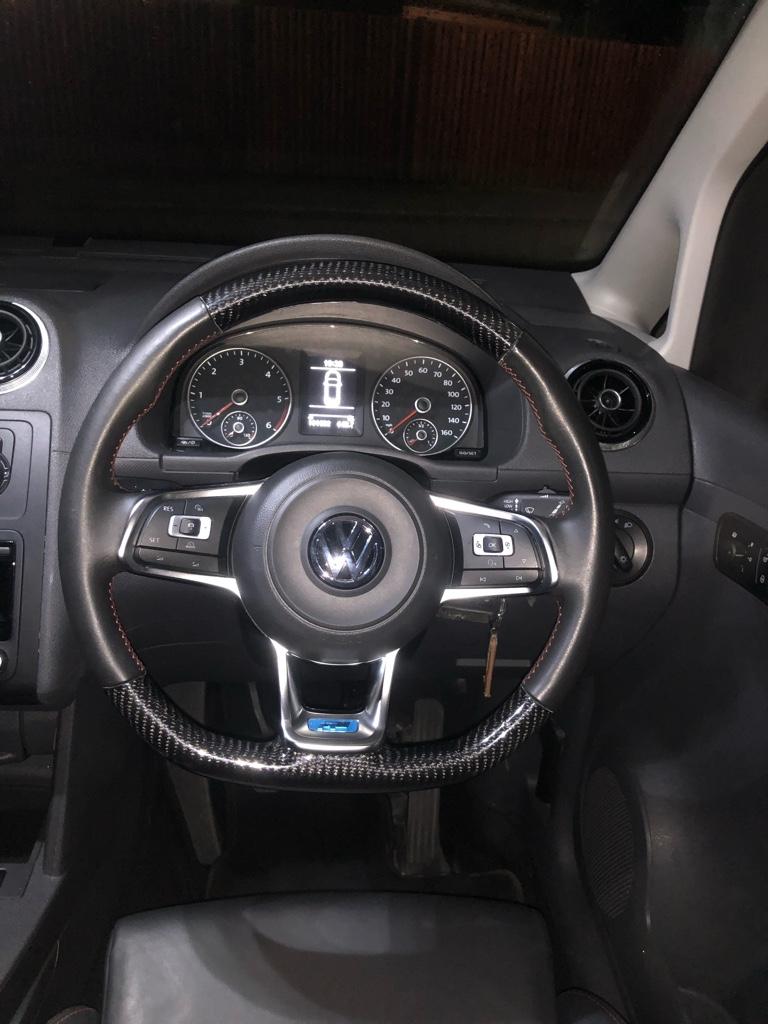 Once I swapped the wheels over I realised only a few of the buttons worked so straight back onto the forum where I found the MFSW thread and people using Spacewalkers module. After a couple emails between him and Doc and some pictures of the slip ring I had spacewalker send the module off to Doc where he’d solder it up ready for install once I met up with him. Whilst I was up with Doc he fitted/coded cruise control to the van as I knew from using it on hire vehicles it saved a tonne on fuel and would pay itself off pretty soon. It’s pretty much a must have these days anyway with all the average speed zones along the motorways, it’s going to save you getting a fine. I also managed to dodge a bullet as I posted some clocks on the forum asking for advice and as per usual Doc offered his advice and pointed out that the guy was over charging for these clocks, Doc pointed me in the right direction and told me to buy some of fleabay at a third of the price and he’d code and fit them when I was set to meet him. 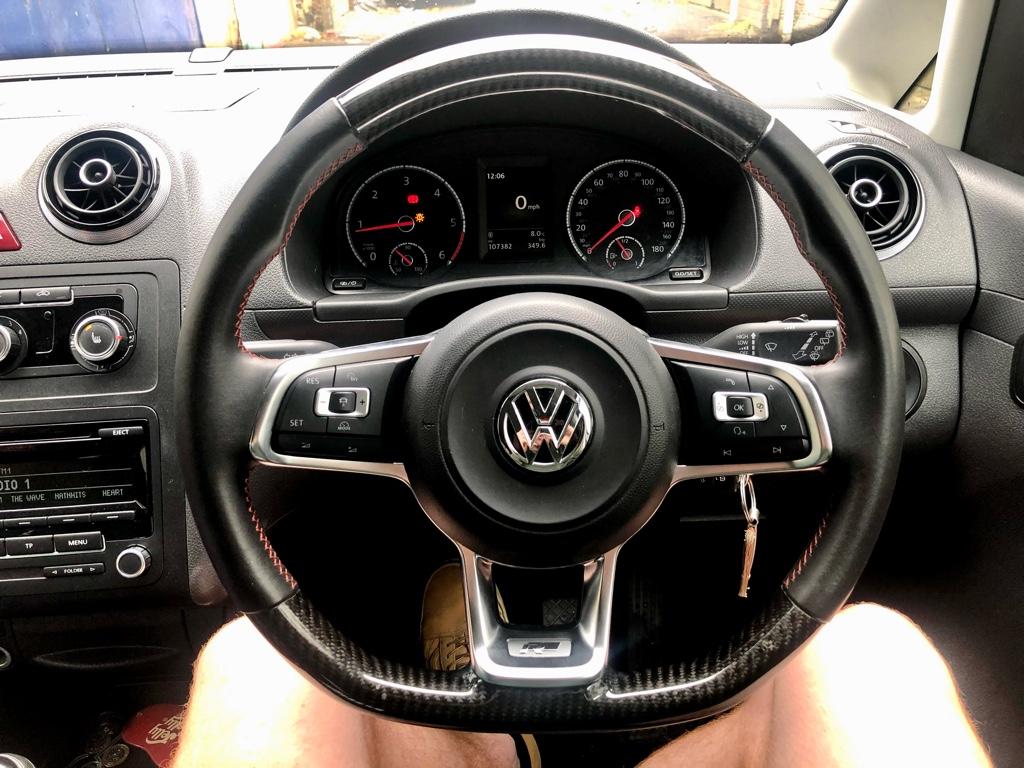 Whilst I was at Dubunit with Doc he showed me around his van and we even managed to go out for a little drive. As many people on here have said, the oem+ look of the vehicle is phenomenal and it truely is a refined caddy with all the work he’s put into not only the engine but the interior as well.

After going for a drive in Doc’s caddy and seeing the workmanship he put into it I thought I definitely have to get one of these. I spent months searching auction sites looking for an engine or a suitable donor car, even taking a 5 hour trip up to Manchester to buy a golf r only to be greeted by some lovely men in balaclavas trying to rob me 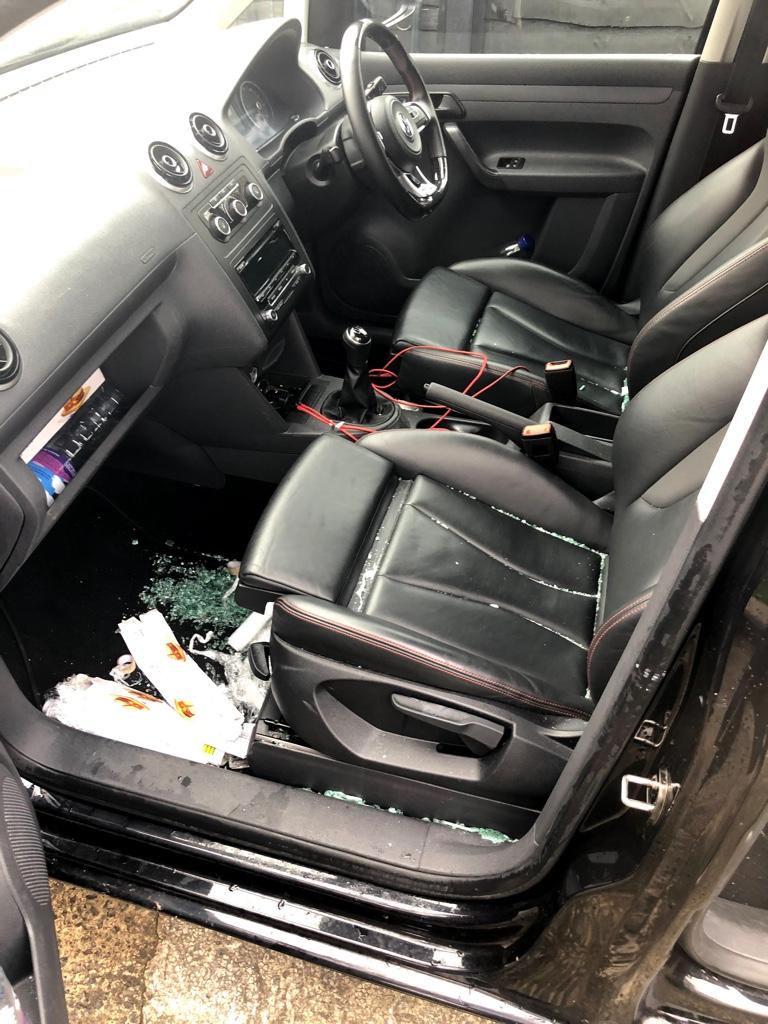 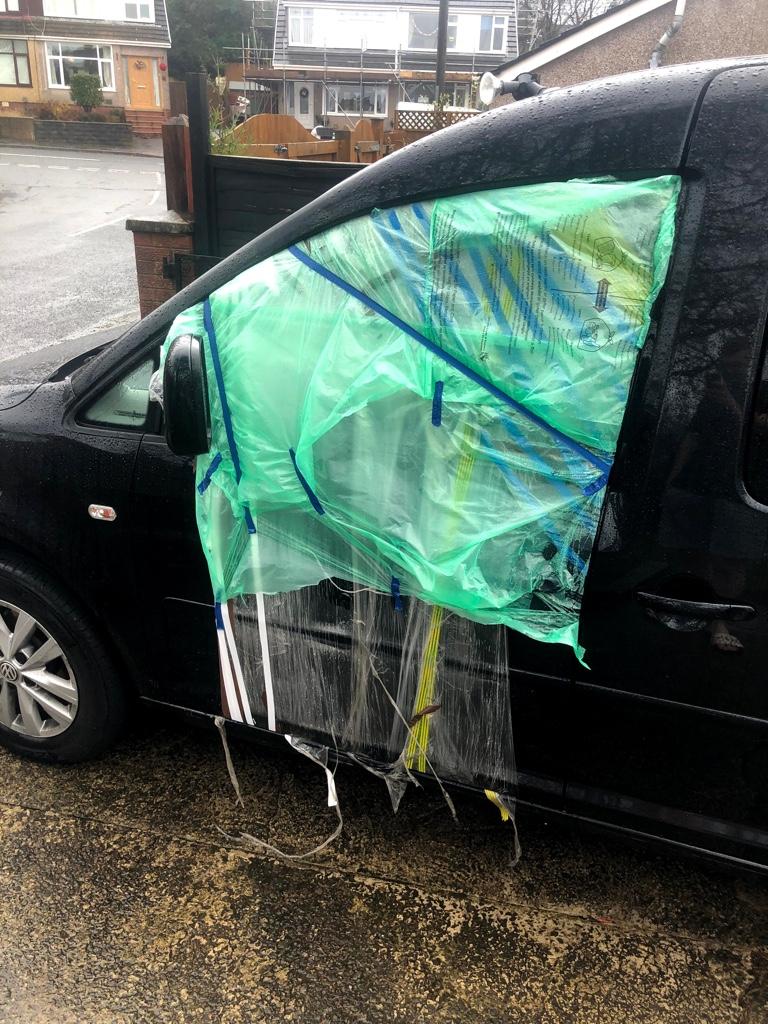 Finally came across a mk7 GTI engine for a sale up in Manchester again, so I done some checks to make sure I wasn’t walking into the same problem again. 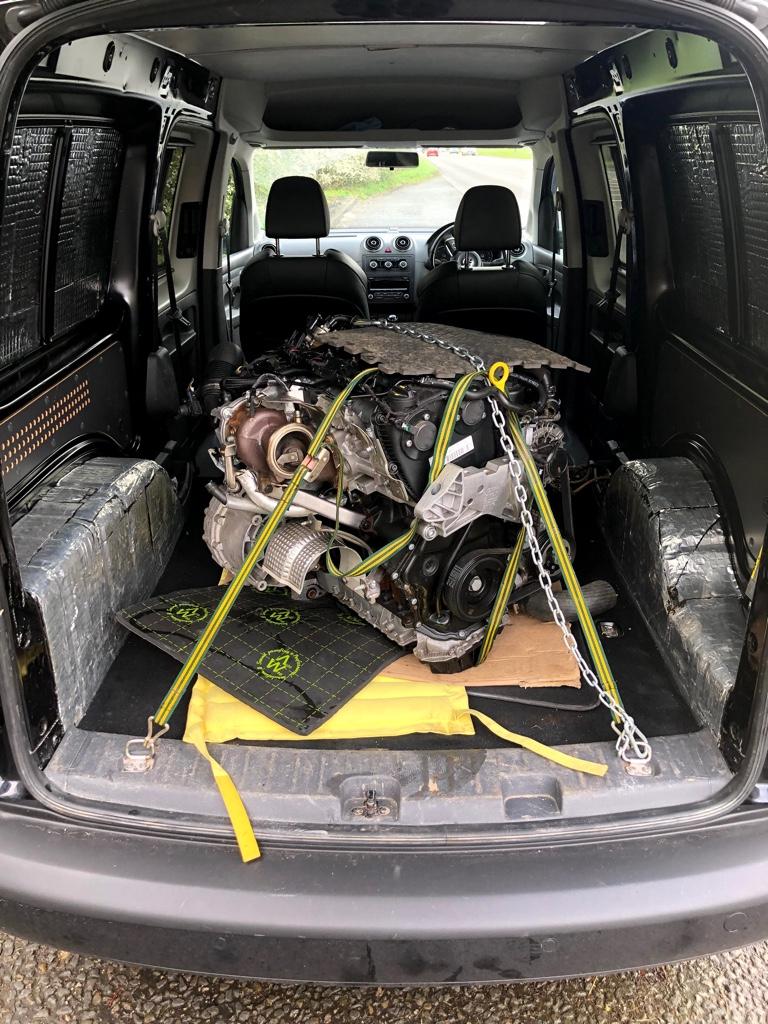