Been lurking here for a while but I thought I might as well sign up and post a few pics of my new to me Caddy. Community seems pretty great here so looking forward to spending a bit of time on here!

I just picked up a 2011 Ex-BG Caddy with plans to turn it into a bit of a Camper. I bought a Vito a couple of weeks back but after a few days on the road, another van decided that he wanted to drive into the side of it!

So whilst the insurance sorts all that out as it is no doubt beyond economical repair, I picked up the Caddy.

Its in overall pretty good nick, its had a couple of injectors replaced and a fresh timing belt and water pump. Its had some dodgy bodywork on the rear arches but they are generally presentable. The only thing I've noticed so far is a small knock on harsh breaking from the NSF. It needs some more investigation but I am pretty sure its some old bushes.

Its been a good driver so far though, I picked it up from Banbury and immediately took it for a weekend in Bradford without a hitch. 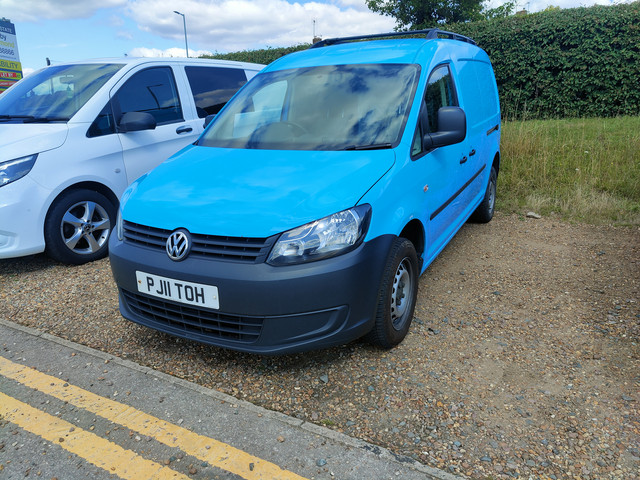 Haven't done much so far to it yet as I am off on holiday in a couple weeks but I have started by taking the front seats out and giving it a good clean top to bottom. It was pretty bad down the sides/behind the seats and I gave every bit of plastic in the cab a going over!

After that, I noticed the A/C wasn't as cold as it should be so I regassed that and removed the economy box whilst I was there 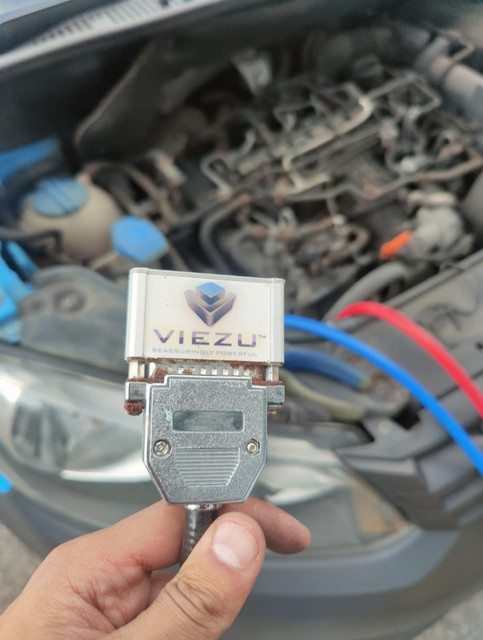 I've been stocking up on materials so as soon as I am back, I plan to get the back all insulated and carpeted. After that I'll remove the bulkhead and get building!

I've edited your picture links, so pictures are embedded in the message and everybody see them.
To do correctly you need to click on the 'Embedded Codes' at the bottom of the image, copy the 'BBCode' and paste it with your text.

Welcome to the forum mate, sounds like some great plans you’ve got for your van. I’m an ex BG owner too, had mine 4 years now and I love it! It keeps me skint though.
Sorry to hear about your Vito, hope you weren’t hurt.

@Giddy
Cheers mate, thanks for the help

@the swan fiend
Thanks for the warm welcome. All good after the accident, I guess it got me into the Caddy though, so silver linings and all that!
Last edited by Giddy on Wed Aug 25, 2021 5:38 pm, edited 1 time in total.
Reason: removed the quotes, added username tags
Top

Yeah, having a caddy in your life is definitely a good thing mate. I would be without mine now!

Welcome to caddy 2k and the EX BG skint club

As Peter has said I don’t think I could give mine up now.
Are you planning anything on the outside side or just doing the camper on the inside?
Ex BG 2011 Caddy maxi VR6 3.2 engine standard 237 bhp

I’ll second the skint club bit. Better start getting inventive when the wife asks how much you’re spending.

Cheers for the welcome, I want to give the bumpers a colour code and repaint the bonnet. I might do a 7.5/Touran front bumper, I haven't really decided to much yet. Aside from that will be lowering it on some nicer wheels!


Update wise, I purchased an Android head unit with Carplay/Android Auto, dash cam and reverse camera add-ons so got to fitting that this weekend.

Overall a good package, excuse my grubby fingerprints all over it! 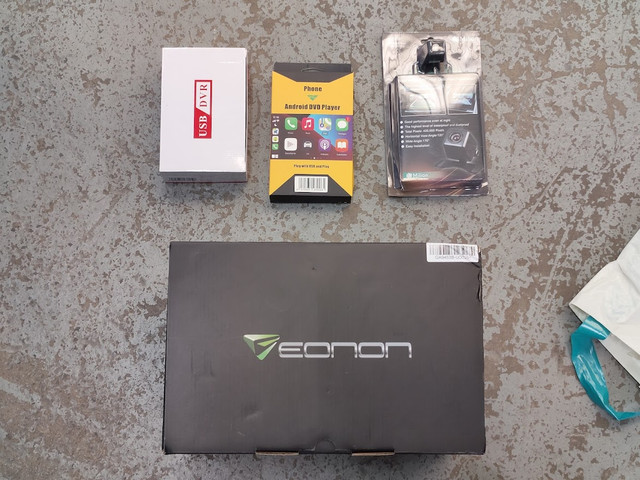 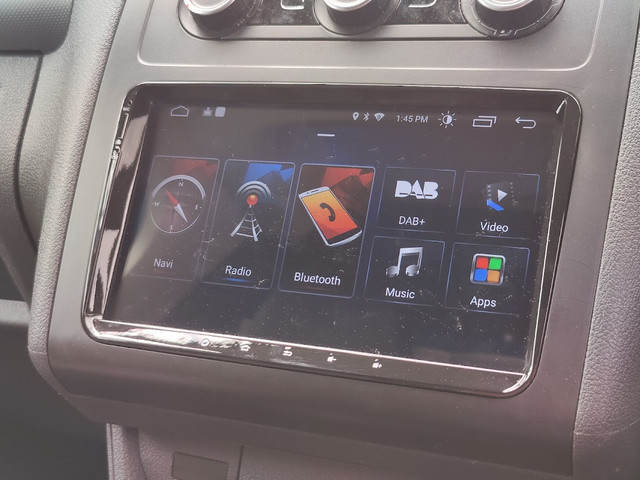 A car status one, I'm guessing it reads all this stuff through the canbus. The mileage is wrong but not that fussed 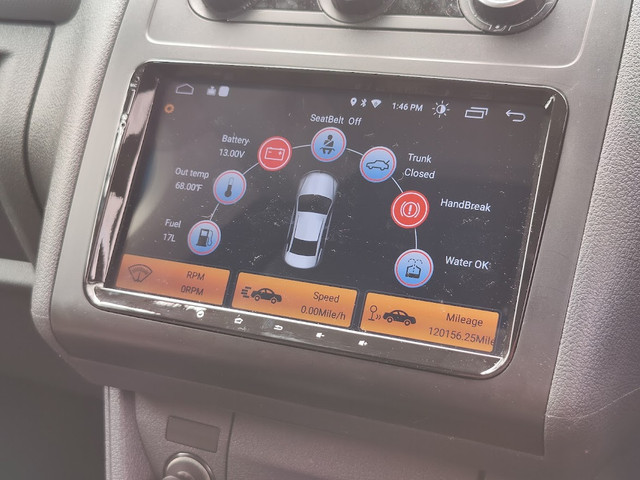 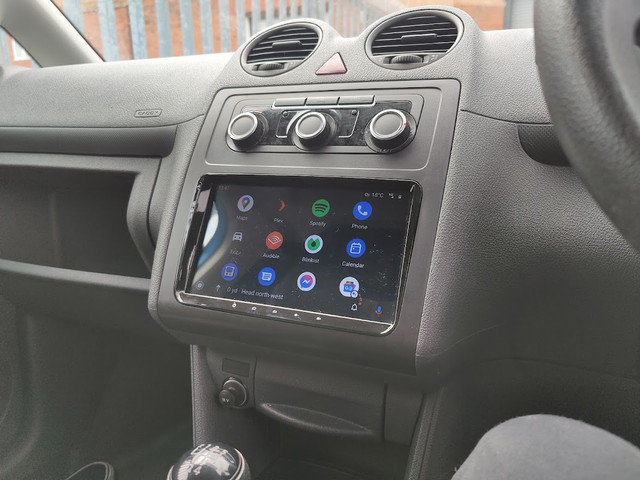 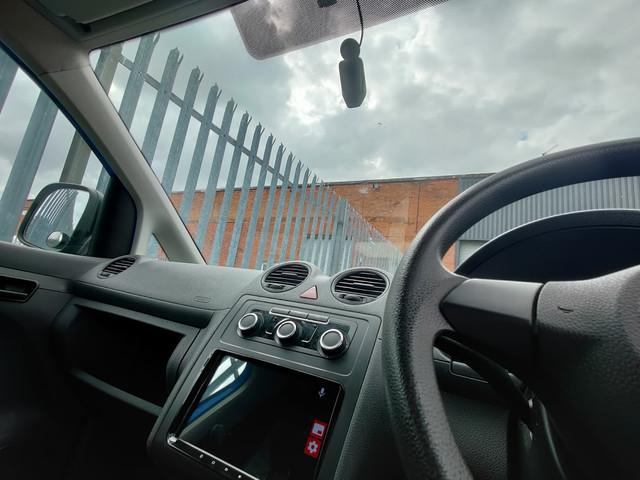 So I had a bit of good new and bad news this week with the Caddy.

Good news is that I have my pay out for my Vito and it ended up being 5 times what I paid for it!

Bad news was I had the low coolant warning come on Monday evening, I topped it up and didn't think about it however on Tuesday it came on again. I filled it back up and it came straight back out onto the ground. I poked around the expansion tank and the coolant pipes but after jacking it up I could see it was coming from the water pump.

I bought it with a receipt for the timing kit and water pump being done from a well known specialist so very frustrating to say the least!

I took it to my mechanic however thinking it might just have failed however on inspection, the timing belt kit and water pump were the originally installed parts from when the van was new!

He also changed both front wishbones as that was the source of the front knock. So all in all a very expensive week!

See below images of the removed parts: 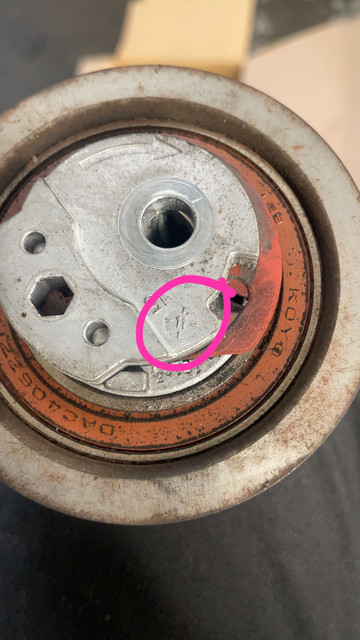 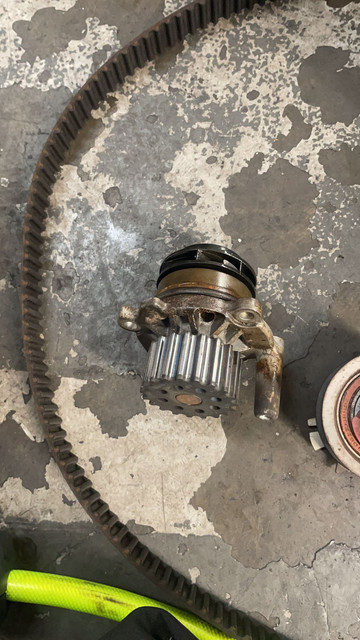 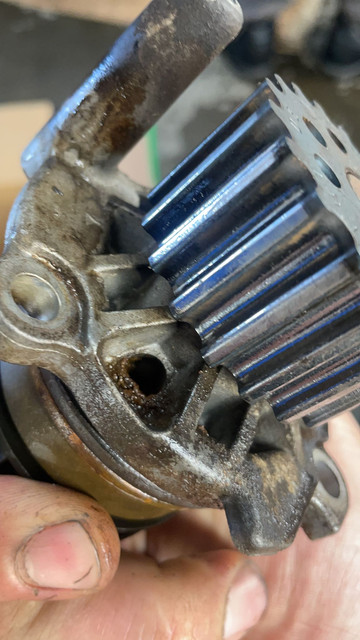 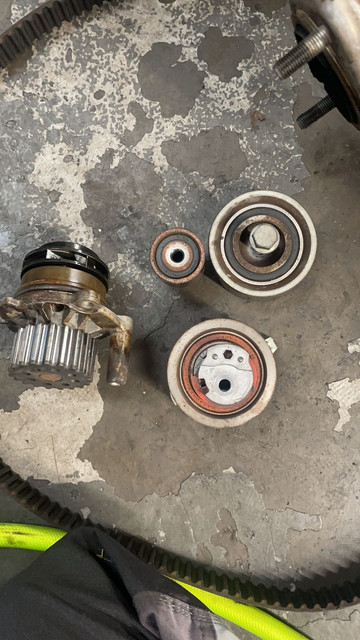 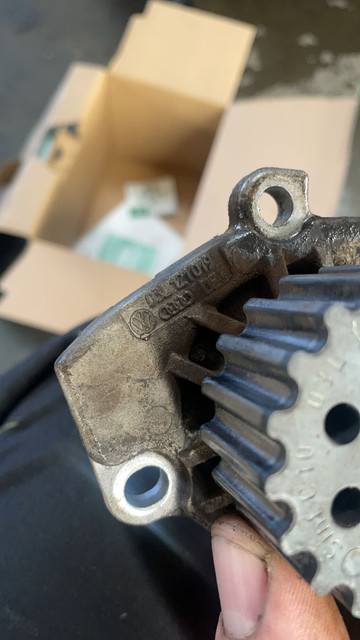