Eye'd a nice Caddy?
Maybe a member off the forum
What, Where, When in title please.
Post Reply

Very tasty caddy on the 42, Ashby to Brum.
My anxiety was through the roof watching how close the (Intermotiv?) Panhard rod mount was to the road.

I’ve seen this on Instagram belongs to a lad called Chris Bryan, looks very nice.
Totally agree with the panhard rods on the intermotive setup, very scary. That’s one of the main reasons I’ll be going with the ABP system when I put mine on air, as the rear end would be ripped off within a week on the roads round here.

It looks like it would Chris, but it wouldn’t

They do look very close to the ground and I was very concerned at first but in 18 months mine has never touched a single thing. Bumpy farm tracks, speed humps, potholes, general everyday driving.....nothing! And my van is fully loaded at all times as most of you know.

The 4 U bolts which hold the axle to the arm are the closest thing to the ground and I’ve purposely left them protruding long out of the locknuts (I did initially want to cut the excess off the bottoms) so I could see if they got scraped on anything. They also haven’t touched a single thing to my surprise.

This set up has only been that low since the revised round tube arms were used in place of the square box arms which had notches cut in them that all subsequently cracked and bent because they weren’t strengthened in the notch (terrible and very dangerous design). The axle now sits ‘on top’ of the round arms where it was originally designed to sit ‘in’ the notch of the square ones. This makes the trailing arms and its bolts and the o/s panhard rod pick up point sit much lower to the ground than they did with the box arms and the O/S panhard rod itself now sit at a different angle to what it originally did.

Despite the worryingly low look to the rear suspension, the handling and feel didn’t change at all after I changed to the revised set up so it’s still a million times better than a floating axle.

I spoke to intermotive about my concerns regarding how low it was since the revision and they simply weren’t interested in finding a fix. I’ve since got over it and no longer give it a thought when I’m going over speed bumps etc because if it was going to hit anything it would have happened by now.
Instagram: @y_5cuf
Top

Yea, it was @Chr15_2k on Instagram.
I had a chat with him via DM last night.
I think he might be swayed towards some more power now.

@Barbel330 is the OS panhard mount on the trailing arm/beam or the chassis side? The rod looks to sit downward left to right so I assume it's the arm/beam end. For me, at your ride height, the panhard rod should really be as close to parallel as possible to the chassis.

Yes it should, and it was before the trailing arms were changed.
Instagram: @y_5cuf
Top 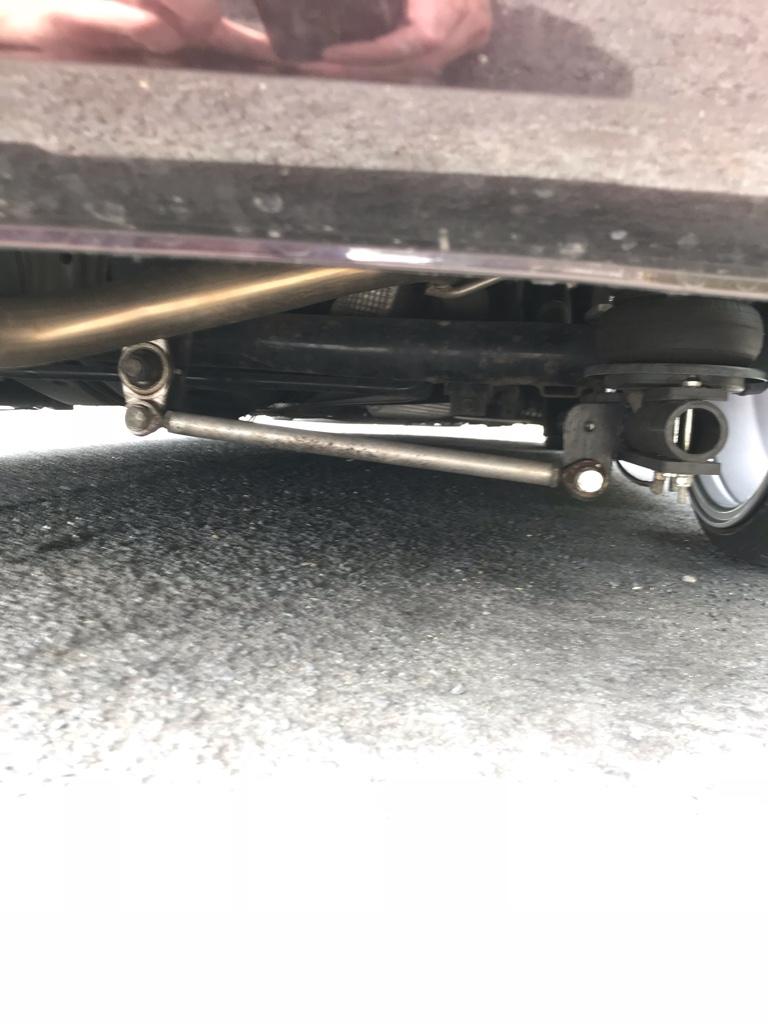 Ah ok, my mistake, I assumed panhard rod but it's actually a watts linkage.
That's still quite low but I understand why now.
I think if you were to run over something that that is gonna hit, your subframe and front wishbone will have cleared the way for it. Unless it's something layer parallel to the direction of travel your wheel will probably ride up on it and provide you with the necessary ground clearance.

Yes I think that’s exactly why it hasn’t hit anything Doc.

I was thinking of mounting the rod up into this top hole to try and level the 2 rods up, then cut the lower tab off. That still leaves the bolts as the lowest point but again, they’ve never hit anything to date so I’ve just left it as is. 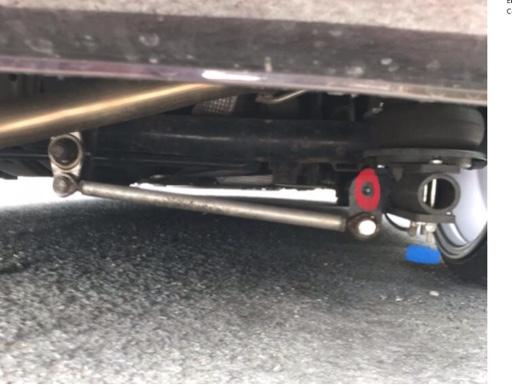 That's definitely not an option but as you say adjustment probably not necessary if you've put a lot of miles on with no issues.
There is a reason for the mounting points being off the centre line of the axle, one up, one down. The offset of both ends has to match perfectly with the centre to centre distance of the centre pivot. This distance governs the total distance the suspension can travel up or down.


I have genuine VCDS Hex V2 & VagCAN Pro for any of your programming needs.
Top
Post Reply