jlaamweise wrote: ↑Mon May 21, 2018 9:05 am Regarding the stitches and steel awning - I have actually sent mine back to them.

The quality is unquestionably very very good, but the fitment just isn't great for a caddy.

Shame, as I could have got a lot of use out of it, but it just flaps about to much imo.

Plus being a wetsuit material, it's like a sponge in the rain. Takes a good while to dry out.

Yea it's a great design, but I too was skeptical about the neoprene material.
I had actually been in contact with them to see if they would make a caddy specific awning as there is a market for it, but unfortunately sounds like it's gone on to deaf ears.
Photographer & Caddy Conversion-er
Instagram Photos: neil_irwin
Instagram Caddy: caddywupz
Top

Unlike the T5 the caddy has different rear door sizes, so it fits well on one side, but not the other.

The pole holding the doors apart holds right between the doors, but with the low roof line of the caddy, I kept bumping my head on it...then the whole thing collapsed!

Keeping my eye out for a side awning one now. That way I can lock the door and leave it up. The rear one is a PITA if you wanna leave the van for a few minutes. Gotta remove it all to lock the van.
Top

https://sheltapod.com I'm thinking of getting one of these has anyone got one?

Be a pretty sweet idea for Glastonbury

Some awesome ideas on here!
Top

My set up Vango 'Noosa' low & windbreak at camperjam 19 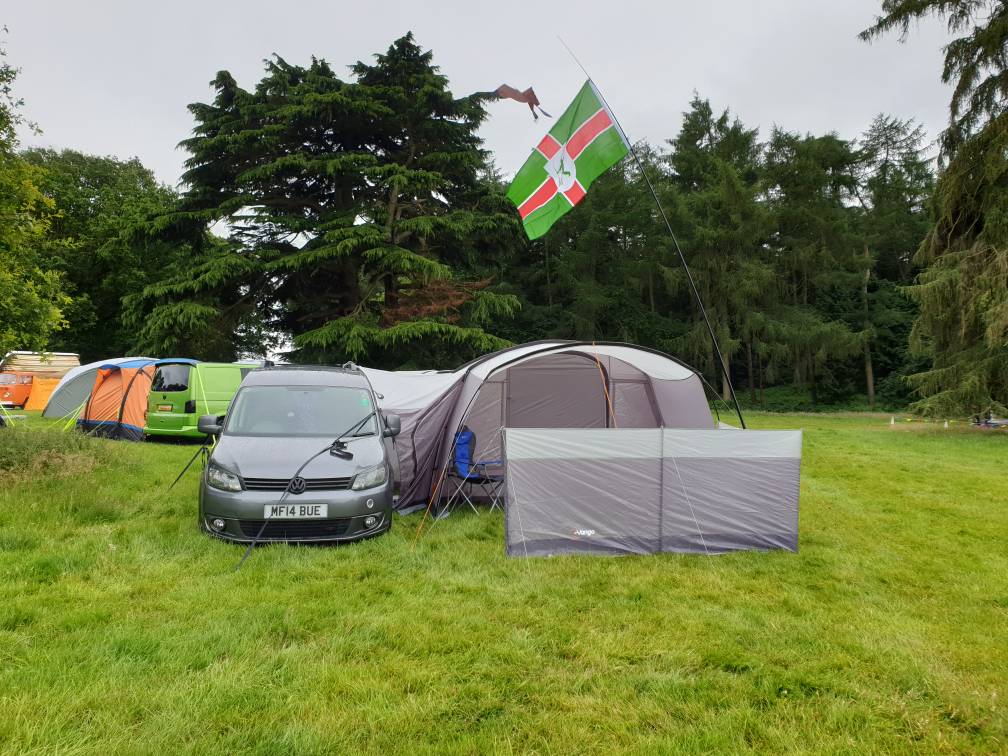 Great thread. I have been wondering about an awning, do many people sleep in the caddy and use the awning for space or sleep in the awning whilst keeping everything in the van?
Top

Mattherat wrote: ↑Mon Oct 28, 2019 3:18 pm Great thread. I have been wondering about an awning, do many people sleep in the caddy and use the awning for space or sleep in the awning whilst keeping everything in the van?

If you have a good bed setup it's way better sleeping in the van. I set up a small dome tent to store all the stuff that would take up space in the van (cooler, etc.). The van is quieter, darker (assuming you've dealt with the windows properly), less bothered by wind or rain. I always joke with people that ask me what it's like sleeping in the van, I say "it's like a double room in a Japanese hotel".
Top

By now you may have seen a few of these pictures on my main thread but this is my Olpro Cocoon Breeze Inflatable Campervan Awning.

The awning with the extension (The area with the cooking gear) is huge! I reckon I could park in it. When searching for an awning I wanted something big enough to keep all of the kitesurfing gear as well as the camping gear in and would be suitable for trips longer that a couple of nights. It had to have a stitched in floor and be inflatable. Options here in Australia are limited and way overpriced. So importing from the UK was the best solution.

As you can see from the pictures I just used the included straps over the roof of the van to secure it to the awning. I do have a magnetic figure of 8 mounting system but have yet to sort that out.

Being the first time using this setup I pegged out all the yellow storm straps as well as the guy ropes. This seemed like overkill but I was keen to try everything. I also installed the inner tent although I didn't intend on needing it.

On the first night we had loads of rain and 20 knot winds, gusting up to 30 knots.

Got to say the setup worked great (Keep in mind that I was sleeping in the van so to be honest the whole thing could have blown away and I wouldn't have noticed until I woke up). There was no water ingress anywhere. The awning was obviously moving around in the wind as you would expect but it handled it with no problems. 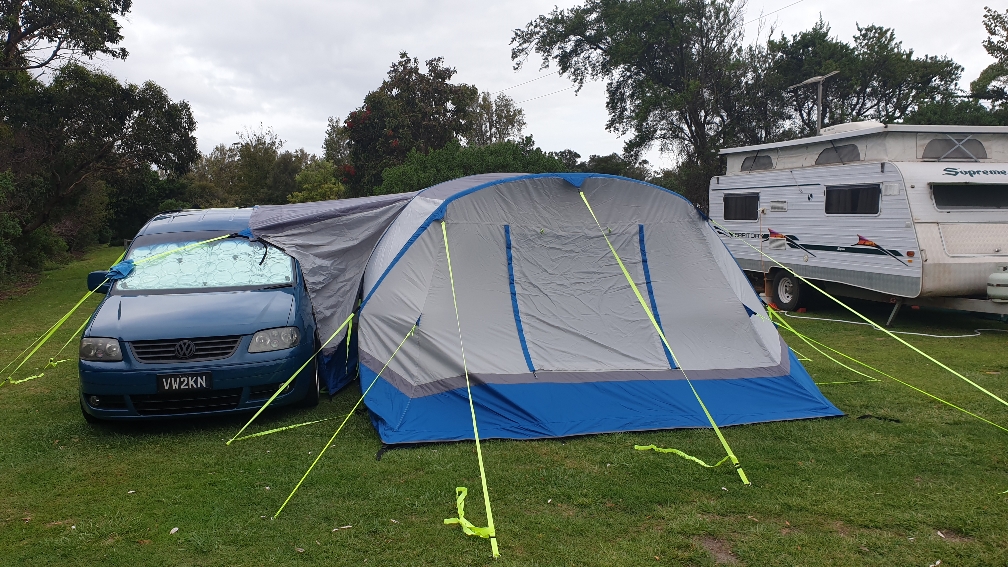 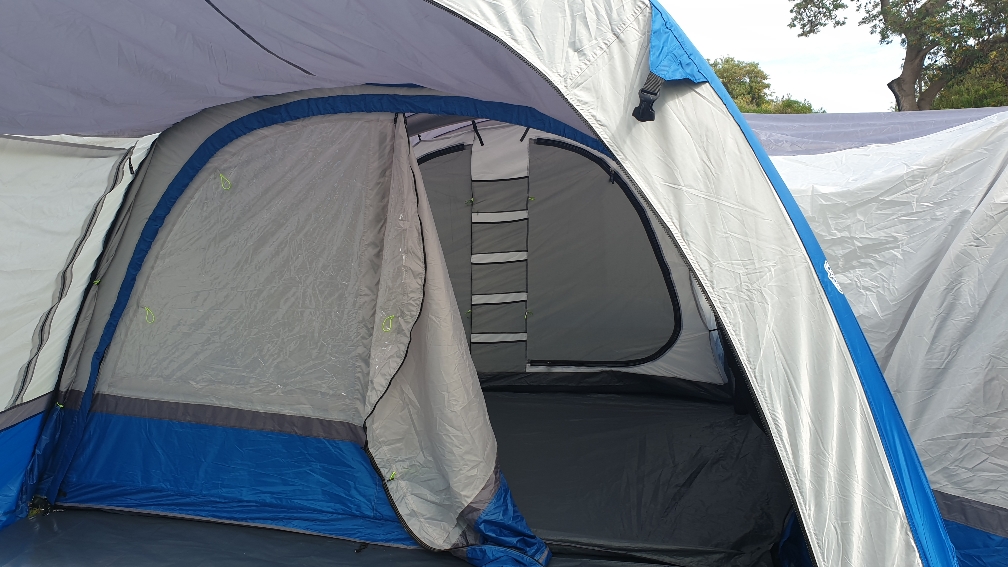 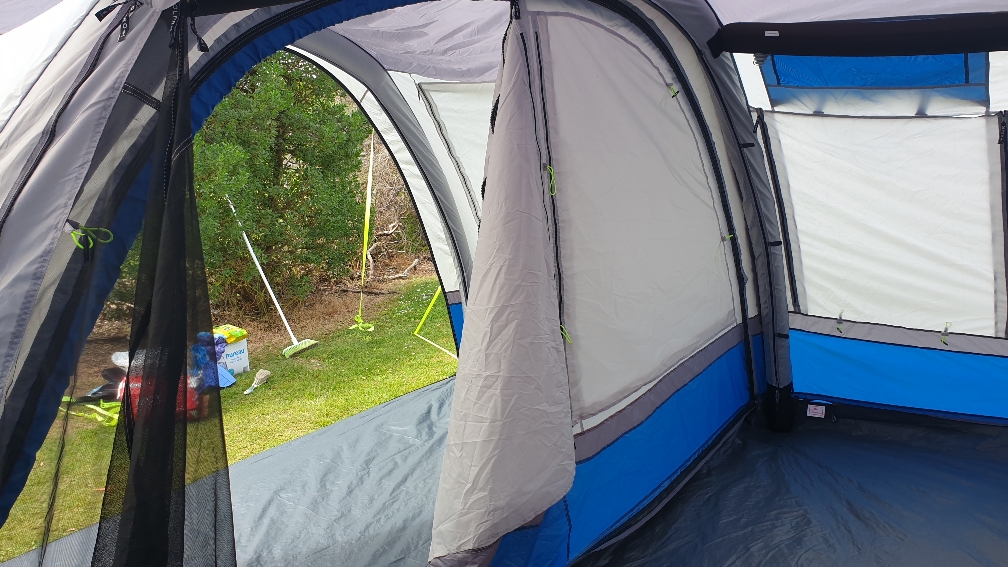 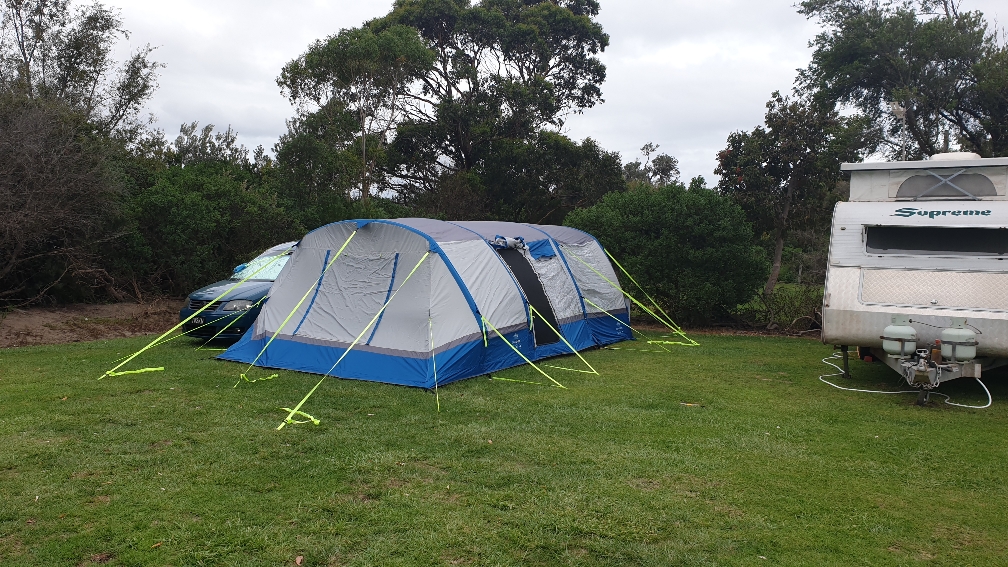 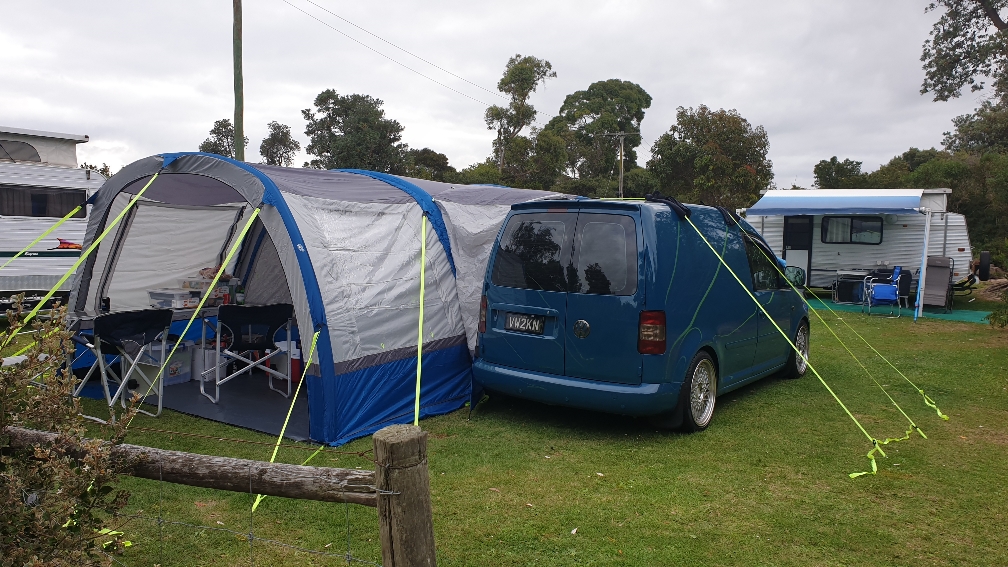 Sent from my SM-A505FN using Tapatalk

@James01 Agree! Its a big price jump from the awning to the tent too!

If you're going to go all out how about..... https://www.glawning.com/collections/glawnings
Top

Re: RE: Re: caddy tent/awning

Tent looks a good fit, have had to customise it seal good to van sides and roof?
Top
Post Reply