Hello everyone. I’ve owned my van just over 2 years now, and I’ve never really thought about doing a build thread as I only intended to do a few little mods, and didn’t think it worthy of such.
However one job turned into another and every job was ‘my last mod’ (how the missus laughs when I say that)
After reading many build threads and seeing some amazing vans, I started to think a little........then I left the handbrake off one afternoon and the van rolled back and hit 2 bollards exactly on each rear corner.
Time to get the metal repaired and black back bumper sorted or colour coded....I decided on the latter and went for it!

As I never intended to do this, the photos are a bit thin on the ground. It’s not going to be a ground breaking build but I hope it inspires someone out there who’s unsure how far to take it in terms of mods. 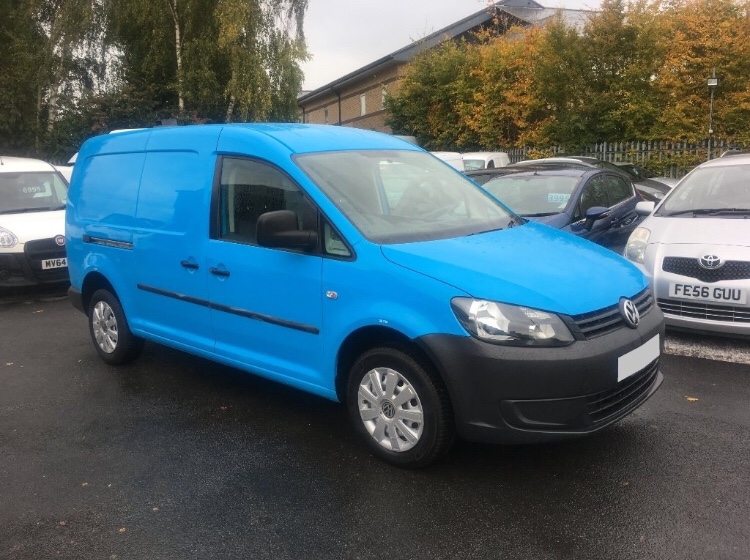 This was the van when I picked it up back in February 2017. I’d just part exed my A8 that had a few issues with the gearbox and suspension, so was a bit gutted to be honest but I needed a van. I was potentially looking at a good few grand to sort the Audi, and at 10 years old with 150k on the clock, I decided to let it go.
More to follow.......

Ok......now I’ve had a rummage through my photo album, I’ll crack on...first mod was to fit an eBay special arm rest. Not the best quality I have to say. 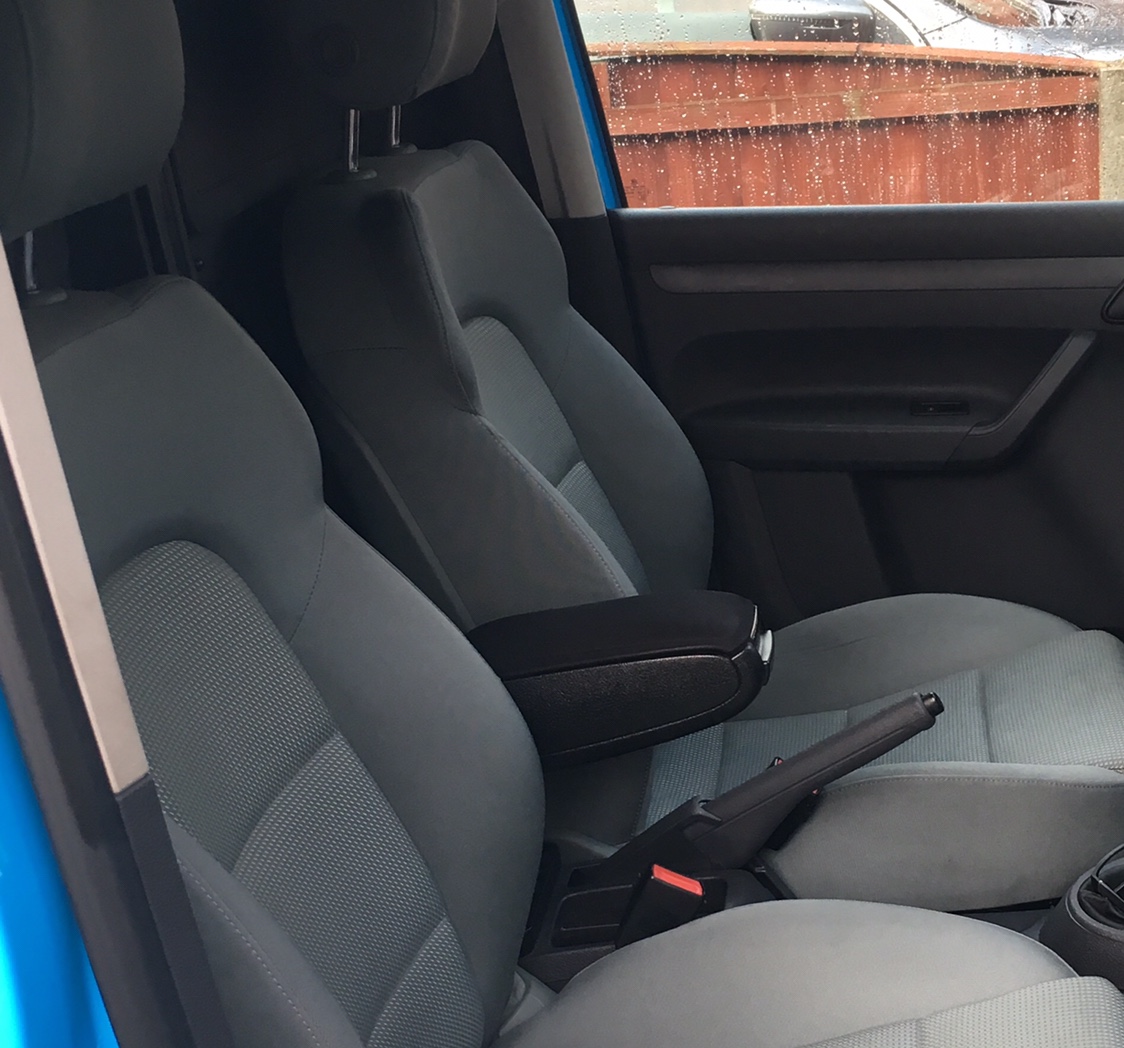 After having a little look on eBay (very dangerous) I found these little bits to jazz the naff steering wheel up a bit... 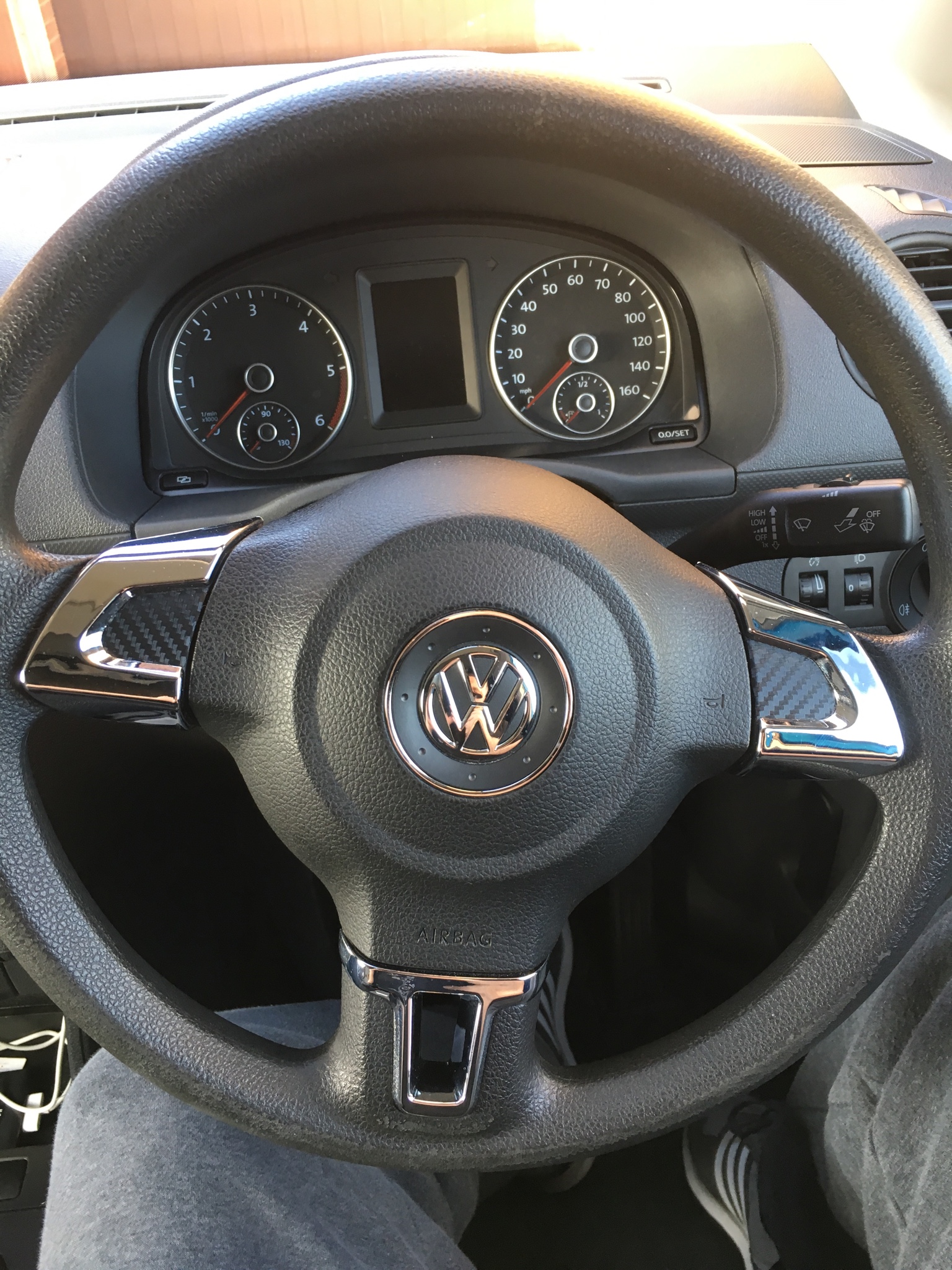 Found those little aluminium vent rings, again on ebay, I thought they made quite a difference, and a nice cheap mod 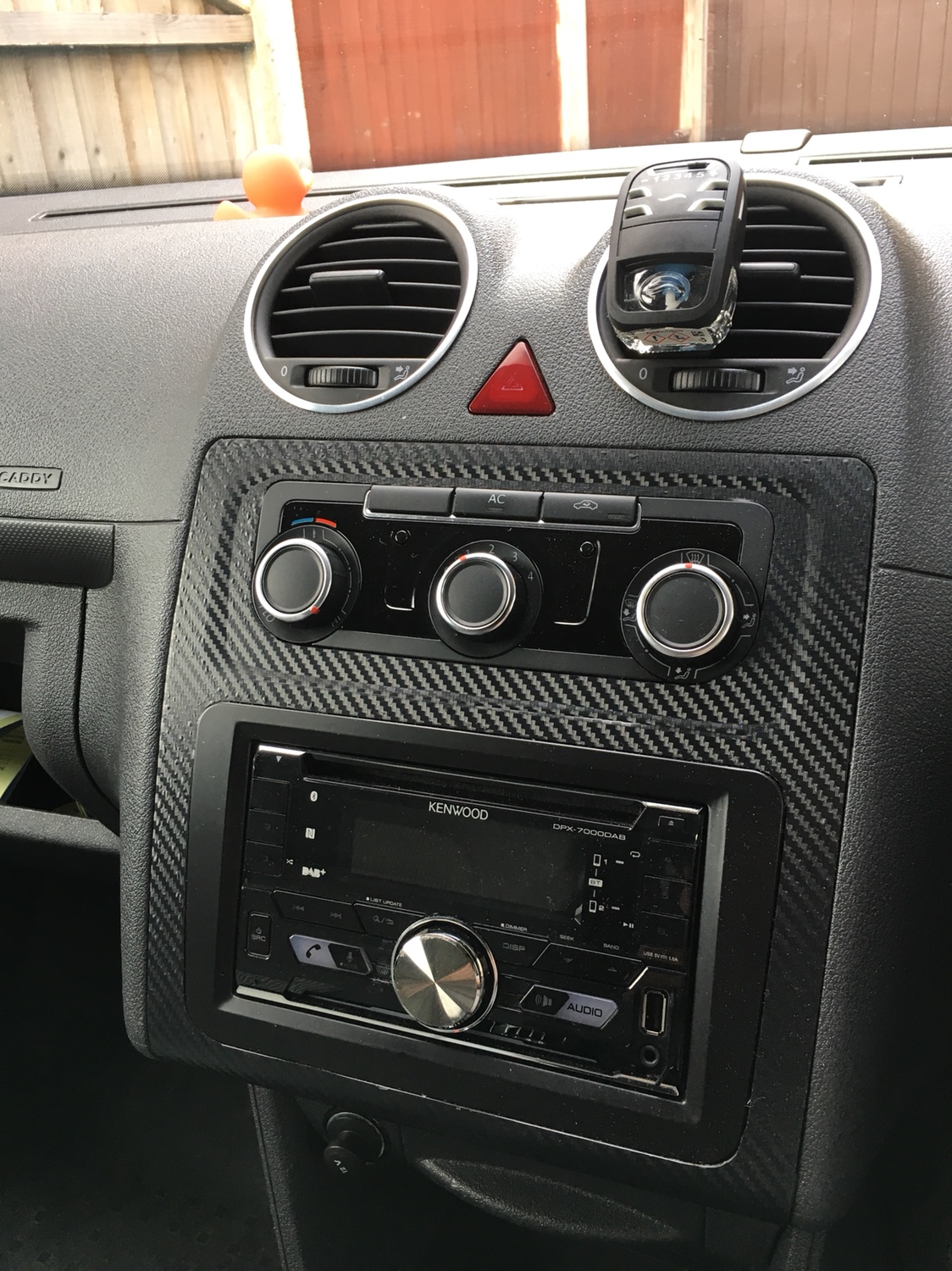 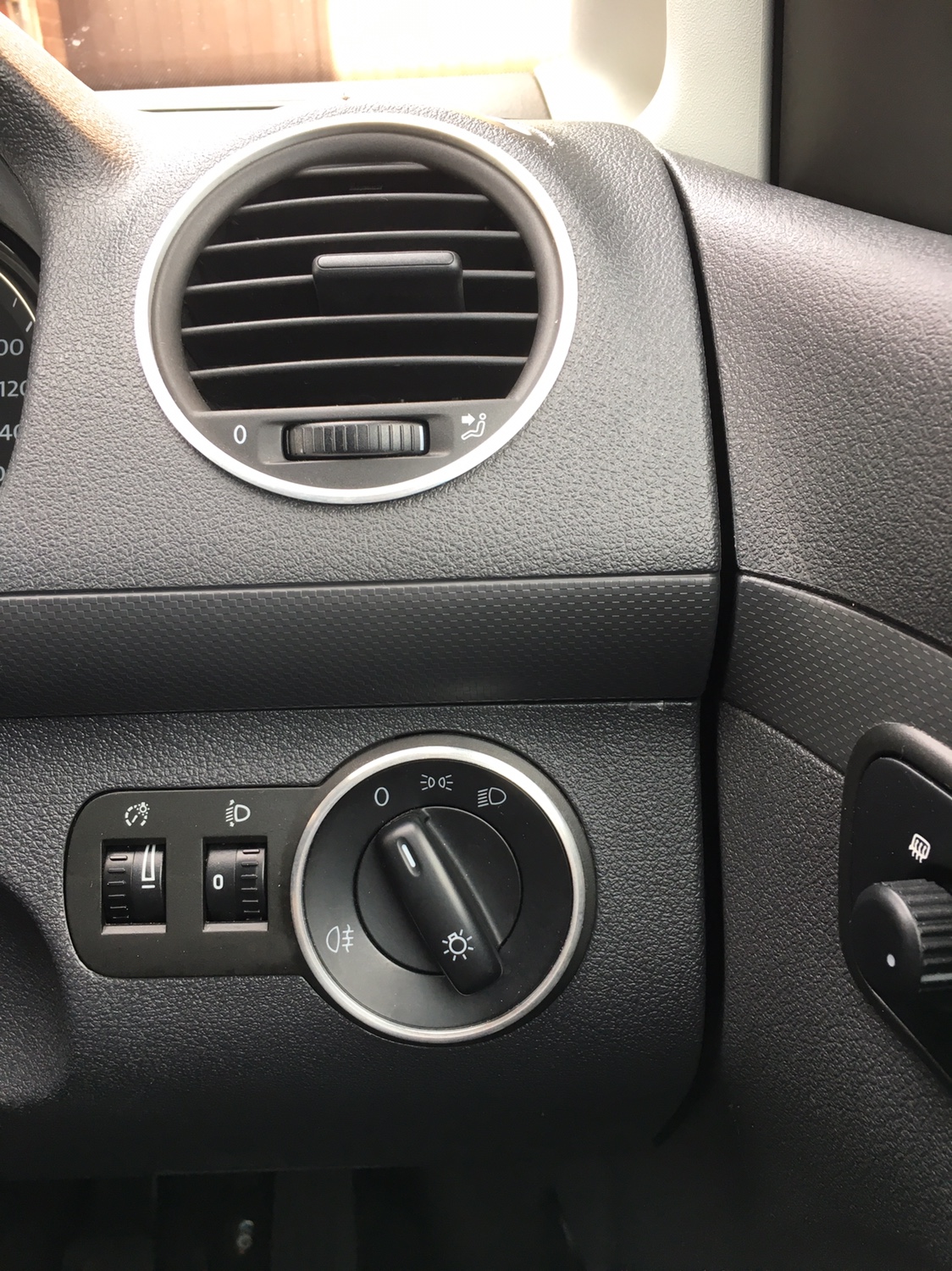 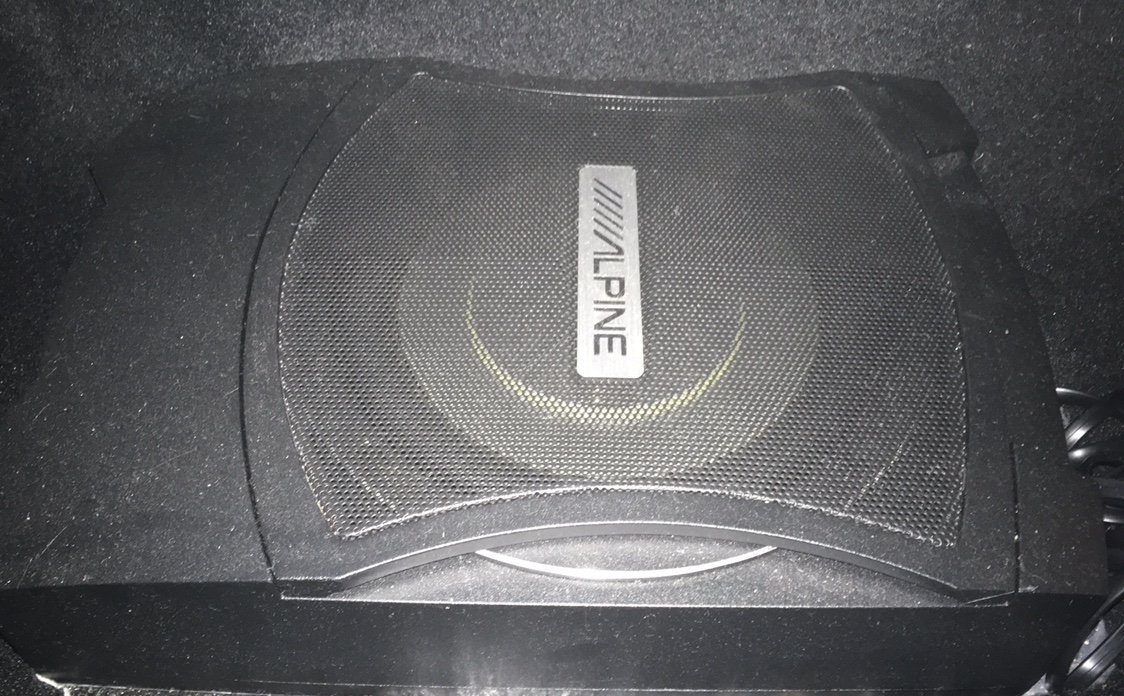 Soon after came a decent stereo. Kenwood dpx5000DAB, with Clarion 16” speakers in the doors, tweeters in the dash and an Alpine underseat sub that has plenty of punch for an 8” speaker! 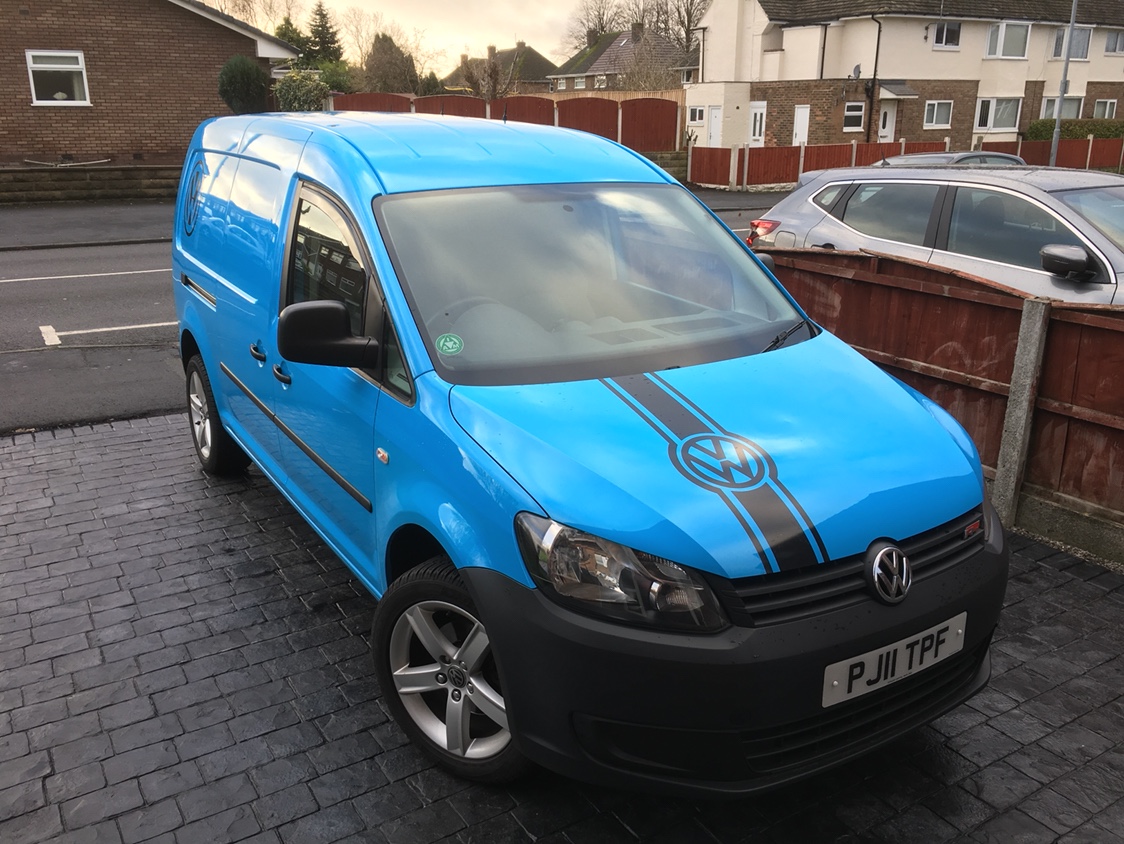 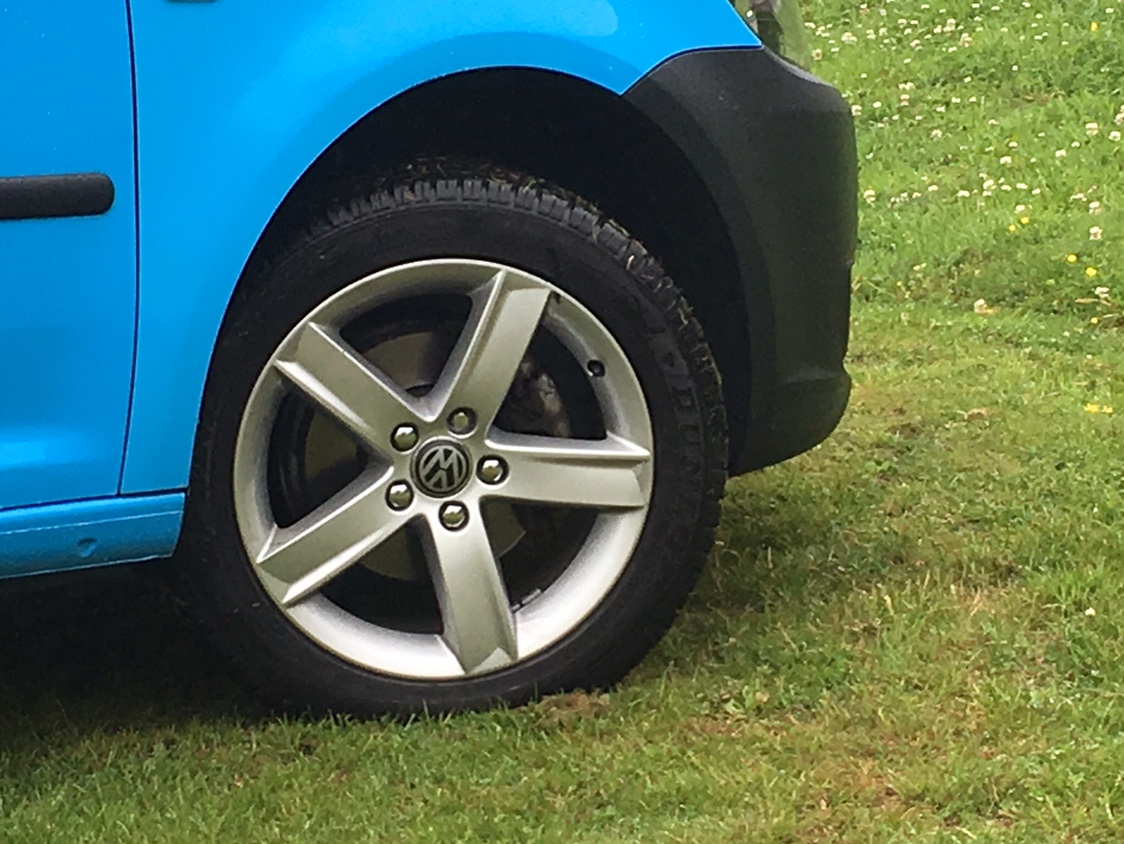 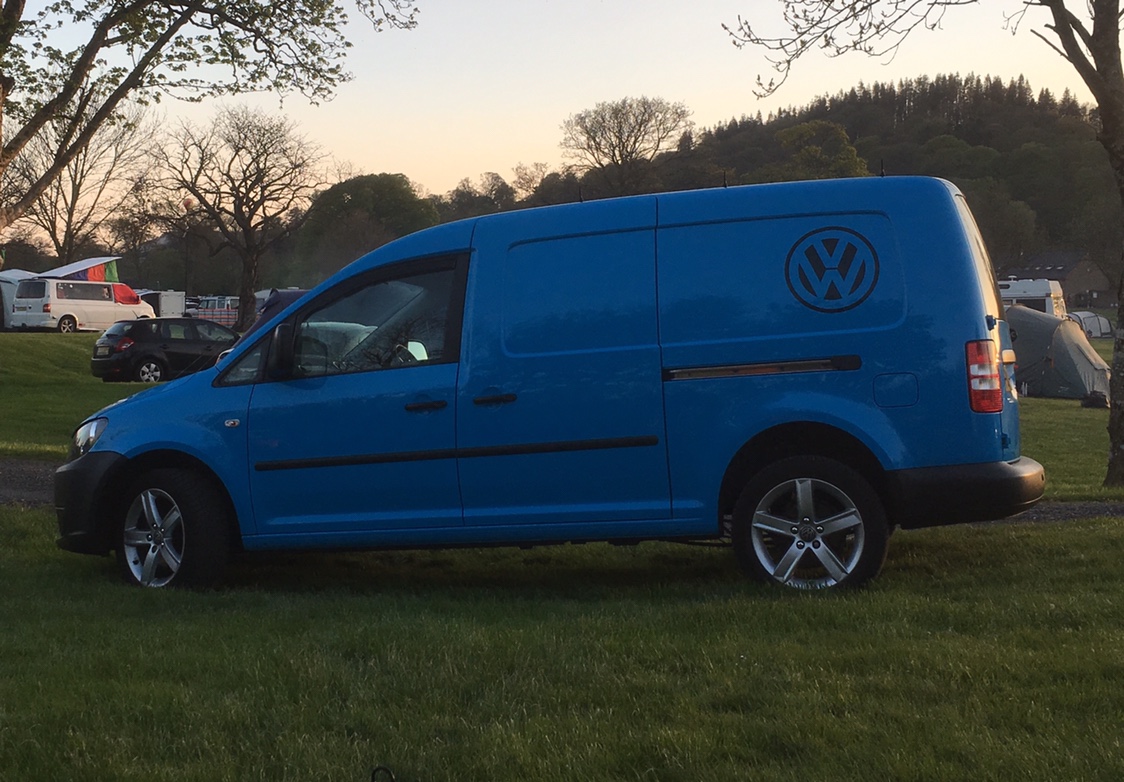 Also added a bonnet stripe and VW logos on the side to break up the blue a bit.....not everyone’s cup of tea but I like ‘em!!

Next, came a new gear gaiter and handbrake cover, both from eBay. Soon after came a silver handbrake button from TPS. The bloke in there knows me now, as I’ve bought a few bits.....new third brake light, barn door hinge. No doubt there’ll be more to buy!! 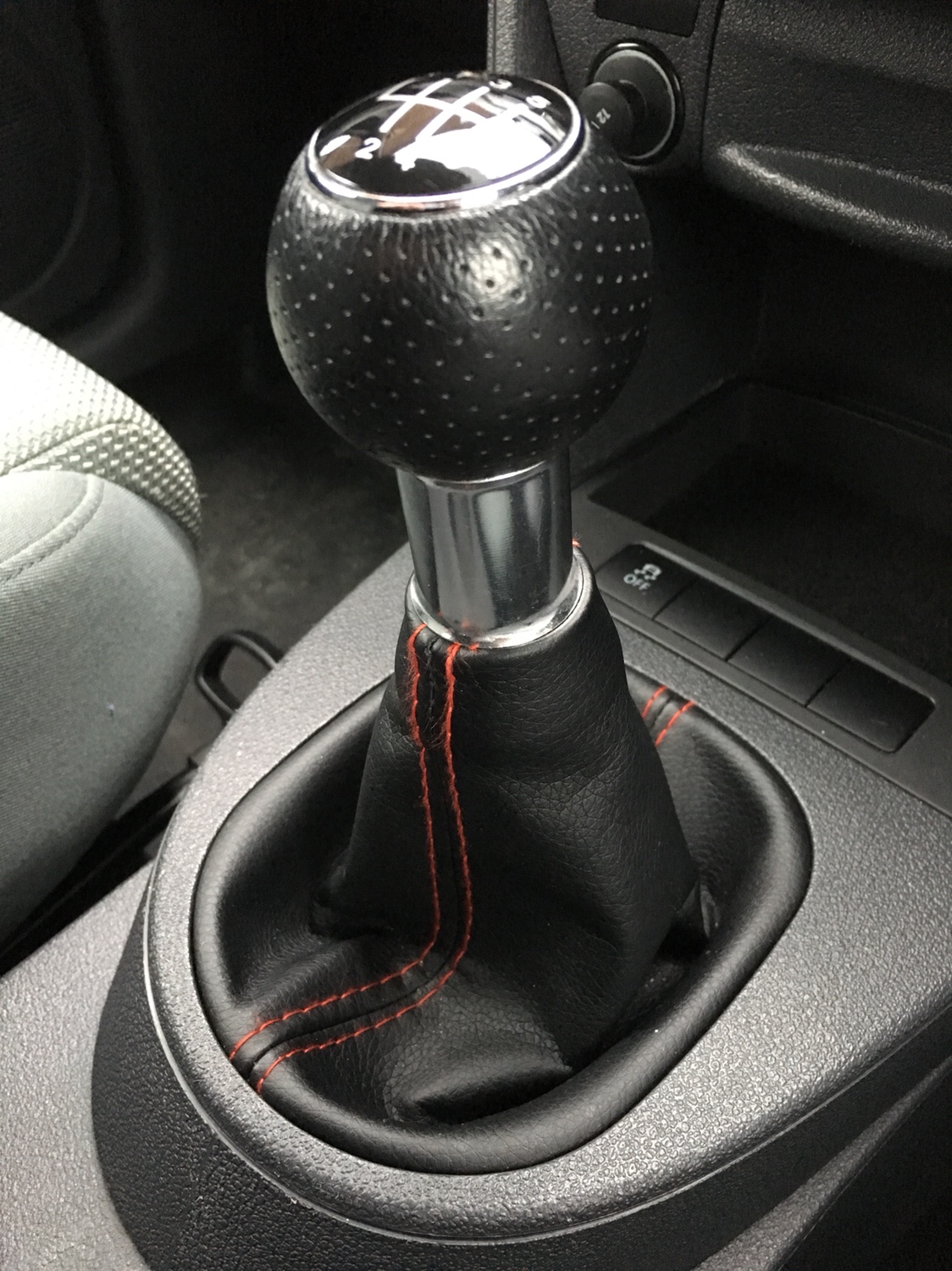 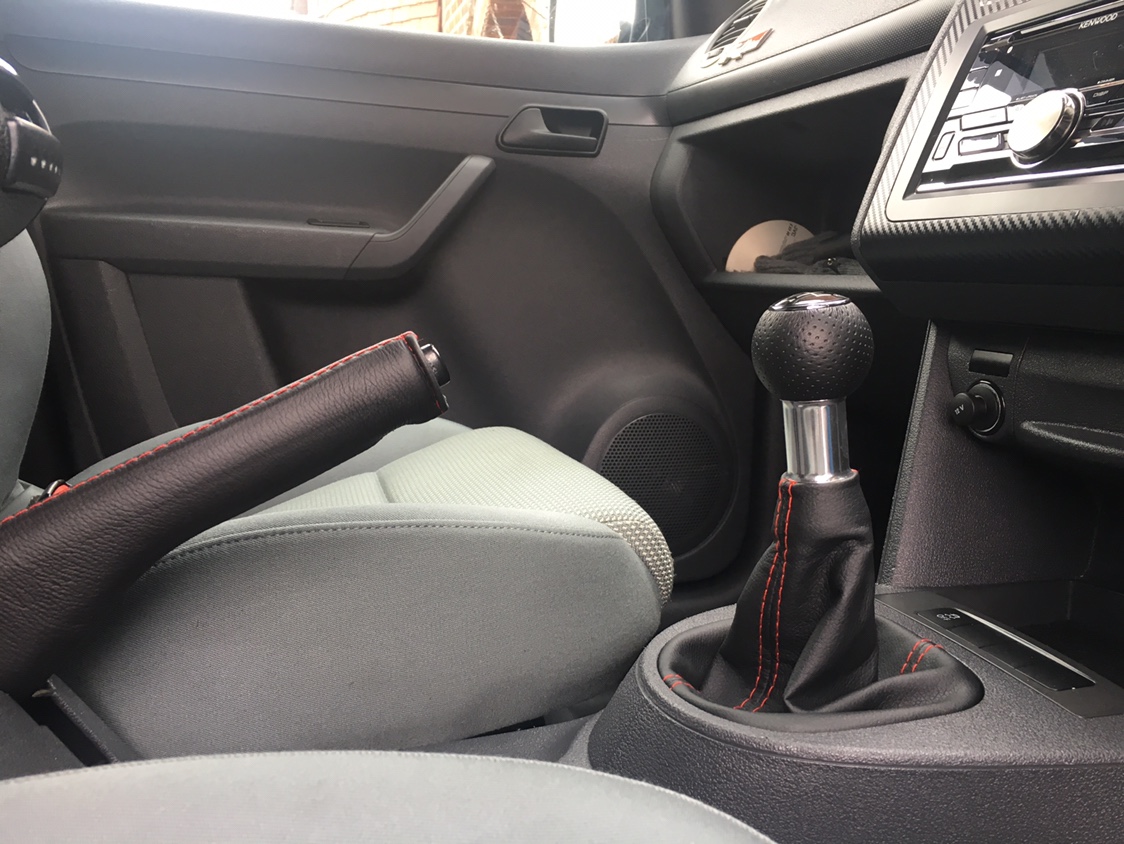 Thanks mate, there’s more to come when I can find the photos

seeing your build has helped kick me into action

what's the gear knob from is that OEM?
Top

Hi Glen, it’s not OEM but an Audi A3 style one if I remember rightly. eBay special mate.

Thanks mate. I like the red accent thing.....little stripes. Stitching etc.

Now all that’s been done. I decided to do the w8 light mod. I bought a light from TPS and loom on eBay and set to work. I didn’t enjoy putting the A pillar trim back on and lost a few clips.....another visit to TPS

one tip I worked out here is if you’re having difficulty, put a bit of kitchen roll in the hole next to the dash, this’ll catch any clips that fall off. Once the trims fitted, remove the kitchen roll.
I caught the roof trim making a hole for the loom and put a little mark on it. I wasn’t happy! 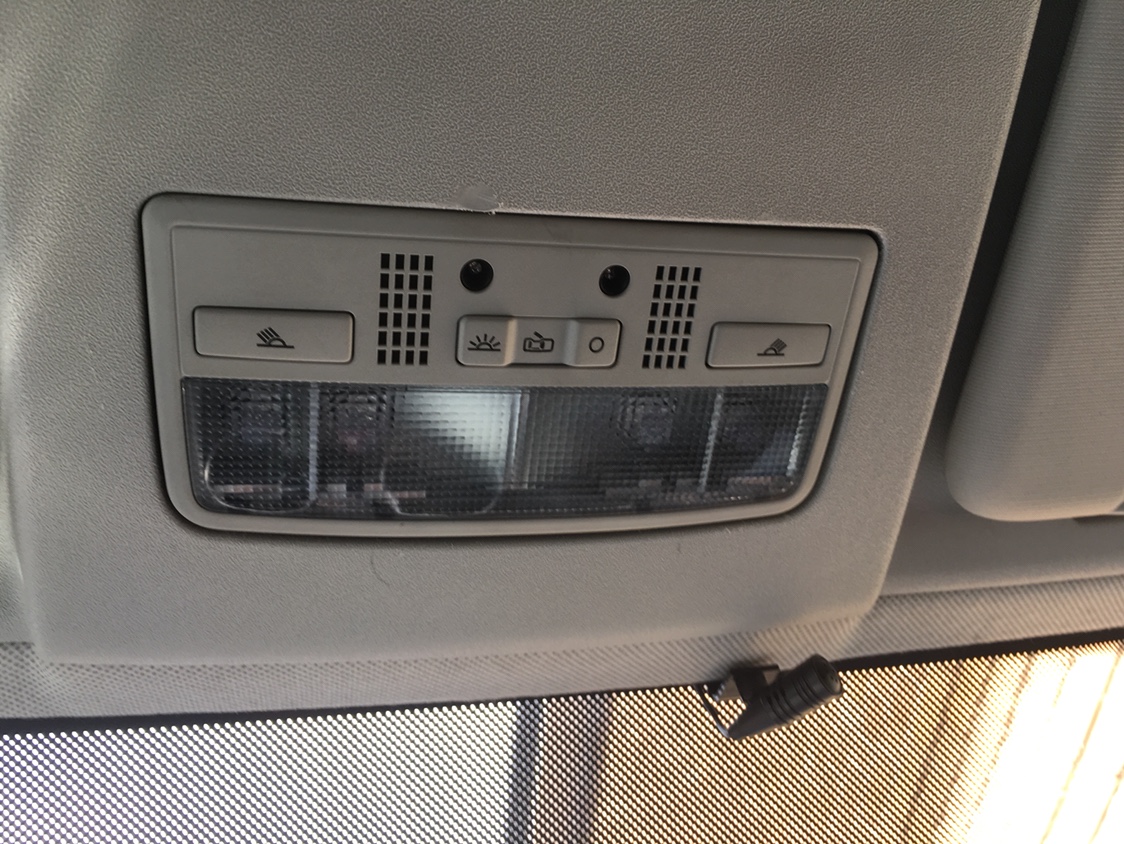 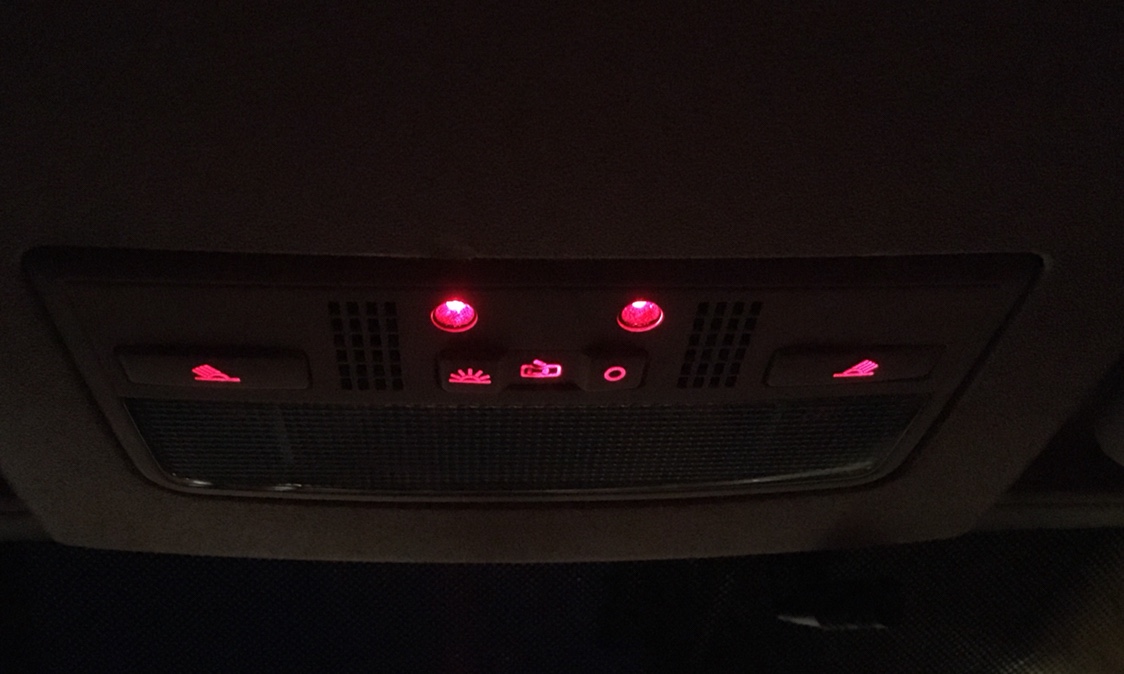 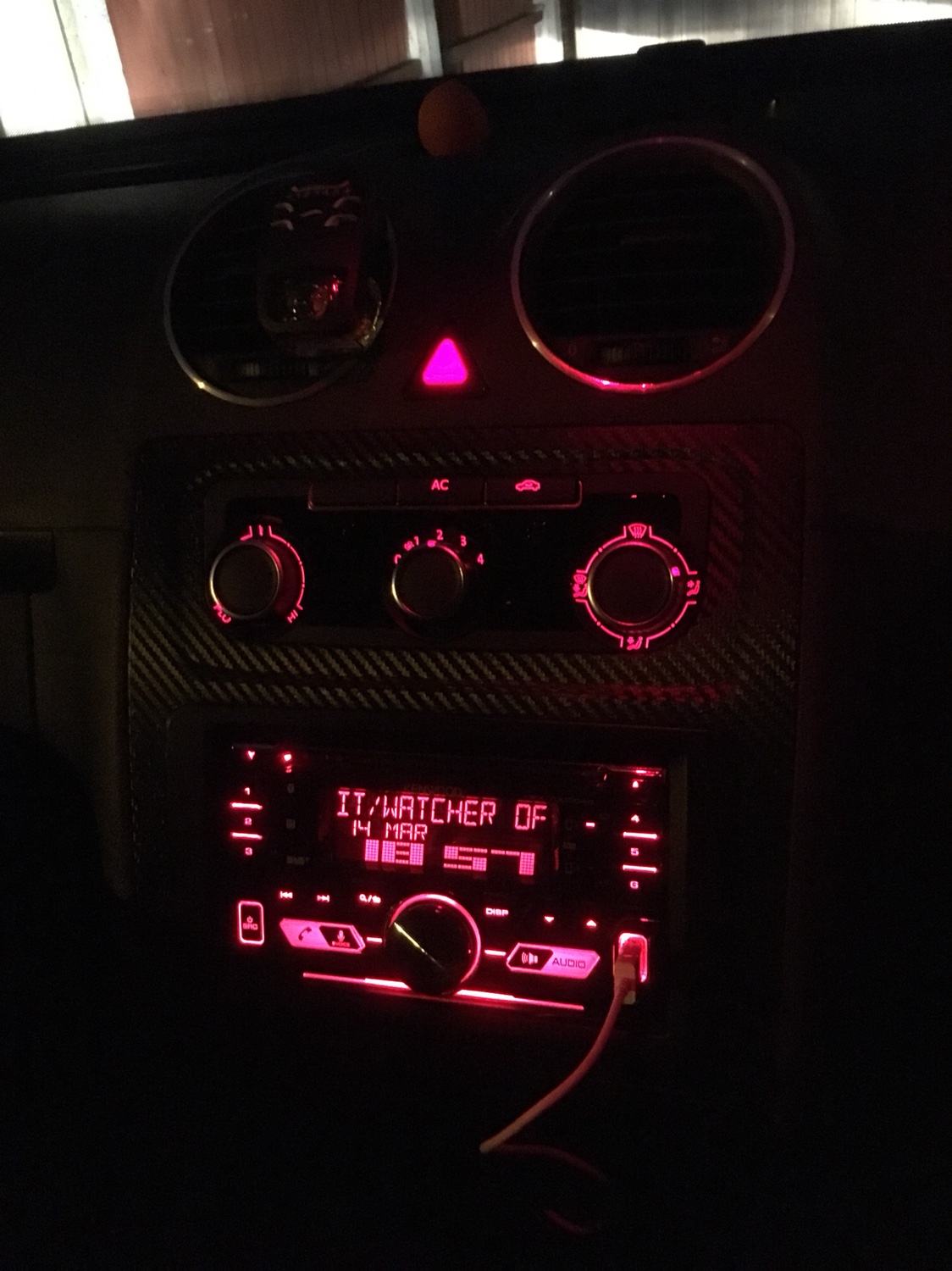 Sent from my iPhone using Tapatalk
Last edited by the swan fiend on Fri Mar 15, 2019 11:36 am, edited 1 time in total.
Rescue me from the swans in me
Top
Post Reply